I’d been following the news about Miika for a few weeks now, because it incorporates the optical illusion mechanic similar to that seen in Monument Valley, of which I’m a big fan. The game is finally out and I’ve had a chance to play through it. So does it live up to my expectations?

As it turns out, Miika is this little 3D three-tailed raccoon-like character. He paces back and forth in this 3D space on a piece of platform. Your job is to connect another platform the the one he’s on so he can walk, piece by piece, to the destination point. What’s really unique about it, though, is that the entire control scheme is the camera. At first sight, the platforms appear all disconnected. But if you rotate the camera just so, two platforms will now appear to meet, and Miika can walk onto the next one. This felt a bit like Back to Bed to me, or how I wanted Back to Bed to work. 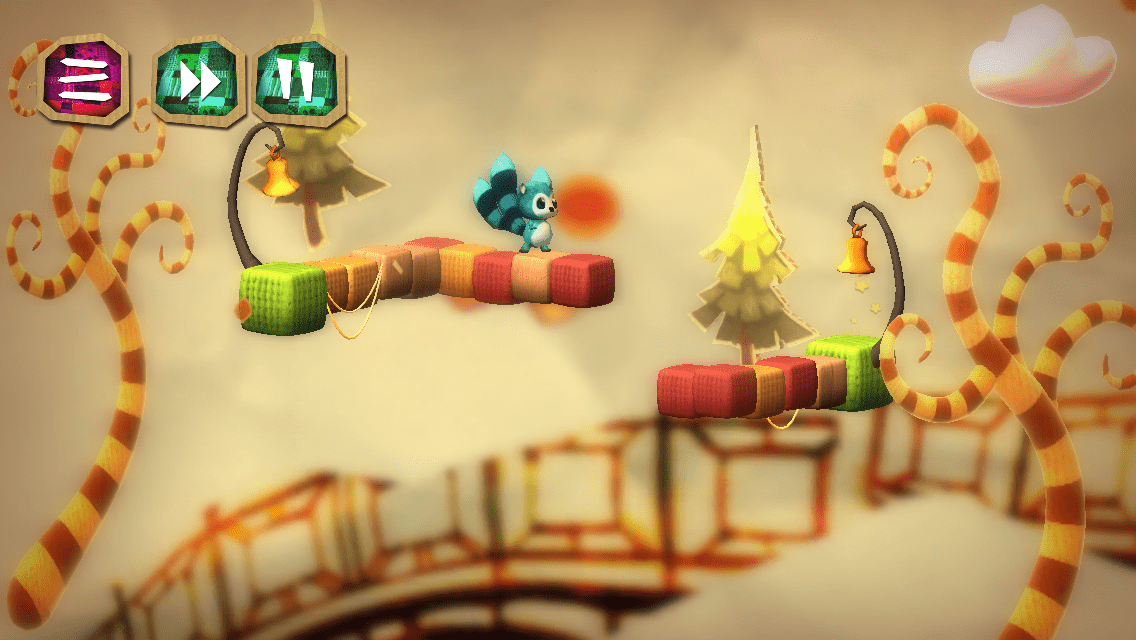 I really like the simple idea behind this, especially for touchscreens. It means you can play with one hand, and it feels very natural, like you would control the camera in any game that allows it. At a basic level, it’s a great idea. But as levels get more complex, there are a few frustrations to be had, although nothing game-breaking.

There are twenty-four levels in the game, broken up into four worlds named after the seasons. Each world has a new visual theme that uses the colors of that season. Each world also adds a new mechanic to the game.The second world, Winter, introduces pillars that you can use to cover a gap, instead of bringing the two platforms together to close the gap. I didn’t have much trouble getting these to work properly, so the Winter levels went pretty well. 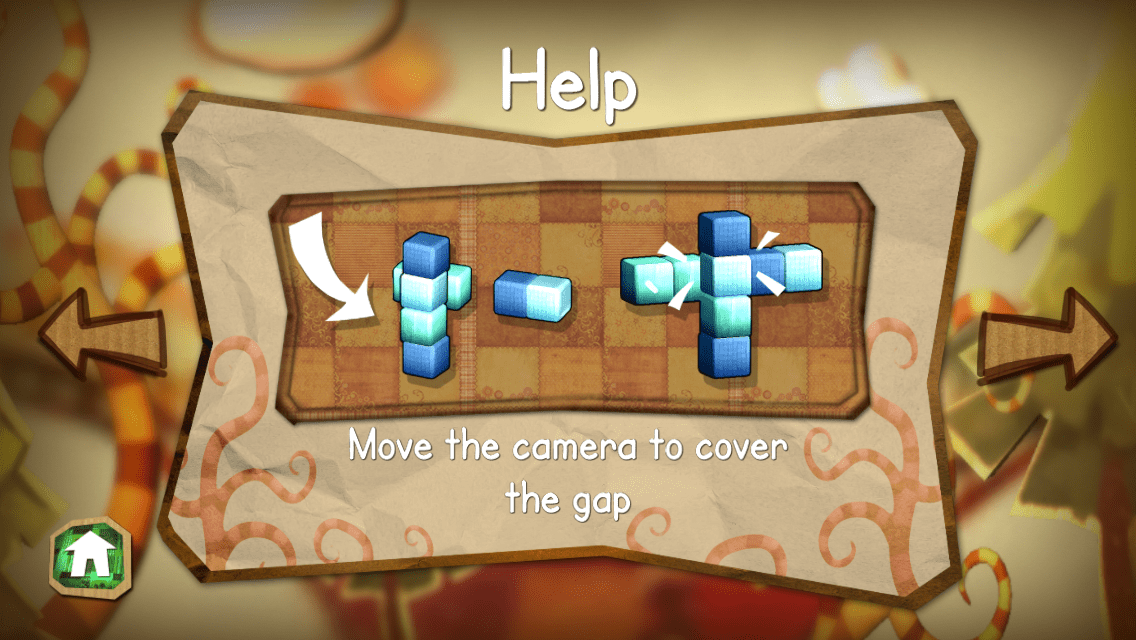 Later on in the game, you’ll encounter holes, which Miika falls through. The idea is to get the hole above another platform for you to drop to, but the game doesn’t always agree with you what constitutes a good spot to fall, so Miika just falls through space and returns to the same platform. This is where things can get a bit frustrating. It means that much of the time spent figuring out the solution is due to the mechanics being a bit too picky. 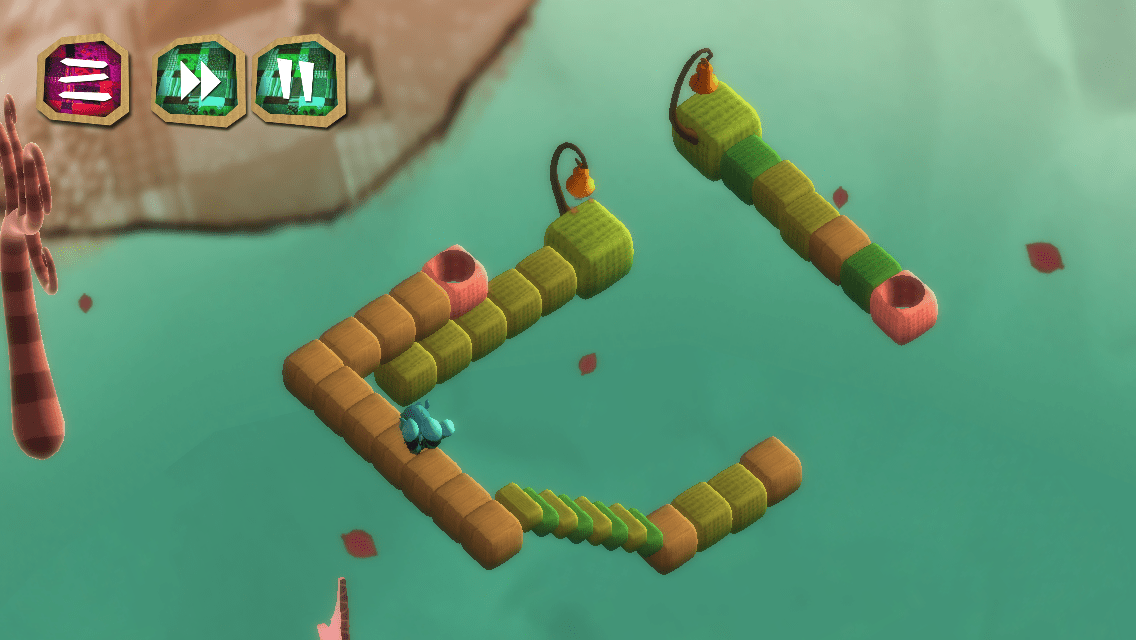 I would have liked to see it polished up a bit more, to avoid situations like this photo below, where it seems like you should be able to hop right onto the final platform, but you can’t. Obviously that’s a good thing, because the level would have been over too quickly. But other times it just doesn’t like my solution because it’s not the solution. I think it would have been a more magical game if the optical illusions worked all the time, not only when you do exactly what the developer had in mind. 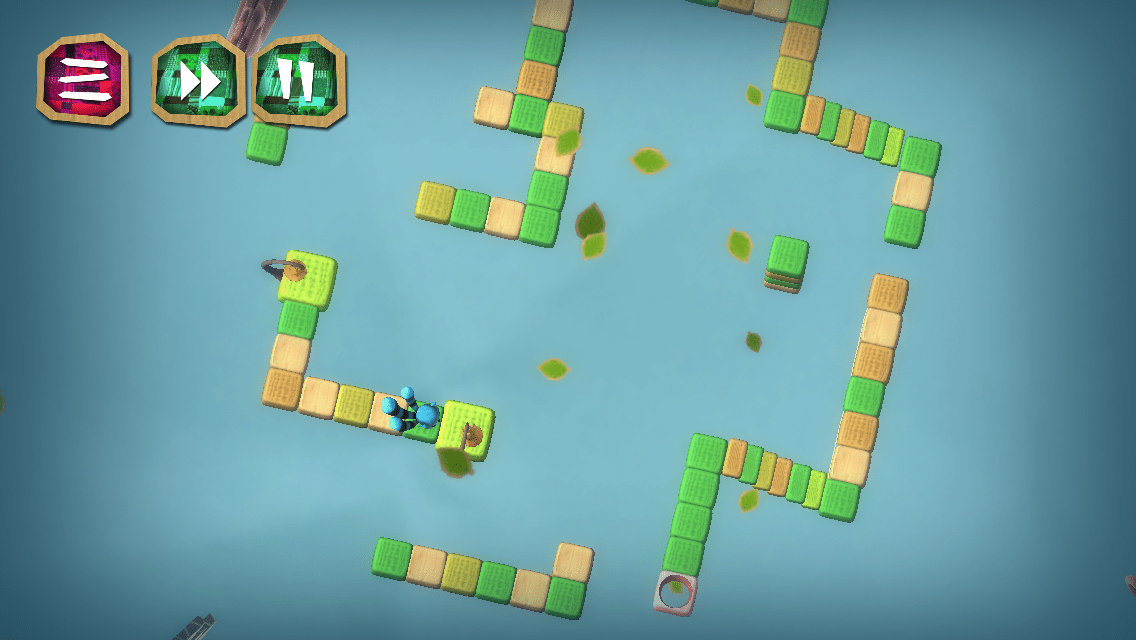 Despite miikabeing a short game, I ended up shutting the music off before completing it, because I couldn’t concentrate with it on. It’s too repetitive and distracting to me, but others may like it. I do appreciate, though, the option to turn it off. I also like that the developer added a fast-forward button, so you don’t have to wait for Miika to slowly walk the path when you know it will lead him home.

You also earn 1-3 stars for each level, depending on how fast you complete it. This offers some replay value for those who like to collect everything. There are no GameCenter leaderboards, though, so no bragging rights. If you’re someone who likes to take your time with a puzzle and not rush through it, you’ll be glad to know that there’s no real consequence for doing so. 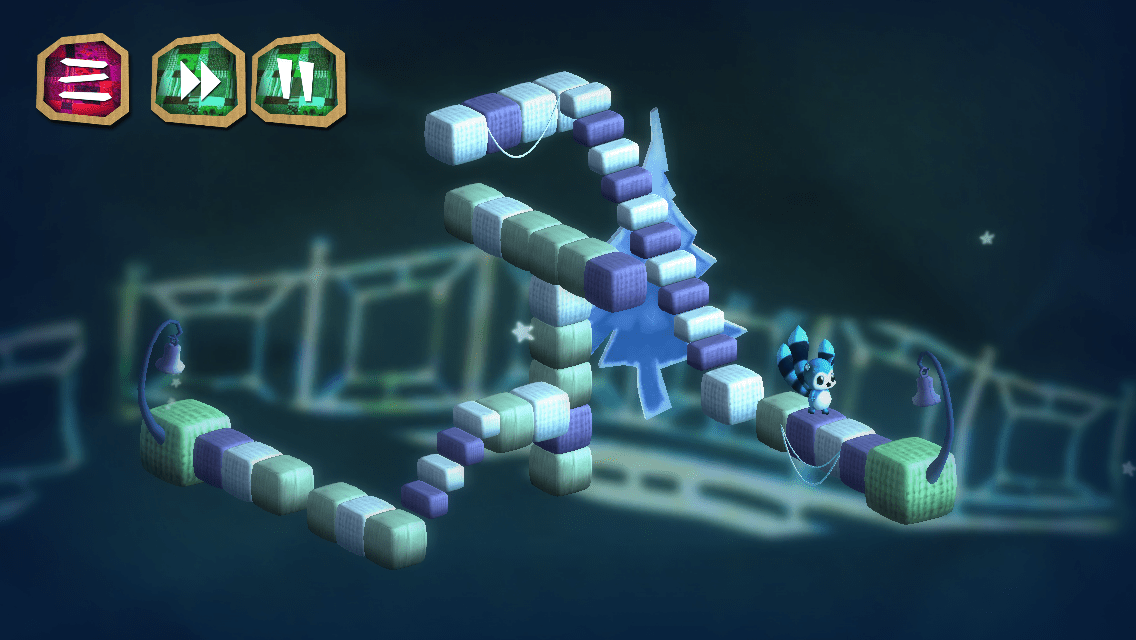 All in all, it’s nice to see something unique in the App Store, that’s free of in-app purchases (IAP) and has its own bit of character, even if it’s on the short side and in need of a bit of polishing. If you can spare a couple of bucks for a cute little puzzle game with an interesting mechanic, and accept that there’s only one specific solution to each level, give Miika a download here.[DKB url=”https://www.appunwrapper.com/Miika” text=”Download” title=”” type=”” style=”” color=”green” width=”” opennewwindow=”” nofollow=””]

If you’re already playing Miika and need some help, try my walkthrough.