Not too long ago, the developer of Go to Gold, Timur Nigmetzianov, contacted me to ask me to check out his game. The screenshots made the game seem very polished and I was curious, so I took a look. It turned out to be an incredibly well-made puzzle game that’s right up my alley. 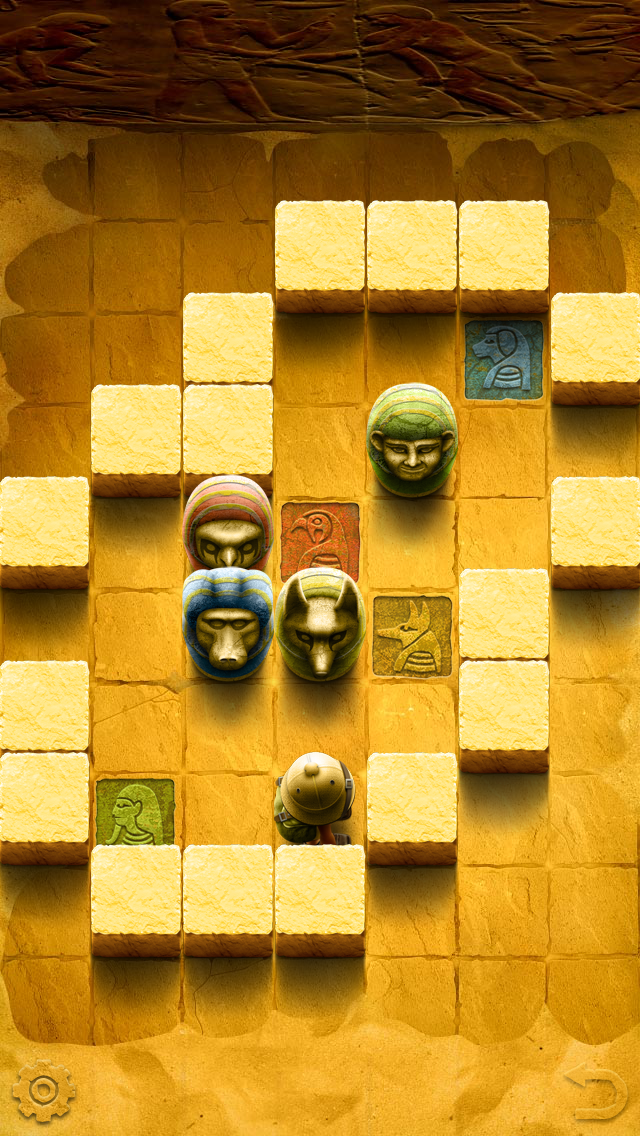 The game is simply a Sokoban puzzler, so it’s not anything groundbreaking. But the puzzles are challenging and well-made. I played the first four levels and got stuck on level five. I just could not see the solution. After some frustration, I realized that I could skip that level and try my hand at the others. The first map of levels was still giving me trouble. And then I explored a bit and realized all four maps (64 levels) can be played from the very beginning. That’s where I really got hooked. I’ve since gone back and completed level 5 and many other tricky ones, instead of getting annoyed with the game and never seeing past level 4. 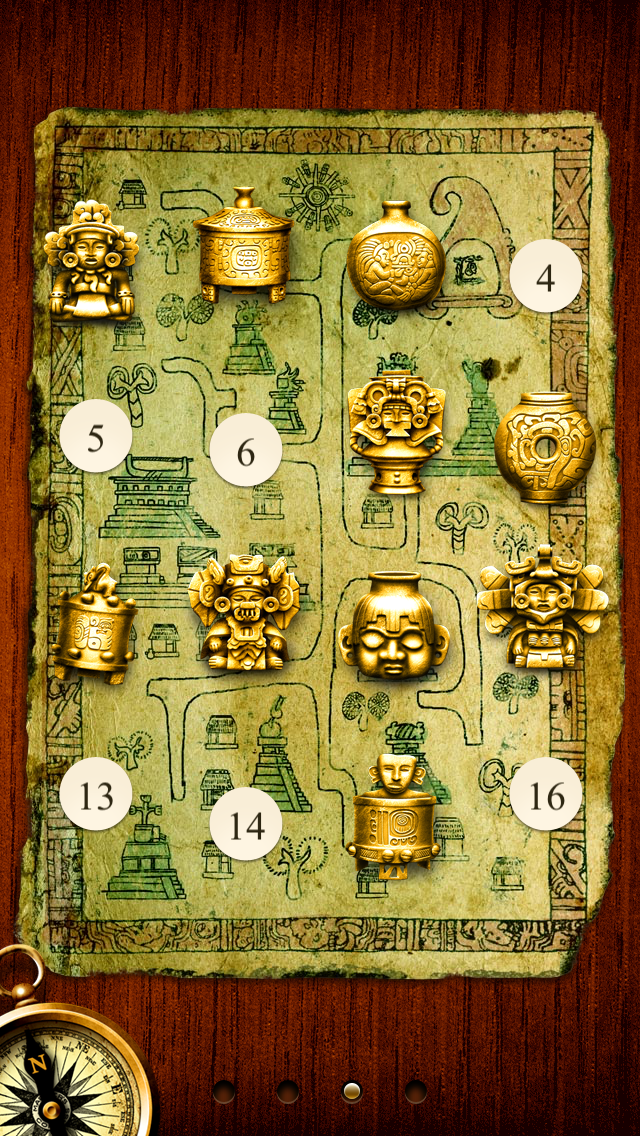 I’m so used to having to stick to one (or maybe a few) levels before I can move on, that this came as such a surprise. But it was a very welcome surprise. Instead of staring at a level for hours or weeks until something clicked, I could try my hand at any of the 64 levels. Since each map is very different, each player may find certain maps easier than others. This makes it less likely that someone will give up on the game before completing it. If they get stuck on a level that they can’t skip, they’re more likely to quit the game, or seek out the solution elsewhere. I write a lot of walkthroughs, and I see this happening a lot.

Granted, there’s no story in Go to Gold, so the flexibility works. In games with a narrative, it might be necessary to have linear progression. But there are so many straight puzzle games that lack narrative and still force this upon players. I get that sometimes the linear progression is used to teach the player about new puzzle elements introduced to the game. But maybe give players a little more credit that they can figure it out?

It’s not even necessarily about making it easier for players. It’s about variety and keeping things frustration-free. If a game has several “worlds” that each offer a different experience, why not let players play whichever one they’re in the mood for? Forcing people to play in a linear fashion means they complete an area and likely never go back unless there’s some challenge they want to go back and achieve.

Some developers use the locked worlds as another way to make money. Either by selling hints or a way to unlock all levels at once, they hope to get players to shell out more money on the game. Personally, I’m fine with this in a free game, but I think it’s a bit underhanded in a premium, paid game. If the developer has hints or the ability to unlock all levels, then they already expect this to be something players will want — and yet they don’t give it to them included in the price of the game. Still, I’m less bothered with the hints than I am with the locked levels. It’s almost as bad as timers if there’s no logical reason for the levels to be locked. Let players just enjoy the game in the order they want! 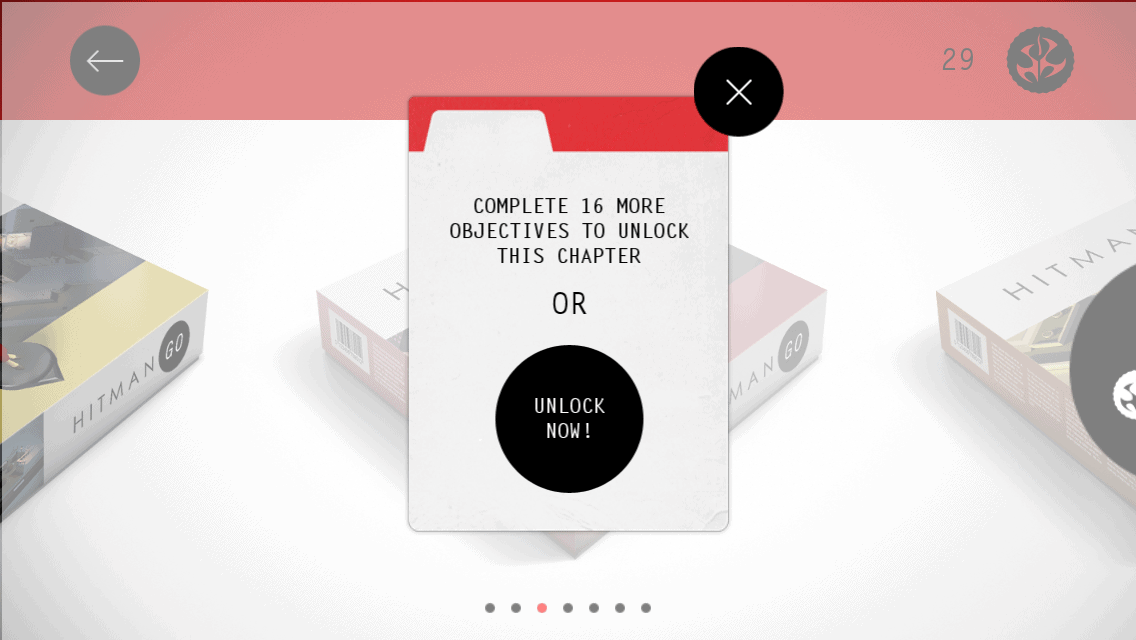 Granted, I’ve given glowing reviews to games that offer these extras for a price, and I don’t take those back. As long as I still thoroughly enjoy the game and am able to complete it, it hasn’t bothered me. Playmous’ God of Light is a good example. But Go to Gold‘s player-friendly model has made me hyper aware of this with all new puzzle games I play, or ones I revisit.

Those who use that method to earn more money probably won’t change their ways. I’m mostly hoping to get through to those developers who don’t even realize that players may want it, or that they don’t have to stick to the formula just because it’s been done for so long. Step out of the box!

One game that immediately comes to mind is Twisty Planets by FirstSight Games, published by Crescent Moon Games. In my review when it first came out, I noted that I would have liked to be able skip a level or jump around to different worlds. I had since completed all levels and deleted the game. Now, two new worlds have been added and I have to play through the first sixty levels again to unlock the new ones. Wouldn’t it have made more sense to simply have all the worlds unlocked from the start?

There’s also a game called Shadowmatic that’s nearing release (although no date has been set yet). The developers have already revealed that there will be in-game hints that can be purchased. This makes me fear that they will also force players to unlock levels in a linear fashion, even though it looks like a game that would benefit from having all levels available from the very beginning. You can see a gameplay video below:

Like Go to Gold, the game seems challenging but casual and relaxing. It has no story (from what I can tell) and each level appears to be self-reliant. I could totally see keeping a game like that on my device and chipping away at various levels until I complete them all. I hope this is what they have planned, and I hope other developers will start considering this as an option versus the common linear progression that developers seem to be married to.

Update: Shadowmatic has been released, and it has a semi-linear design. You usually have 2-3 levels you can work on at the same time. So, as I predicted, the game would easily lend itself to having all levels unlocked from the beginning, but it doesn’t. I also hit this wall because I found the world 5 levels easier than world 3 or 4. You can see my full review here. 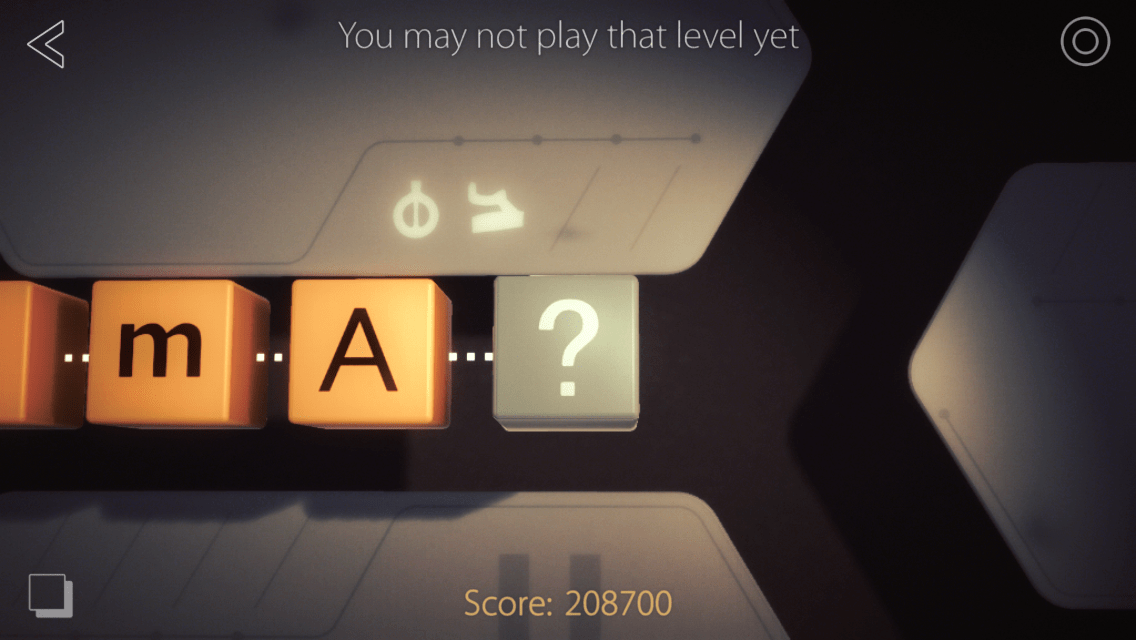 What do you think about this? Do you agree or do you think the linear model works fine? Share your thoughts in the comments!