A little while back, I wrote about Glitch Games’ next point-and-click adventure, Veritas. At that point, though, not much was known besides a vague plot description and a couple of screenshots and GIFS. Oh and a surprisingly detailed fake website for the company in the game, Veritas Industries. Well, they’ve been working hard on the game and recently sent a short demo build out to some folks, including yours truly. I didn’t want to post a video of the entire demo, just in case the puzzles make it through to the final version. But I made a short little video to show you around the facility and highlight some new features they’ve added, along with the usual Glitch humor.

In the video above, the graphics, navigation and puzzles are all very much in the Glitch style we’ve come to know and appreciate. But you may have noticed their camera got a bit of an overhaul. Each photo looks like a Polaroid and they have buttons on them for saving to your phone’s camera roll, sharing to social media, as well as advanced editing tools that let you change the color and size of the pencil. But the really cool thing about them is they can now act as in-game hints or feedback. Certain photos you take will have some text on the bottom giving you some indication that there might be more you can do there or just confirmation that it’s an important clue. I thought this was a really clever way to go about it, as it fits seamlessly into the game without having a separate hint button. If you’re stuck and just look through your collection of photos, you might find something to nudge you along the right path. 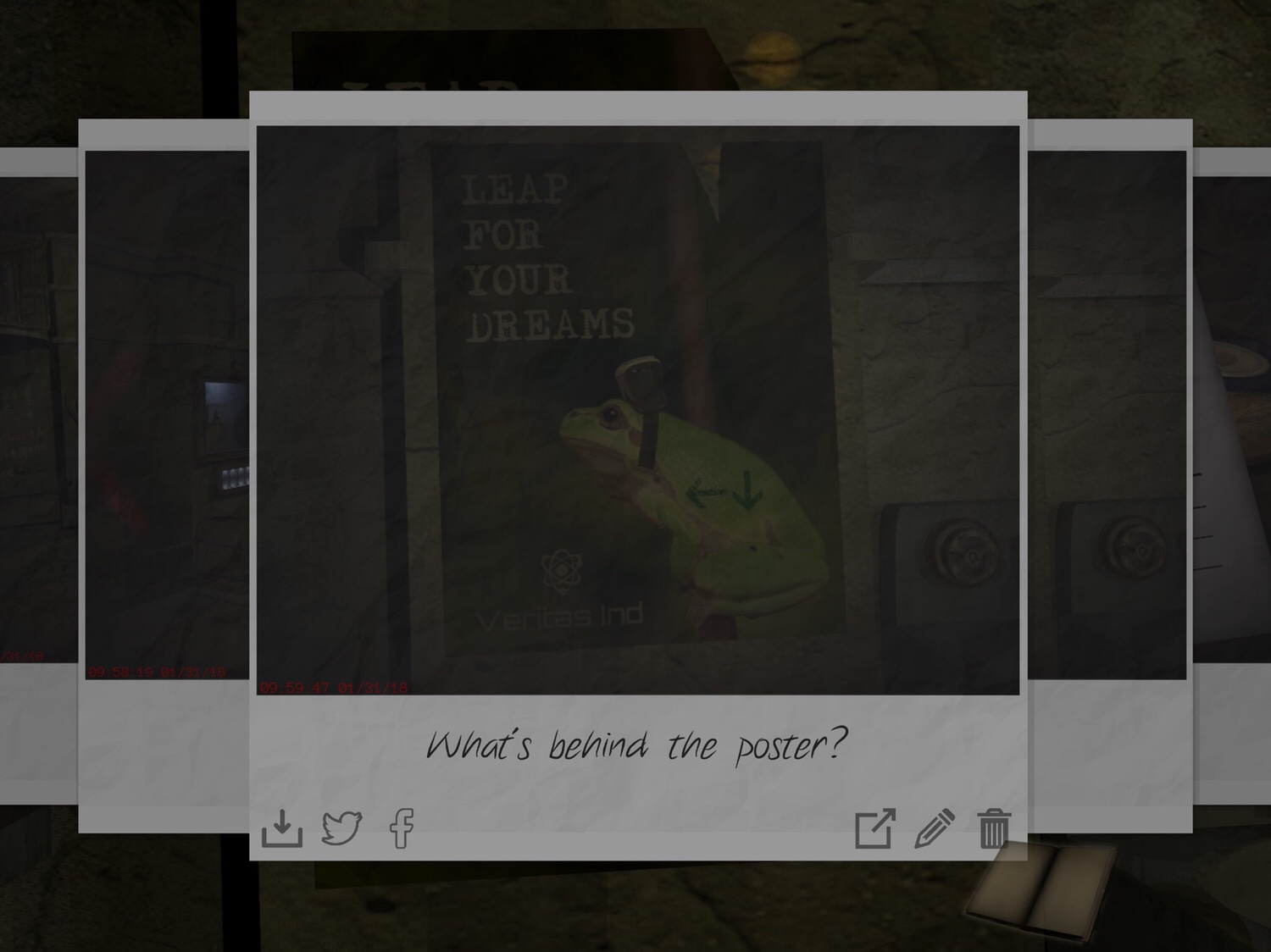 Another nice touch I noticed is that at one point, you’re in the air ducts and there’s a grate below you where you can see a key that’s just out of reach. But if you swipe the screen a bit, there’s a sort of parallax effect, where you can see parts of what’s behind the grate, but not all at once. I don’t know that I’m doing a great job describing it, so just watch the video. Anyway, it’s nice to see the Glitch guys experimenting with things and I can’t wait to see what else they have up their sleeves. 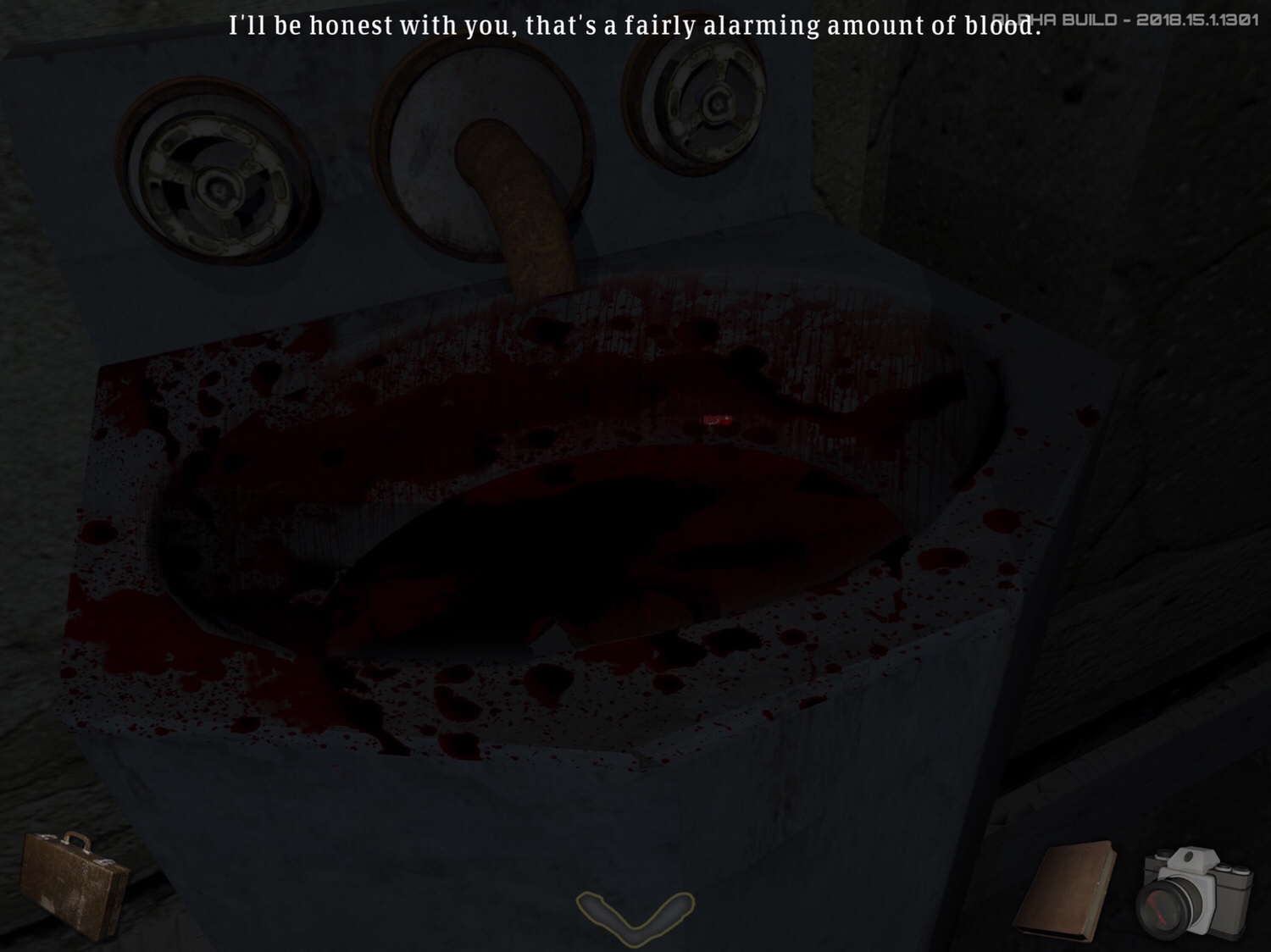 The demo was actually bigger than I expected, with several rooms to unlock and some backstory in the form of a diary entry from a previous patient and some incident reports. There’s a lot of blood around here and a lot of people seem to be dying. The messages around the facility are bleak, telling you the only way out is death. But it can never get too dark with the Glitch jokes to lighten the mood. Anyway, watch the video if you’re aching to see what the game is like and I’ll of course be back with more about the game as it gets closer to release. 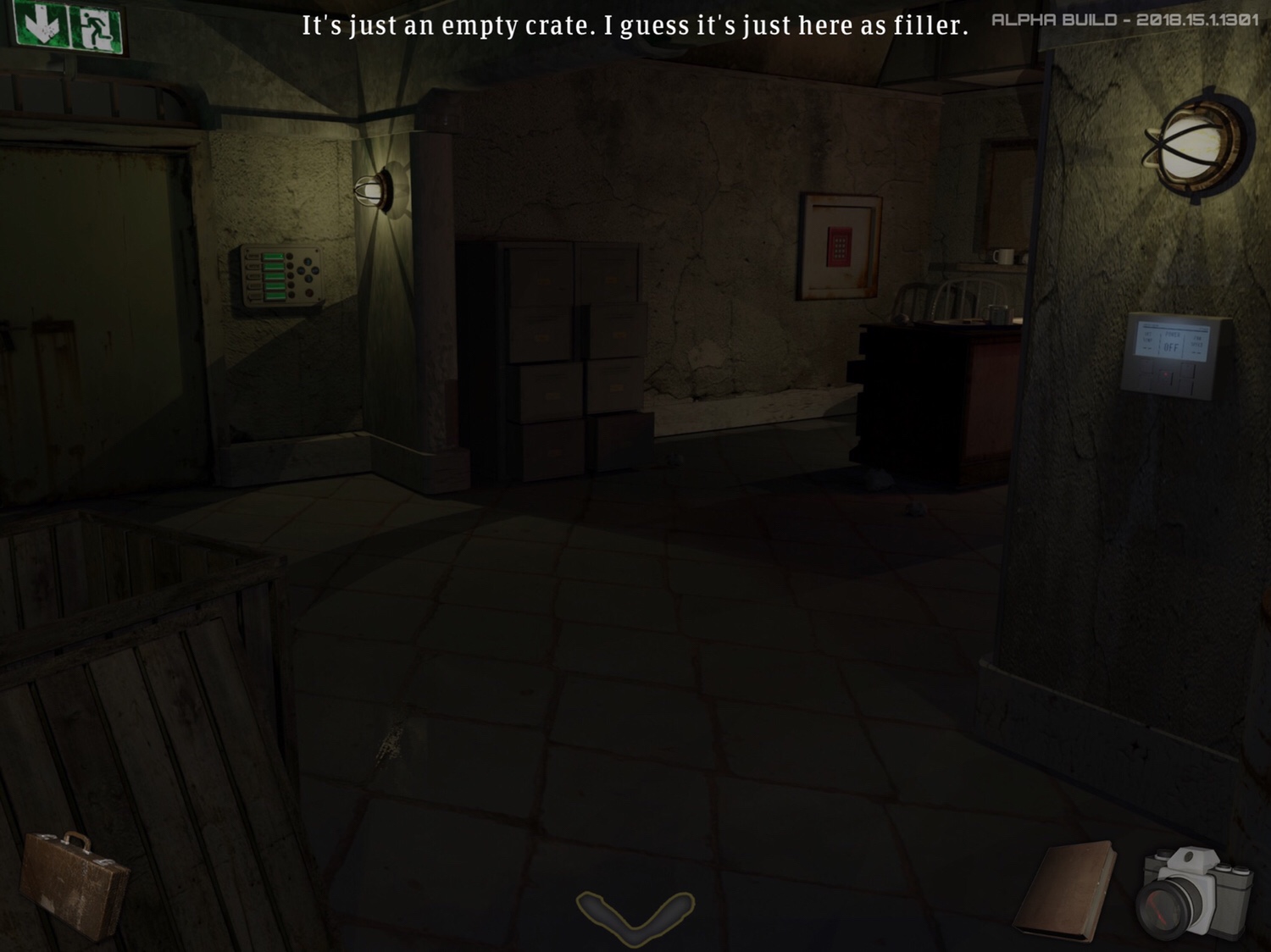 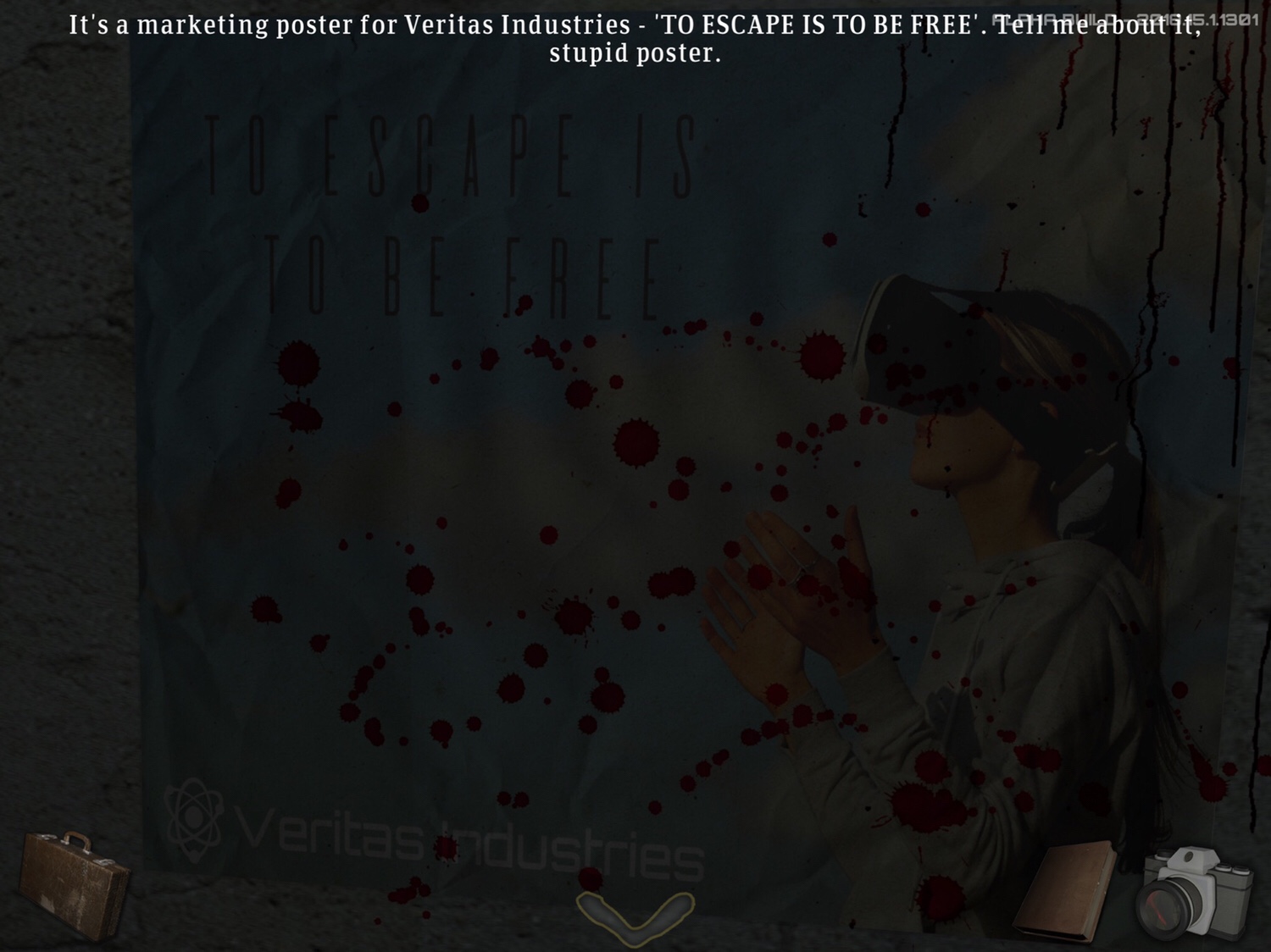 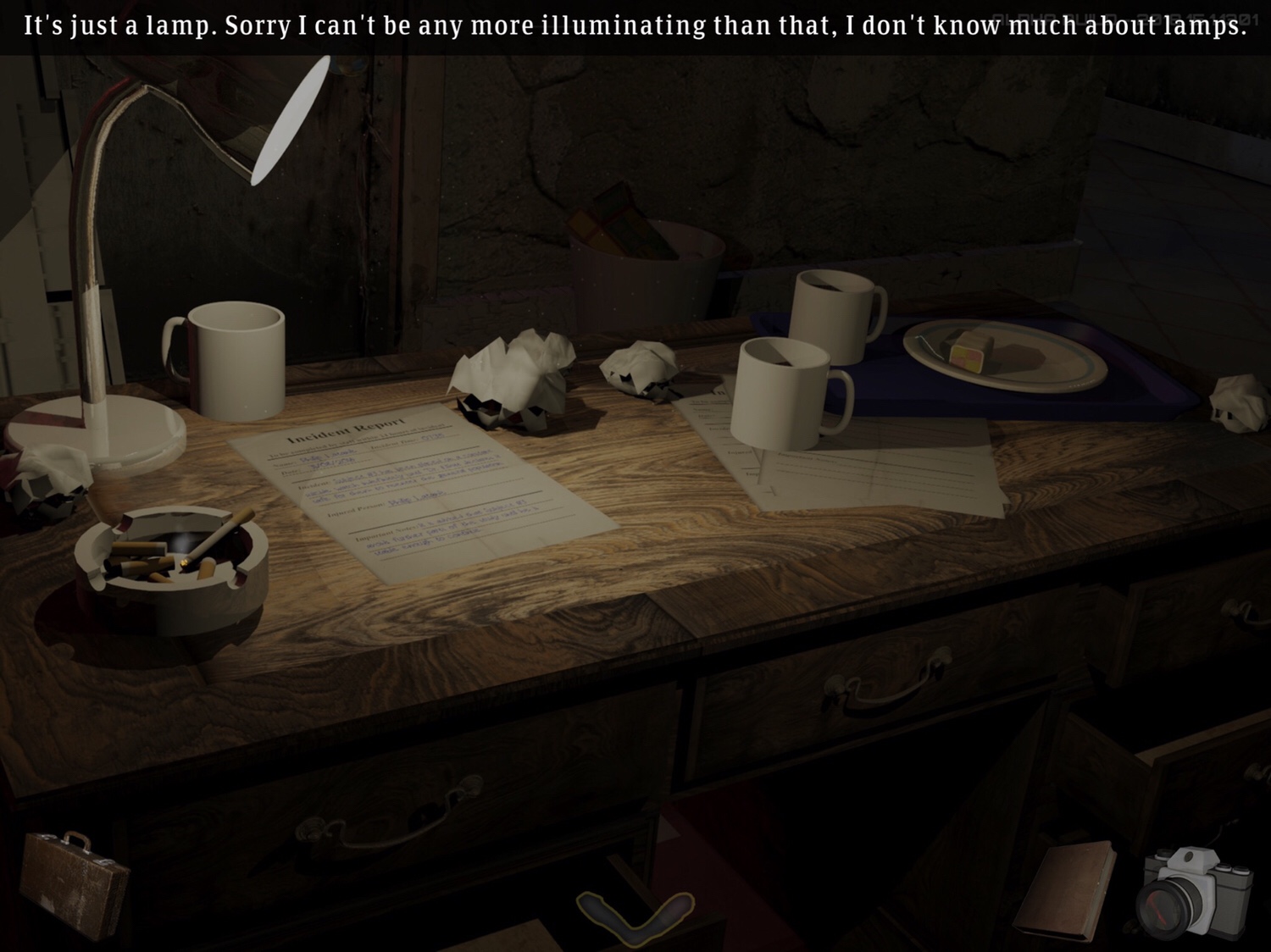