SteamWorld Quest: The Hand of Gilgamech
By: Image & Form 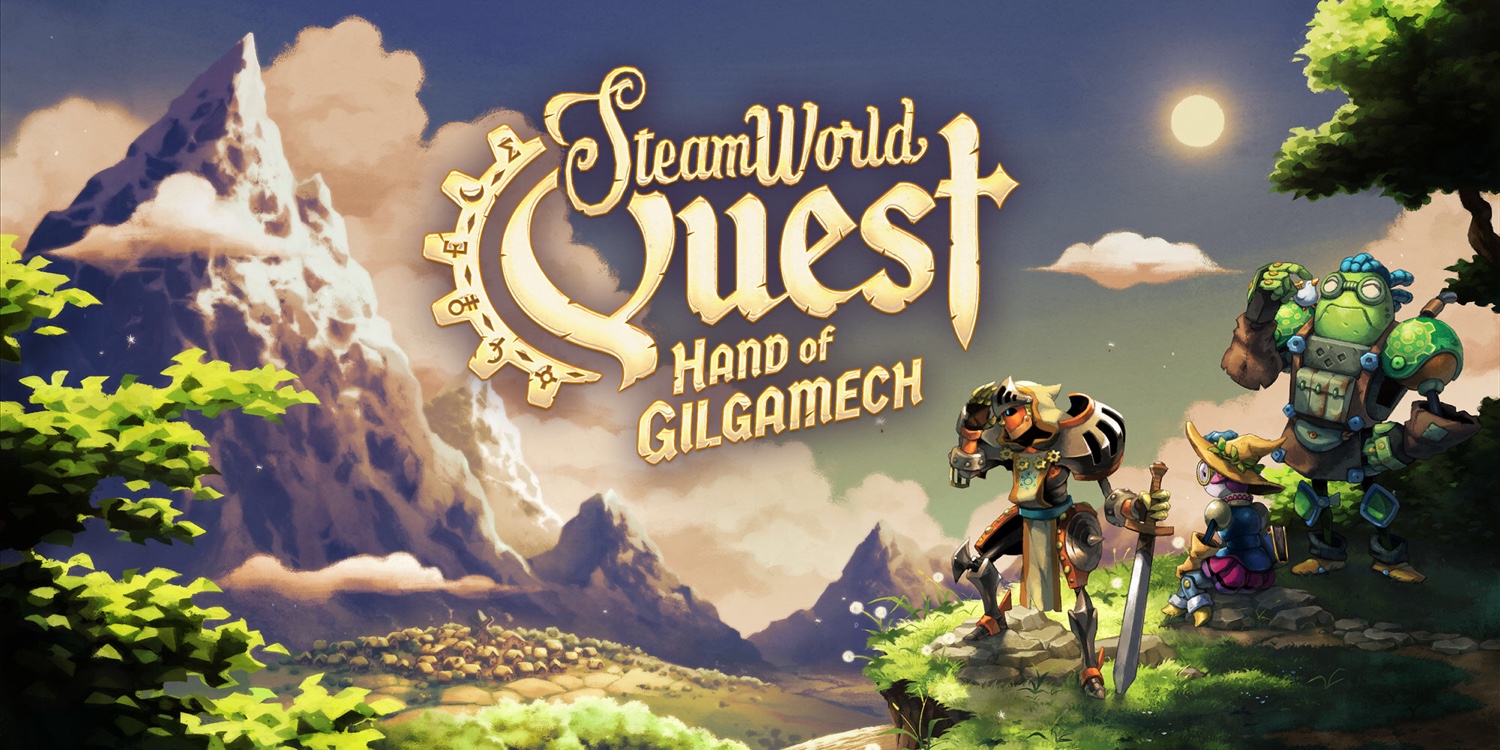 Some of you may have noticed that I’ve started covering a few Switch games. Mostly, they’re still games that will likely come to iOS eventually, so think of these as very, very early iOS reviews. In any case, I’ll probably be dialing these back a bit this month since so many great games are coming to iOS over the next few weeks. But I wanted to review SteamWorld Quest (SWQ), since I’ve been playing it almost daily since its release. While I don’t play too many RPGs these days, I liked how SWQ uses deck-building and card-based battles, turning it into somewhat of a strategy game. There are certainly things I’d like to see improved upon — mostly quality-of-life features — but I had a great time with it and am glad I stuck with it.

In SteamWorld Quest, you play as a band of wannabe hero robots who lack the necessary experience to defeat the evil mechanical army causing chaos. They first set out to look for the actual heroes, but in doing so start to become heroes themselves. It’s not the most exciting story, but it gets the job done while being suitable for all ages. You start with three playable characters, but throughout nineteen chapters, you’ll pick up a few new friends who fight alongside you. You still only get to take three heroes into any individual battle, so choices must be made. In fact, choices and customization are a big part of what makes SWQ so much fun. The cards you take into battle, the cards you craft, and especially the cards you choose each turn in battle, all make a huge difference in how things play out. You can’t just focus on the cards with the highest damage and spam your attacks.

The game has the usual dungeon crawling you might expect from an RPG, as well as the turn-based battles. But instead of just choosing your favorite heroes’ attacks, each turn gives you six cards from which to choose up to three to play. Those cards are made up of eight from each of the three characters in your team. The entire game, tour deck is limited to eight cards from each. So as you acquire more cards, you need to decide which ones to keep in the deck and which ones to remove. You can always swap them out between battles if you don’t like your setup, so there’s plenty of time to mess around and see how cards interact with each other. But there is another catch — cards require different numbers of cogs in order to play them. Some basic cards replenish cogs, but the most powerful ones require as much as four or five cogs to play. So if you fill your deck with only your strongest cards, you’ll be unable to play any of them and will lose the battle. The key is to find a balance where you have a range of weaker supporting cards and more effective cards so you never get stuck doing nothing.

Another major strategic aspect of the battles is that if you play three cards from the same hero, they’ll get an extra move that’s based off the weapon they’re using. For instance, if you play three of magician Copernica’s cards, you’ll get a Magic Barrier as a bonus, which gives all three heroes a thick layer of defense for several turns. You can buy her a different weapon that gives her an extra attack instead of the barrier, but I preferred the full party defense all the way to the end of the game. Galleo also has a bonus move that raises your party’s defense, while Orik rains blades down on all the enemies. Since you only have six cards to choose from each turn, it can sometimes be hard to pull off the bonus moves, especially with the hero you want. But the game does give you a little help with that by letting you remove up to two cards per turn. That way, if your hand is full of cards with high cog costs that you can’t afford at the moment, you can try swapping them out. The new cards will be random, so you’re taking a chance that you might get something worse. You just have to weigh the risk and reward to see if it makes sense. But, obviously, if you have no moves you can make it all, removing a card is a no-brainer.

Most of the cards you acquire are either found automatically at certain parts of the story or inside treasure chests you encounter. But you can also use materials you loot off enemies to craft new cards when you visit the traveling merchant. The catch is, you don’t earn a ton of gold or materials without grinding, so you can’t just craft all the cards available. It gets even trickier later when you get the ability to upgrade cards. That doesn’t require gold, but it uses the same materials needed for crafting. I wasn’t too fond of this aspect of the game, as it tilts it more towards an RPG than a strategy game. It’s hard to work out new strategies if you can’t even afford the new cards. And upgrading cards also dilutes the strategic aspects, as swapping out an upgraded card for a newly-crafted card means you’re weakening the overall strength of your deck. I wish this system could have been done differently to give players more room to mess around with different decks without having to grind. As is, I tended to stick to pretty much the same defend/heal strategy for most of the game, and only swapping out a character or elemental cards based on the enemies’ weaknesses.

I also wasn’t too thrilled with how the game dealt with treasure chests. I enjoyed exploring each dungeon, but found it too easy to miss a treasure chest. This is partly because the mini map in the corner of the screen doesn’t indicate which rooms you’ve visited and which ones you haven’t. So without physically walking to every room and then double- and triple-checking to make sure you did indeed visit them all, you’re not going to know whether you missed one. The game also doesn’t give you any indication how much of the chapter’s treasures you’ve found until you completed it. At that point, you have no choice but to start the whole chapter over and fight your way through all the enemies in your path. This is especially frustrating since you could accidentally walk in on the boss or complete the dungeon before you were done exploring. It would have been nice if before leaving a chapter, the game offered the option to look for any missing treasure. Without these little quality of life features, the game wasted a lot of my time unnecessarily. I ended up grinding without intending to.

Despite these complaints, I did enjoy my time with SteamWorld Quest. Otherwise I wouldn’t have spent almost twenty hours with it. I’m currently having some trouble with what I think is the second-to-last boss, as he has 26,000 health points and healed for 26,000 when I already had him below half health. I hope I don’t have to grind to beat him, as I don’t enjoy doing that. There is always the option to lower the difficulty, so I might do that if he proves too difficult. Again, I would have been happy to test out other cards and strategies, but that would also require grinding. I would love to see a game with these mechanics and overall ideas but with a heavier focus on strategy and less on leveling characters and cards. Still, this is a solid game for those who like RPGs and want something a little different. It might not have been perfect in every way, but it’s still worth a good time. If you want to see more of it, you can watch the rest of my gameplay videos below.