Causality was one of my favorite games of 2017 and remains one of my favorite puzzlers. It has clever time-traveling mechanics, is extremely user-friendly with its ability to rewind your mistakes, and it’s all tied up in a nice, neat package with pleasant visuals. So of course I was excited to hear that developer Loju was working on another game. Ordia released last week and isn’t quite as relaxing as Causality, but there’s still a lot to like about it. And for a while, I thought I might even get through the base game at my own leisure. Unfortunately, it’s a little too challenging for me, so I may have to quit about halfway through to save my sanity. Still, it’s a well-made game that deserves some attention, so I’d like to discuss what worked for me and what didn’t.

In Ordia, you play as a little green blob who has to make his way through a vibrant but dangerous world by jumping from green node to green node. You control him by pulling your finger back to aim, then releasing it to fling him in that direction. It’s certainly not the first game to use this control scheme, and you might even remember Spitkiss that released not too long ago. The main thing that sets the two apart is that Spitkiss‘ levels all take place on a single screen, whereas in Ordia you’re always climbing higher and higher up and only see a section of the map at a time. The other main difference is that there are no rest stops in Spitkiss. Your blob is always in motion and it’s up to you to slow it down and change its direction. If you try to take a break, it’ll likely go splat. So while I enjoyed Spitkiss for a while, the overall pace of the game was a bit too fast for me. Ordia feels more relaxed, because you don’t have to constantly control the blob. If he’s resting safely on a node and there’s no dangers within reach, you can take a breather.

That fact, along with the relatively forgiving nature of the game in the beginning, had me convinced it was something I would stick with to the end. Each level can be fairly long, but there are checkpoints that break them down into smaller chunks. Early on, you’re mostly dealing with slippery walls and avoiding static hazards, or at least hazards that are not too difficult to avoid. And the plentiful checkpoints meant that even when I was having trouble with a section, it was satisfying to finally get through it safely to the next checkpoint. I even took my time to try and get all ten yellow Ord collectibles each level — though I usually missed at least one. Timing my flings perfectly to get between two sliding hazards or moving at just the right moment to avoid a creature eating me were exciting to pull off. Even when I was stressed, I was having fun and enjoying the challenge. If I messed up and had to start back at the last checkpoint, it was ok. I brushed myself off and tried again. I even managed to deal with those nasty Chasers that do as their name suggests — they follow you closely and kill you if they catch up.

But as I got closer to the end of the first area, the checkpoints started to become less frequent, and not always well-placed. I was having trouble with one tiny section where two spiked balls move around and travel through three green landing nodes. The last checkpoint was a good while back, before a pretty easy section. But each time I didn’t time my flings right for the spiked balls, I would have to go through that long boring part again just for another shot. It was wearing me down. I persisted and finally got through, and completed the first of three areas, the first ten levels. Predictably, the second area is harder, introducing creatures that shoot projectiles. Sometimes you even have to outrun those projectiles! The increased demand on my reflexes was certainly giving me a run for my money. But, after many deaths, I managed to complete the first two levels in the second area. It felt good, but I was also exhausted from fleeing those projectiles and dying when I just couldn’t fling fast enough.

I nearly ragequit a little after that. I couldn’t even make it to the first checkpoint in Level 13 and was about to throw in the towel. But thankfully, more than one level unlocks at a time, so I was able to skip it and move on. Level 14 was surprisingly doable and I got through it without too much difficulty. I’ve since gone back and made it through some more levels, even though I’m worrying less about collecting the yellow Ords. I still really want to play the game, as it’s fun and filled with tons of great ideas. It’s well-designed with creative obstacles that work well together. I’ve just recently started encountering little blue orbs that act as switches to unlock doors. But the deeper I go, the more frustrated I get with the infrequent checkpoints. I know not every game is for everyone, and it might just be that I’m not meant to beat this one. But I’d happily take on these challenges if they were in more bite-sized chunks. It’s so exciting to pull off a move that seems impossible to me at first, but utterly soul-crushing to die shortly after that and have to do it all again.

I also don’t see why the main campaign has to be so punishing, since there’s already a Hard mode and Speed mode for every level, as well as bonus modes that are extra difficult. So if someone finds things too easy, there’s plenty of ways for them to make it more challenging, but not much I can do to make it easier. I’m also stuck on a part in Level 17 now, and the game is holding my place at the last checkpoint. But I keep dying on this section and now there’s no way for me to switch to another level without losing my place in 17. So I might be forever stuck in this limbo of fear of continuing and fear of quitting.

The flawless iCloud saves help, as I can switch back and forth between iPad and iPhone. I find the game a bit cramped on my iPhone and appreciate the extra room on a bigger screen. But this way I can still try to make some progress when I’m away from home. The game barely uses any battery, so it’s actually perfect for on-the-go play. The developer really did go through a lot of pains to make a polished experience. But for me, at least, that just might not be enough. 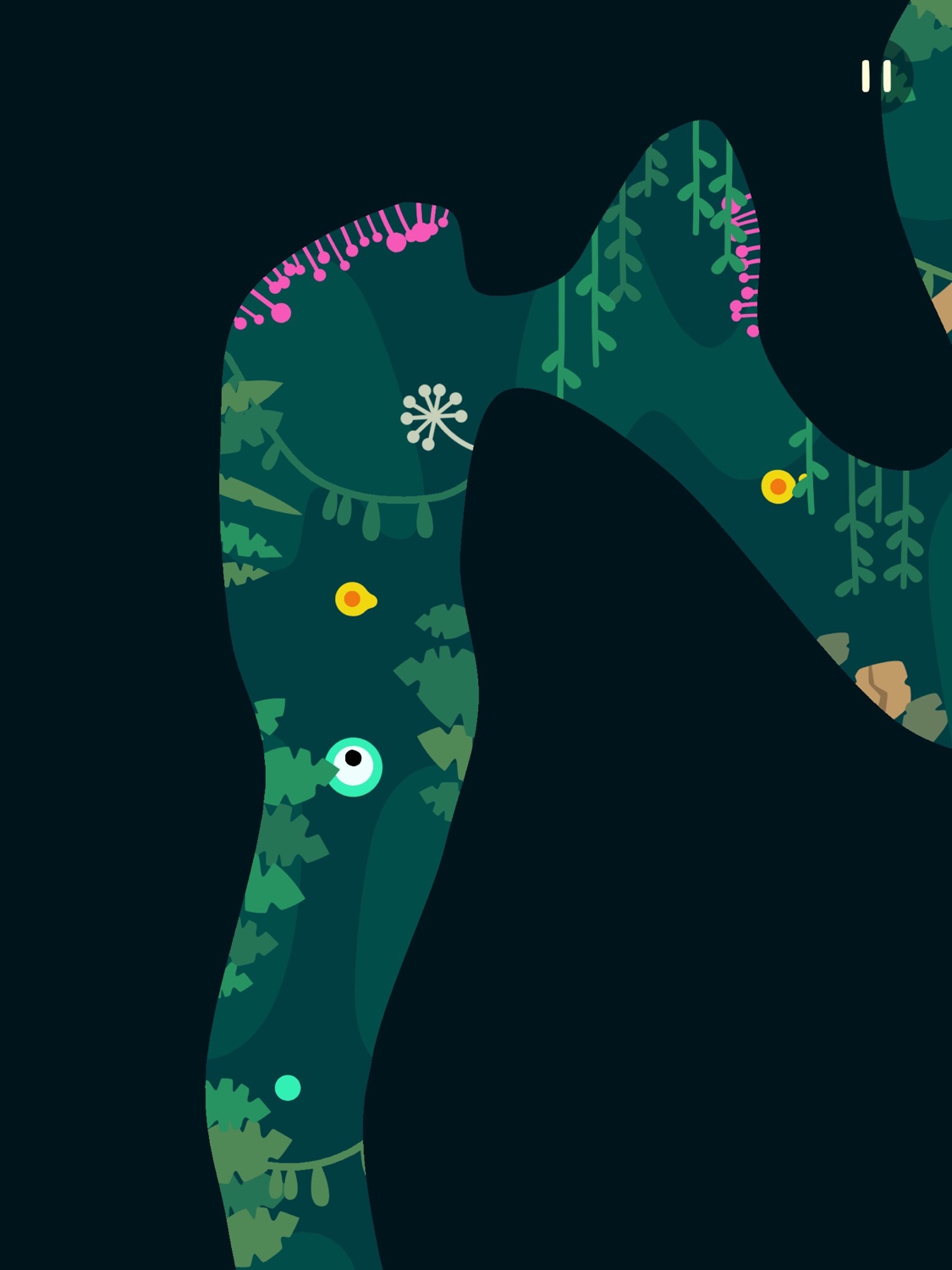 Ordia is a game that’s probably going to make a lot of people happy, especially those who like a good challenge. It looks great, with a simple and elegant art style that isn’t overly distracting. The wonderful soundtrack mixes forest sounds with relaxing music, so it never adds to the stress. I appreciate how it was designed specifically for mobile with touchscreen-friendly controls instead of on-screen buttons, so I can always focus on the action and not where my thumb is landing. It feels great to play, but might be a tad too demanding for my tastes. If it had been a little more forgiving with more frequent checkpoints, I would probably be singing its praises to everyone right now. But since I’m torn between wanting to play and wanting to run away, all I can say is that if you get frustrated easily and don’t have the best reflexes, Ordia might not be the game for you. For everyone else, it’ll likely be your next favorite platformer. So if you think you’re up for the challenge, grab Ordia here and fling like your life depends on it.