I’m a sucker for pretty games, so the hand-drawn art style of Somnium Games’ upcoming puzzle adventure, Inked, grabbed my attention immediately. I was thrilled when I realized that the gameplay also looked right up my alley, and now that I’ve had the chance to spend a little time with it, I’m completely sold. I only played through the first two chapters, but I’m impressed by the animation, puzzles, voice acting, and even the soundtrack. 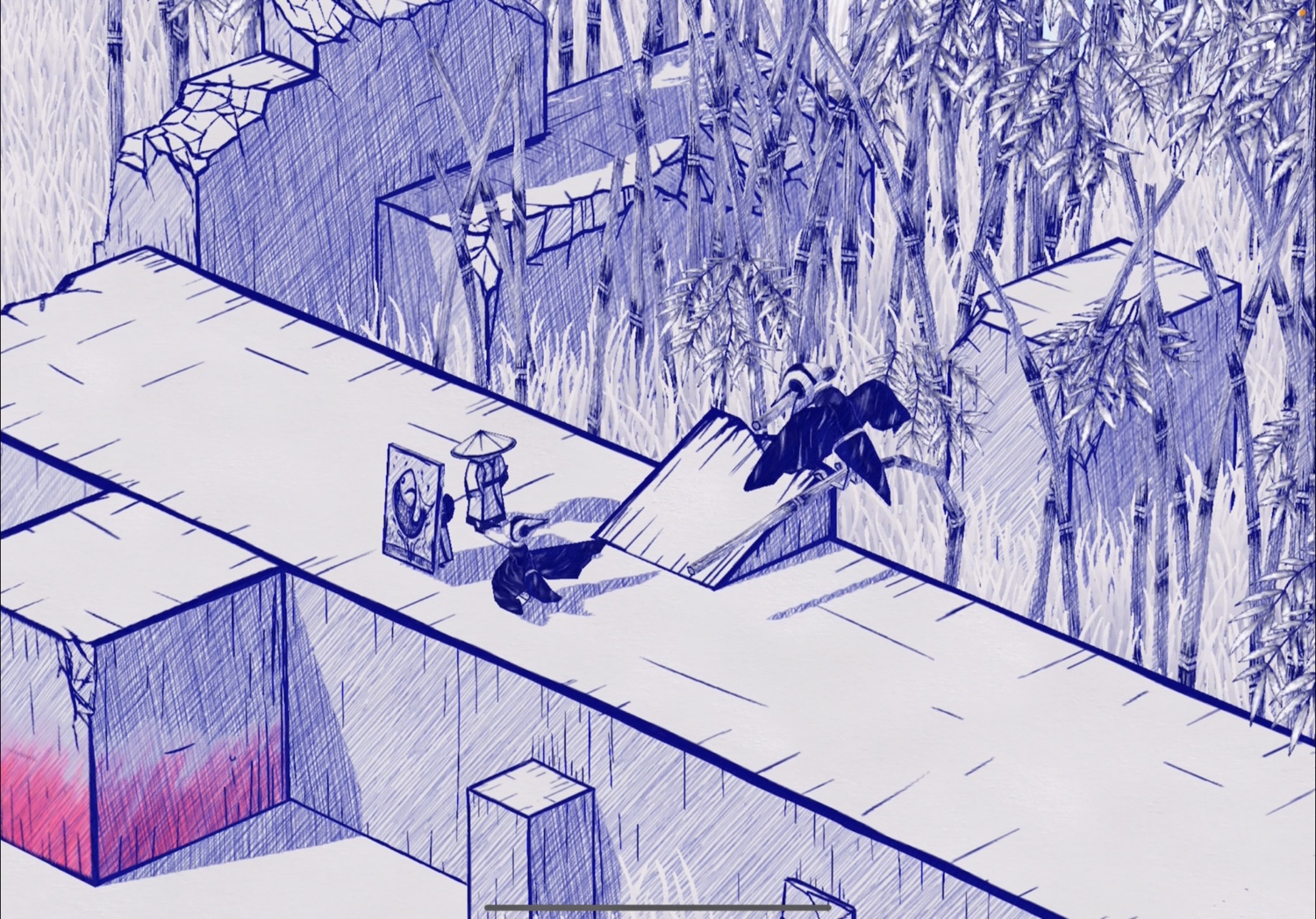 In Inked, you play as the Nameless Hero, traveling around and solving puzzles in order to make progress. So far, the puzzles are fairly simple, involving pushing blocks to compete paths or hold down buttons, or creating bridges to cross gaps. I’ve already started seeing more interesting puzzles, though, where you need to quickly move pieces around to keep a ball rolling. The controls are all built with touchscreens in mind, so everything is gesture-based instead of relying on onscreen buttons. You simple tap to move or to interact with certain objects. Other objects can be “redrawn” by dragging them from one spot to another, and you can rotate them by tapping anywhere with your other hand. It all feels quite natural so far, and I’m grateful not to have to deal with a joystick and a bunch of buttons.

While initially scheduled to release this month, I’ve been told that the game has been pushed off to February to allow more time for polishing. You can still pre-order the game, but if you want to wait, I should hopefully have a proper review in time for release. You can also watch my video above of the prologue and first chapter if you want a better sense of what it’s like. In any case, this is definitely a game to keep an eye on for any puzzle or adventure fans.

Γò¼├┤Γö£├ºΓö£ΓöÉWhere Shadows SlumberΓò¼├┤Γö£├ºΓö£├╗ Review: One Lantern to Rule Them All