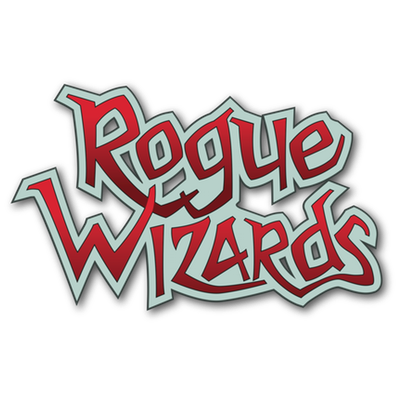 If you’re playing the iOS version of Spellbind Studios’ Rogue Warriors, you might have a few questions because the game doesn’t explain everything. You might also feel underpowered and low on gold. This guide will attempt to clear up some things that the game didn’t explain, as well as offer some tips and exploits to help you get through the game.

– There are two modes — Story and Gauntlet. In Story, there’s no penalty for death. You just go back to the town and keep all your loot. In Gauntlet, dying is permanent and you have to start over if you meat an untimely demise.

– Try out different weapons before deciding what to stick with in each situation. My favorite is the chakram, but it’s weak against bosses and mini-bosses. It’s great for keeping a distance and hitting multiple enemies in one turn. You can also equip a shield with it, unlike the bow. I also keep a strong melee weapon on hand for tougher enemies that just won’t die.

– It might seem tedious at first, but take small steps even if it seems like there’s a lot of space in front of you and no monsters. You could end up walking into a room full of them if you’re not careful!

– Magic is valuable — use it wisely. While most spells cost a turn to switch to it (like Fireball), others are instant. Shield, Sentinel, Stalagmite, Regroup, and others are Instant spells, so they use up a turn casting, but they don’t require extra moves to get back to the weapon you were using. I find these spells much more useful than the others. Scroll down to see a list of Instant spells.

– Your starting pet is random and each one has a different skill. Some heal, others shoot fireballs. Look at their descriptions and if you don’t like the one you got, you can restart until you find one you do like. I don’t know if they’re all possible to get as a starting pet, though.

– Pets have a real-time cool down time, so don’t waste them if you don’t need them. Or just do something else in real life until they’re usable again.

– Remember that changing weapons or using a potion uses up a turn. So think things through. But again, death isn’t a big deal so don’t worry too much.

– Don’t keep a revive on you at all if you want to save it for emergencies and you’re just going through parts of dungeons to find loot. Otherwise it will get wasted and new ones cost 3 gems. Keep some potions with you always.

– Don’t put your potions or revive in a quick slot. You can open your inventory and drink a health potion. It uses up the same turn but you have a slot free for another spell. And the revive works as long as it’s in your bag.

– Clear out everything in a dungeon for bonus experience and to make sure you get as much loot and gold as possible. Since you can’t return once you beat the boss and head through the portal, it makes sense to pick up everything first. So that means open every chest and kill each enemy before leaving. The game, unfortunately, doesn’t tell you how much you’ve cleared. It only tells you when you’ve cleared it all.

– Try not to get stuck in a huge group of enemies. Move back if you need to. You can also try and let your AI assistant take some enemies out and use him as a decoy. The AI and pet will revive automatically after a little while.

– Some items have limited use — like throwing stars, daggers, wands. Don’t underestimate their value! Even if they look cheap, they often have high damage. They can be very useful for taking down a big boss.

– Use teleports to get around the dungeon quicker!

– Look around for pedestals that can heal or give you experience boosts. They’re useful if you’re lose on potions or want to save them up. Potions are costly!

– For the main quests,you can’t go back to a dungeon once you defeat the boss and leave through the portal. If you want to try and hunt for more and better loot, leave the dungeon before encountering the boss by going to Home > Return to Town. You’ll go back to town and get to keep all your loot. The dungeon will reset itself, though, so only do this if you don’t mind replaying it. This is basically the only way to earn extra loot and gold without watching video ads (more about that soon) early on. Later, you’ll have the option to replay some non-quest dungeons. Note: This only works if you haven’t encountered the boss yet. If you have, then the game will save your progress in the dungeon. 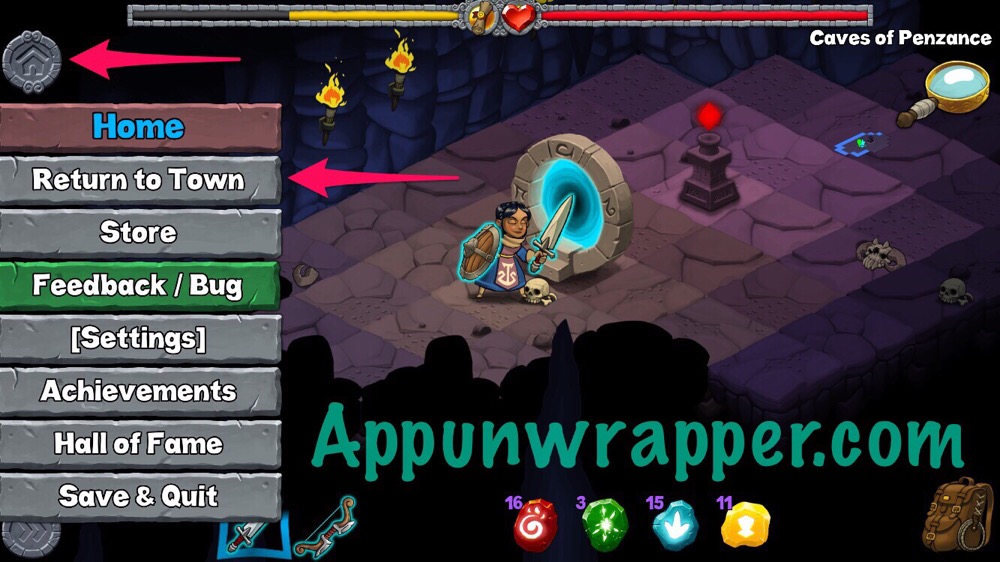 – If you are going to go exploring in a dungeon just to see what it’s like, don’t take a pet the first time. Wait until you’re sure you want to go through the whole dungeon. Or just try to get used to playing without them.

– Thieflings are horrible. They steal your best gear and run off. But there’s good news — they don’t disappear. As long as you hunt them down and don’t die before you get your gear back from them, you’ll be fine. I suggest keeping a Revive on you in those dungeons just in case. Basically, don’t die in that dungeon. Do whatever it takes to stay alive and get your gear back. And take your time, because they’re not going anywhere. Don’t freak out and get yourself killed over it.

– My favorite spell at the moment is Sentinel. I upgraded it as much as I can. It’s instant, meaning you don’t use up turns switching from your weapon. It also targets multiple enemies at once for multiple turns. And it’s a great diversion. Enemies will often attack it instead of you. I used them to take down the Thieflings when they kept outrunning me. Really valuable spell.

– Sell your unwanted loot to the Blacksmith and Armory to reduce their upgrade prices to FREE. Don’t bother selling things to the general store.

– Look for the traveling merchant on the second floor of most dungeons. Sell him your unwanted loot so you can make room for more. Some of these dungeons are huge! You can also restock on potions there, but not always.

– Use the cauldron to create potions from fire magic if you have a lot of one and not enough of the other.

– Once you have 100 of a magic material in your bag, you won’t be able to pick up any more. The game will also stop spawning them for you. So if there’s a magic class you don’t use but did unlock, the best way to make sure you only pick up the ones you want is to keep the 100 in your bag. Don’t use it or toss it. And if there is a spell you like, use it enough that you continue picking up materials for it.

– If you’re not against watching video ads, look around for the options to watch the daily ads for gold and gems. Each shop seems to have one.

– You can buy a gem doubler for $4.99 instead of buying gems when you run out. It works for all save files, but keep in mind that gems are also consistent through all saves. You don’t have a separate pile for each save file. So be careful not to waste them on one you plan to delete.

The game doesn’t tell you which spells are Instant until you already unlock them. It does tel you what each spell does, so you should have all the other info you need. I don’t like to use spells that aren’t Instant, so I only use those from this list. If you want to know which ones are Instant before you waste the gems on them, I’m listing them as I find them:

So far my favorites are Banish, Swarm and Sentinel.

I’ll add more as I progress! Feel free to add your own tips.