I’ve had GIMBLLL’s massive hack-n-slack, Barbearian, for a couple of weeks now and have been loving it, even though my thumb hurts from the frantic and hectic gameplay. Last week, I wrote a bit about how the game’s accessibility options make it easier for players of all skill levels to complete the game. I haven’t made the game easier for myself, but do appreciate those options being there. But if you don’t want to use them, just going in with more knowledge can give you a leg up. So I’m going to offer some tips and tricks I picked up on the way.

– If you have an MFi controller, the game supports them. Change to it in the settings.

– If you don’t have a controller, adjust the button layout to find something you’re comfortable with. I’m on an iPad, so I find it more comfortable to have the buttons up higher, where I normally hold my iPad. You can tap the top of the screen at any time to pause and adjust the controls, so do it during battle if you’re not comfortable with them yet. 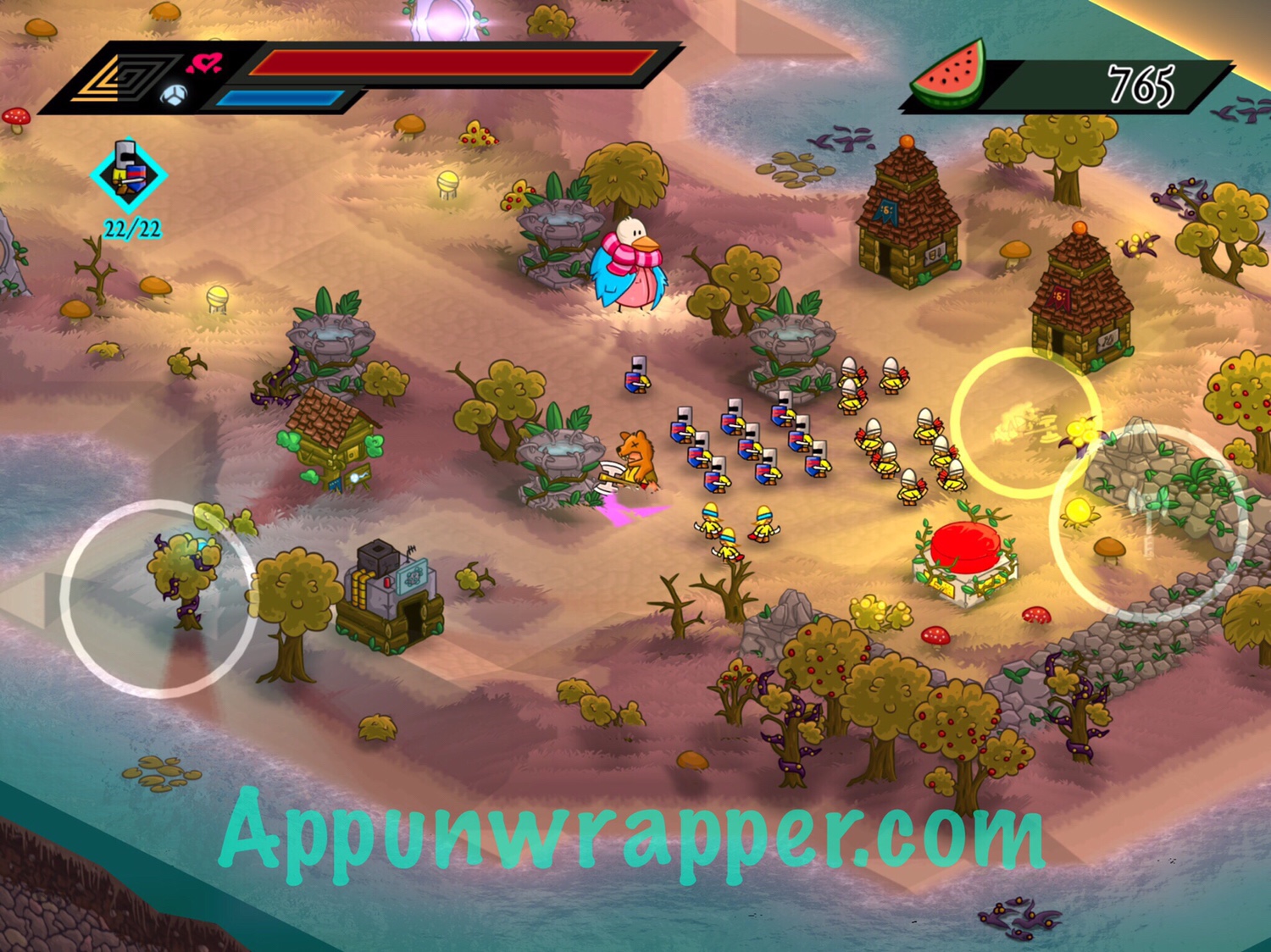 – Careful not to the let the buttons functional areas to overlap too much, or you may end up hitting the wrong ones.

– The left side houses a joystick and the rage button, unless you move them. Rage sometimes makes you more powerful for a short time, but it also upgrades your minions for that same period, so don’t forget about it!

– The right side houses the regular attack button, the dash attack, summon minion, and any limited use power-up weapon you picked up, like a gun, boomstick, or electric ball.

– The game autosaves anywhere on the main map. During battle, you can’t save your exact progress, but if you quit the game mid-level, it will start you back at the beginning of that level next time. So don’t worry about losing progress if you can’t play through all three levels of a stage in one sitting.

– Unfortunately, there’s no iCloud sync at the moment.

– If you’re really having trouble and want to make it easier, go to the accessibility settings. You can change how much damage you take or even how much loot you get.

– Depending on the device you’re playing on, you may want to zoom in a bit. Even though I’m on an iPad, I found it helpful to zoom in just a little. On an iPhone you may need even more.

– Barbearian is not just a simple button masher. The battles take place on large maps against swarms of enemies. If you try to take them all head on, you’ll likely die. Move around a lot and your skills and your minions to minimize damage.

– Make sure to look around the overworld map for upgrades to your health, energy and weapons.

– Minions are your little army. In each level, there’s one minion to rescue. He’s always trapped in a strange tank that will start beeping once it comes into view. You need to quickly run and attack it until the pink bar fills up and he’s free. If you don’t do it in time, he’ll disappear and you’ll have to replay the stage to get him.

– The blue button summons a minion if any of them die. You need energy for this.

– On the overworld map, you can purchase knight or archer kits for your minions.

– Once you gain access to the bigger map, you can even buy extra minions. They’re yours permanently!

– Make sure to upgrade your energy so you can store more.

– There are secrets all around the world. For instance, chop down blue trees and see if anything changes.

– There is only one way to heal in this game, and that’s the wells. There is one in each stage and once you break it, that’s it. Try to locate it early on and be ready to run to it if your health gets low. But don’t waste it when you’re full!

– Keep an eye out for chests during battle. They have fruits, energy, and even weapons inside!

– In each level, there’s a sleeping creature that looks like Spongebob Squarepants. If you get near him, he’ll start running. Chase him down and kill him for some sweet loot!

– After you kill all the main enemies in a stage — namely the bosses or mini bosses — a teleport will open and start to suck you in to the next stage. So if you’re not ready to leave yet, keep a mini boss alive until you are. Otherwise you’ll miss out on them and have to play the stage again if you want them. This includes finding the minion, spongebob, any chests or healing.

– There are three power-ups I’ve seen so far. They look like giant gift boxes and come in three colors — pink, blue, and green. They last only a short amount of time.

– Pink: This is my favorite. A pink orb rotates around you and smashes everything in its path, including stone walls.

– Blue: This makes you temporarily invincible.

– You can buy new limited use weapons in shops around the overworld map. They then show up randomly in chests or from killing bosses.

– Machine Gun: This shoots powerful bullets in the direction you aim. Just hold the button down to shoot.

– Boomstick: These are bombs you can throw at enemies.

– Portal Gun: This shoots a sort of portal at enemies, sucking them into a small area so they’re easier to take out.

– Electric Ball: This is sort of like an electric mine. Drop it near enemies and when it goes off, it will fry a whole lot of them.

And most importantly… JUST HAVE FUN!

I also have some gameplay videos below if you want to see it in action: