I recently caught up on some of the thirteenth season of Doctor Who and was reminded yet again that, while I do enjoy it for the zany ride, it is completely nonsensical. And that’s coming from someone who is loving Jodie Whittaker as the Doctor. She captures the energy and quirkiness so well that I forget she wasn’t always the Doctor. But the rules are constantly changing and the solution for saving the universe is so hard to follow that you just have to accept it works even if you understood nothing. And I get it. Time travel is hard to get right.

But that brings me to the demo of Wadjet Eye Games’ upcoming point-and-click adventure, Old Skies. You play as Fia, a woman from the future who’s employed to take people on time travel journeys to the past. The demo is an hour long and has you traveling back to 2024 New York City so a dying man can eat at his favorite restaurant one last time. Before accepting this assignment, everyone had to make sure that there wouldn’t be any “ripples” caused by it. In fact, every step of the way Fia and her coworker back in the future, Nozzo, have to check that her actions won’t have any drastic effects on history. 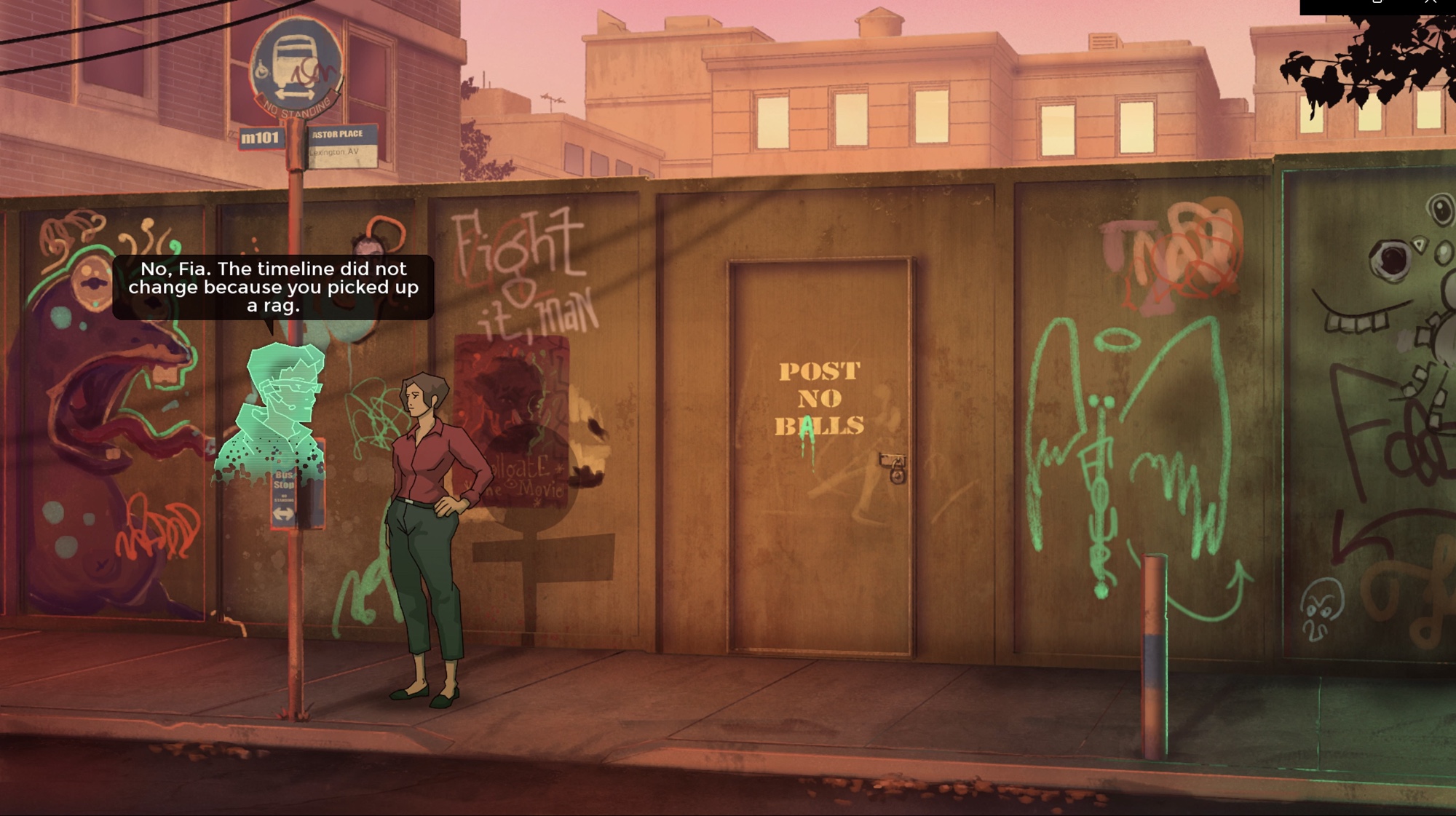 And when something does go wrong, it’s part of her job to set things right again. In this first hour, though, I can already see hints that perhaps her bosses, the people in charge of time travel, aren’t as benevolent as they seem. I’m really curious to see where it goes. But I’m overall impressed with the way the game handles time travel. It feels grounded, like the rules have been thought through and won’t be broken so easily. I also appreciate Wadjet Eye’s efforts to avoid having to include Covid-19 in the game by sending us back to 2024 instead of 2020 or 2022. Here’s hoping that he wasn’t overly optimistic! 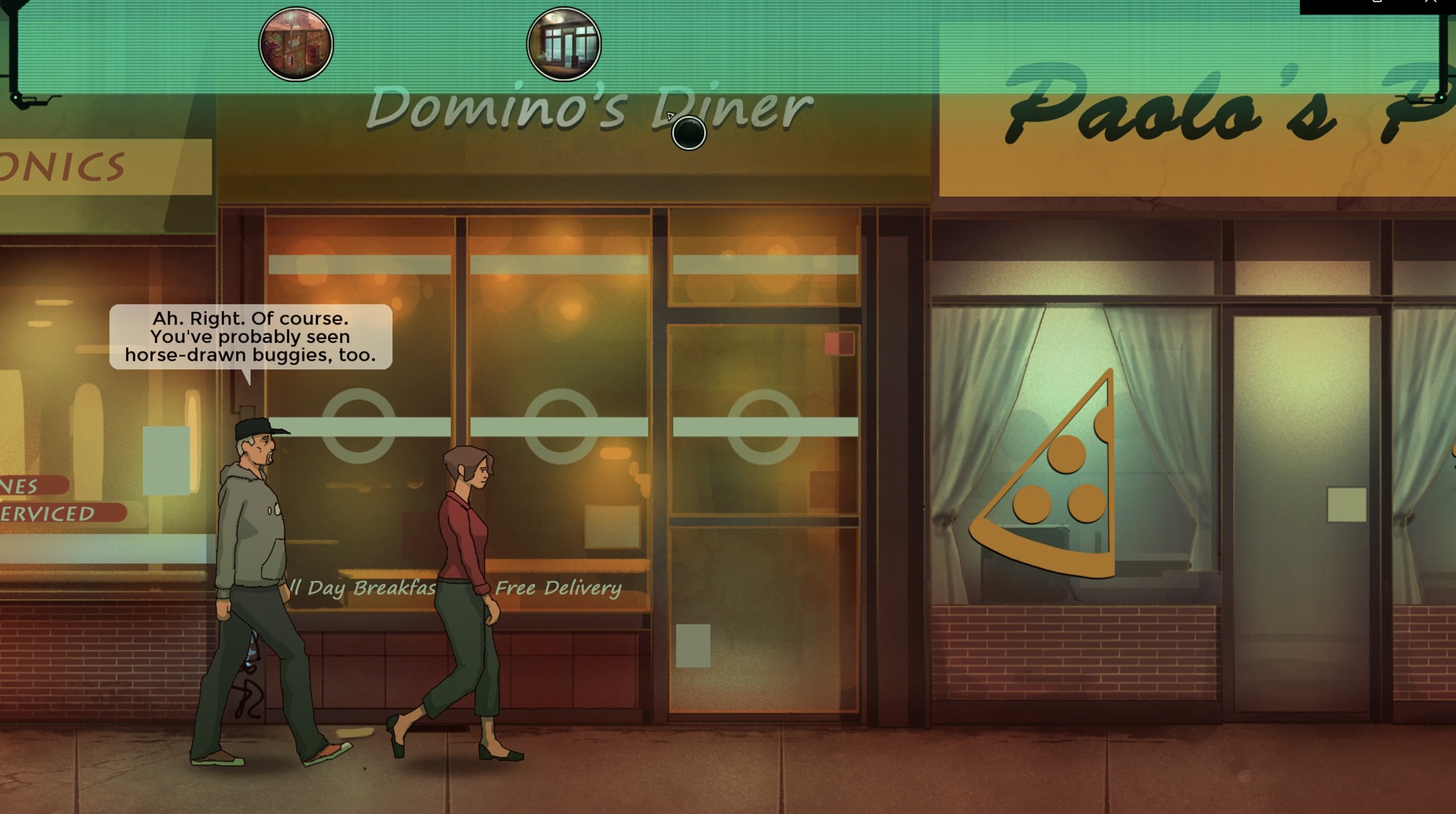 Aside from a compelling time travel story, the game features witty writing, excellent voice acting and a soundtrack from Thomas Regin that almost steals the show itself. I’m also a big fan of the new art style from Ben Chandler that steps away from the pixel art we’re so used to. That color palette is especially nice. So once again, I’ve broken away from my iPad to play a Wadjet Eye game on my PC and I’m sure I’ll do the same for the full release. If you have a way to play the demo, please do. You can download it here and play it until Steam Next Fest ends on June 20th.