Update, October 2017: When I played the game and wrote this review, The Witness was not available yet on iOS. I’ve since played it and realized that Lynk copied all its mechanics from there and it’s not as original as I first thought. It’s still worth playing if you can’t play The Witness, but otherwise I recommend playing that instead.

Based on appearances, I almost ignored the new line-drawing puzzler, Lynk. It really doesn’t look like much on the surface, and I don’t think screenshots — especially mine — with their scribbly lines will sell it any better. But developer Michael Le sent me a code, so I gave it a try. And I couldn’t put it down until I completed all one-hundred-and-thirty levels.

There is no tutorial in Lynk. When you boot it up, you’re shown two blue circles and left to your own devices to figure out what to do. Hopefully, you’ll mess around and see that you can draw a line from one to the other. Early on, that’s the only goal to complete a level. You’re given some simple obstacles like a single wall or a maze of walls that block your way, so you have to draw a path around them. Then, you’re given little green gems to pick up on your way. After that, you get little colored squares that have to be segregated into their own groups. Later, there are switches that unlock gates, numbered pieces that require some math, and some other surprises I’ll let you discover on your own.

But besides the obstacles, the line-drawing tools change as well. While the blue always remains your primary color, there will be others — mostly different shades of red — that shake things up. One will copy your blue line exactly, only in a different area of the screen. Another will do the exact opposite, while yet another mimics you but with a delayed reaction, similar to the game Blek. At one point you’ll even have control over two different lines that can cross each other, something not usually allowed. Between all the obstacles and the different kinds of line-drawing tools, the game always felt fresh. There are a few reflexed-based puzzles, but for the most part you’re not on any clock and can take as much time as you’d like to work out a solution without any stress. 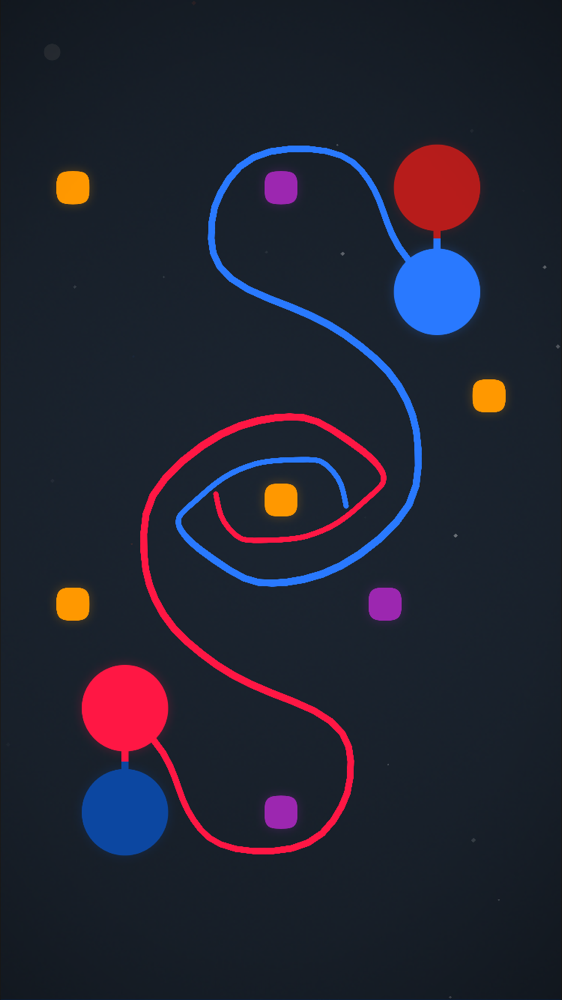 You’re also not graded in any sort of way on your solution, so it invites creativity. If you want to try and draw an elaborate portrait while working it out, all the power to you. Most of my drawings looked like they were done by a toddler, but I had fun nonetheless. The game knows drawing with your finger on a screen is not an exact science, so there’s no penalty for bumping into a wall. And if you make a mistake in middle of drawing a line, just lift your finger off the screen to undo it. You only fail a level when you complete it without solving it, and a restart is just a second or two away. The game is about as user-friendly as you can get. It even has all levels unlocked from the start, so you don’t have to bang your head against one level that’s giving you trouble. 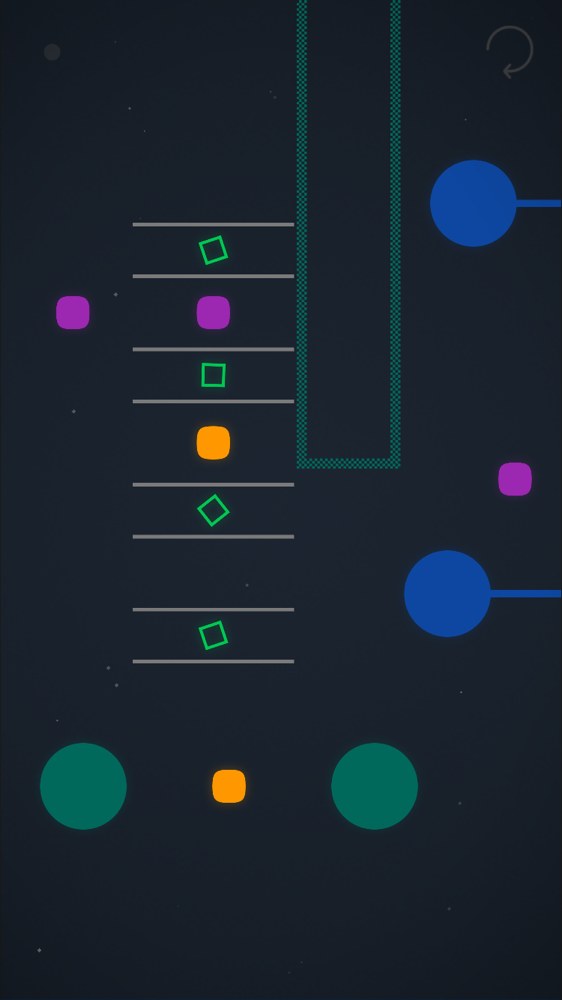 Like I said, the game isn’t much to look at and that’s unfortunate, because there are probably a lot of people who will overlook it for something shinier but far less interesting gameplay-wise. Even I would have preferred more eye candy while playing. There are some nice animations, though. After you solve a level, the lines start dissolving into particles like a burning fuse. That is a cool effect and it adds something to its otherwise plain and minimalistic visuals. 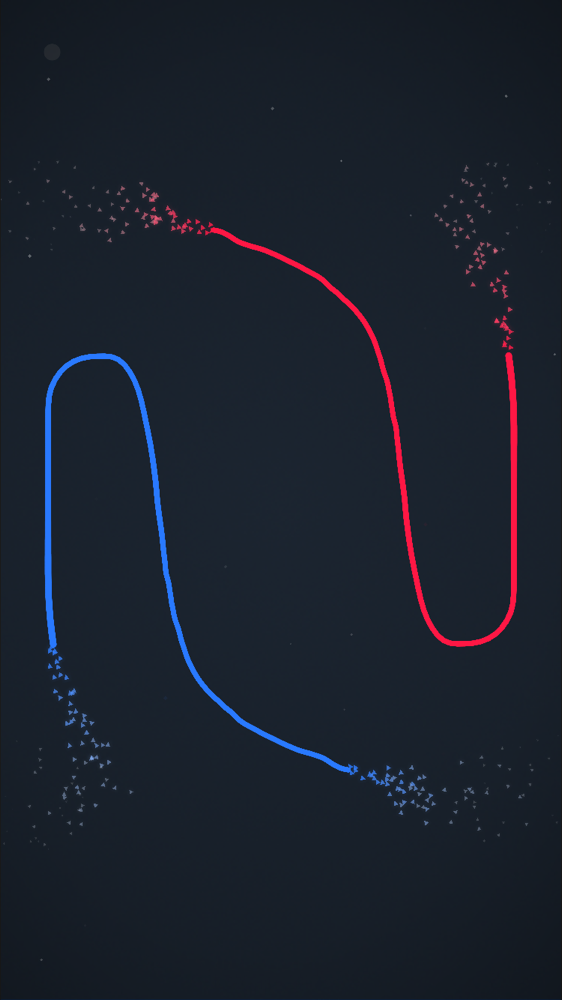 I’m always excited to see another game that’s built around the strengths of a touchscreen instead of trying to shoehorn traditional mechanics into a platform where it doesn’t work so well. Rather than forcing arrow and jump buttons onto the screen, we’re given tools that feel perfectly natural. And the game is intuitive enough that anyone should be able to pick it up and figure out how things work. Even though it’s not a terribly challenging game and I completed it in less than a day, I thoroughly enjoyed my time with it. It wasn’t stressful and there was nothing to waste my time. Even the easier puzzles had something new to offer that made them feel clever. So if you’re looking for a nice puzzle game that won’t hold your hand but also won’t stress you out, this is a good bet. It might not last you a long time, but there are far worse ways to spend your $0.99. So what are you waiting for? Draw a line directly to the App Store and download the game here.

If you’re stuck on any levels and need help, try my walkthrough guide. 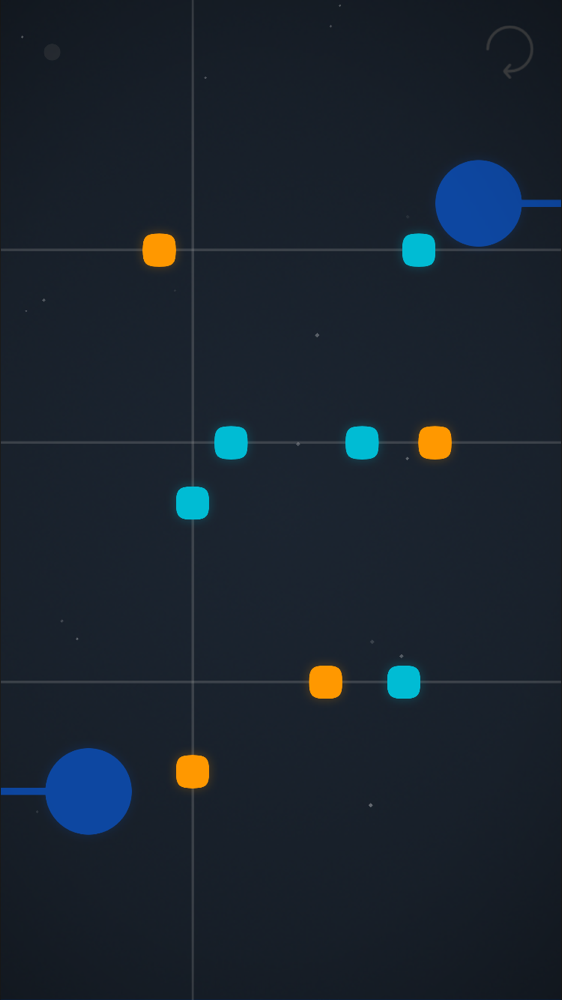 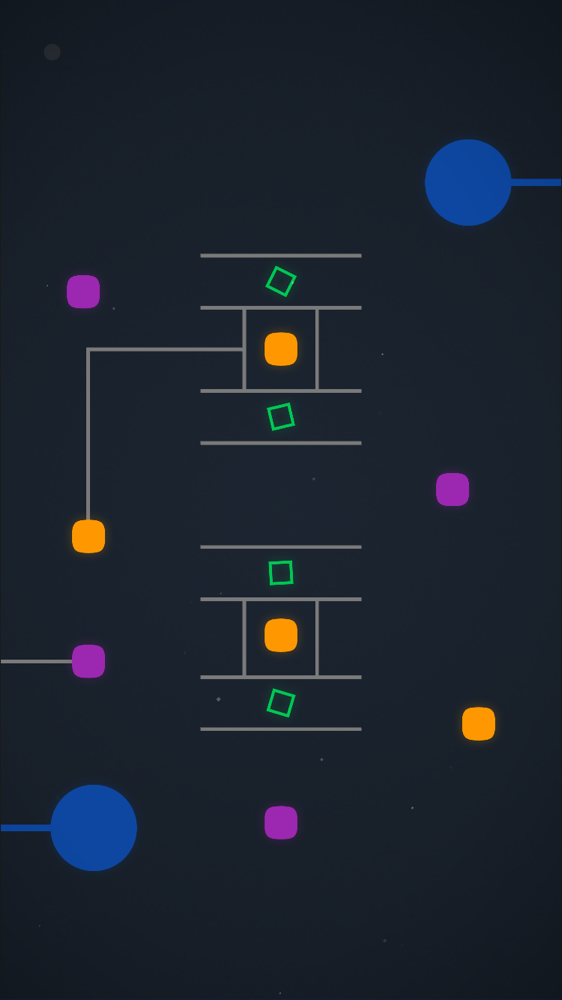 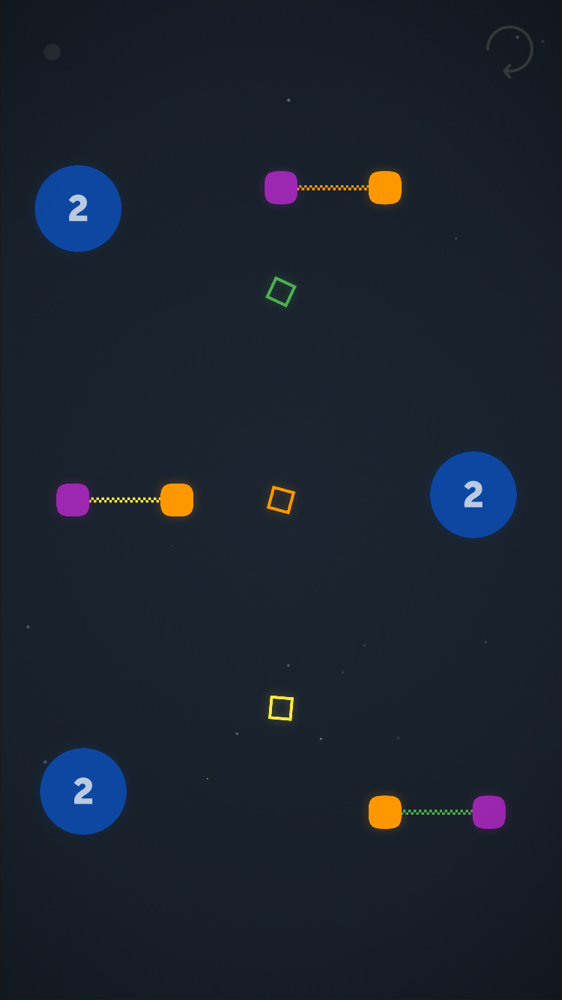 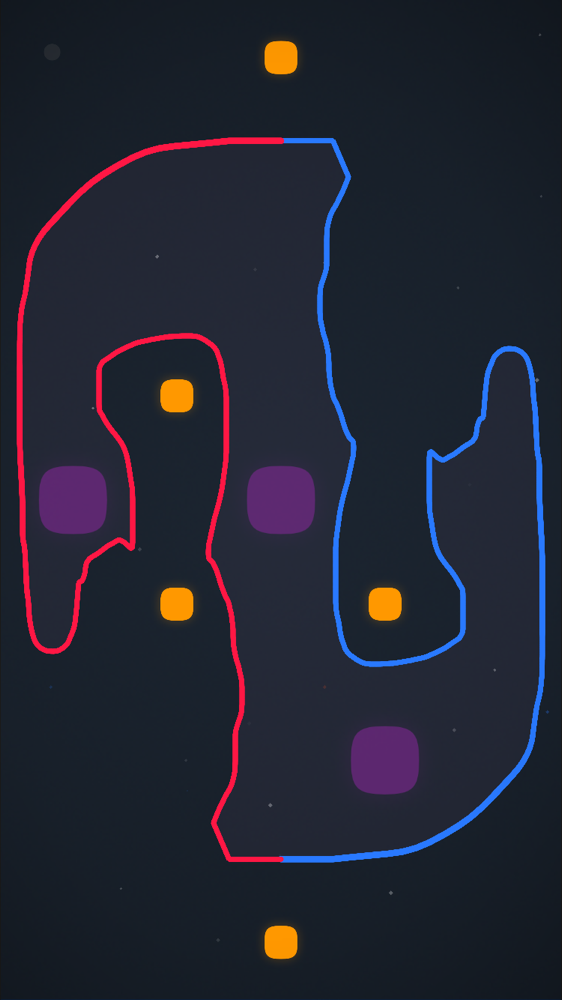 My Week Unwrapped: November 25, 2022 – Station 117, These Robotic Hearts of Mine, SpongeBob SolitairePants and More