Kunabi Brother’s new puzzler, FROST, is a hard game to describe. In some ways, it’s a spiritual successor to Blek, their tricky line-drawing game with a twist. Once again, you’re using your finger to draw, but perhaps it would be more accurate to say that you’re leading light particles where you want them to go. It starts off simple, but before you know it you’ll be scratching your head trying to work out a solution. Luckily, it’s a joy to look at and play around with when you’re stuck, since everything is made up of those light particles. That makes it part toy, part puzzler, and all art.

The game has a very basic tutorial in the form of a digital hand guiding you initially. It shows you that you can draw a path for the light particles to follow to the circle on the other side of the screen. When the outer ring of the circle fills up entirely, you’ve completed the level. For the most part, your guide stays out of the way and lets you discover how things work on your own. It only showed up again for me when it noticed I hadn’t picked up on a core mechanic, which was that I could tap anywhere on the screen to erase any paths I’ve drawn. Otherwise, they just keep building on top of each other. 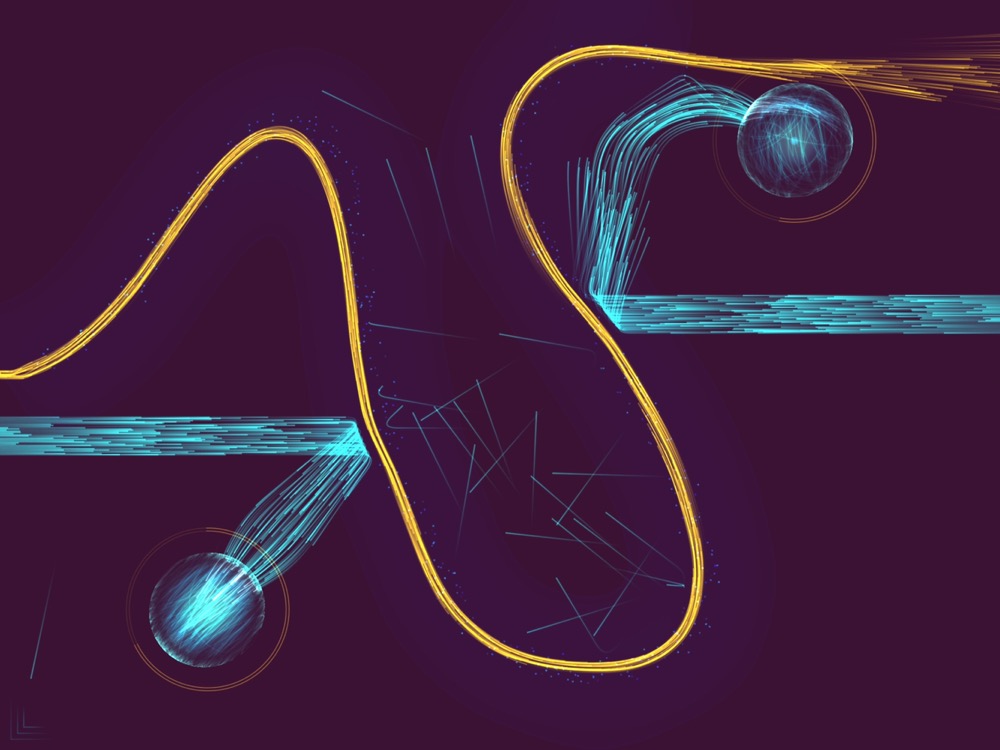 Like I said, things start off simple. But soon you’ll have two different-colored circles to fill at the same time with their own individual colors. If you let one fill up too soon, its outer ring will start erasing and you have to fill it again while making sure the other one stays full. Later, you’ll get particles that block other particles, and others that can form a shield around specific particles. Some particles can’t be moved on their own but need to be attached to other particles that can. There are even itty bitty spaceships that change the color — and therefore properties — of a certain particle. There are other mechanics I couldn’t even explain if I tried, so you’ll just have to experience them for yourself. The game doesn’t teach you any of this, though. Often you start a level looking at some particles and knowing little about how they work. The only way you figure it out is by messing around and seeing what happens. There’s a great sense of discovery to the game because of this. 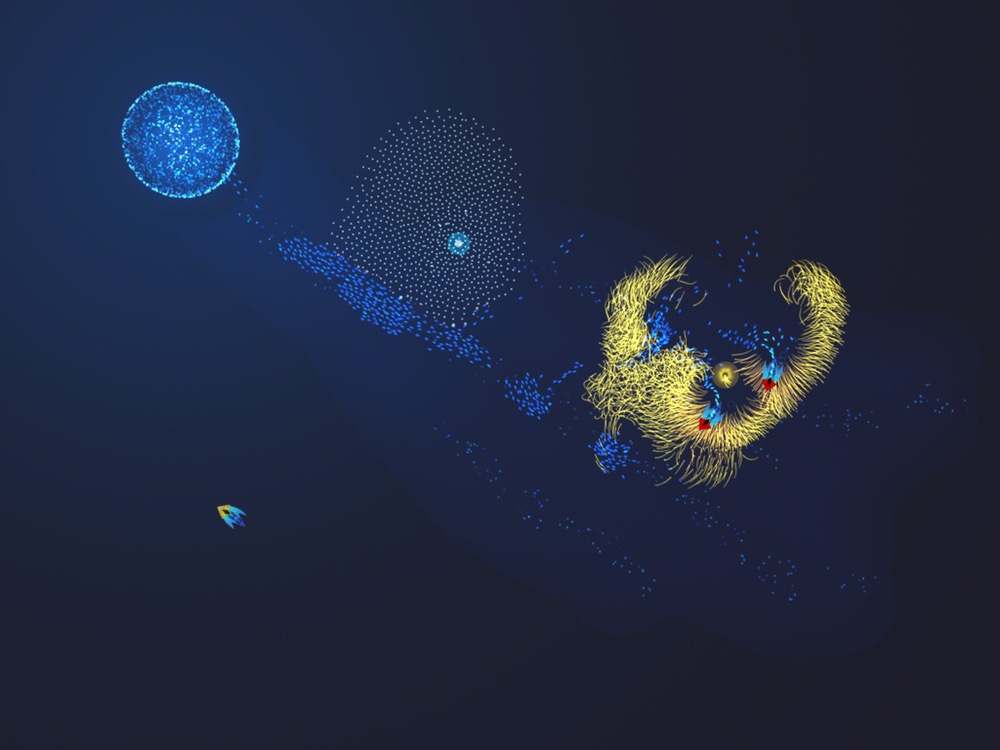 While FROST is mostly a relaxing game, there are some stressful moments due to the timing aspect. Out of the fifty-five levels currently available, there were a few that started to get on my nerves because I knew what I needed to do but I was having trouble getting it done. My favorite levels were those that were more cerebral, about figuring out the solution but not having to worry so much about doing it quickly. I should say, though, that sometimes a level only seemed unfair because I hadn’t figured out the optimal solution and was doing things a much harder way. But I still want to stress that if you don’t like any timed puzzles in your games at all, this might not be for you. But for those willing to take on the challenge, there’s a very special game here. 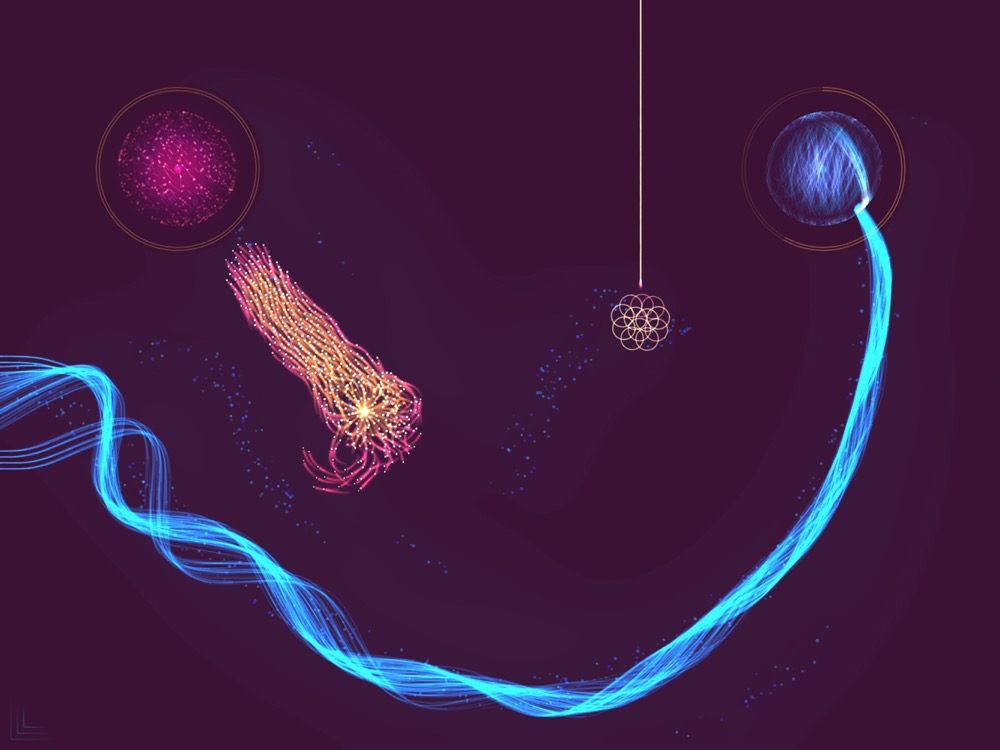 There is one small caveat, but it might just be me. I’m not sure if it’s the game forcing my iPad’s brightness up to 100%, but it gives me a bit of a headache, which is unfortunate for what is otherwise a relaxing game. I had to play in small bursts throughout the day, instead of one or two long sessions. But otherwise I have no real complaints about the game. They even included iCloud support, so even though I don’t currently have space on my iPhone for it, I can download it any time I want and play around with whatever level I choose, since I completed it on my iPad. 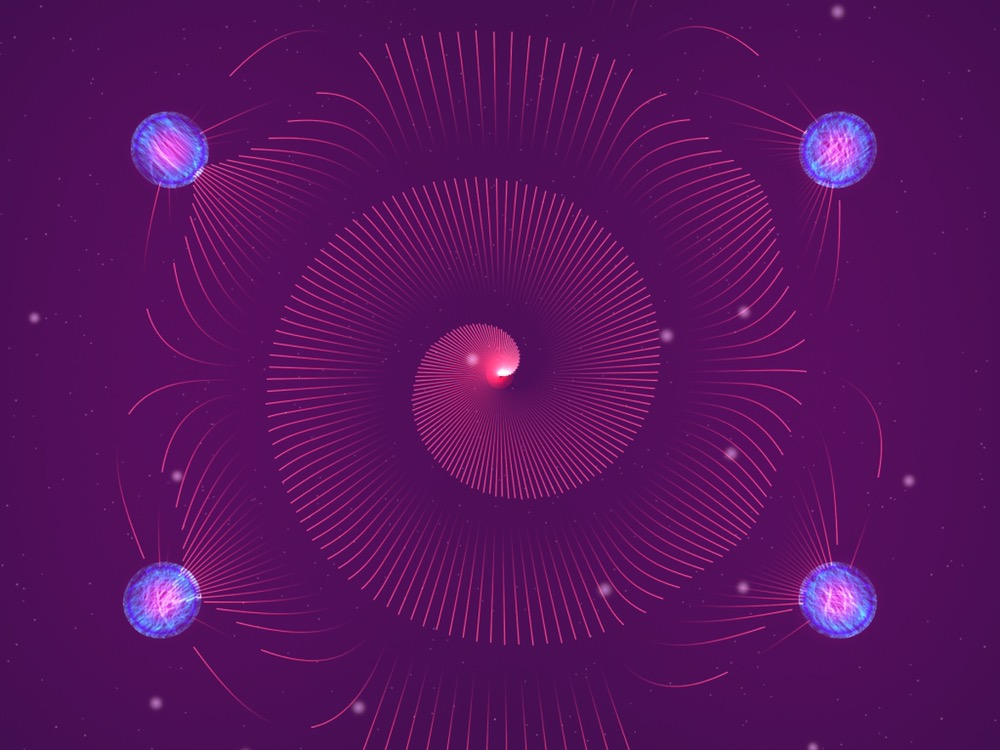 If you liked Blek, FROST is probably a no-brainer purchase. For me, it’s less rage-inducing and more relaxing. But there’s definitely some solid puzzles here for those who want to work their brain. Perhaps unlocking more levels at once would allow those more interested in the play aspect to enjoy more of the game when they’re stuck. But I can see how that might be an issue, since the game introduces new mechanics gradually. I also wouldn’t mind seeing a playground mode where you can just mess around with different particles. And of course, more content would always be welcome. But the game as it stands right now is pretty dang near perfect as it is. If you like curious toy-like games or puzzlers, just grab it here and get lost in the particles. 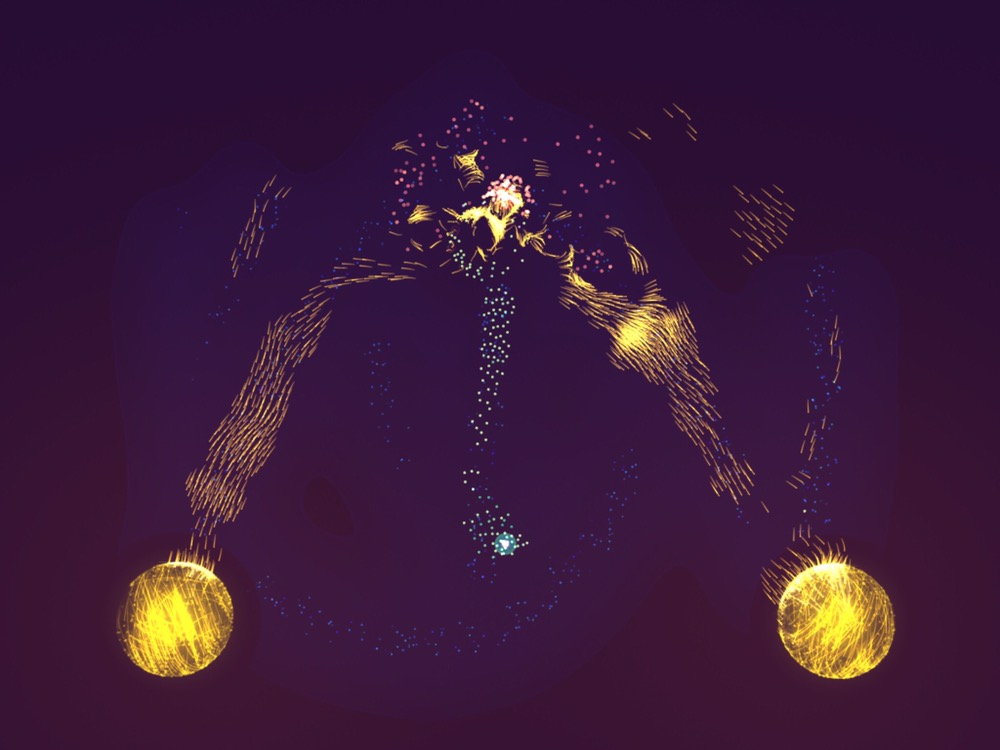