The simplest way to describe Fantastic, yes’s puzzle adventure, Returner 77, would be to say that it’s like The Room in space. But that would be doing it a disservice, since it’s so much more than that and is by no means a cheap knockoff. I didn’t know much going in, as I only heard about the game a few days before release. But from the first moments to the last, I was completely blown away. I kept stopping to tweet about it because I couldn’t believe how polished the presentation was.

The game takes place in the future, after an alien invasion of Earth and the Crystal War. Seventy-seven people were chosen as survivors, or Returners, put in cryogenic sleep and sent off to space to wait until the Earth is inhabitable again. You play as returner 77, waking up in your space pod that’s attached to an alien spaceship. You find out through video messages left by Colonel Ling, 76, that she is the only returner left besides you. Her messages help guide you as you both look for a way back to Earth to save the human race. The game’s story had me eager to discover what happens, but unfortunately we don’t get those answers just yet. It ends on a cliffhanger, as this is only the first episode, so you’ll have to wait to unravel the mystery.

First, the graphics, the main attraction. Since it takes place in space, we’re rewarded with gorgeous views of planets surrounded by floating debris as we look outside the window. There’s also crystals everywhere, as the aliens seem to use them for everything, from building spaceships, to locking doors, to creating lasers, to merely decoration. That’s fine with me, because it makes for some really impressive environments. While it’s not a free roam game, but instead tap-to-move like The Room series, I couldn’t stop taking screenshots of everything and from all angles. Even the objects you pick up are worth playing around with to see the light glint off the shiny edges. I played the game on both my iPhone 6S and iPad Air 2 and it never skipped a beat on either one. These are devices that are over two years old and it would have been understandable if such a graphics-heavy game got downgraded on those devices or suffered in some way. But I didn’t even see any noticeable difference on my new iPad Pro. The fact that they could deliver such high quality graphics on older devices without slowing them down is seriously impressive. 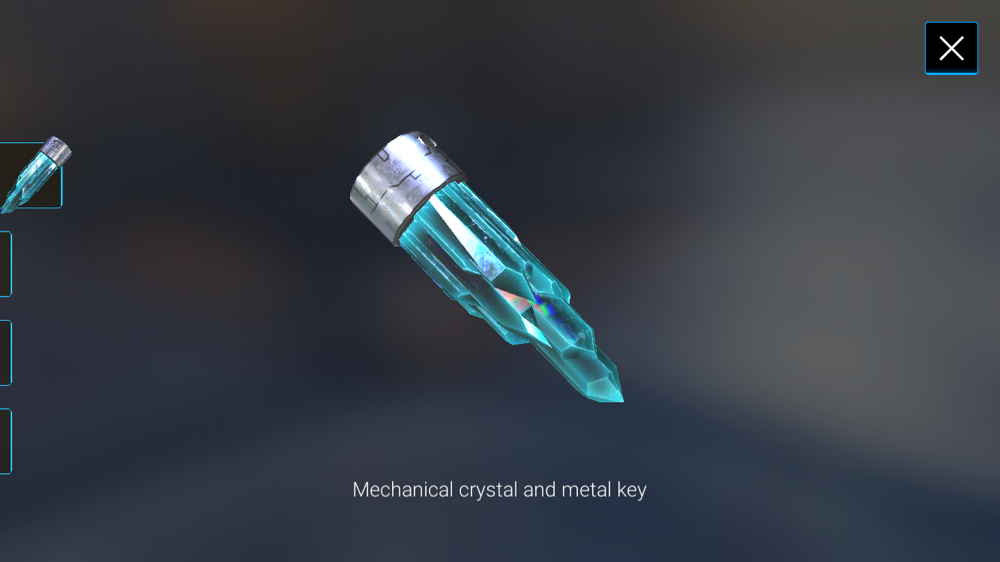 The soundtrack brings the whole thing together, and I highly suggest either turning the volume up or putting on headphones. It makes it a much more immersive experience, especially with the video clips. Colonel Ling communicates with you through numbered video clips she records and leaves lying around for you to find. For the most part, the videos sold me, but sometimes they were a bit unconvincing. The glitch effects on them made a difference, helped make them more believable as footage recorded under duress. I’m not sure how the plot would hold up to scrutiny, especially since it’s incomplete at the moment. But the game looks so good that I was willing to go along with the ride and not think too much about it. 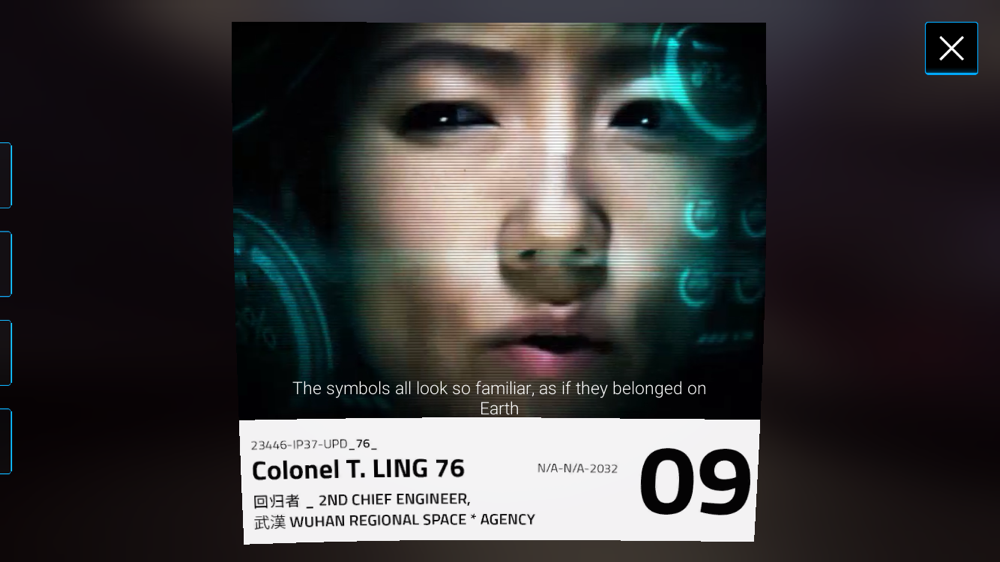 Since much of what you’ll be doing is solving puzzles, let’s talk about that a bit. They vary in difficulty levels, and there’s a symmetry to the way certain types of puzzles get revisited, but it never felt repetitive. The puzzles aren’t so much like those in The Room, where you look for hidden keyholes and trap doors. Instead, it’s usually fairly obvious what you should be working on next. This didn’t bother me, as the puzzles were varied enough to hold my attention. Some involve line-drawing mazes similar to what you’d find in The Witness, but with enough of their own twists to make them feel original. And they tripped me up a few times! Others ask you to rotate two spheres until the lights they emit follow the same path. And while there are a few sliding tile puzzles, they’re spruced up enough that I ended up enjoying them when I usually hate those. Overall, I thought there was a nice mix of easier and trickier puzzles, but nothing ever got so difficult or frustrating that I needed to resort to hints. I found the puzzles did a good job keeping the pace, making you eager to complete another one in order to progress and see more of this world. They also fit with the theme, even if it might be a little bit odd that everything is locked behind puzzles. 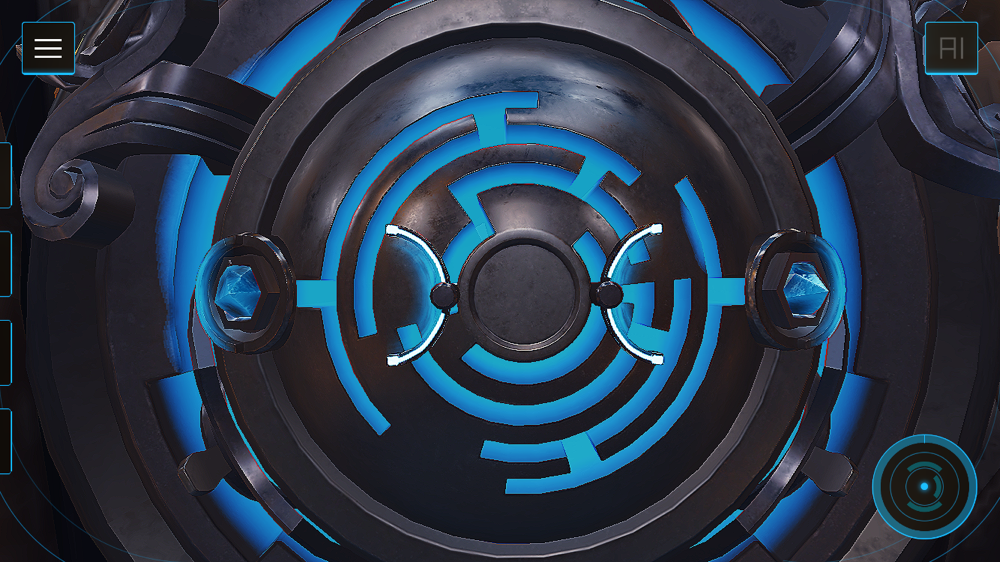 One of the reasons I was so disappointed by the length and the abruptness of the ending was because the game does such a great job slowly building the suspension and preparing you for an epic story. For instance, early on, you find two video clips numbered 42 and 43. This made me think I was in store for quite an adventure, as there would have to be enough content to fill in all those clips to get to 42. I figured I’d make my way around and then back to the start where everything would be explained. The game unlocks one chapter at a time, but you can see the space saver for the locked chapter ahead of you. So all through the third chapter, I still believed this was going to be a huge game. Part of my amazement with everything was how big I imagined the game to be based on what I’d seen before. It wasn’t until I was on the fourth chapter and saw that there were no more chapters to unlock, that I started to suspect it wasn’t going to end properly. This soured the last chapter for me a bit, as I had gotten thoroughly sucked into the game and was not prepared for it to end so soon and with no answers. 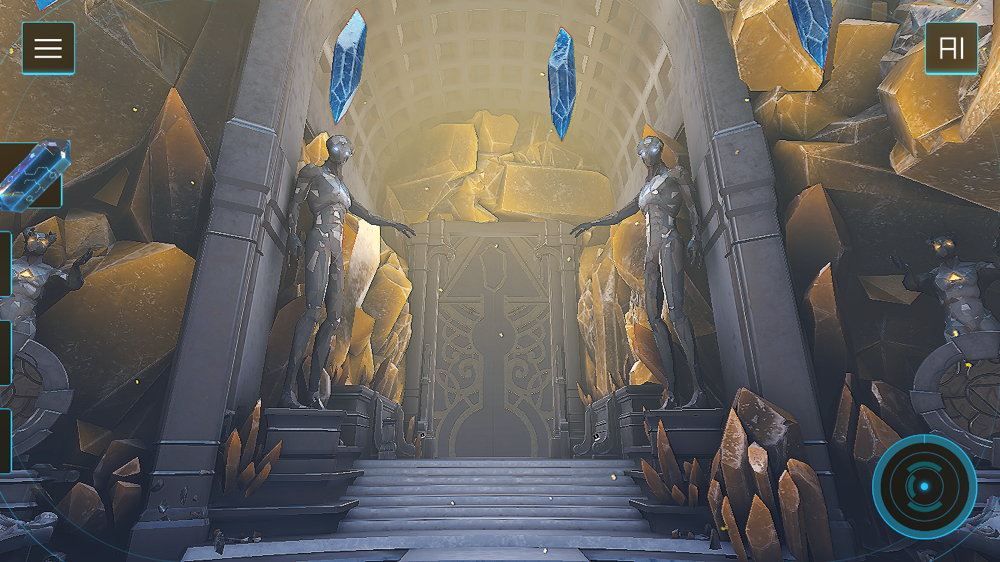 The good news is that the developers said they’re adding some extra content in December that will make the ending feel less abrupt. It won’t be an entire episode, but it should hopefully help tide us over until the next game is ready. The game also currently has no iCloud sync so you have to stick to one device, but they said they do want to implement it in an update. 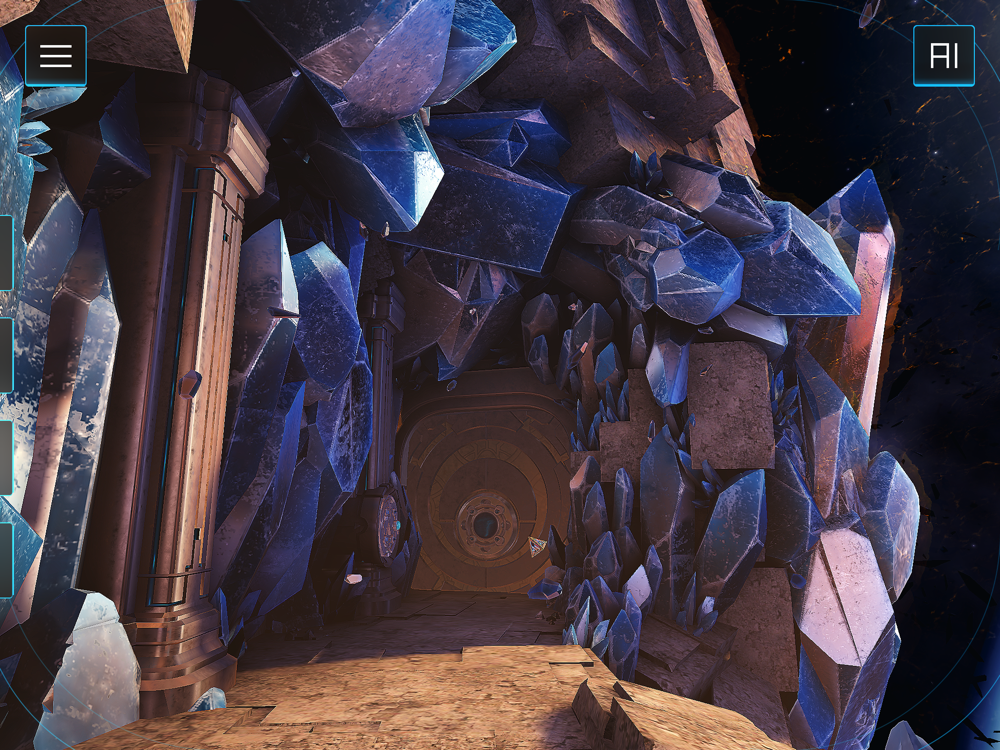 The bottom line is that Returner 77 is an impressive puzzle adventure that is the start of what will hopefully be a truly epic game once it’s complete. I’m glad I got to play it, as those visuals are breathtaking. But just know before diving in that it’s not the complete game. I don’t think you’ll be disappointed as long as you know what to expect. A large part of my disappointment was due to my not being prepared for a cliffhanger. So if you don’t mind having your appetite whet and then waiting for the rest of the game, I highly recommend picking up Returner 77. You’d be hard-pressed to find something more visually impressive on the platform. I just hope the wait isn’t too long. If you don’t mind the cliffhanger, stop stalling and grab the game here.

I also have a walkthrough here if you’re stuck and included more screenshots below since I had so much trouble choosing which ones to include. 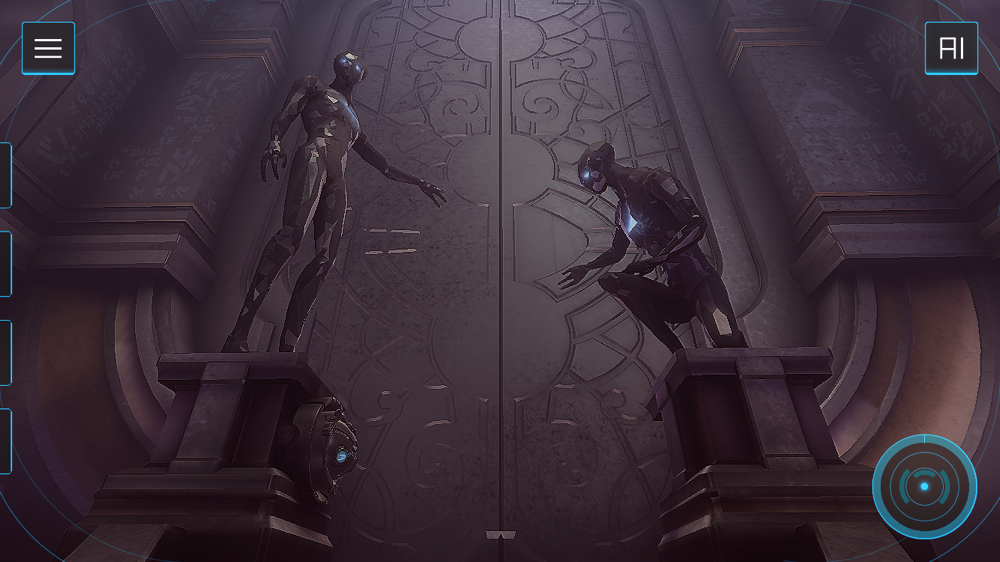 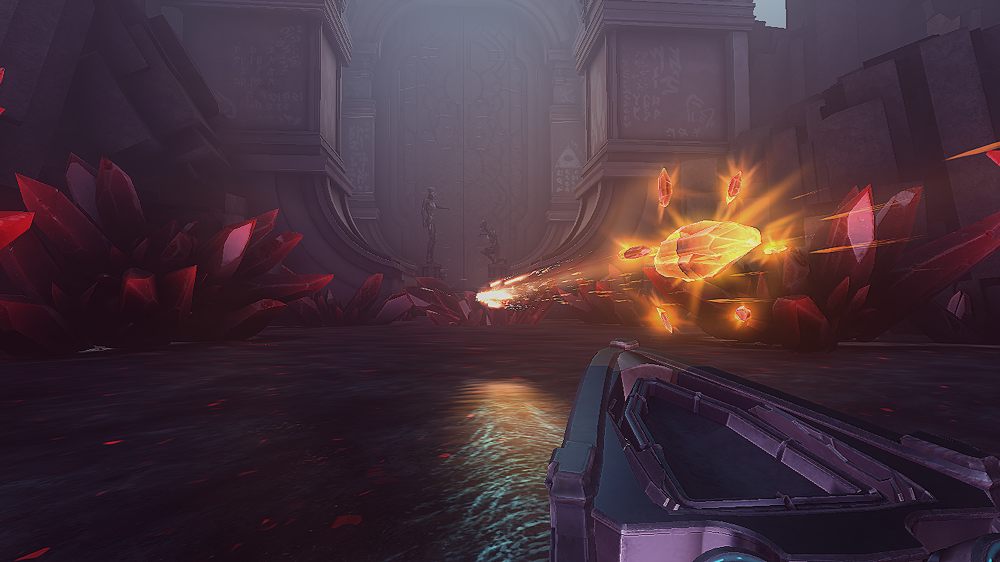 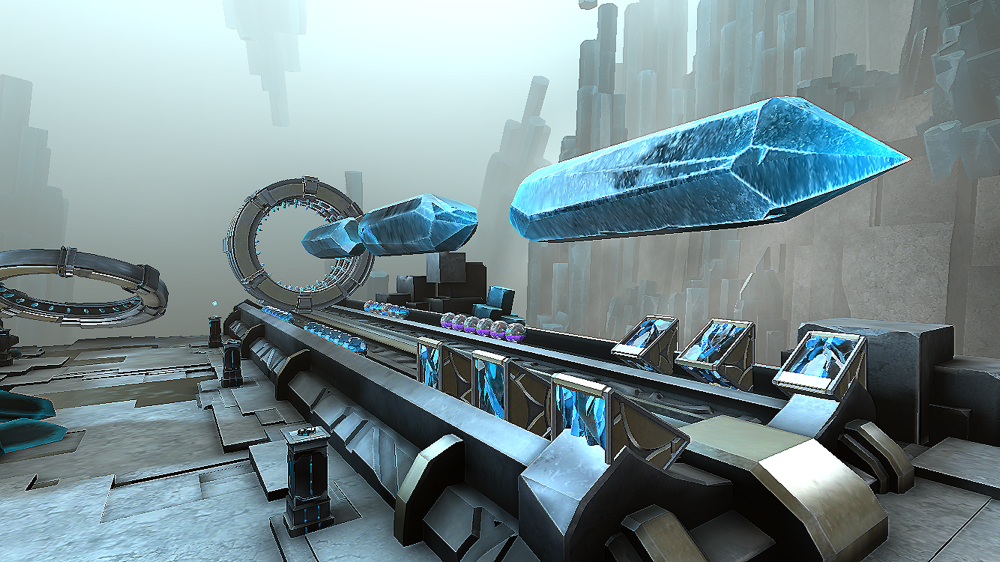 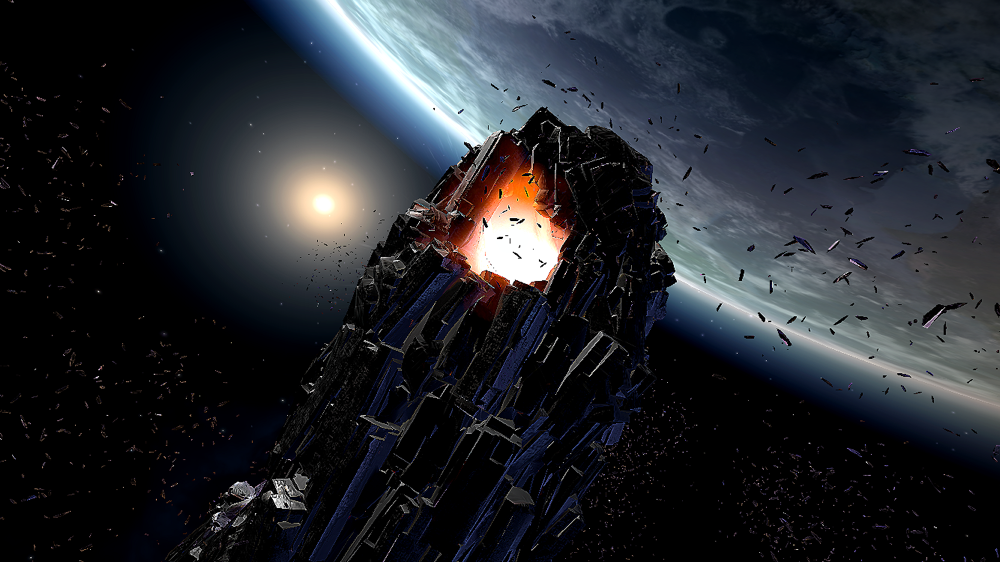 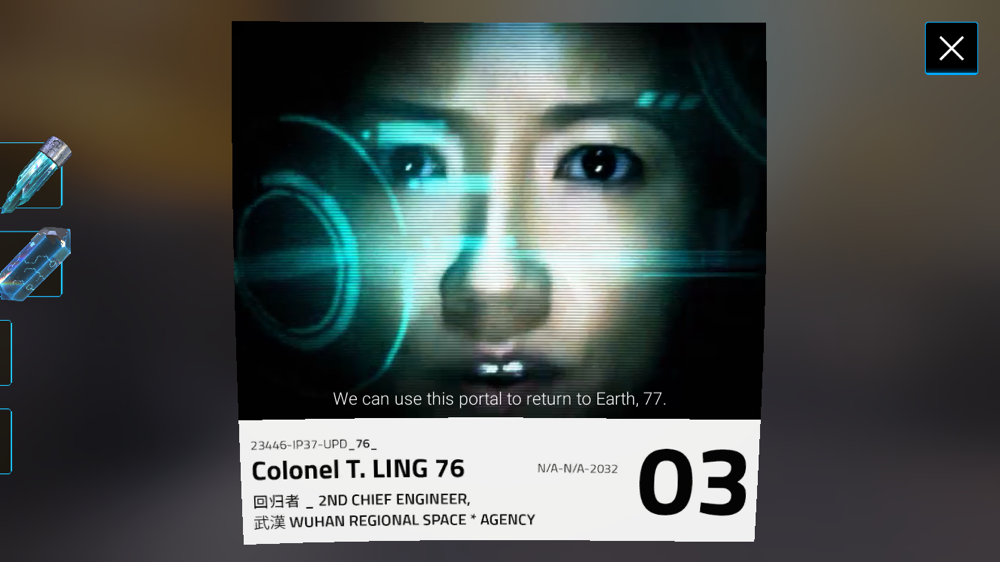 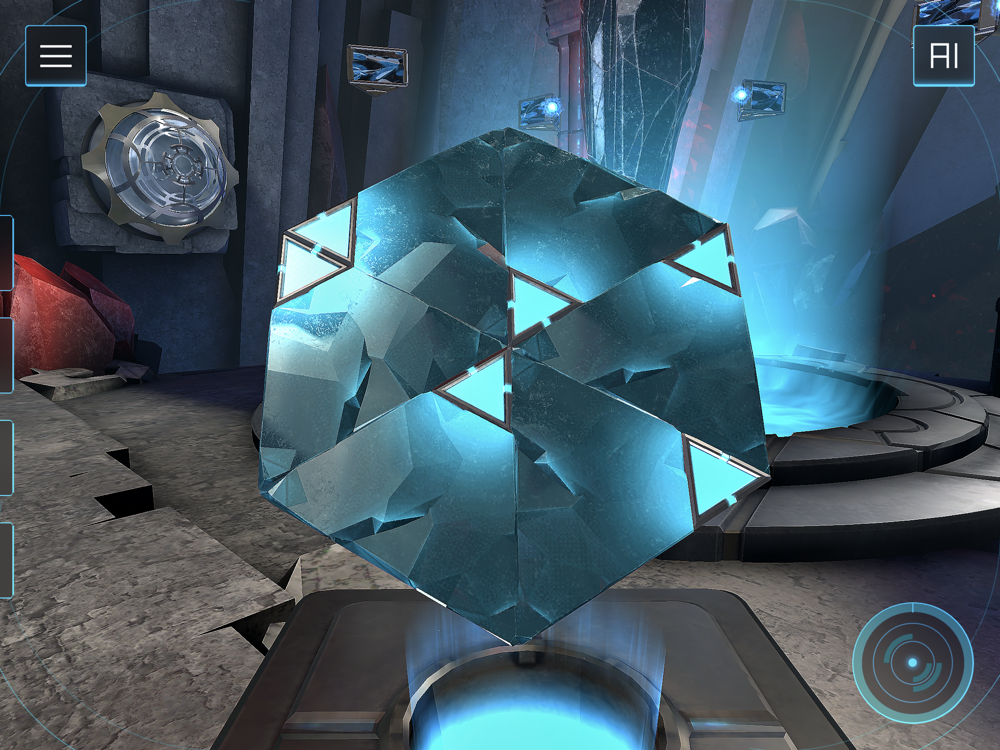 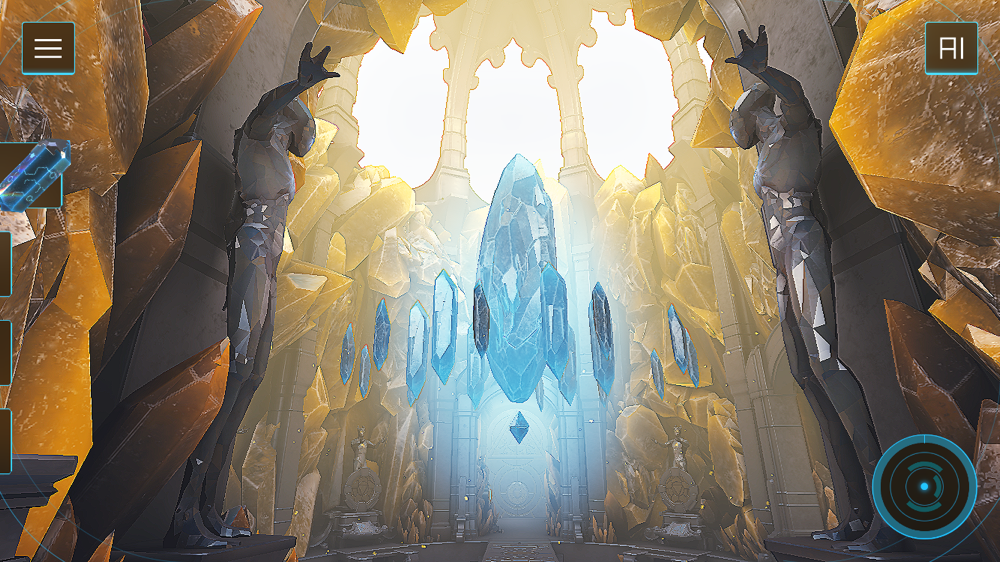 The Room: Old Sins – All Journal Entries and Letters