Before talking about Baba is You, let me give you a brief recap on my relationship with PC gaming for context. If you follow me on Twitter, you most likely already know that I hate being chained to a PC. Once I got an iPhone, it replaced my PC not just for games, but for pretty much everything. So when I say I really don’t like playing on my PC, understand that I barely go on there at all. I would — and still do — go out of my way to avoid using my PC whenever possible. I even do all my writing for my site on my iDevices. I did buy a gaming laptop and have since played a few short narrative games, like Davey Wreden’s The Stanley Parable and The Beginner’s Guide. I even got over my PC hatred long enough to play through the fantastic point-and-click adventure, Unavowed, last year. But despite puzzle games being one of my favorite genres to play on my iPhone, I keep refusing to play them on my PC, no matter how highly recommended they come from people I trust. That’s because they’re not something you can play in one or two sittings. A good puzzle game usually involve lots of staring and thinking and trying out different solutions. They’re perfect for something I have in my pocket at all times, but the idea of being chained to my desk for them makes me cringe. And yet, I simply couldn’t wait to play Baba is You, so I’ve spent nearly a week now on my dreaded PC, and have solved about eighty puzzles. That’s how good this game is.

Baba is You is kind of like a programming game for people who hate programming. It’s Sokoban, but the blocks you push around are words and objects representing those words. By pushing them together or pulling them apart, you can create new rules that will help you solve the puzzle. For instance, if there’s a wall surrounding you (as Baba) and also the rule WALL IS STOP exists, you can push STOP aside and now you can walk through walls. That’s the most basic idea, but as new words and new obstacles are added, it gets trickier. Like, what of WALL IS STOP is against a wall and can’t be broken up? Maybe you can make WALL IS JELLY and turn the whole wall into harmless jellyfish you can pass right through. But what if JELLY IS DEFEAT and you can’t touch them either? The game constantly adds new challenges and prevents you from using the same solutions over and over. This is a game about experimentation, and experiment you will. 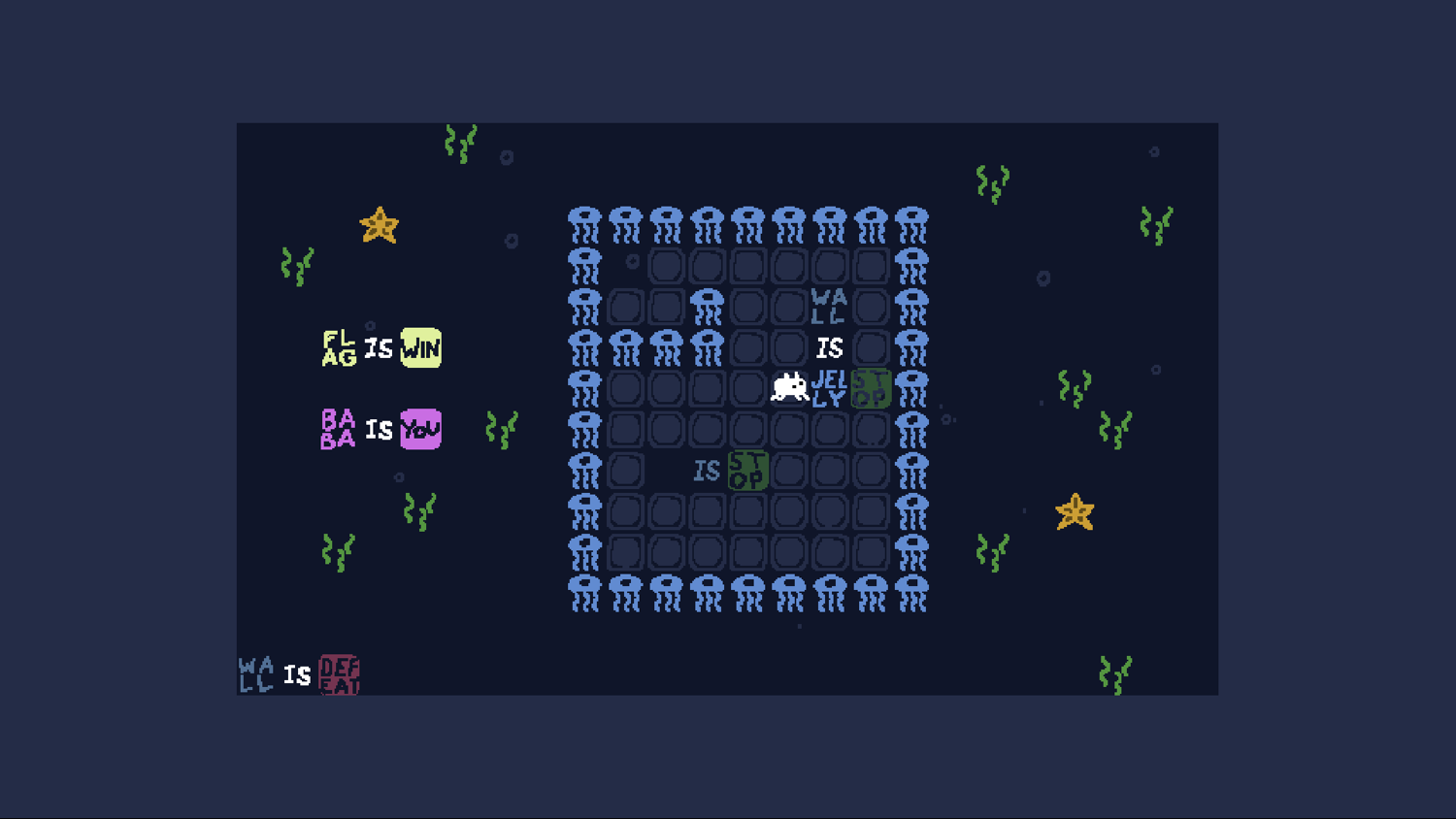 There are two rules that are constant: something always has to be YOU, such as BABA IS YOU; and something has to be WIN, such as FLAG IS WIN. In that situation, you would need to get yourself, as Baba, to walk onto the flag in order to complete the level. The words in front can change, thereby changing the meaning. So you can have WALL IS YOU and then you control all the wall tiles. But everything has to be taken into account. If you break up BABA IS YOU, you fail the level, but can undo your move to fix it. If you make something like BOX IS YOU but there are no boxes around, you also fail. This is one of those games that would have been utterly broken and miserable without an undo button, but thankfully the developer realizes that. 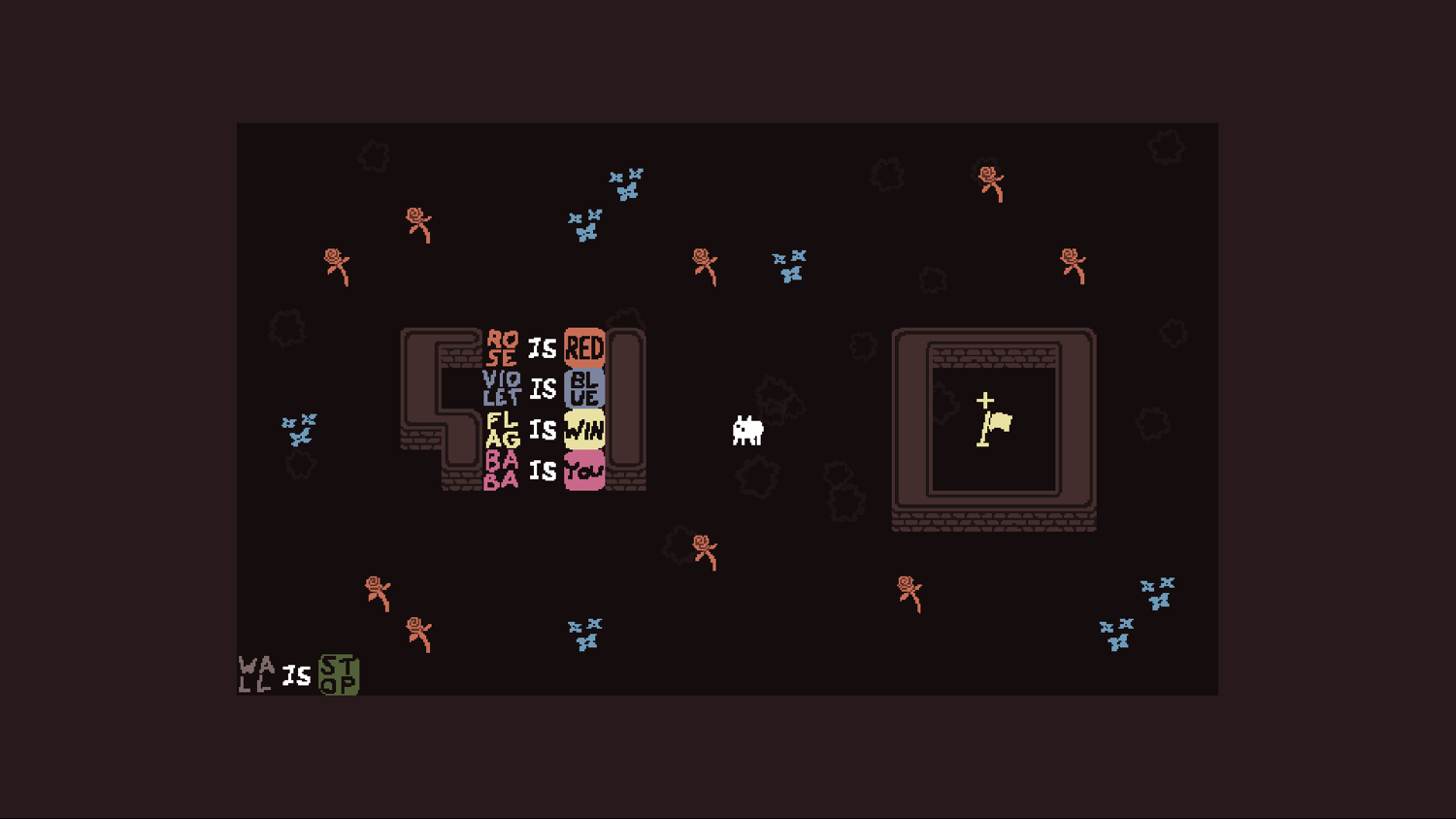 As new words are added, the possibilities really open up and the game can become devilishly tricky. Take HAS, for example. If you put BOX HAS KEY together, then the box will drop (or turn into) a key when it’s, say, melted. Using this technique, you can essentially create endless objects out of one. So if you have two doors but only one key — or no keys — you can create more! Later, you start encountering words like NOT or EMPTY, which make for some really bizarre interactions. Puzzles in Baba is You often look impossible at first glance, and even perhaps after working at a level for a solid hour. But there’s always a path to WIN throughout all its two hundred levels. 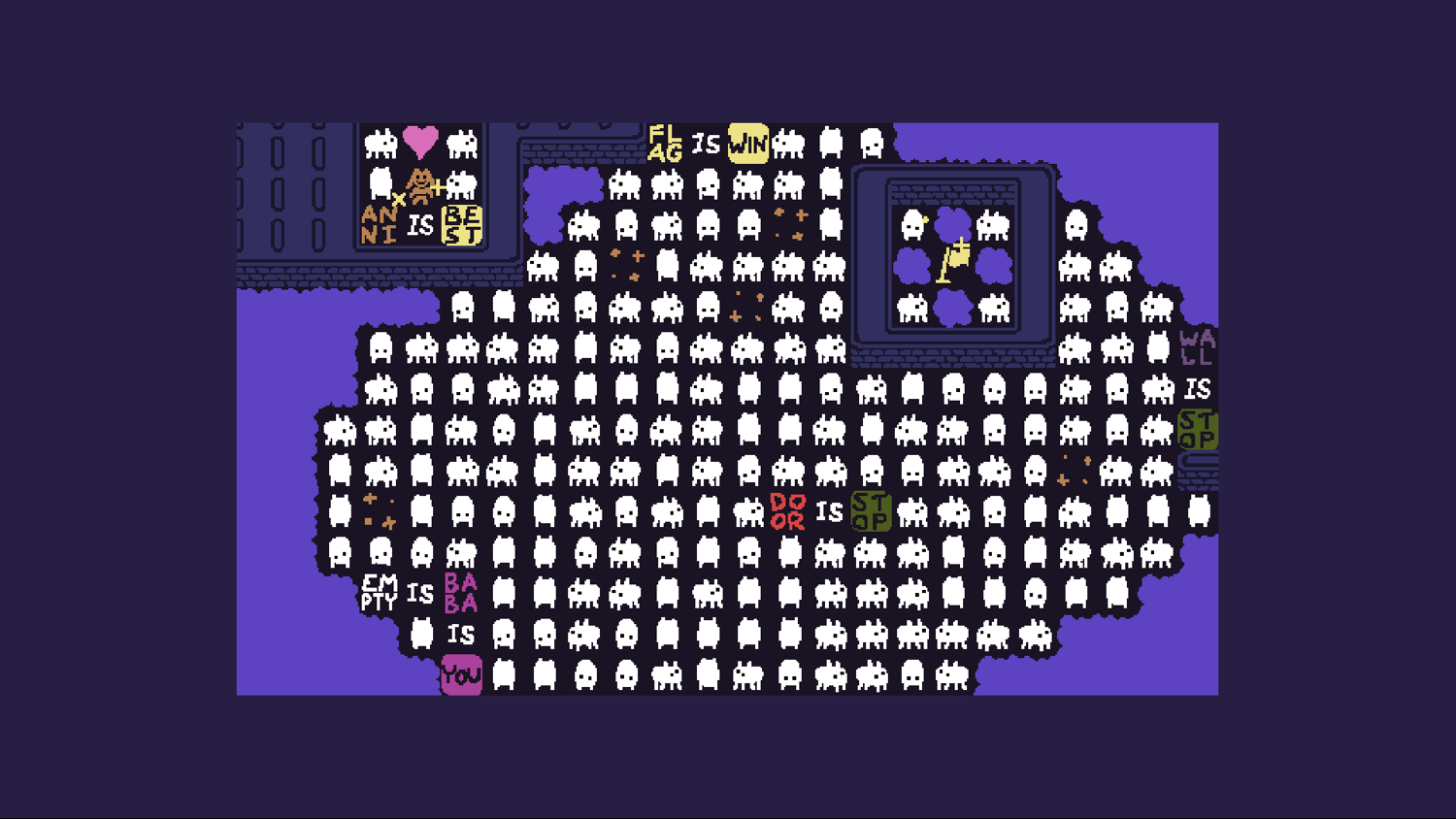 As with other challenging puzzle games, such as Snakebird, you don’t have to play Baba is You on linear fashion. Every time you solve a level, new ones will unlock in branching paths. You may even have five different areas unlocked at once that you haven’t completed. In a game like this, it’s absolutely necessary, since you could be stuck on a puzzle for days. It’s nice to be able to make progress even when one solution is escaping you. The puzzles are also very varied in theme and complexity. I personally prefer the ones that require clever, out-of-the-box thinking, but not necessarily a ton of work to get there. I never solved the last few Snakebird puzzles because they just seemed like too much work. And some Baba levels also feel like that, too. A few are more work than they are tricky. Still, it’s satisfying to complete even those, especially when they unlock new puzzles to work on. 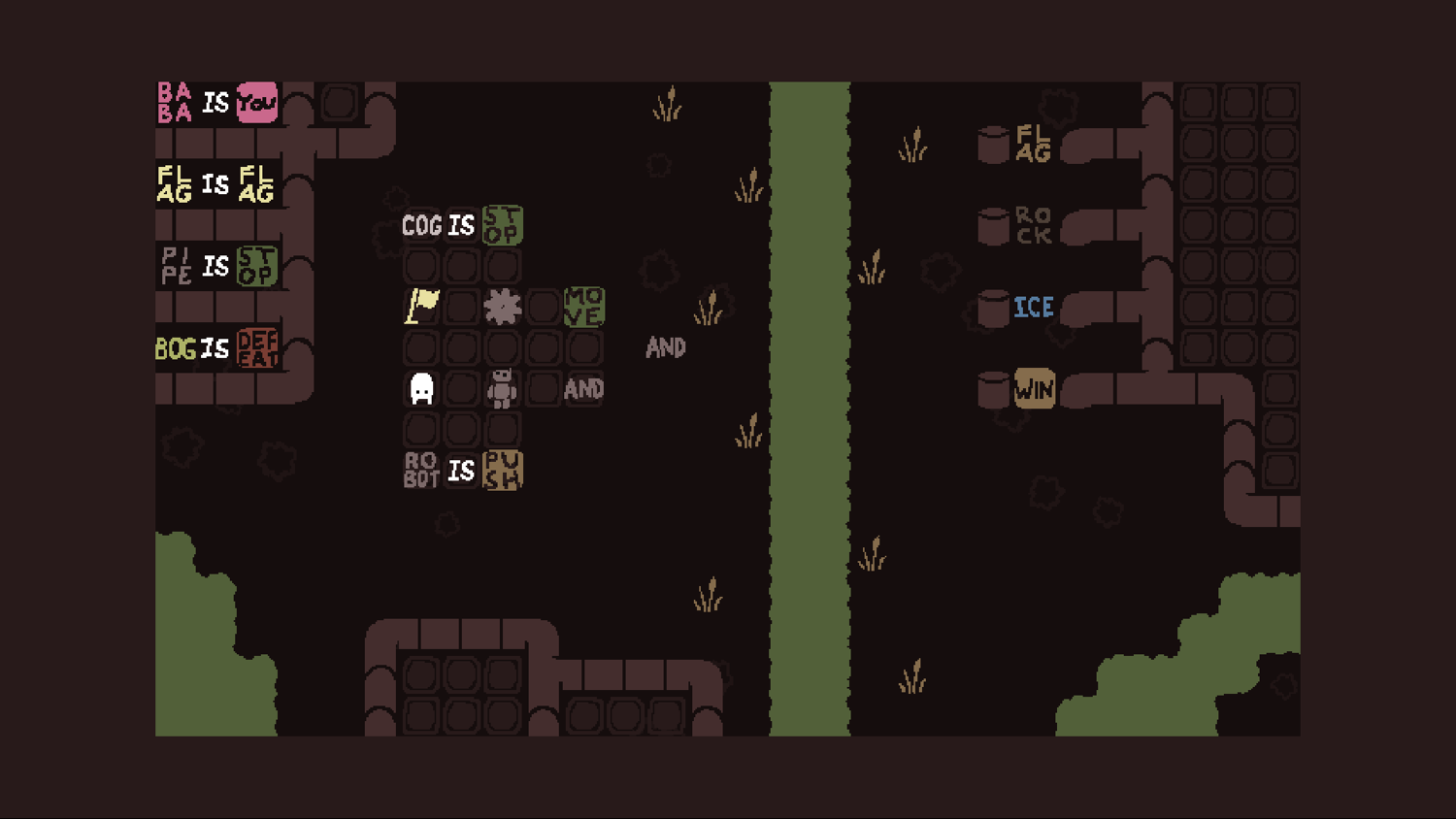 Baba is You is one of those rare puzzle games that makes you feel like a genius three seconds before making you feel like an idiot again. It’s a testament to its strength that I’ve spent as much time as I have playing it and working on a walkthrough. I’ve barely even paid any attention to new mobile games this past week. I still don’t really enjoy playing on my PC and I keep taking photos of puzzles so I can study them on my iPhone. If I had a Switch, I would definitely choose to play on there instead. Because I’m not able to take the game with me on the go and also can’t stand long sessions on my PC, it’s entirely possible I’ll still be working out some of the solutions when the game finally makes its way over to iOS. But this is a game that would feel absolutely perfect on an iPad and iPhone with iCloud sync. I’m drooling at the idea of it, especially if developer Arvi Trikari manages to translate it to portrait mode on iPhone. I still highly recommend playing it however you can, as it’s an extremely clever game that’s melting my brain. And you certainly get your money’s worth with the massive amount of content. If you can’t wait to play the game on mobile, you can purchase the Steam version here or Switch version here.

Into The Dark : Narakan – Walkthrough Guide, Tips and Tricks