Kavel is a match-four high score-chasing puzzler that I’ve been pretty obsessed with since its release. When I reviewed it, I still hadn’t figured out it’s deepest darkest secrets that lead to the truly high scores. But since then, I’ve managed to not only destroy my own high scores, but I topped the iOS leaderboards with a score of over 200,000,000 points! So I thought I would take this opportunity to help others understand the game better and make more tactical decisions.

First off, let’s talk about the basics, what the game’s tutorial teaches you.

We’re referring to the Casual mode here, and it gives you 50 moves before the game ends. Each move, you’re given a Tetromino to place on the board. You’re also shown the Tetromino that’s up next, so you can plan out two moves at a time. You can also tap to rotate the Tetromino before placing it.

What the tutorial tells you is that you need to match four of the same color/shape gems to create a bomb. In the image below, you can see I matched four circles. The meter at the top shows that I matched 5% of the board (5% of 81 gems is 4) and will earn one bomb, which will be a random shape. The new bomb you created will drop somewhere in the space you cleared out.

These solid gems are bombs. I turned on the setting that gives them a border to make them easier to spot. 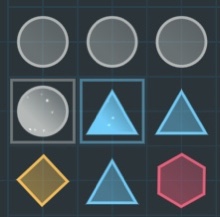 If you make a match that includes one bomb, it will clear out any gems of that color that are touching those four gems. In the image below, you can see that clears out a pretty big area — 49% of the board! But since that’s less than half, you still only earn one bomb from it. You can also see that some circles are leftover and didn’t make it into the match because they’re not touching the others.

NOTE: Any bombs cleared that are not inside the match itself will reappear as a new bomb. You don’t lose bombs by clearing out a color that includes a few bombs. 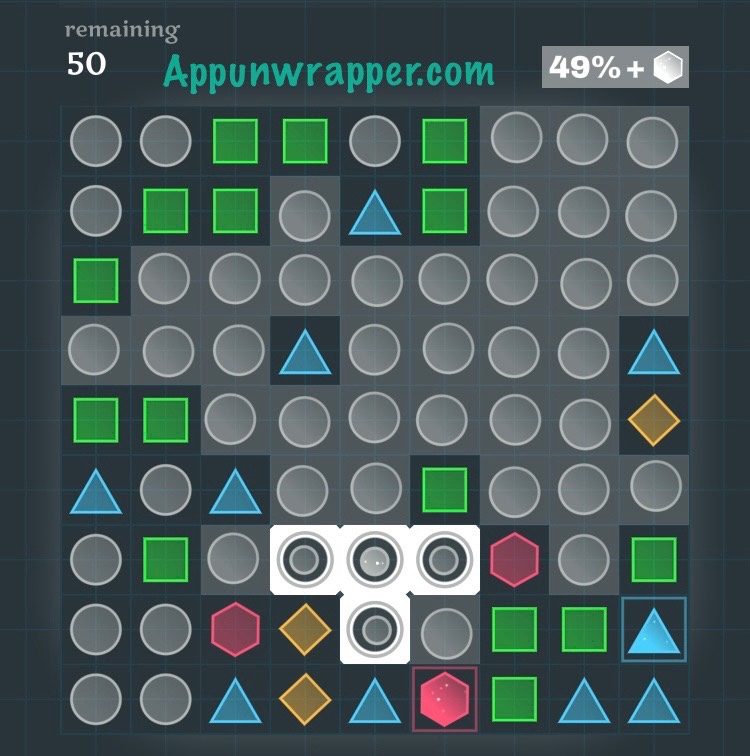 But what if we include two bombs in our match? Then it clears out all gems of that color. And in this particular instance depicted below, you can see that would clear out 53% of the board, which is over half. That means you would earn two bombs from this match instead of just one. 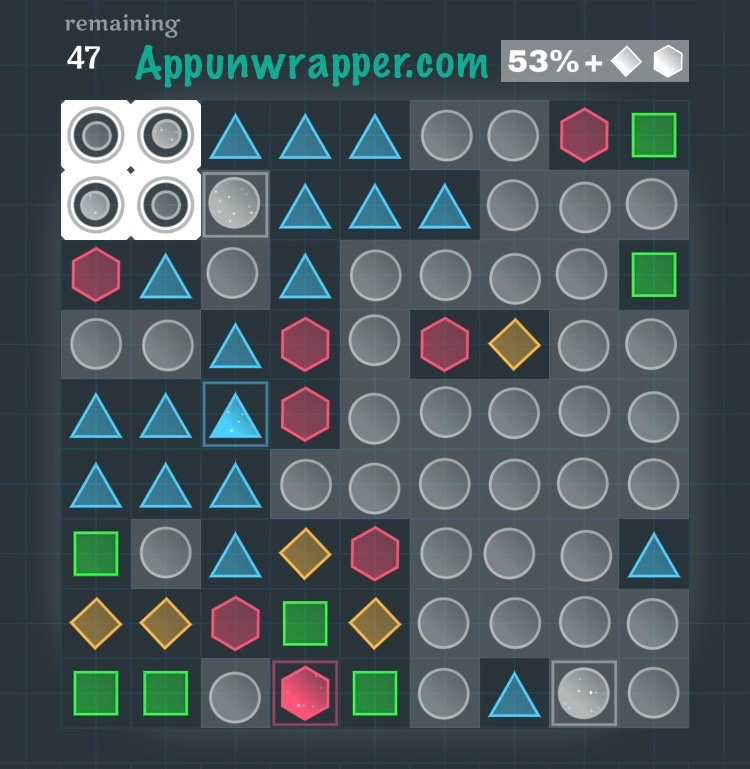 But what happens if we include three bombs in our match? Things get more interesting. It clears out all the gems of that color and then rearranges the board by color, from smallest number of gems to greatest. But there’s a reason you might not want to do this too often, which I’ll come to a bit later. For me, this move has a very specific purpose. 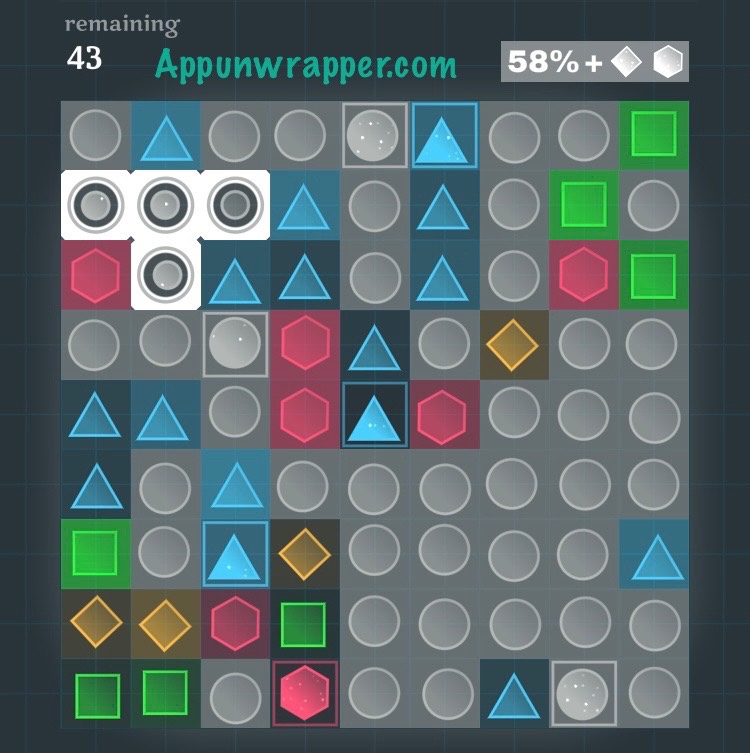 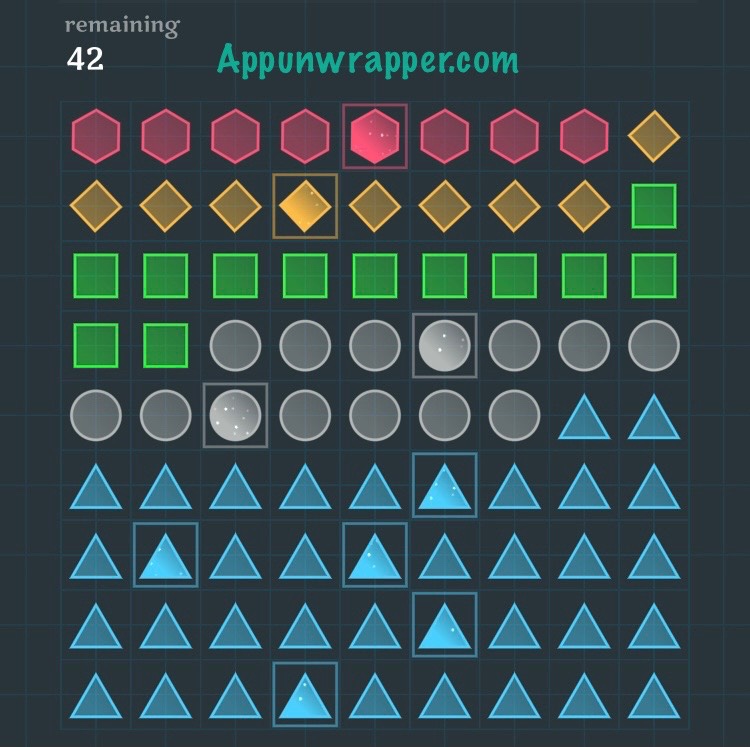 Now, a match of four bombs is what you want to aim for. This will turn all your existing bombs into upgraded bombs, which are the only way to increase your score multiplier. Those upgraded bombs are distinguishable by the double outline. One thing I learned over time is that it’s better to wait before matching four bombs, so you have more bombs available to get upgraded. 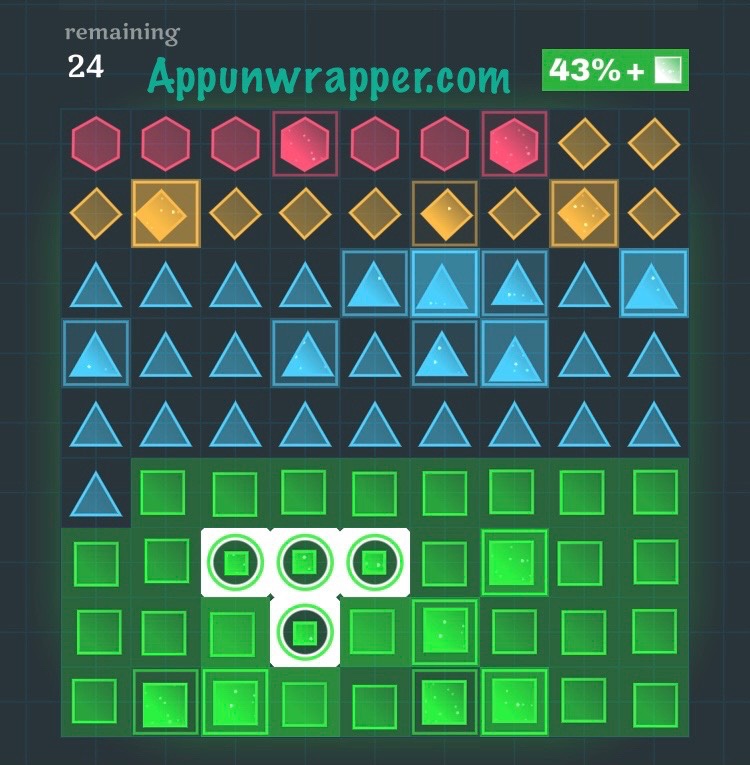 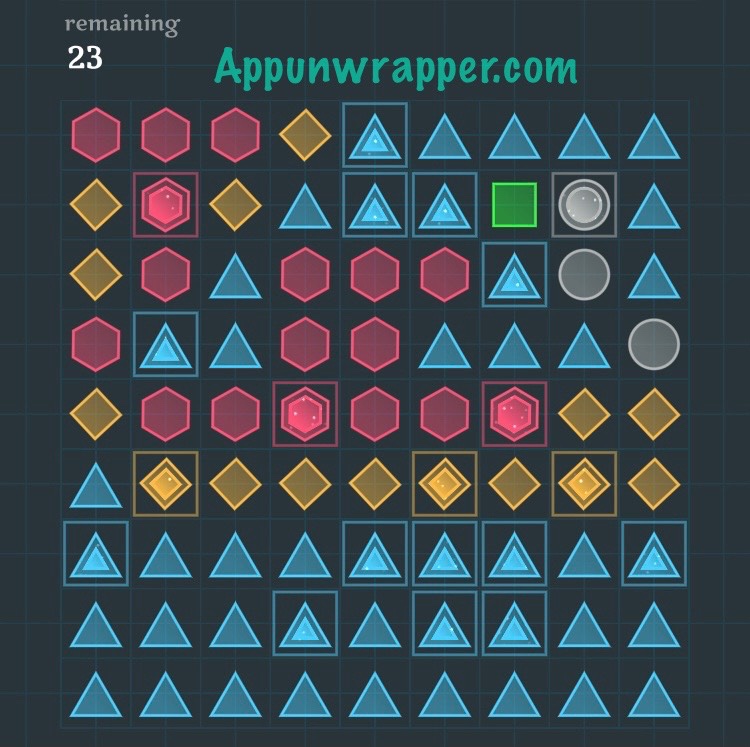 Matching any of those upgraded bombs will increase your multiplier bonus. Matching one will give you +0.5x, matching two gives +1x, three gives +2.5x and four gives +5x. But matching four will also create a special tile that gives you an extra move if you include it in a match. This is how you reach higher scores. 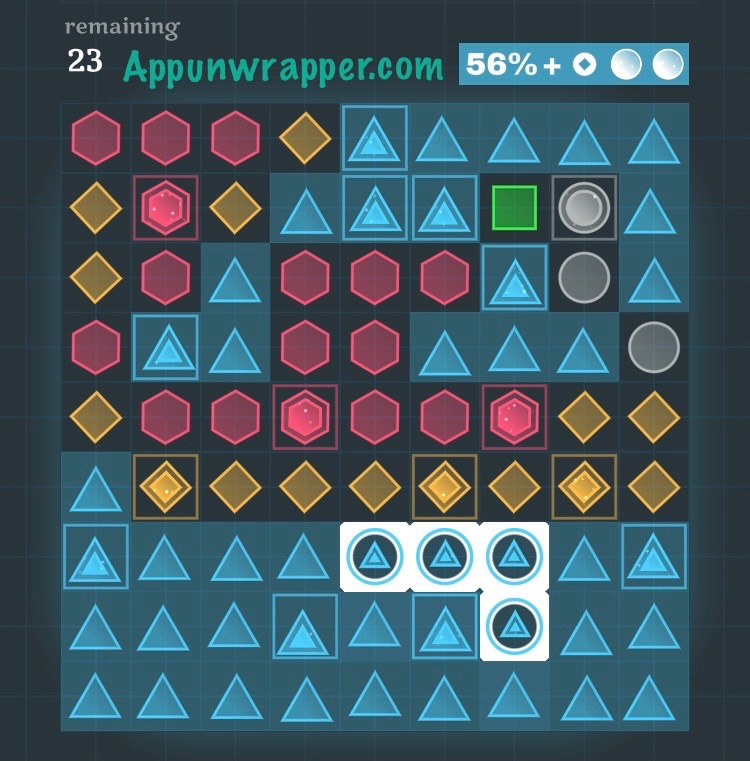 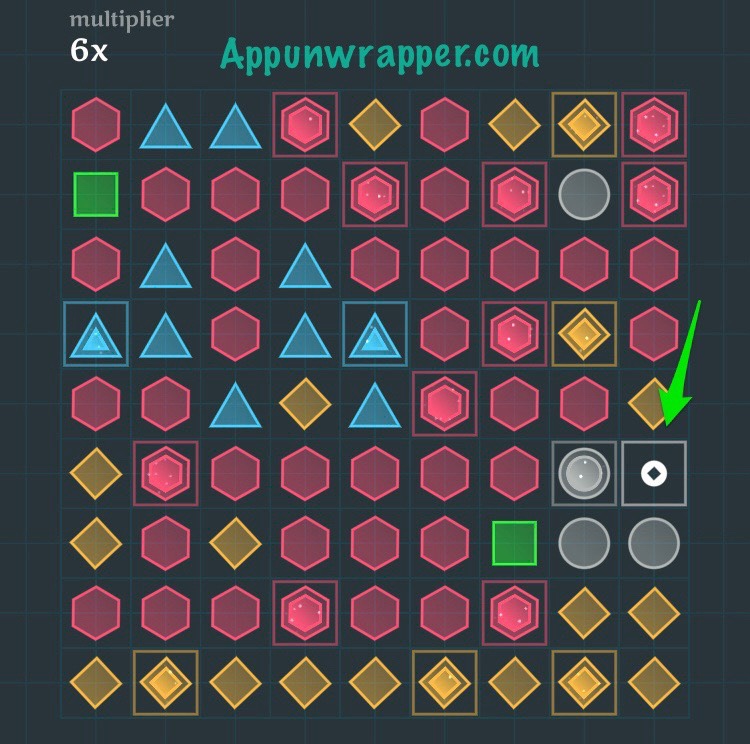 Now this is how you break the leaderboard. Matching four special tiles together creates 9 upgraded bombs (aside from giving you those four extra moves). 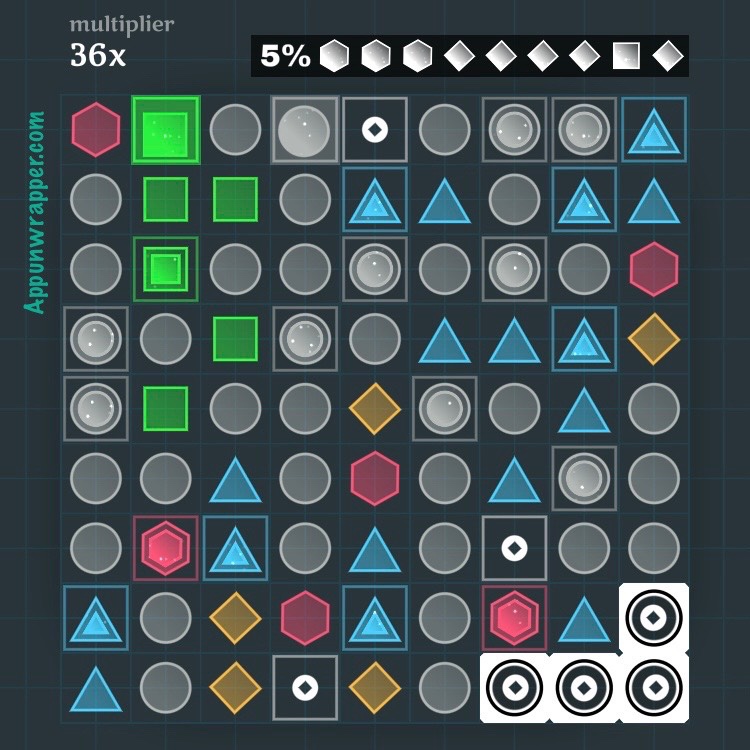 But here are some other things the game doesn’t tell you explicitly. You can match four regular gems of different colors — but they HAVE to be four different colors. This will create a regular bomb and can be useful when trying to get a bomb to drop in a certain area, or to close up space between bombs. In fact, if I’m having trouble finding a regular match, I’ll sometimes just quickly drag the Tetromino all over the board to see if any multicolored 5% spots appear, as they’re easier to locate that way. Is it cheating? I don’t think so.

But what’s even more exciting is that you can match four bombs together in any mix of colors. The more colors you get into it, the more of the board you’ll likely clear, thereby creating more bombs on that one move. This match below clears 90% of the board, so it gives me three new bombs! 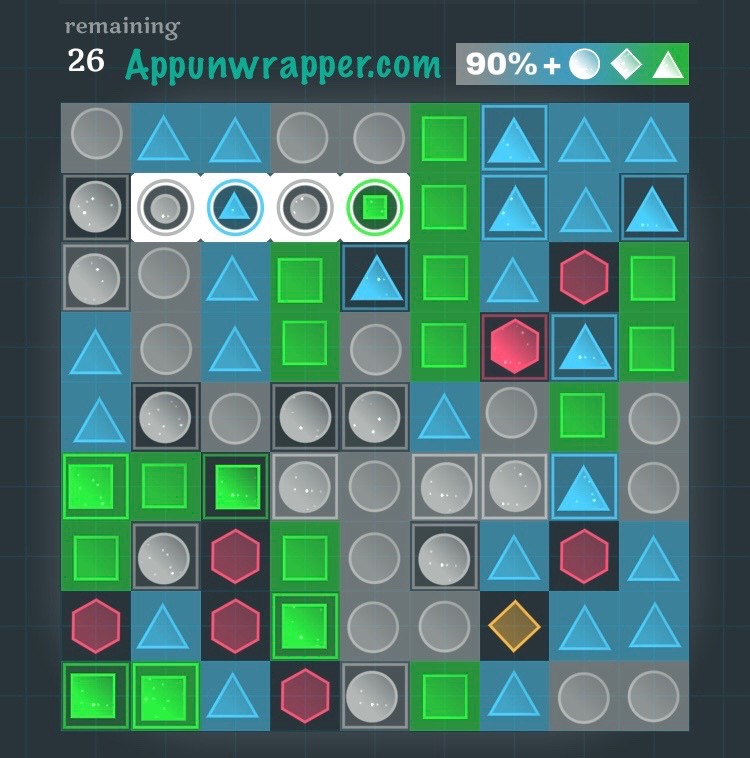 Now let’s go back to why you don’t want to match three bombs too often. Knowing that you can match different colors together, it’s not very beneficial to separate them in most instances. You also lose three bombs but will likely only get one back, so you just wasted two. The only time I really find a three-bomb match useful is if I have a bunch of special tiles scattered around the board and I want to line them up to match four. This only really works if you know a line Tetromino is coming up, though. Then you secure a special 4-tile match. Otherwise, you’re usually better letting the colors remain mixed. But use your own judgement based on your own circumstances! 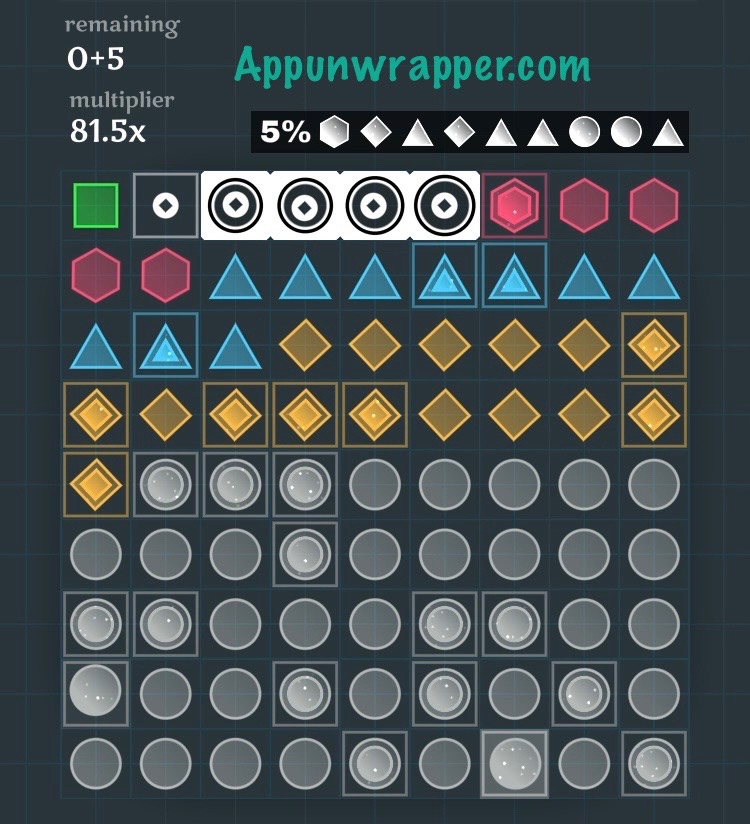 Basically, this is my current strategy, when possible:

I use up to 20 turns making regular matches to create bombs. I try to close up any spaces between them and get them grouped neatly together so I have plenty of ways to match the bombs. Once there’s a nice number of bombs on the board, I make as big a 4-bomb match as possible to upgrade the rest. Then I try to make upgraded 4-bomb matches that can clear a lot of the board and give me extra bombs.

I try to avoid matching regular bombs at that point, because they don’t give special tiles or a multiplier bonus. I also try to avoid making matches of one or two bombs unless they can give me a greater return (ie. more bombs than I used making the match).

If I can’t make an upgraded 4-bomb match, I just continue making regular matches to close up spaces between bombs until I can make one. Obviously, keep an eye on the move counter.

Try not to waste too many special tiles unless you’re desperate. Do whatever you can to save them and set them up for a four-match, because those will give you the highest scores. My 200,000,000 score had 3-4 of those.

And that’s it. Hopefully this will help you!