The First Tree
By: David Wehle

David Wehle’s The First Tree has been on my radar ever since it was first announced. The environments looked gorgeous and inviting, and who doesn’t want to play as a fox? I’m generally a fan of combat-free exploratory games, so it seemed right up my alley. Of course I was thrilled when I learned it was coming to mobile devices and I could finally be a fox from the comfort of my couch. Unfortunately, I didn’t enjoy it as much as I expected, and the story didn’t really resonate with me emotionally. There are some worthwhile aspects, but as a whole it’s hard to recommend.

The game begins with a man telling his wife about a dream he had about a fox. You control said fox, navigating the man’s dream, digging up old forgotten memories of his youth. All the dialogue is voice-acted, so you can just listen while running around. Though the story centers on this man and his relationship with his father, the fox you play as is searching for her lost cubs, and already at the start she finds one dead. So you can see this is not exactly going to be a light and cheerful game, despite the colorful and uplifting environments. 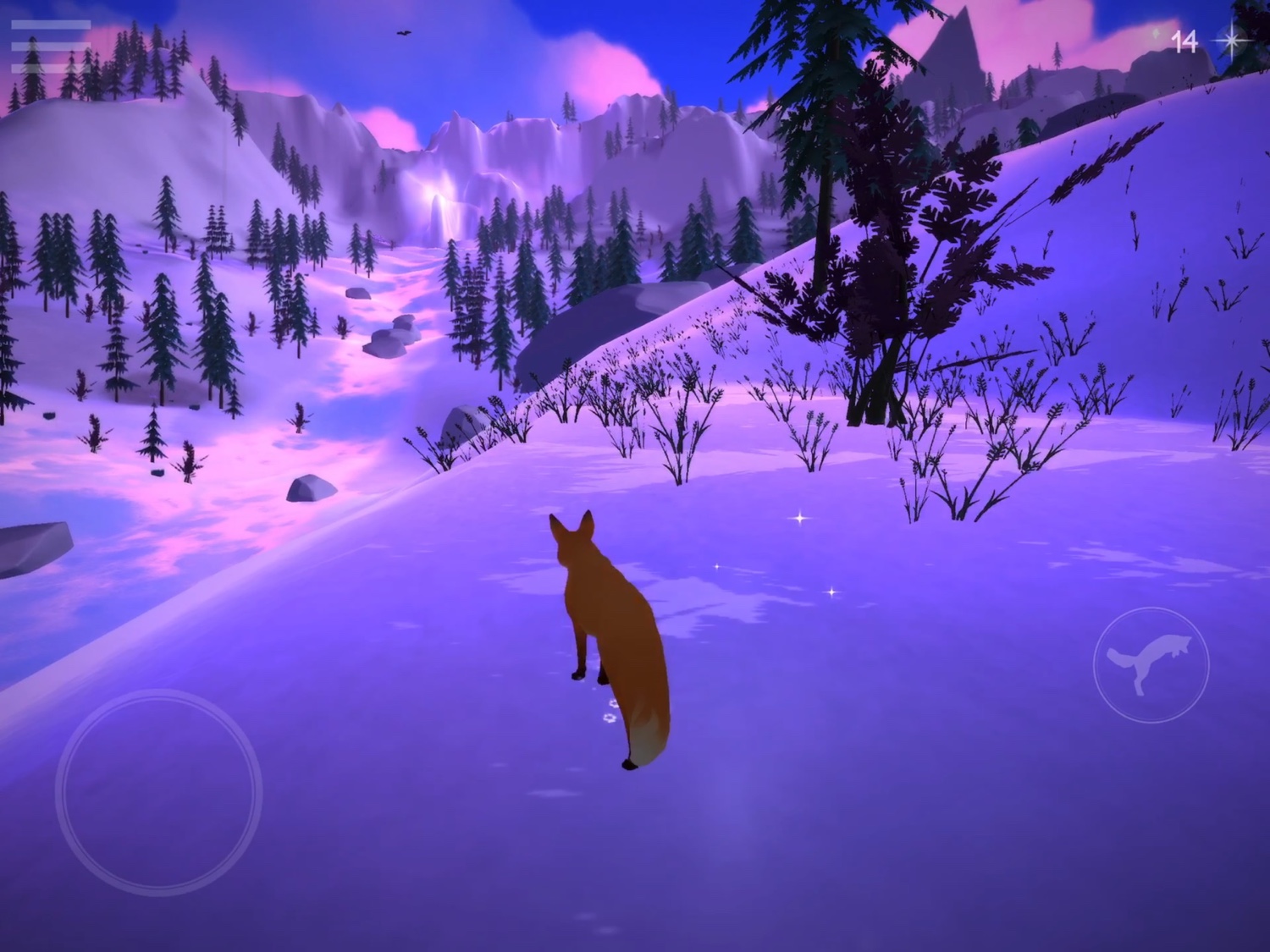 The touch controls are pretty simple, with the left side of the screen working as a floating joystick and the right side controlling the camera. There’s also a jump button that’s always visible, with an extra button that only appears when there’s something to interact with. Most of the time this is a mound of dirt that you dig up, which reveals some object from the man’s past and triggers another piece of narrative. There are a couple of other types of interactions in the game that act as light puzzle elements, but most of the the game is simply about exploring, noticing the pieces of the man’s memories littered about, and looking for those mounds of dirt, which are highlighted by a beam of light. You also collect stars, which help guide you to areas you might not have seen yet. But they otherwise feel disconnected from the whole experience, especially when they’re placed in ways that make them tricky to grab. 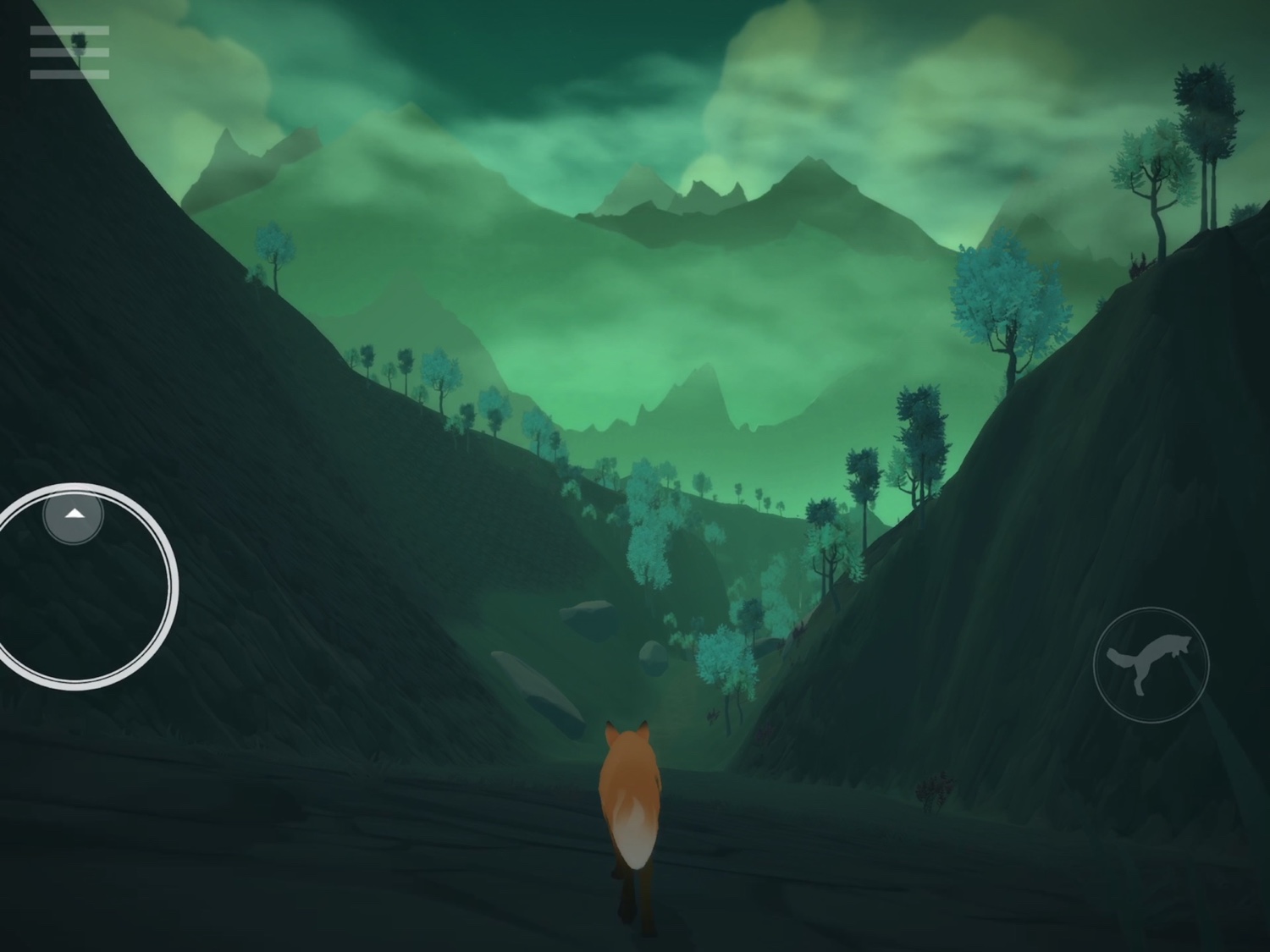 My main issue with the game is that everything seems at odds with each other. It bills itself as a relaxing exploration game, but there’s a serious lack of quality of life features. For one, it only saves at the start of each chapter. So you can’t really go at your own pace and just enjoy the scenery. Especially on mobile, taking a break mid-chapter is likely to cause you to lose your spot and have to start over. Sure, each chapter takes less than a half hour to complete if you stay on mission. But I still wouldn’t expect to be rushed in a game like this just to avoid losing progress. 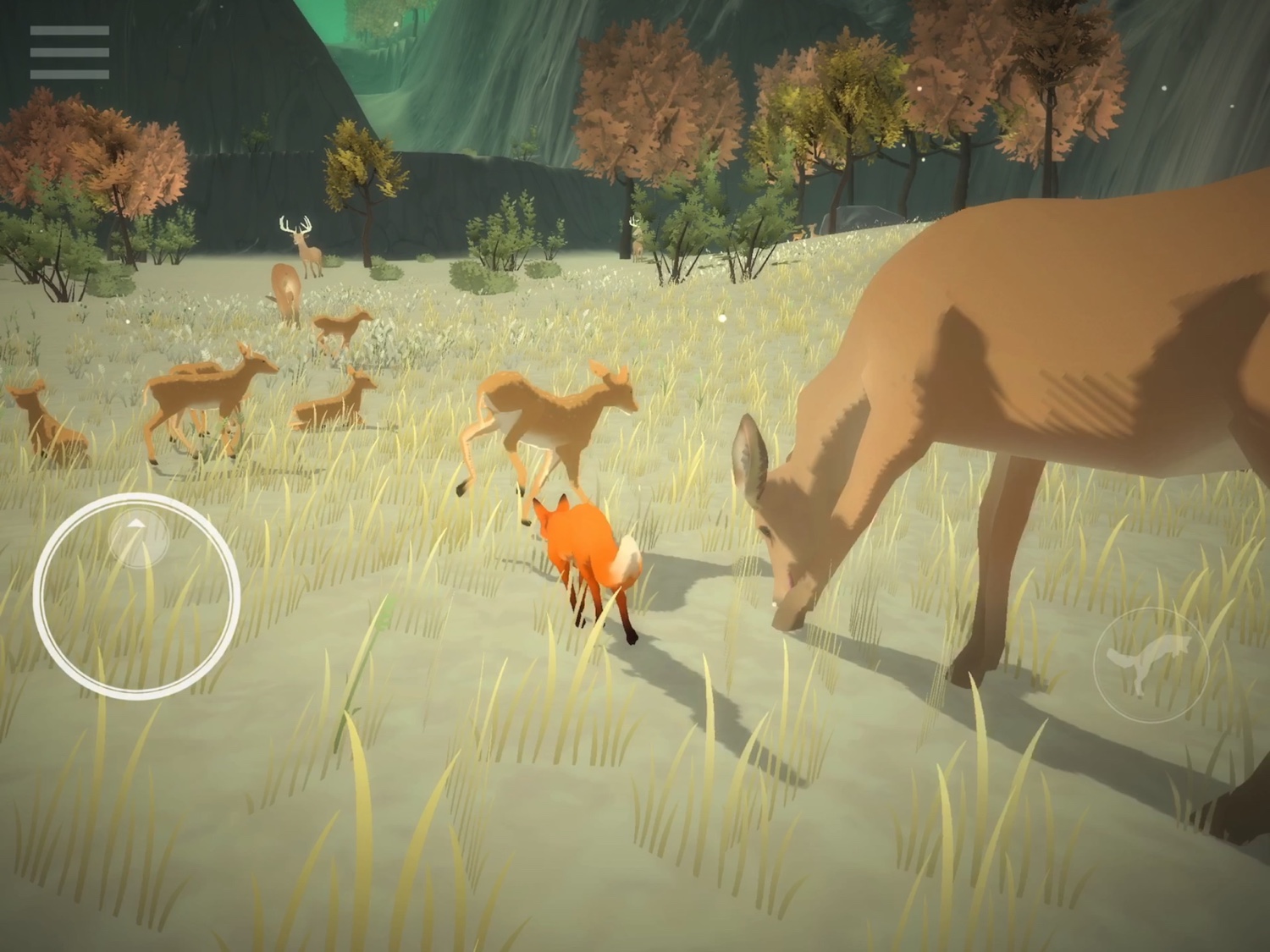 It’s also often hard to tell how to complete a chapter. In the first one, I accidentally transitioned to the next chapter while I was just exploring. I might have missed some things but there was no way to go back. Something as simple as a prompt asking you if you’re ready to move on would have made a world of a difference. In other chapters, the path to move on was more clearly defined, but still sometimes oddly placed, leading to a lot of running in circles to find it. Again, most of this frantic searching comes from the inability to save mid-chapter. Checkpoints at each memory dug up would have made much more sense. It would also help immensely to be able to revisit individual chapters, but right now all you can do is start a new game if you want to try to see if you missed anything. 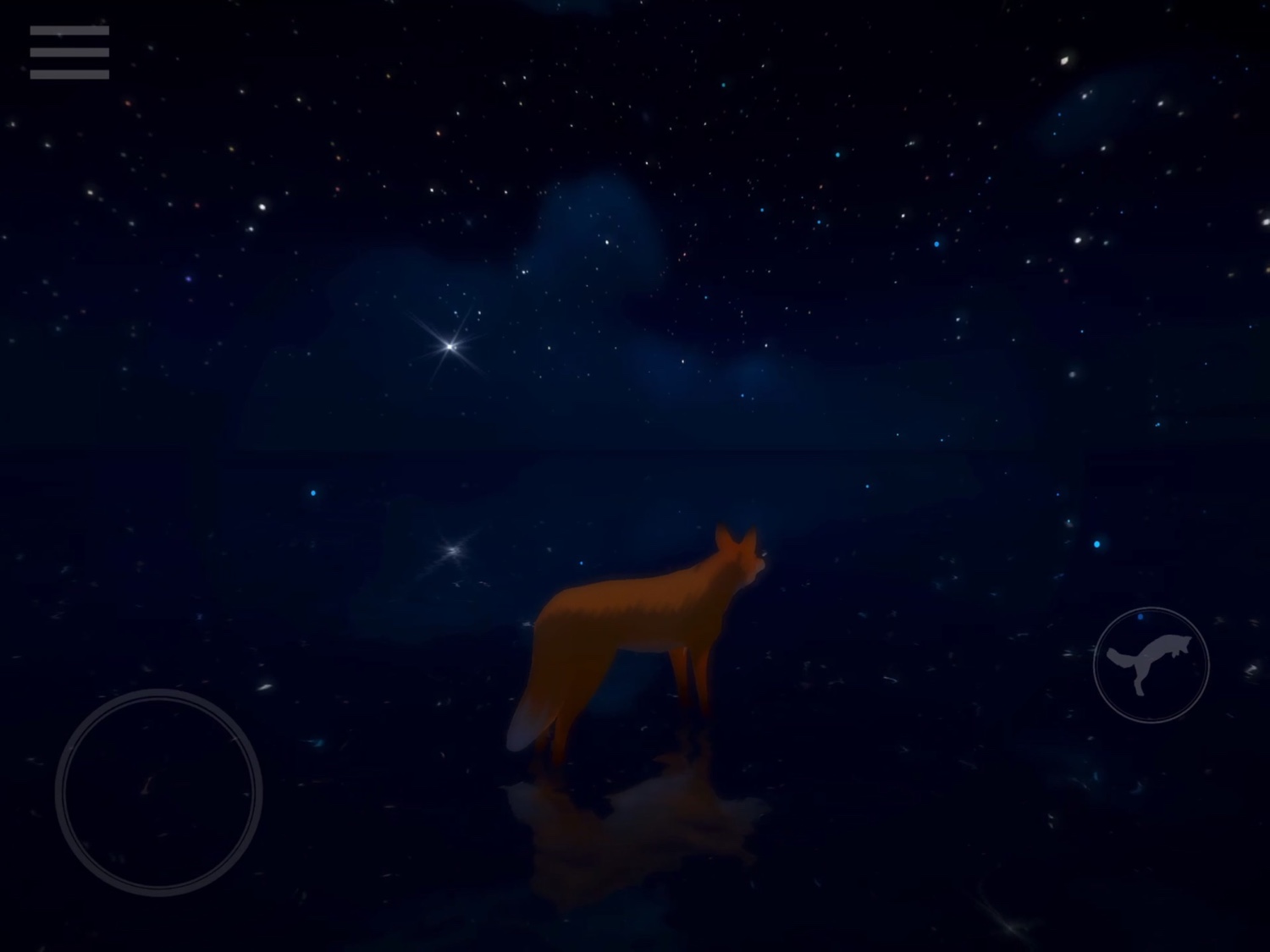 Like I said, the stars feel a bit out of place and pointless when they’re used as actual collectibles and not just guides. There was one instance where I had to run all around the level to collect three items before making a giant leap towards the exit. There were two stars hanging off the edge of the platform I landed on, and I left one there because I was afraid of falling off and having to do the whole thing over again. Once I missed that, I started realizing I didn’t need to care all that much about collecting the stars, especially since the achievements found on other platforms have been left out of the mobile version.

Aside from all this, exploration and control of the fox is a bit janky. It’s not clear why sometimes I can jump — or even double jump — from an angle, but other times I can’t jump at all. The jumping in general just feels unnatural. It would be fine if there wasn’t much expectation from them. But the stars require very precise positioning to pick them up when they’re mid-air, instead of giving the player a bit of wiggle room. So I would sometimes miss a star, then have to climb back up and try again to jump perfectly through it. What was especially jarring, though, was climbing up to a house near the end of the game and being hit by an invisible wall that wouldn’t let me go further. If I wasn’t meant to get up there, the game shouldn’t have let me. And if I was merely meant to see the house but not interact with it, some prop should have stopped me, not an invisible force field. Even now I’m still left wondering if there was some angle that I could have climbed from that would have led to different results. 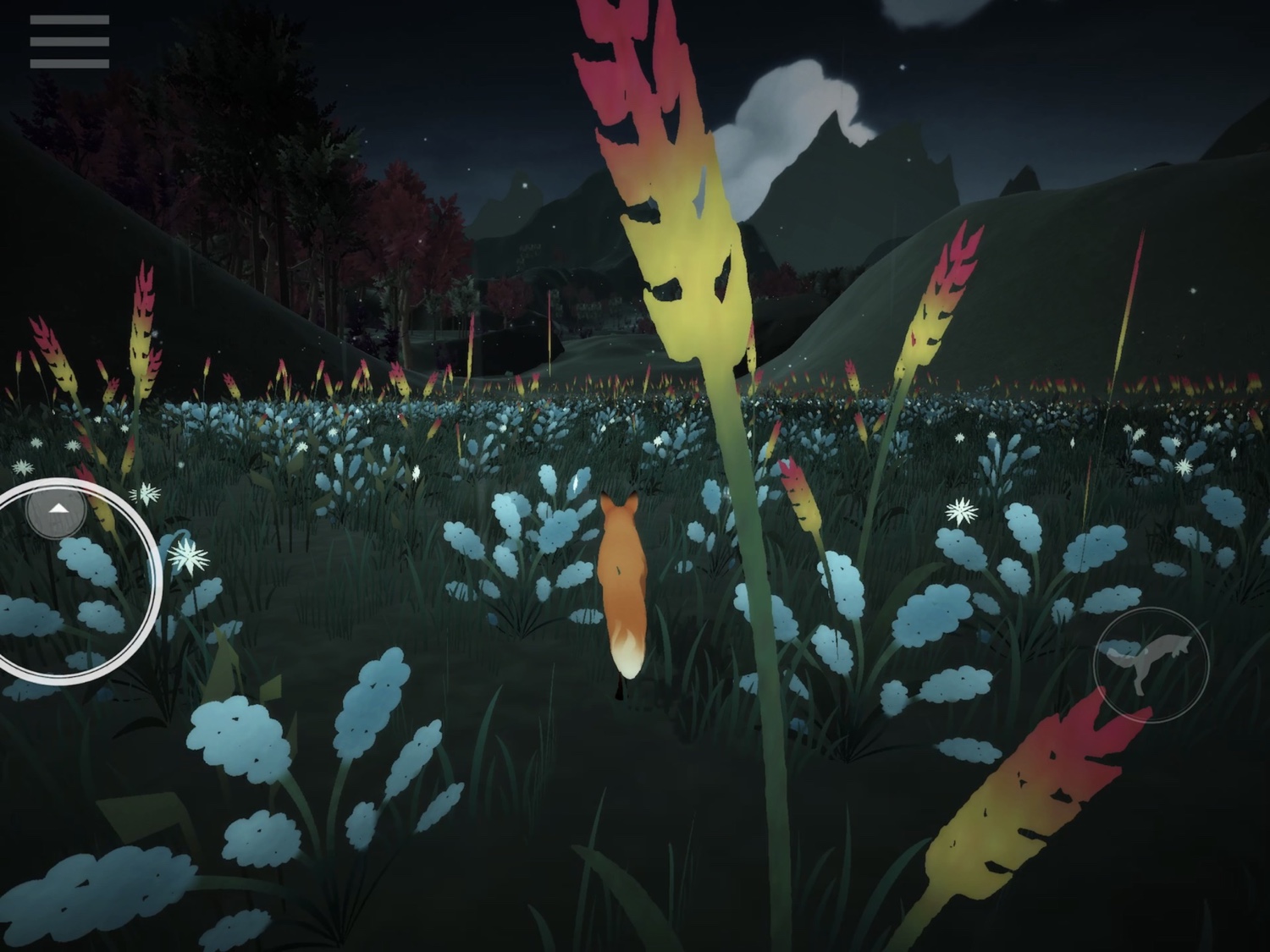 The Last Tree is not all bad, though. The story is a bit melodramatic but does have its moments. And the scenery really is nice to run around in. I appreciated how each chapter’s environment is very different from the last. The chapter where you run around under a star-lit sky stands out the most. I even enjoyed some of the music, though certain tracks were too repetitive and got on my nerves. I think if the game included more quality of life features, it would be a lot easier to recommend. But as is, it’s a hard sell, especially on iOS where it’s lacking achievements and a save system that would make it mobile-friendly. If these things don’t bother you, grab The Last Tree here and help the mother fox find her cubs.