Looking for our Escape the Hellevator complete walkthrough?

Escape the Hellevator! may sound like a cheesy name for a game, but don’t let it deter you from playing it. There is quite a bit of cheesiness in the game, but that’s a big part of its charm.

If you’re a fan of room escape games, then this should be very familiar territory. You play as Clarence Ridgeway, a dying man being rushed to the ER. He gets stopped by some mysterious man dressed as a priest, who forces Clarence to relive the sins of his past. 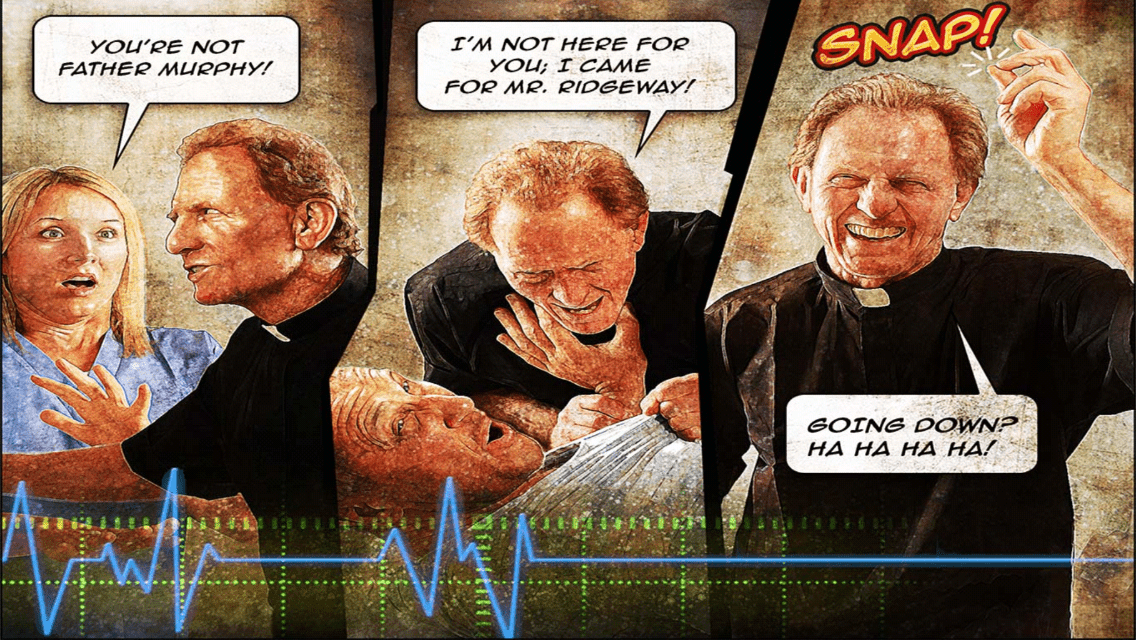 The game currently consists of five rooms, or chapters, including one that’s a tutorial. So you’re really getting five solid rooms to explore and escape. Each chapter is a small 3D room. You stand in the middle and swipe left and right to look around the room. You simply tap on different parts of the room to zoom in on them, and tap on objects to pick them up. Objects you find are kept in your inventory, where you can zoom in on them and interact with them. You can also combine two objects by opening one and dragging another to it. Those familiar with The Room series by Fireproof Games will feel right at home with it. 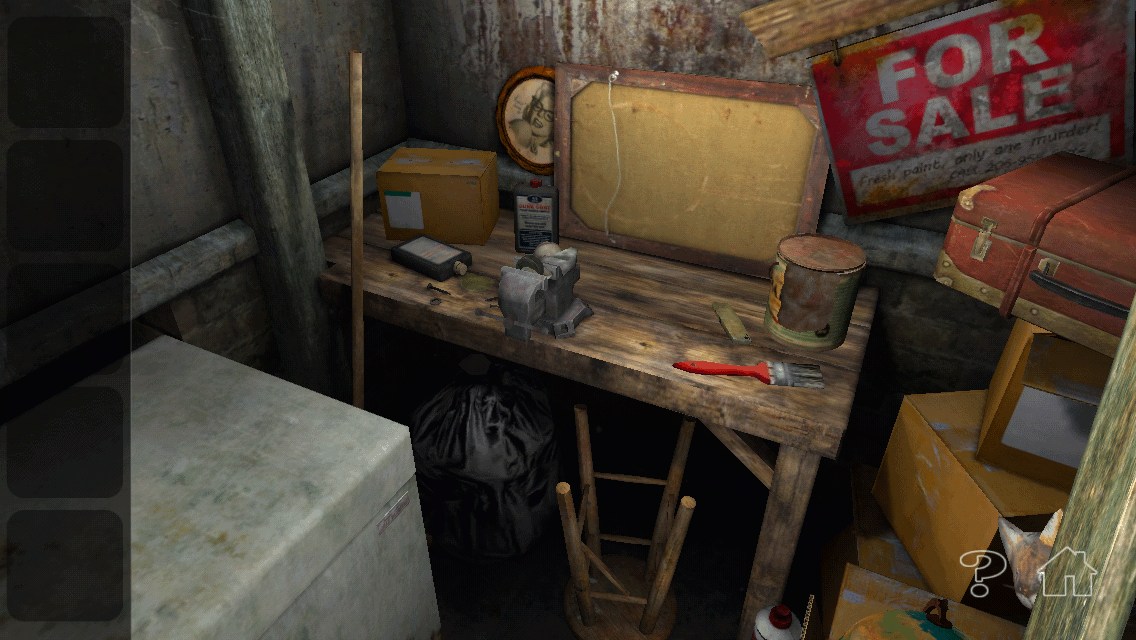 There are plenty of puzzles throughout the game, some easier and some a bit trickier. Most are cleverly done, and even the most seasoned room escape players should be entertained. There’s even one puzzle that had me stumped until I just started tapping quickly out of frustration — and that turned out to be the solution! 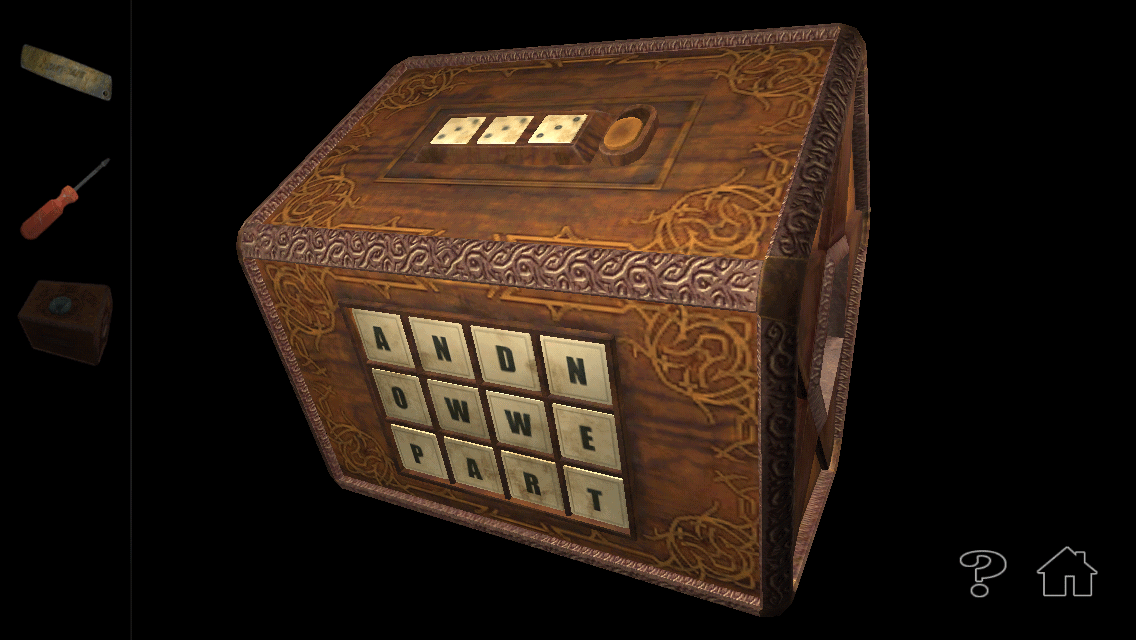 If you do get stuck at any point in the game, you can tap the little question mark in the corner. This will provide a clue that, thankfully, doesn’t give too much away. It just gently nudges you in the right direction, letting you know that you have what you need for the next step. Often hints in adventure games will give away too much or not enough, but I found that Hellevator struck a perfect medium. 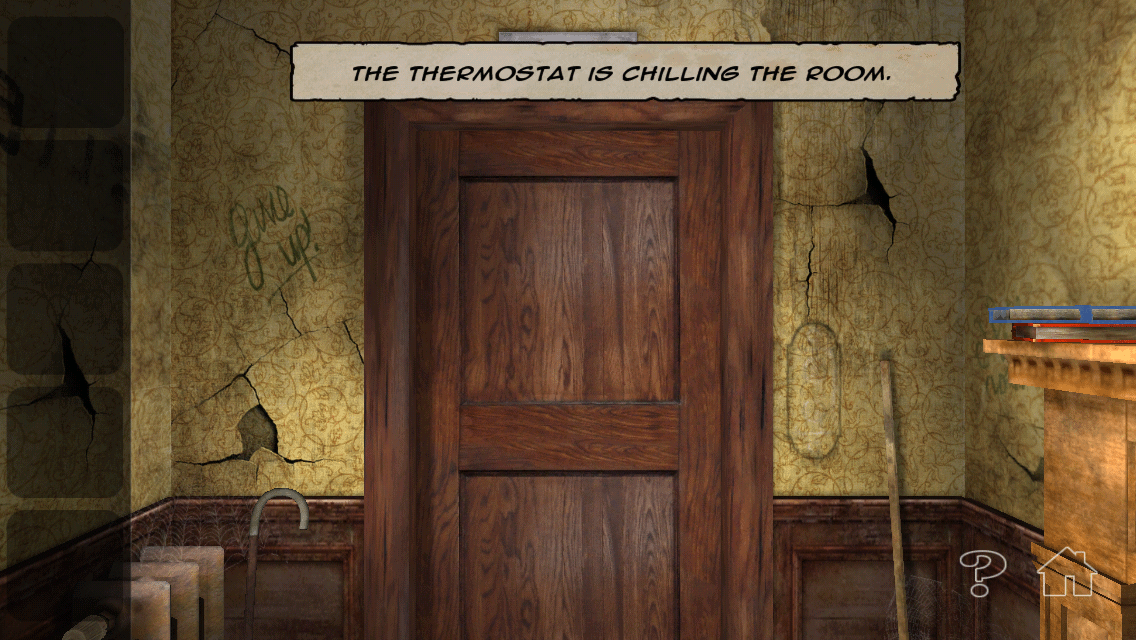 In between the 3D rooms, or chapters, you’re shown comic book-style cutscenes to push the story along. The characters’ expressions are exaggerated and feature absurd lines that remind me of those Chick Comics that are handed out on the street to scare people into thinking they’re going to Hell. I loved that tongue-in-cheek aspect about it, that it lets you know right away not to take anything too seriously. In addition, there are comic book-style speech bubbles when you tap something in-game and get a description. This helped add to the light-hearted tone of the whole game. 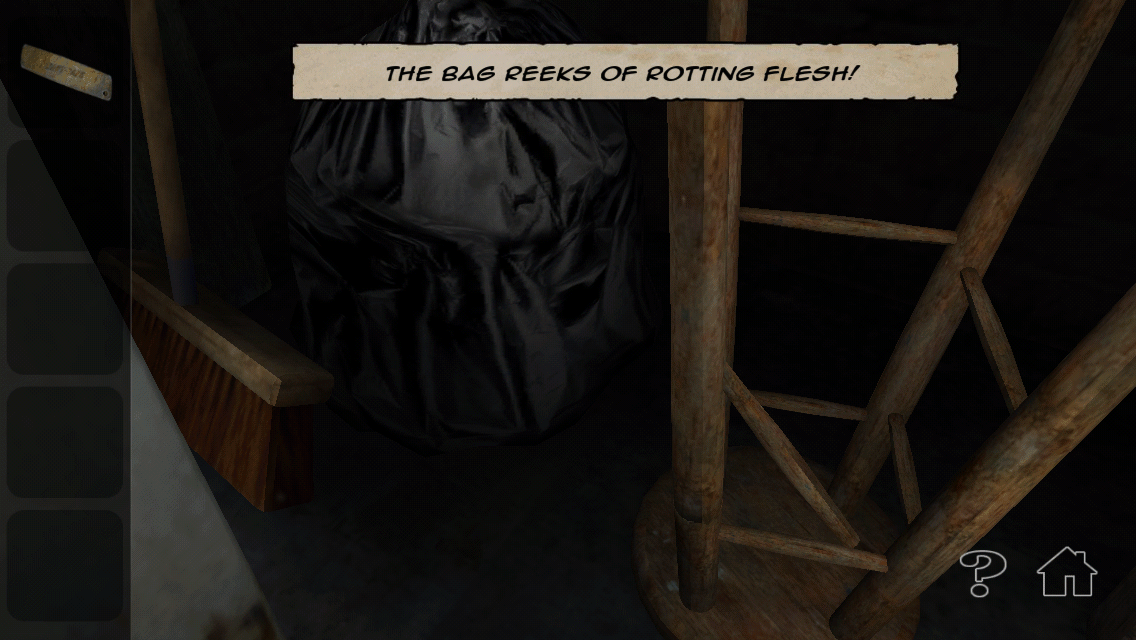 My one and only complaint about Hellevator is that rotating an object feels awkward. The controls are opposite of what I’d normally expect when trying to turn an object, so I spent more time than I should have trying to get the view I needed. An option to reverse the axis would have been very welcome. This isn’t enough of a reason to avoid the game, though. It’s just a small inconvenience in an otherwise very polished experience. 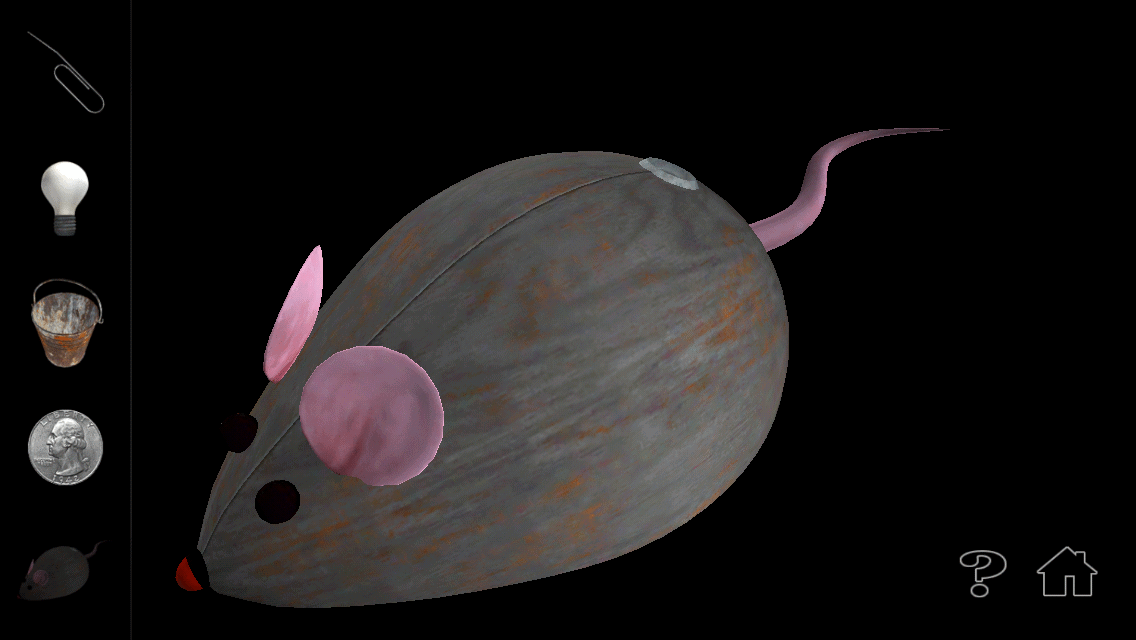 If you’re a room escape fan, I highly suggest playing Escape the Hellevator! It’s not a huge game, but it’s more than worth the $1.99 entrance fee. Room escape games of this quality are rare on the App Store, so you don’t want to miss out on it. It’s one of the more unique and polished room escape games I’ve played, and I can’t wait to see what Fezziwig has planned next. The developer also promises free content updates, and there’s a placeholder in the game for Part 2. I can’t find any reason not to play Escape the Hellevator! Download the game and explore the sins of Clarence’s past. [DKB url=”https://www.appunwrapper.com/Hellevator” text=”Download” title=”” type=”” style=”” color=”green” width=”” opennewwindow=”” nofollow=””] 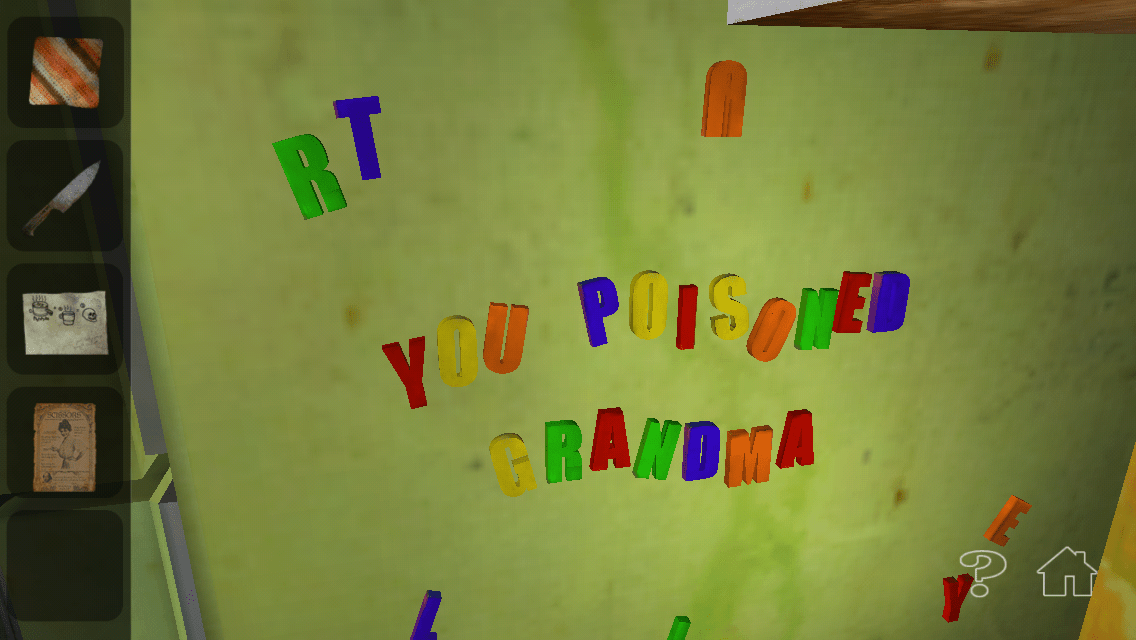 If you’re already playing Escape the Hellevator! and need help, try my walkthrough.