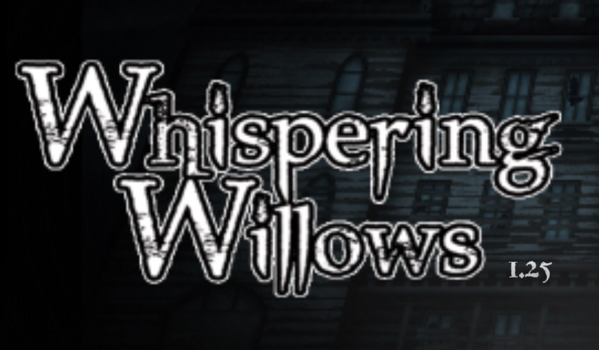 They say first impressions are everything. In the case of Whispering Willows on iOS, this is mostly true. My first reaction to it was “what is this madness?!” when I booted up the game on my iPad Air 2 and it was upside-down. This was both puzzling and annoying, as I’ve always held my iPad with the home button to the left and now I couldn’t. So, off to a bad start. But no big deal, right? I flipped my iPad around and started the game.

And…this is what I saw. 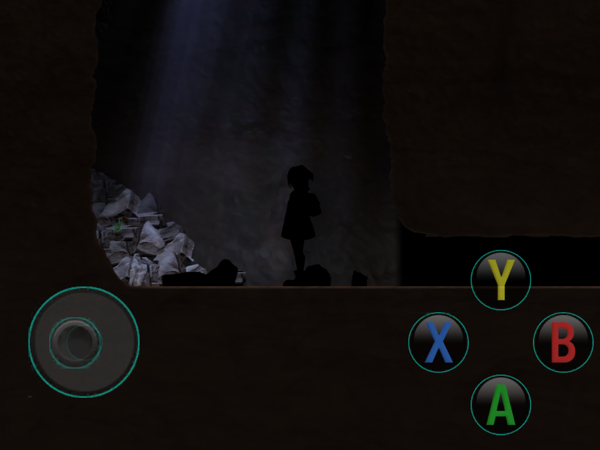 Surely this can’t be the only control scheme? Well, it turns out it is…unless you have a controller to play with. I know the game was originally available on consoles, but my iPad is not a console. I don’t have a controller, and my first few minutes with the game had me looking like this: 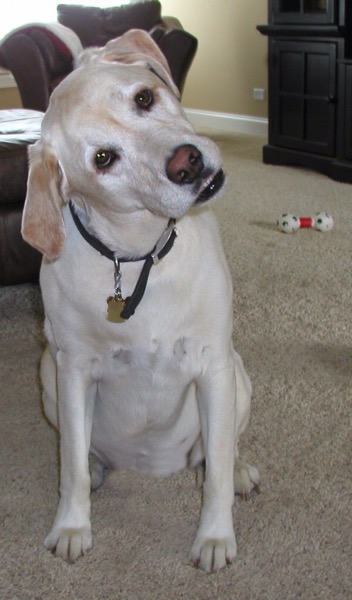 To clarify, this is how the controls work. You touch the screen to make the joystick and buttons appear. They disappear after a few seconds going unused. The joystick moves your character, Elena. You tap the A button to interact with your surroundings, Y to open your inventory, B to open the menu and/or read the notes you’ve collected, and X to separate Elena’s soul from her body (I’ll get into that later).

Are you cocking your head yet like that dog? There are so many ways this could have been designed more appropriately for touch screens. Simply moving the menu and inventory buttons to corners or edges of the screen and giving them descriptive icons would have made a world of a difference and kept them from covering the on-screen action. Even changing the appearance of the buttons to reflect that this is not an X-box would have shown some effort was involved to port the game to iOS. As it stands, the game gives the impression that the developers didn’t consider the platform on which they were releasing the game. 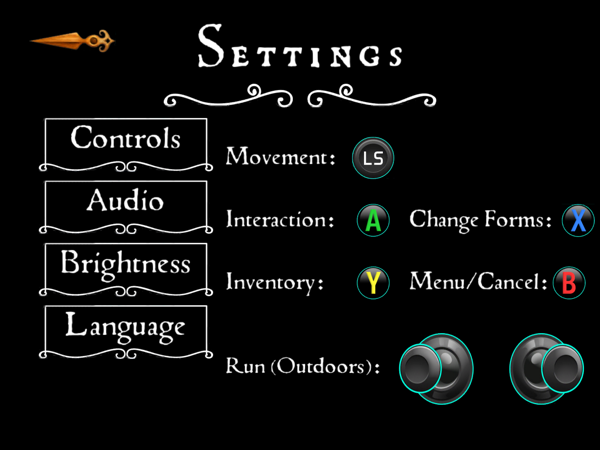 Oddly enough, the A/B/X/Y buttons aren’t the worst part here — it’s the static joystick. While most iOS games these days utilize a floating joystick that appears wherever your thumb lands, Whispering Willows has a joystick that’s stuck in place and can’t be adjusted. It also was often unresponsive or required my thumb to start exactly in the center for it to work. Since I couldn’t comfortably reach the entire joystick area while holding my iPad in my hands, I had no choice but to put it in my lap and awkwardly point at the joystick.

I did try the game for a bit on my iPhone 5 as well. It felt more natural, but I had the opposite problem with the joystick. It was too close to the edge of the phone, so it was an uncomfortable position for my thumb when moving left. It was also finicky and unresponsive sometimes. The joystick either needs to be floating or adjustable, because right now it’s awkward for me on both iPad and iPhone. The buttons to the right have better placement than on the iPad and do feel a lot better. But I missed the details of the larger iPad screen when playing on my iPhone. Also, there’s no iCloud capabilities to play the same game on two devices. 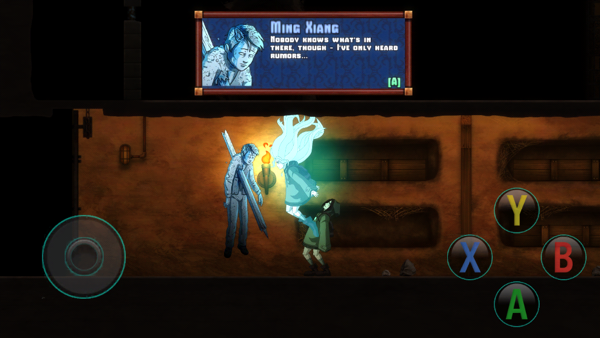 The best touchscreen controls allow you to focus on the game and not worry where your fingers land on the screen. The worst ones constantly pull your gaze away from to game to make sure you’re touching just the right pixels to get the game to respond. And that’s been my main experience with Whispering Willows on my iPad — staring at the on-screen controls instead of focusing on the puzzles and the gorgeous hand-drawn environments. The game does have controller support, though. So if you have one, you might have a more enjoyable time with the game. There are also some points where text is cut off the sides of the screen, but this is a minor issue compared to other problems. 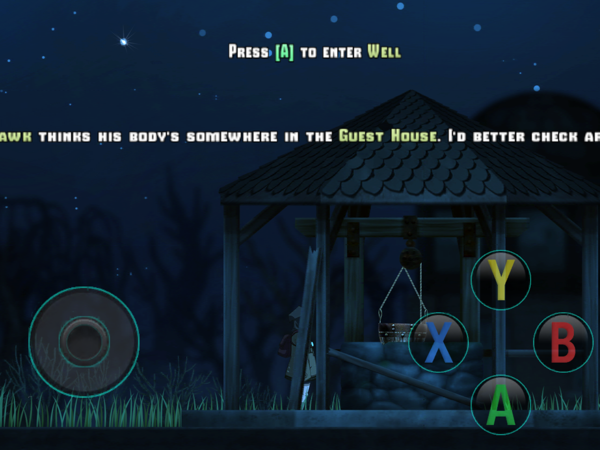 I almost abandoned the game after a few minutes of fighting the controls. But I decided to stick with it instead and see whether the game can still be enjoyable. I liked the idea of the core puzzle mechanic, which is that you can separate your soul from your body to reach places your physical body can’t access. The way this works is when you see a small glowing crack in a wall, you press the X button. This separates Elena’s spirit from her body. The body gets left behind and you control the spirit. When the spirit gets close to a crack, it turns into a small flame that can fit through. You can then find switches and other mechanisms that open doors and passageways for Elena’s body. Once the path is open, you press the X again to return the soul to the body. This offers some unique and interesting puzzles along with some beautiful visual effects. 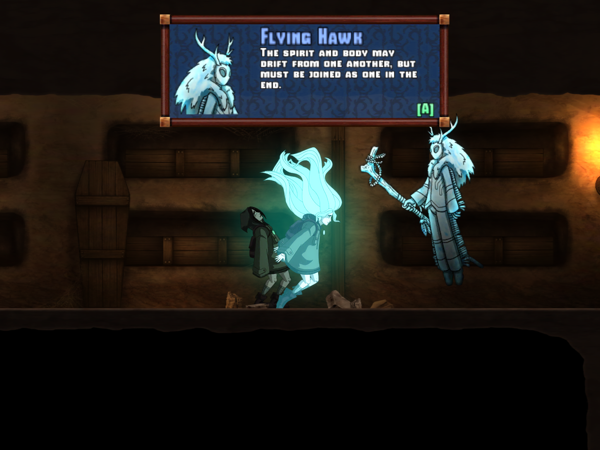 The gorgeous artwork also convinced me to give the game a chance. I love the atmosphere, especially the eerie music and the way Elena’s spirit’s hair waves as though wind is blowing through it. When Elena passes by an invisible ghost, her amulet will glow and haunted voices can be heard, hinting that you should release her spirit so she can talk to the ghost. It all captures the mood very nicely. There are some weird aspects even to the artwork, though. For instance, Elena seems to stare upward all the time, instead of straight ahead. She also walks very woodenly into walls. This is really odd, considering she looks convincingly frightened when her amulet grows red to signify nearby danger. Overall, the art and sound are the biggest selling points of the game. 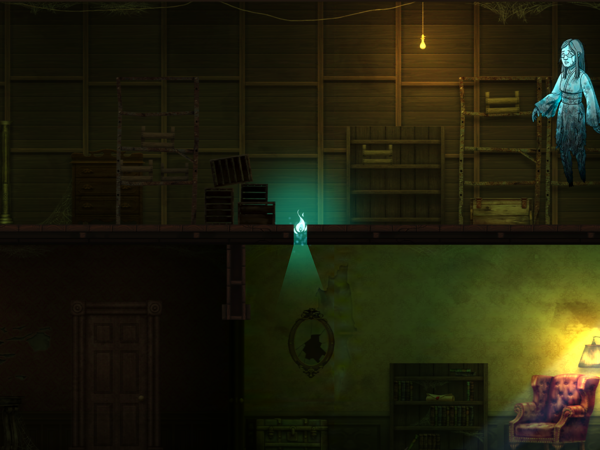 There are also notes to pick up throughout, which give backstory for the different ghosts, as well as Elena’s own reflections on what she’s experiencing. The notes are interesting and made me want to collect them all to learn more. The story being told seems layered and meaningful from what I’ve read of it. 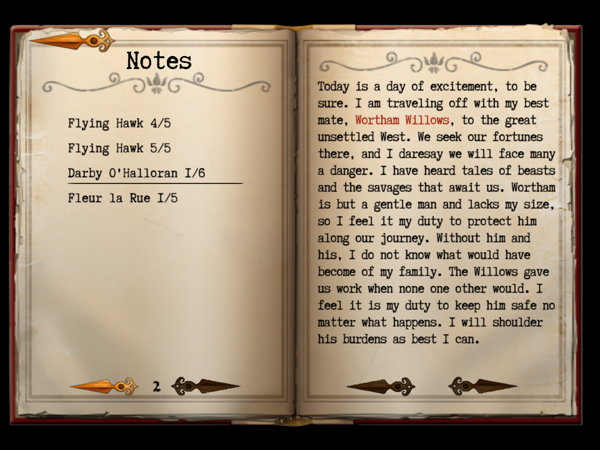 While I never truly got used to or ignored the controls, I did manage to work with them enough to get through the first chapter and part of the second chapter. The game has a lot of promise and I really wanted to try and see it through to the end. Unfortunately, a nasty bug set me back about an hour of gameplay and I just didn’t have it in me to do it all over, especially if I don’t know that it won’t simply happen again.

What happened is that I was inside the Wortham Willows mansion. I spent a good chunk of time in there and solved a lot of puzzles. I couldn’t find anything more to do in there, so I left the mansion to explore. When I went back to the mansion’s door, the game acted like I’d never been in there before and things I needed to do before entering the mansion were not recognized anymore as being completed. This set me back about an hour or so and I just couldn’t see battling the controls to do it all again. So, sadly, I never got to complete the game. 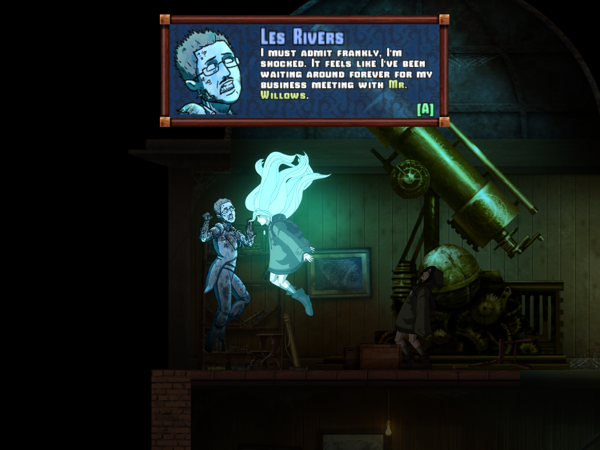 I really hope the developers take the time to make the controls more touchscreen-friendly and iron out all these nasty bugs, because there’s a really promising game under all the broken bits. But based on my experience, I can’t recommend Whispering Willows on iOS in its current state unless you have a lot of patience. The developer did say they are considering allowing the screen to be rotated, as well as possibly adding different touch controls. So you might want to wait and see what future updates bring. But if you still feel like giving it a try right now — maybe with a controller — you can download the game here.

You can also watch this gameplay video I made: