This is a complete step-by-step walkthrough with help, hints, tips, tricks, answers and solutions for the iOS, Android and PC game, The Franz Kafka Videogame, by Daedalic Entertainment. Feel free to ask for extra help in the comments section.

You can watch my video for Act 1 or continue to the step-by-step guide below:

1. Follow the tutorial. Open the door, then hypnotize the woman to see inside her dreams.

2. Open the curtain. Tap on the girl to find out she lost her rabbit. Open the box and get rid of what’s inside it.

3. You need to form the shape of a rabbit using everything on the stage. Start with K. Tap him to move him a bit to the right. Tap the giant 8 ball until it’s to the left of the little girl. Tap the arrow sign so it points downward. And last, tap the sun, then the cloud, then the sun again so they reveal the rabbit’s ears and shape its backside. Tap the girl’s lantern to shut off the lights and light up the rabbit’s silhouette. That completes the puzzle! 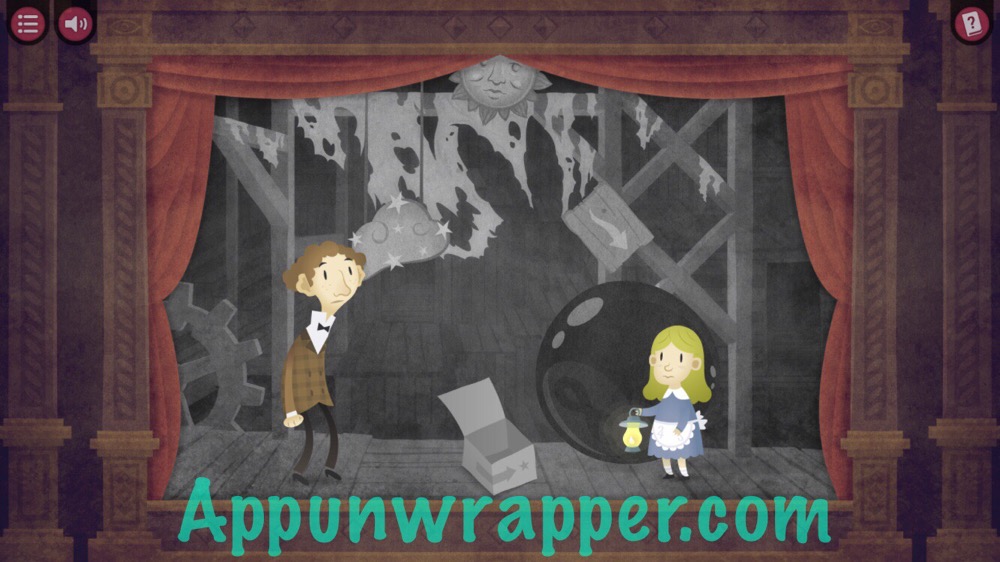 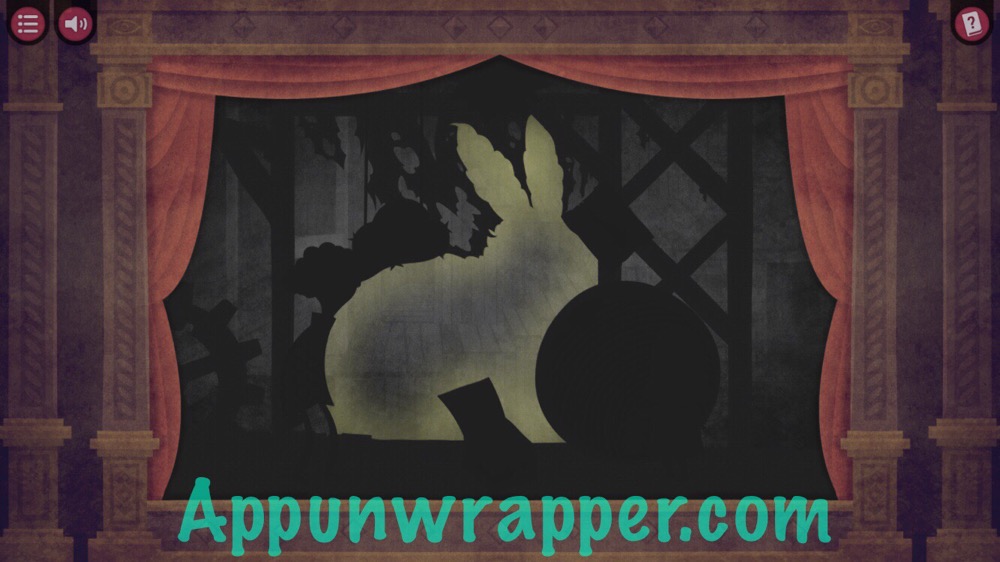 4. Next, the dog brings you a letter. Pull it out of the envelope and drag each of the three pieces of paper up and down until you have a line going from the arrow to the X. 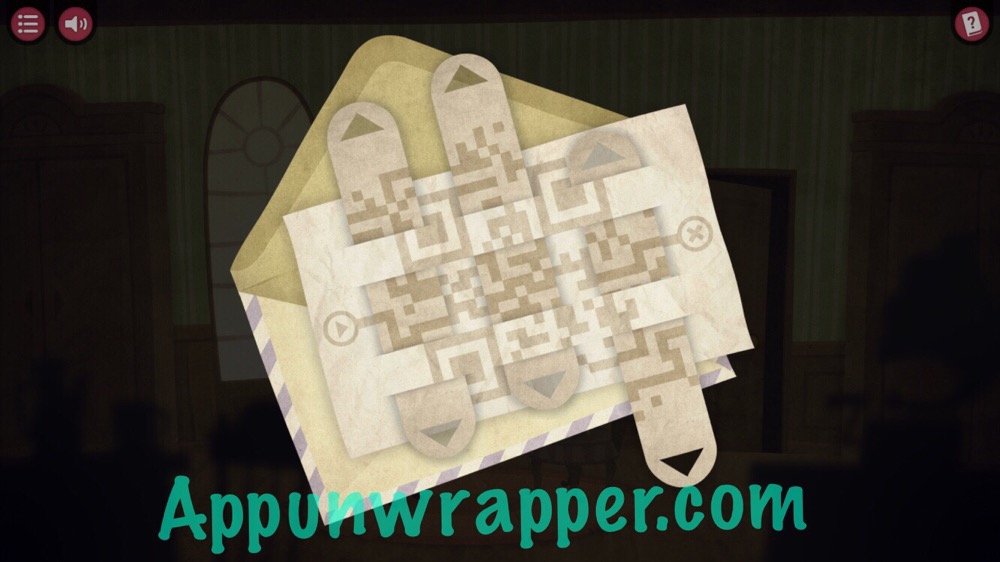 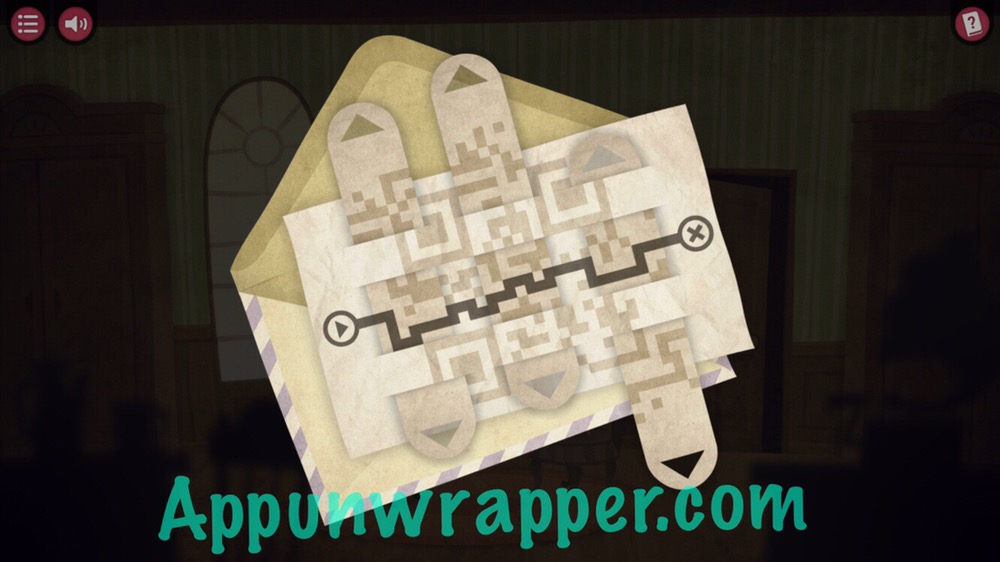 If you are seeing this anywhere besides Appunwrapper.com, it is stolen content.

5. For the board game, first roll the die. Keep doing so until K gets far enough for the horse and carriage to block his way.

6. Look at the scrabble letters that say RUSH. Tap the little square that appears to be part of the buildings above the letters. It’s actually a B tile. It will drop and spell out BRUSH. Use the brush to draw a path for K and his dog. Then continue rolling until he stops again. 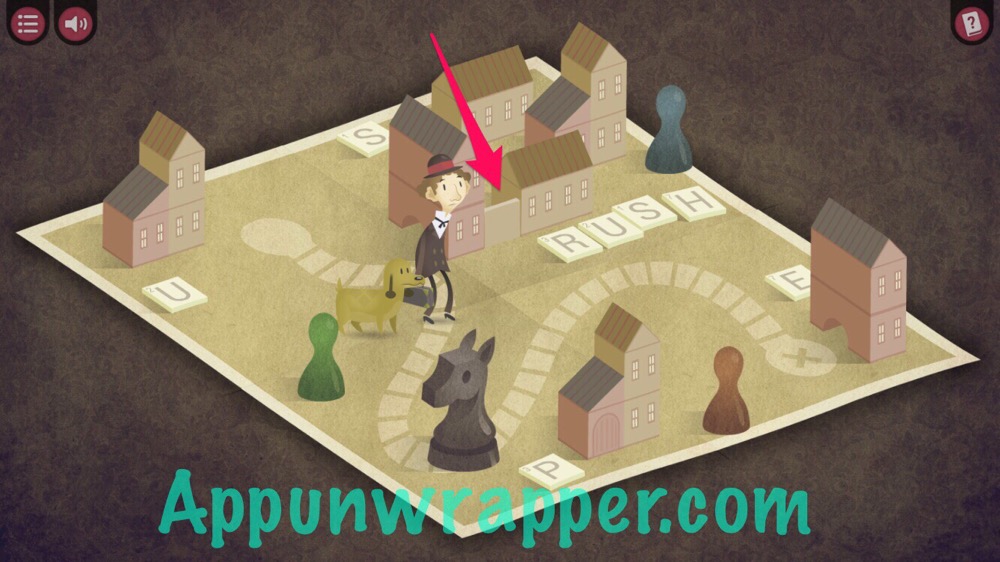 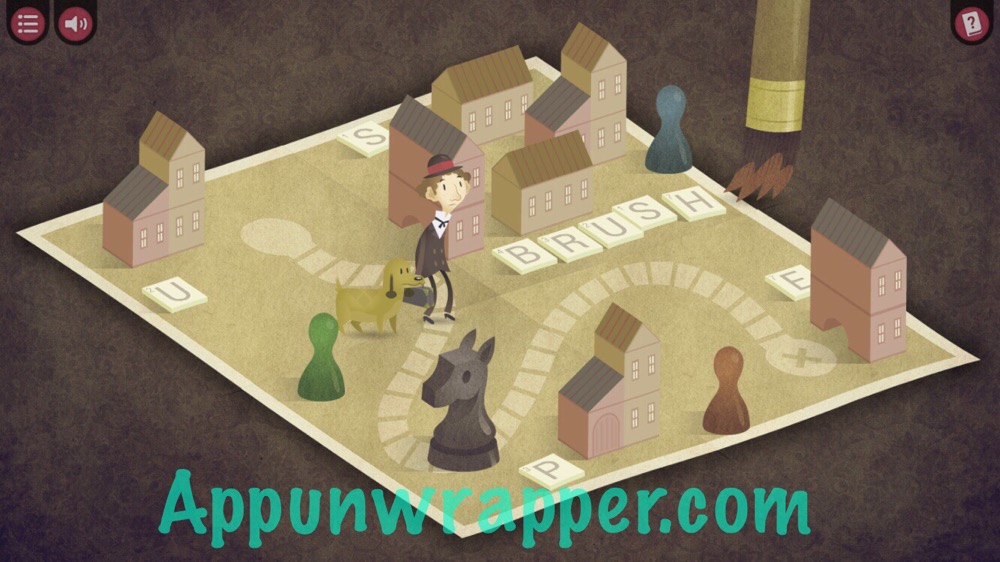 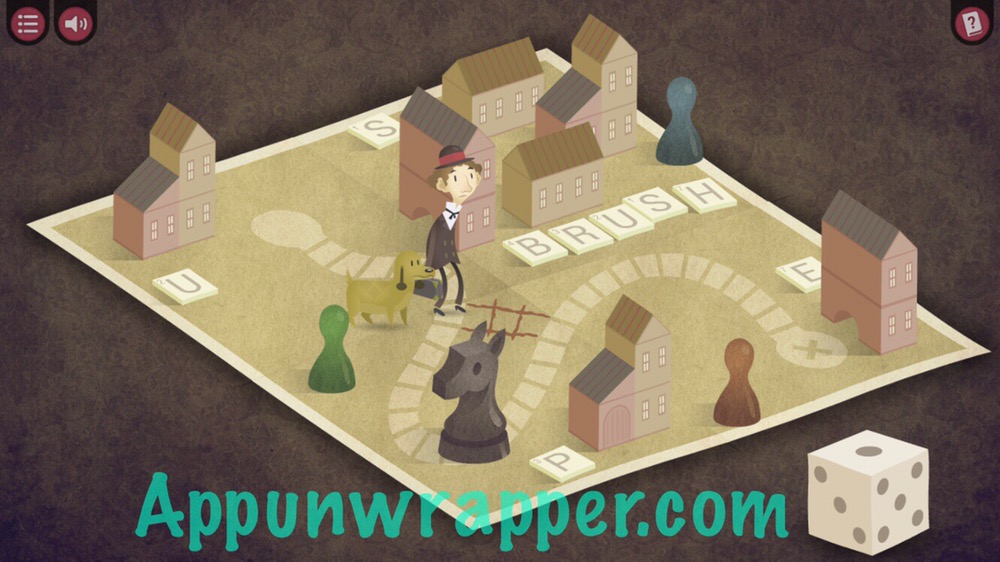 7. Roll the purple die and he’ll take a coffee break. To get him moving again, you need to ruin his coffee. So tap the little garage down at the bottom of the board until a car drives out. Before it goes back in, roll the die so it hits the car and drops into his coffee. Now you can roll again until he reaches his goal. 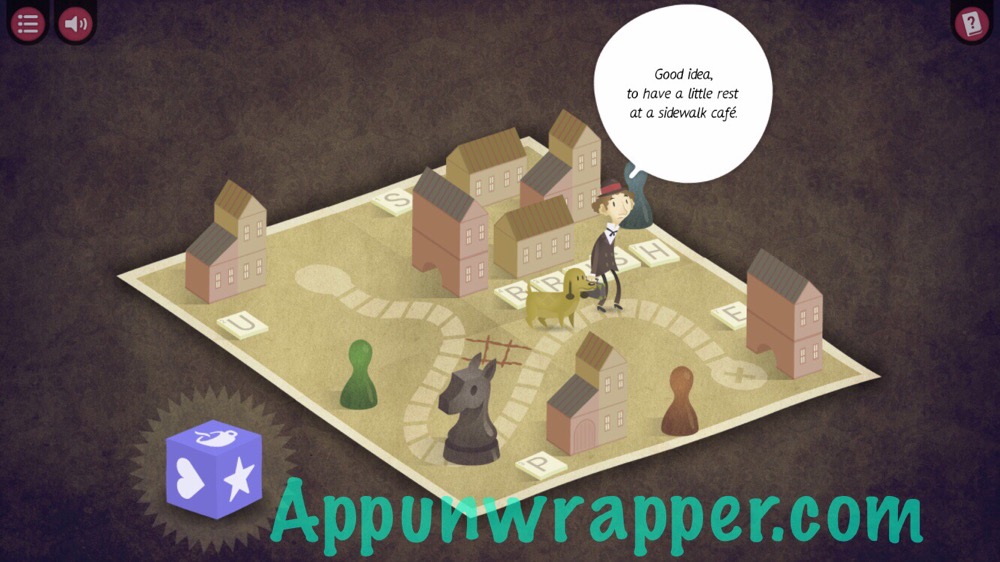 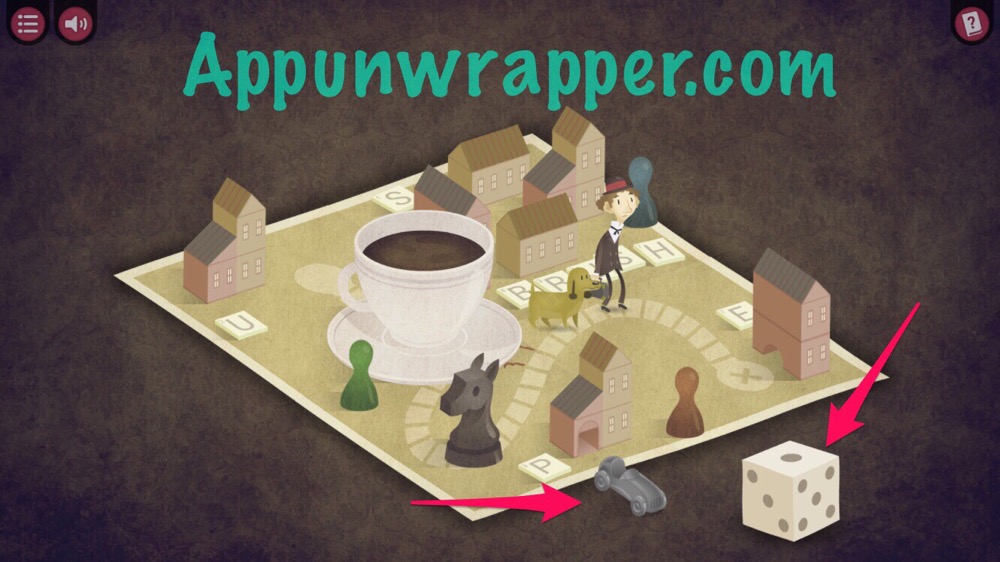 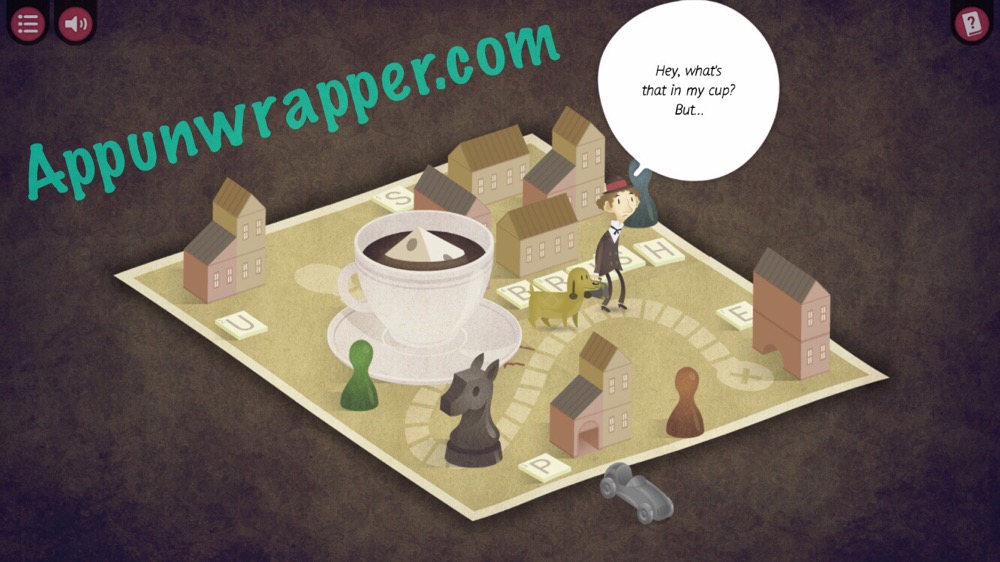 8. Tap on the pigeons and then tap through all the dialogue to get to the next puzzle. 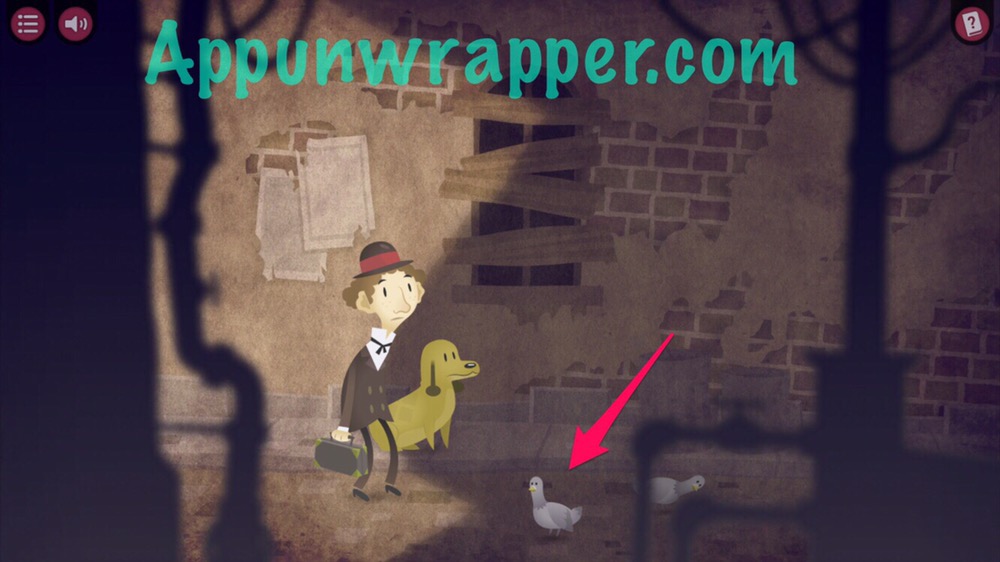 9. There’s a one-eyed tentacled monster here! First, pull the lever on the gun to the left. It’s out of ammo. But now, some symbols light up on the chest to the right. We need to figure out the correct sequence for the shapes. Look at them and notice that some kind of look like letters. So spell out AMMO and then pull the lever again to shoot the monster. 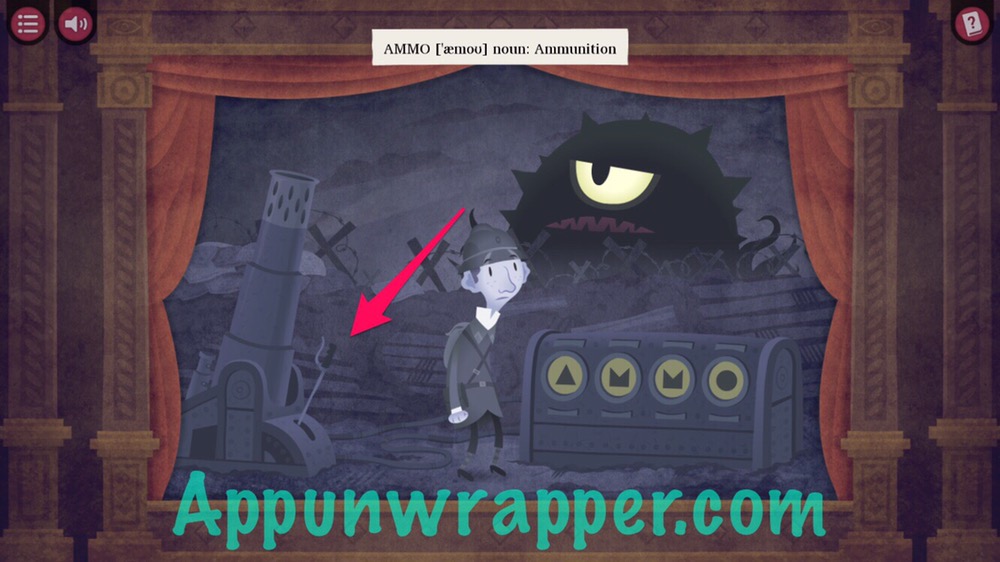 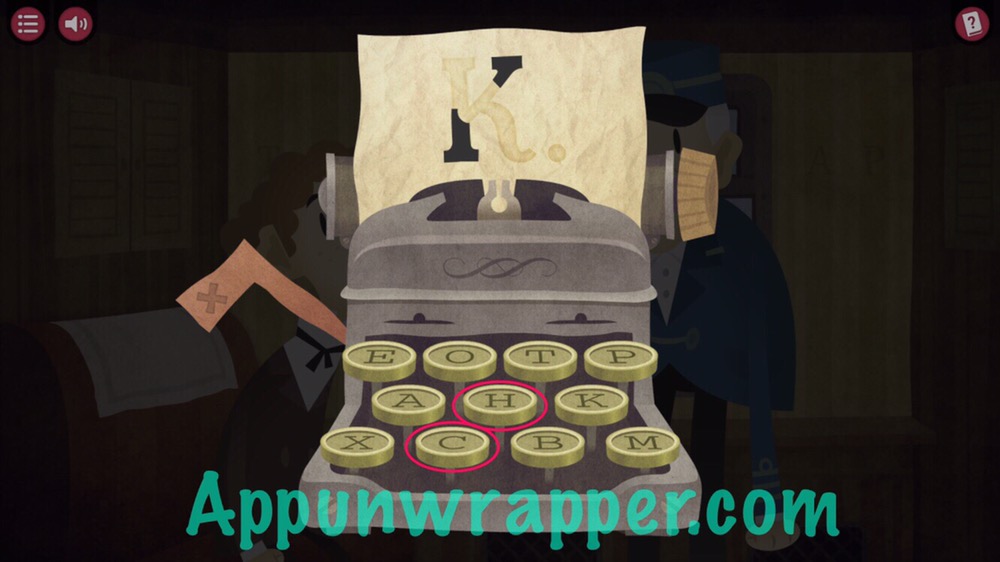 Then, tap the knob on the right side of the typewriter to pull the paper up a bit. Now, press these letters: E, A, T. Now you should have a perfect K and can read the letter and finish the first act. 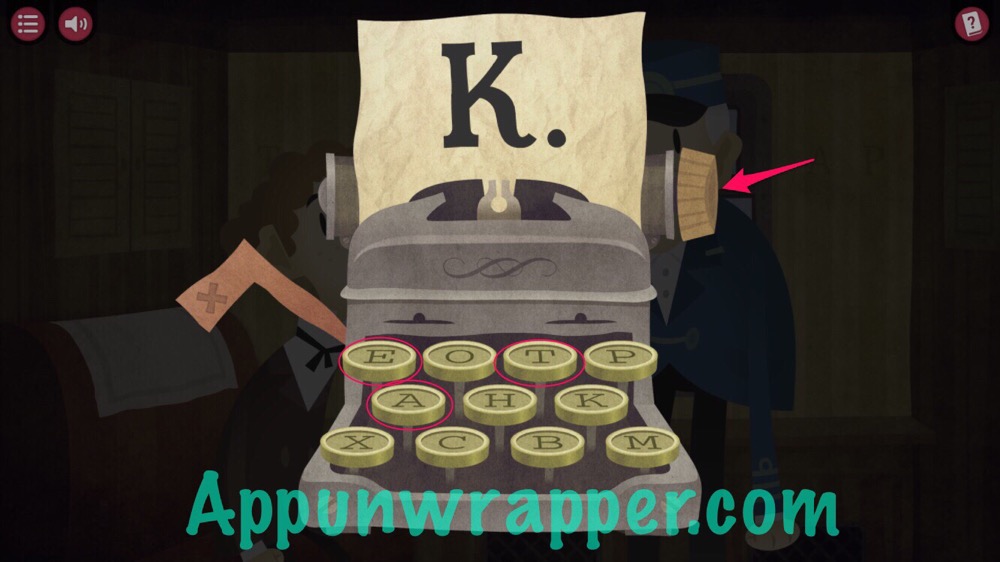