Karma. Incarnation 1.
By: Other Kind Games

I was immediately captivated by the visuals and charm of Other Kind Games’ Karma. Incarnation 1., as well as the fact that it seemed inspired by Amanita Designs’ games, such as Samorost 3. Like its inspiration, the game has no words. Instead, everything is told visually through thought and speech bubbles. This is both a blessing and a curse.

You play as a little soul whose beloved has been taken by evil spirits. In order to save her, he’s tried to reincarnate himself as a dragon so he’s strong enough to defeat them. But something goes wrong and instead he ends up in the body of a plump worm named Pip. It might not be as exciting as a dragon, but Pip has some pretty useful skills of his own. For one, he has a long tongue that he can use as a whip to grab things. He can also eat things and carry them around in his belly for later use. And he has a pretty big appetite. But that can also be his downfall.

While the game does show you early on what happens to you if you kill and consume another creature, it wasn’t clear to me until near the very end of the game what the title Karma is referring to. But the gist of it is that the soul escapes through the top of his head, forming a spike as it does so. If he grows too many spikes, he won’t be able to ascend to heaven when the time comes. There are ways to get rid of his spikes, though — namely, by doing good deeds such as replanting a plant creature he killed. But from my experience, the karma doesn’t come into play for most of this game, which is the first episode. Perhaps it will play a bigger part in future episodes. 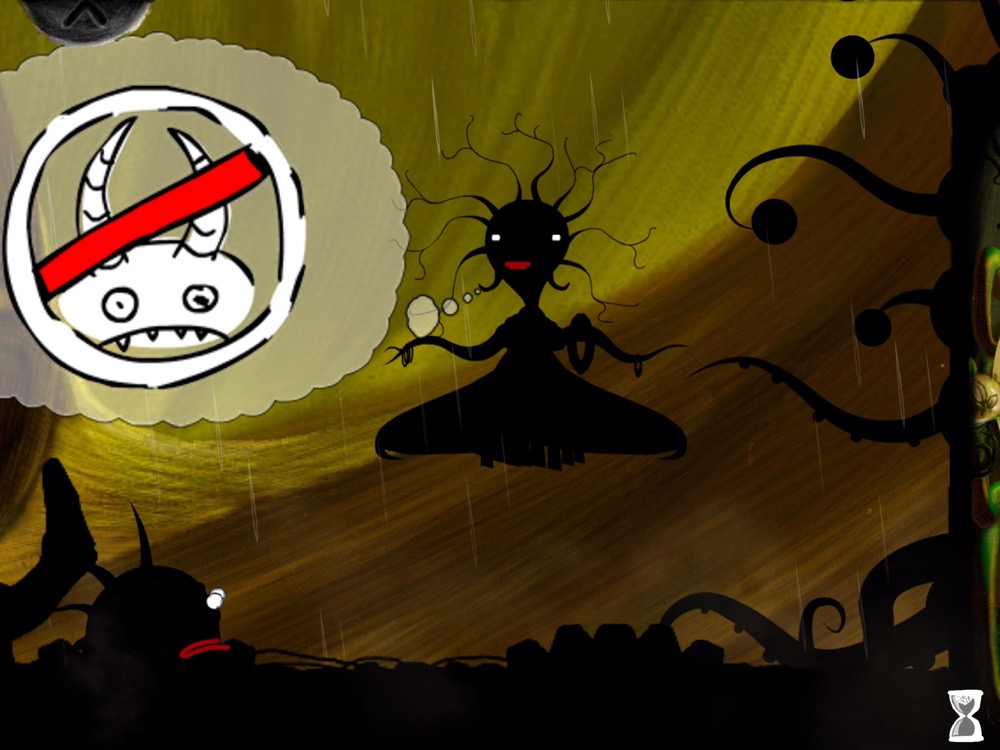 But there is a nice little skill you’ll get early on. Pip learns that he can squirt some type of liquid in his eyes and then see in psychedelic colors. It allows him to see things otherwise hidden to the naked eye. It’s like he sees into the spirit world. I’m a big fan of this type of mechanic in adventure games, as it gives some depth to the puzzles and allows for multiple layers over the same scene. It usually gives you more to do in a small space. I did like the puzzles that involved using the psychedelic vision, though I would have liked to see it used even more. Early on, I would use it when I was stuck, hoping that I missed something. But it rarely ended up being what I needed, so I eventually stopped using it as frequently. Later in the game, it is used more, but I still think it could have been better utilized. 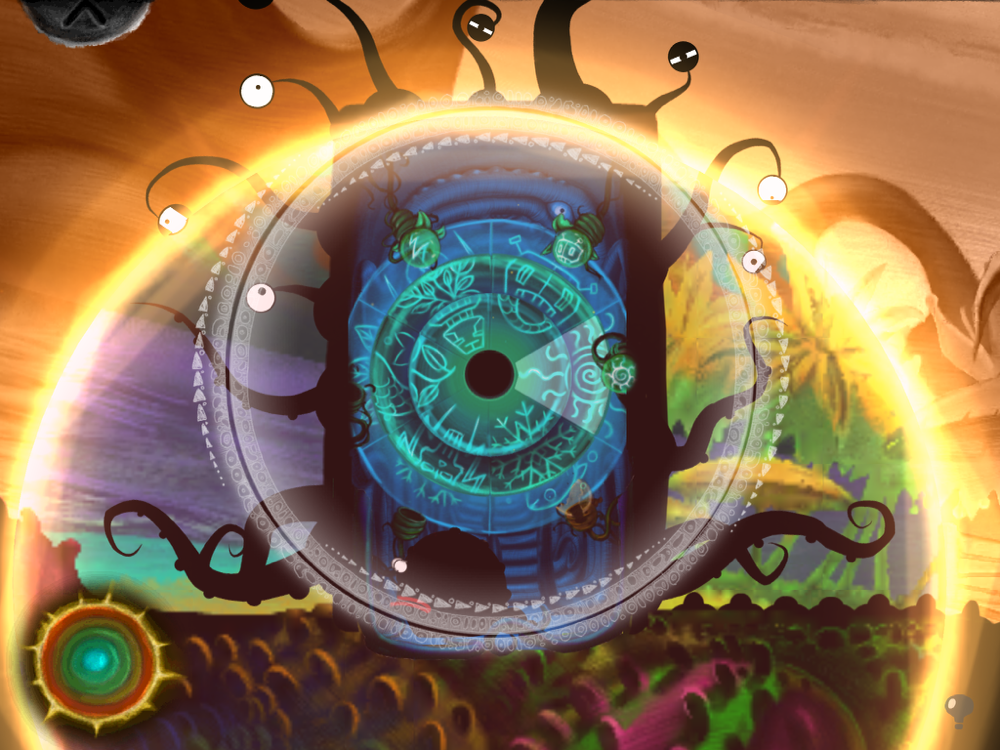 There’s also a living transportation device that takes Pip to different locations at will. This includes a colorful summery area where everyone parties all day, a cold snow-covered winter world, and a lush forest filled to the brim with strange creatures that react to your touch. I enjoyed meeting all the different creatures, but I do wish the game involved less pixel hunting. Early on, it seems it will work like Love You To Bits, where all possible interactions are flagged by a little bubble. But it turns out, just about anything can be an important interactive object. In the forest world, this meant tapping on basically everything to see if it will give you what you need. In Samorost 3, you’re rewarded with achievements for inspecting everything. But here, it’s part of the main game and it’s not entirely obvious at first either. This led to some tedious backtracking and running around when I couldn’t tell what I missed. 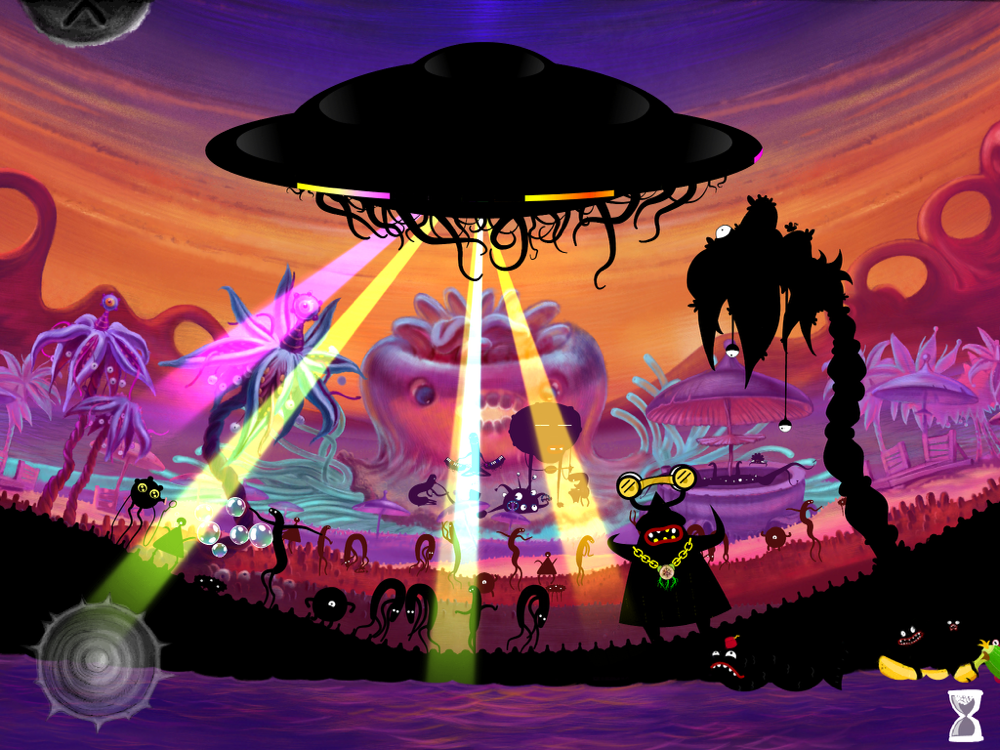 On top of that, the game has a zoom feature, which might make it more playable on a small screen. But it’s not quite so necessary to zoom in so much on iPad, yet it constantly does so on its own. I would zoom out and the game zoomed back in a few seconds later. Luckily, you can move the camera around as much as you want, but it means you’re spending a lot of time adjusting the camera instead of just tapping to move. On my first playthrough, I didn’t even think to drag the camera around much because I forgot I could. The game kept zooming in and I’d forget that there’s a big world out there. It wasn’t until my second playthrough that I really took control of the camera and used it frequently. It makes things more manageable but also a bit tedious, because it won’t stay zoomed out. 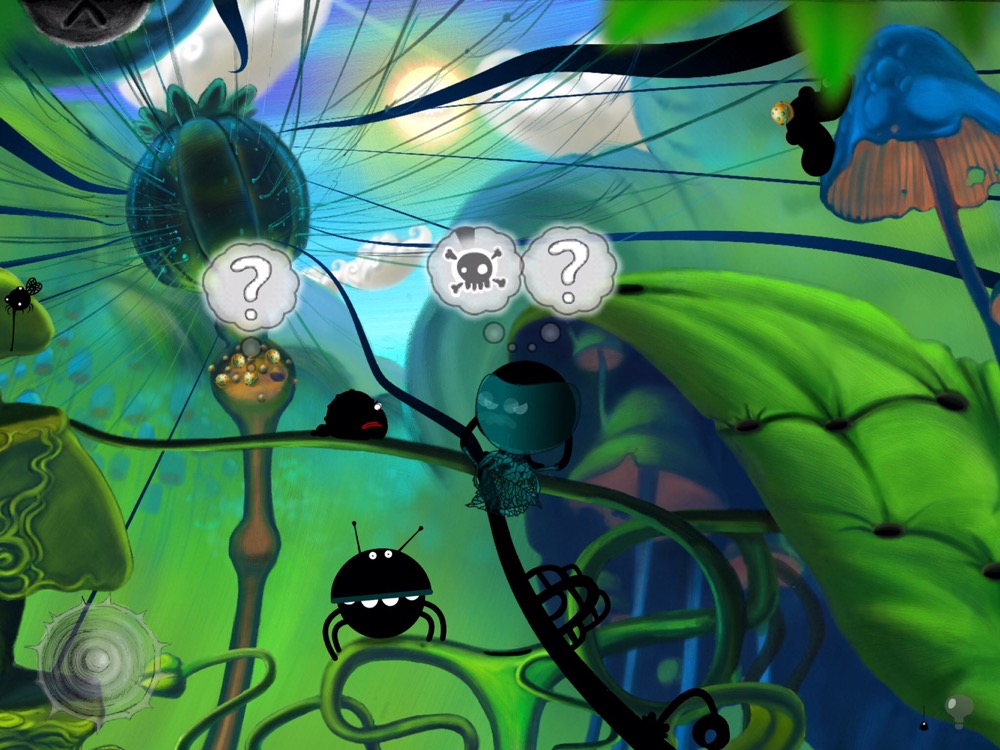 On my first playthrough, I also got stuck for several days and almost gave up. I couldn’t see anything new to do. I had access to the sunny area and the snowy area, but I felt like I had exhausted all options. This is partially my fault, but the game was definitely also to blame. This is what happened. The first areas you visit, you can only go right. The game does not let you go left. So in the next area, I didn’t even bother to try going left. I just assumed there was nothing there. I was stuck for days with no idea what to do, until I finally thought, “let me see if there’s anything over there.” And my next step was indeed off to the left. I was then able to continue and finish the game fairly easily, though I did get the bad ending due to a silly mistake near the end. 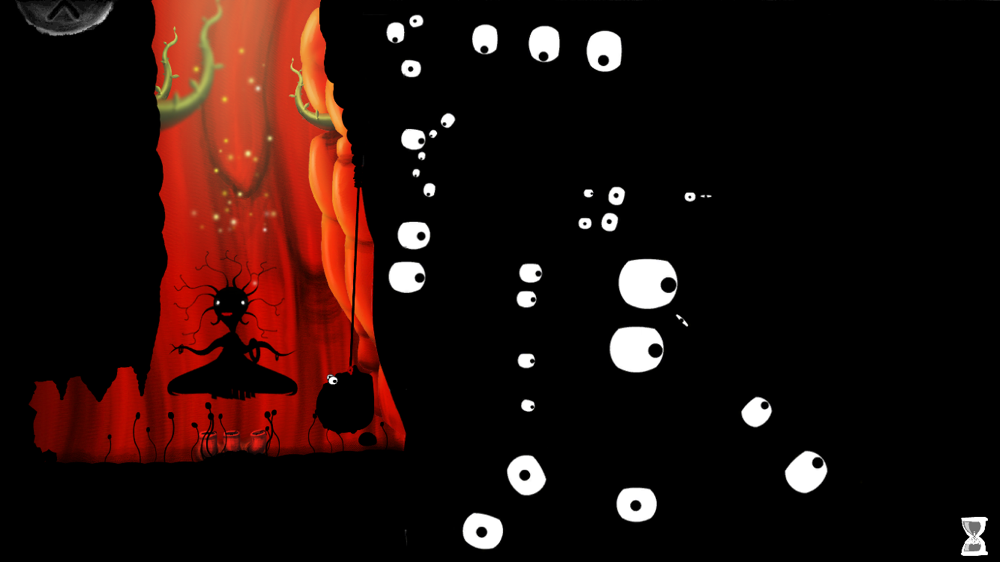 And that brings me to another issue. The game does tell you that spikes and horns are bad. But it’s very easy to mess up and find yourself being judged for your past deeds before you’re ready. On my first playthrough, I had no idea that I was about to reach the end and had missed out on some very important steps. So I got thrown back to the very beginning. Once you enter the last area, there’s no way to go back and fix your mistakes. There’s also no way to know this ahead of time. Maybe I missed a detail in one of the visual stories the characters told. When everything’s shown through cartoon drawings, it can be easy to miss a detail. But it made my bad ending feel cheap, especially since I would have to do everything over for a chance at the good ending. I almost didn’t go back and play again, but I figured it shouldn’t be as bad the second time around. And it turned out my mistake was only in the final fifteen minutes of the game. I corrected it and got the good ending — or rather, a “to be continued.” But it felt like such a waste of time. From what I can tell, there’s no way to mess up until you’re close to the end. So why can’t the game just set you back to the point where your choices matter? Why make me redo all the same stuff just to have another go at the ending? It left a bad taste in my mouth, especially since Pip moves so slowly and sometimes has to walk across an entire area just to do one thing. 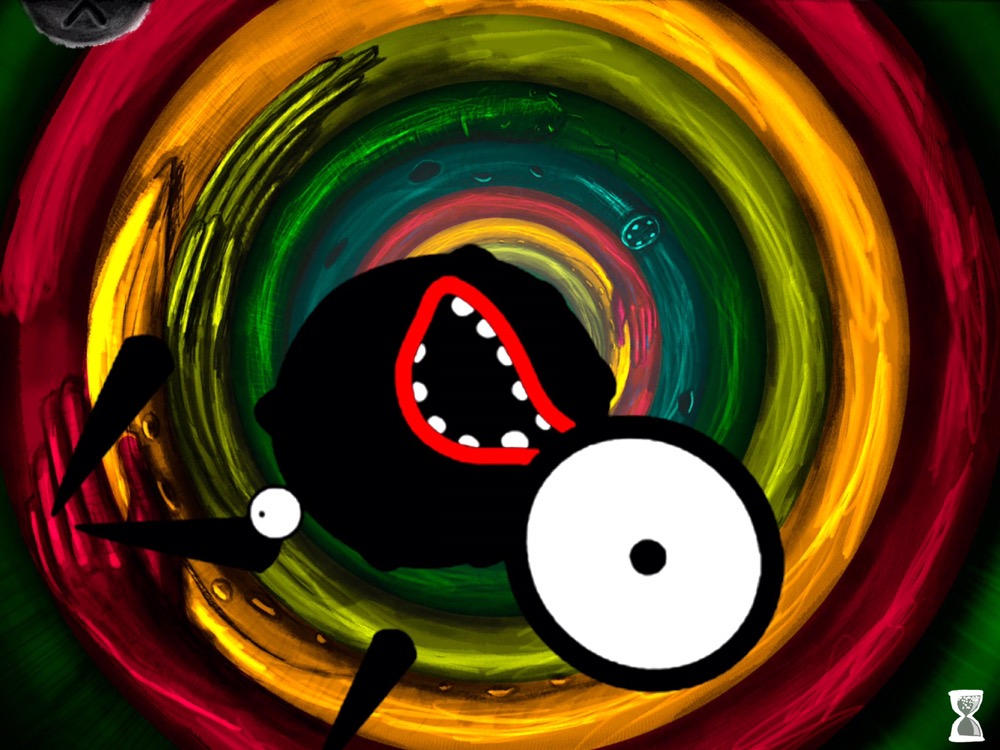 Then there’s the fact that this is only the first part in what I imagine will be a three-part game. Just as you’re getting invested in the story, it’s over and you have to wait to see the rest. My second playthrough only took about an hour. The game doesn’t cost much, so the length is not really a problem. It just felt like it was over too soon, like I was just getting started. And the issues I encountered — especially having to start from the beginning — felt like they were being used to pad out the game, which I’m not a fan of. 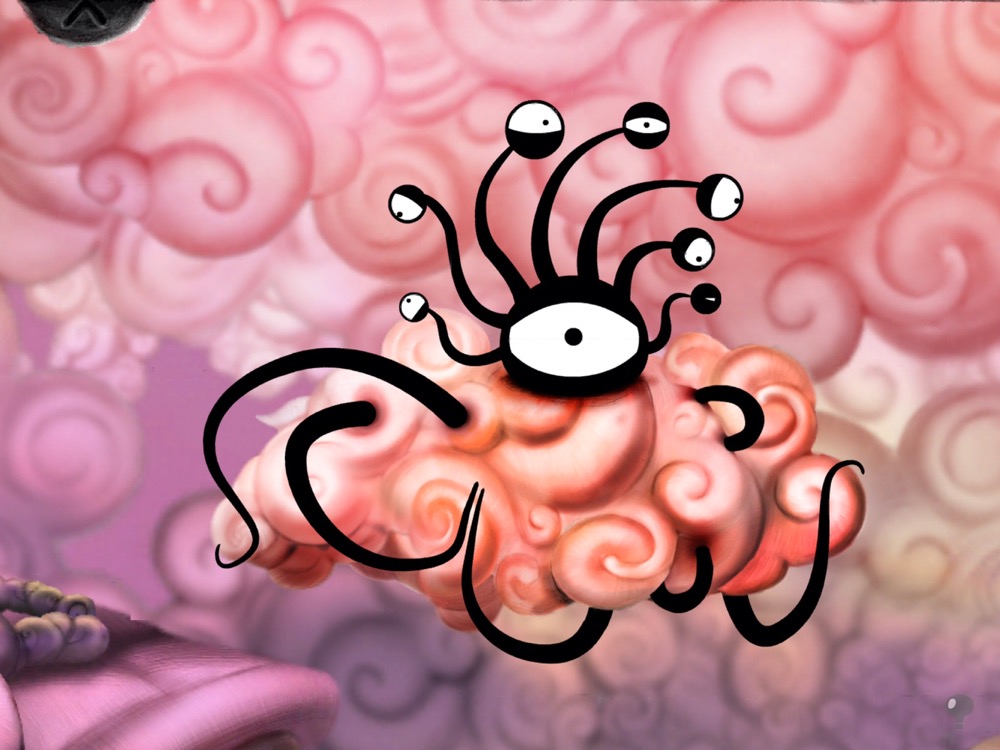 All that said, I’m glad I had a chance to experience the game, especially on my iPad. I would likely still play the second episode when it releases, though I do hope they deal with some of the issues I had with this one. I don’t like when a game wastes my time and here it seemed so unnecessary. I really like the idea of your actions affecting the outcome and being able to make reparations before the end. But it should have been dealt with in a clearer way and without the tedium of starting over. A few changes could make the game very user-friendly and perhaps a must-have recommendation. I would still recommend it, but you need to have some patience and be ok with the possibility of having to replay the entire game if you mess up. If you’re willing to give Karma. Incarnation 1. a chance, you can download it here.

And if you’re stuck anywhere, you can try my walkthrough guide.

All That Remains: Complete Walkthrough Guide