I have mixed feelings about Bossa Studios’ cat dating simulator, Purrfect Date. I was excited about it ever since I saw the announcement trailer, with its catchy tune and ridiculous premise. I also knew it was meant to come to iOS, so I had something to look forward to. Since it’s mostly reading, it’s a great a fit for an iPad that you can rest in your lap. In fact, I don’t get why anyone would want to play a game that’s mostly reading while sitting at their PC. But different strokes, eh?

Anyway, it finally released on iOS this past week and I freed up some time to spend with those feisty felines. I hadn’t read any reviews about it because I wanted to be surprised. And surprised I was. You start off by choosing from one of six character profiles and naming them. Then you set off on your journey to Cat Island, where you’ll be working as the latest research assistant to Professor Pawpur. It all sounds interesting and I’m totally down for it. But it is so overly wordy! I’m sure some will appreciate it, but I thought the writing could have used some serious editing. The problem is, you’re not just having a dialogue with other characters, but you’re narrating the whole experience. Take the screenshot below for example. So many words to say so little! It would be fine if it happened once in a while, but I was losing interest in the first twenty minutes because of the long descriptions for every little thing. I didn’t need so much detail! 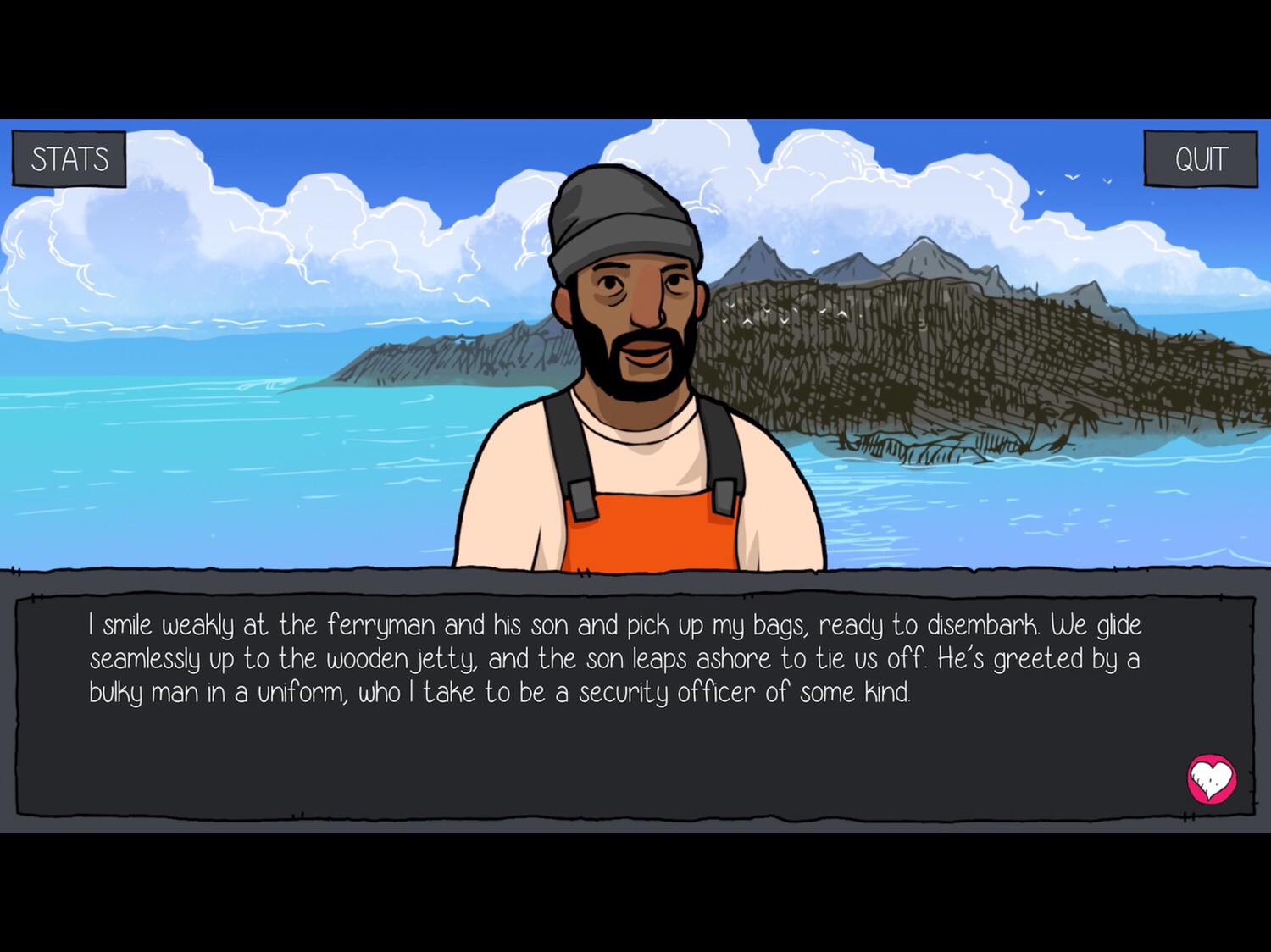 Once you get past the intro, the professor explains to you that when you’re done with your research, you’ll have to leave the island. You’re then given the choice between romancing one of the island cats, research, or recon. As long as you don’t complete all the research first, you’ll be able to go on five dates with a single cat and do three recon missions. Then you’ll leave and start a new chapter as a new research assistant. Minor spoiler here, but the reason you can talk to cats is because you were bitten by a werecat and are now one yourself! So, besides helping Professsor Pawpur, your goal is to create an antidote and also help the cats figure out what’s happening to their friends. You’ll meet cats named SnootyBooty and Major FloofyButt, so you can imagine the tone of the game. 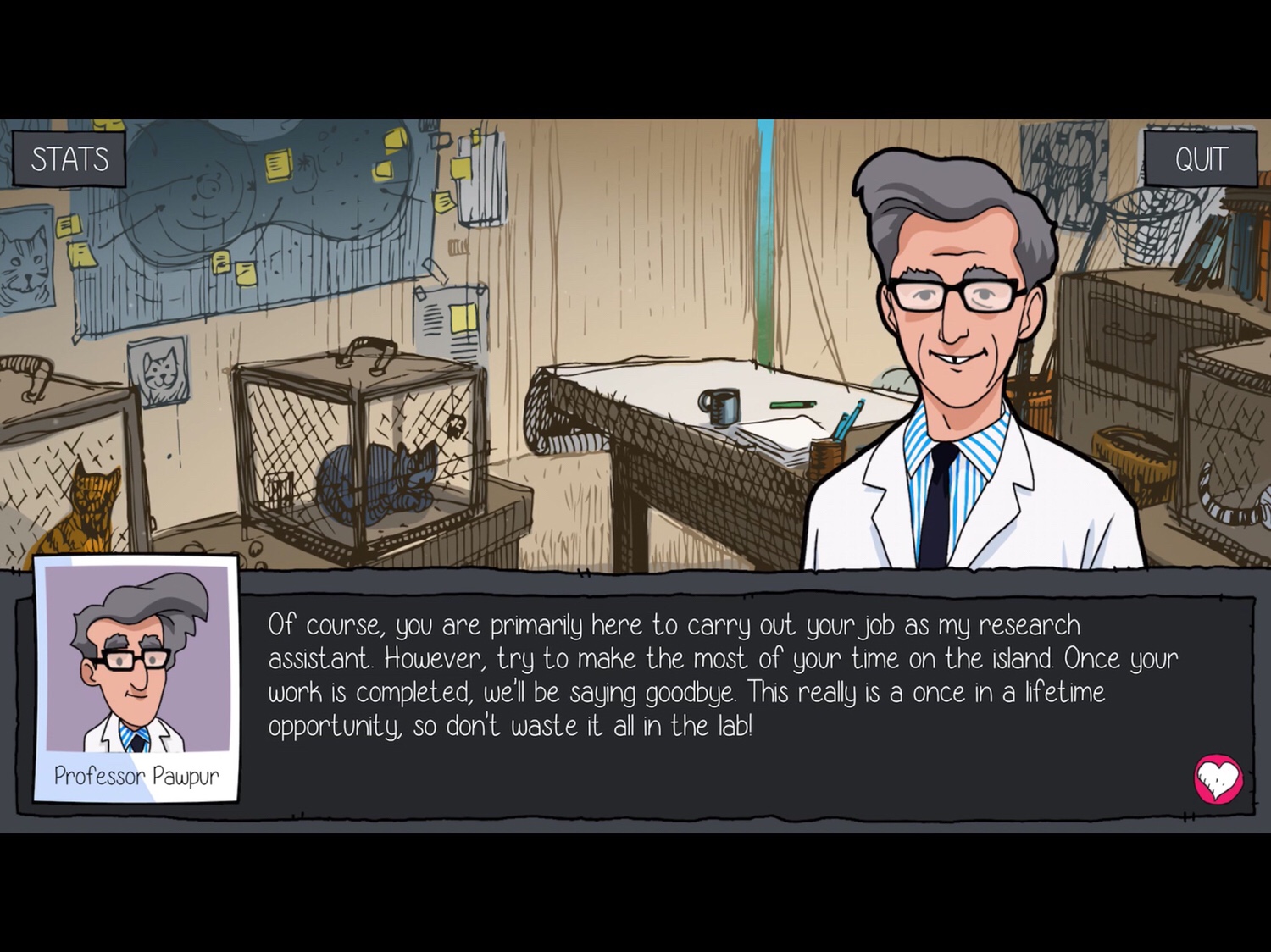 Unfortunately, most of the cats are just not very interesting to talk to. It doesn’t help that my character talks so unnaturally, making the conversations seem forced. Oh and did I forget to mention that you also have to rest? And that it can include some menial tasks like making granola? Sometimes you’ll have a weird dream, which I admit could be entertaining, but mostly these interludes just felt like fluff and filler. Eventually, in the fourth or fifth chapter, the rest is just a line or two that says something like, “you rest and feel refreshed.” But by then I was already so tired of the game’s slow pacing that it didn’t make much of a difference. 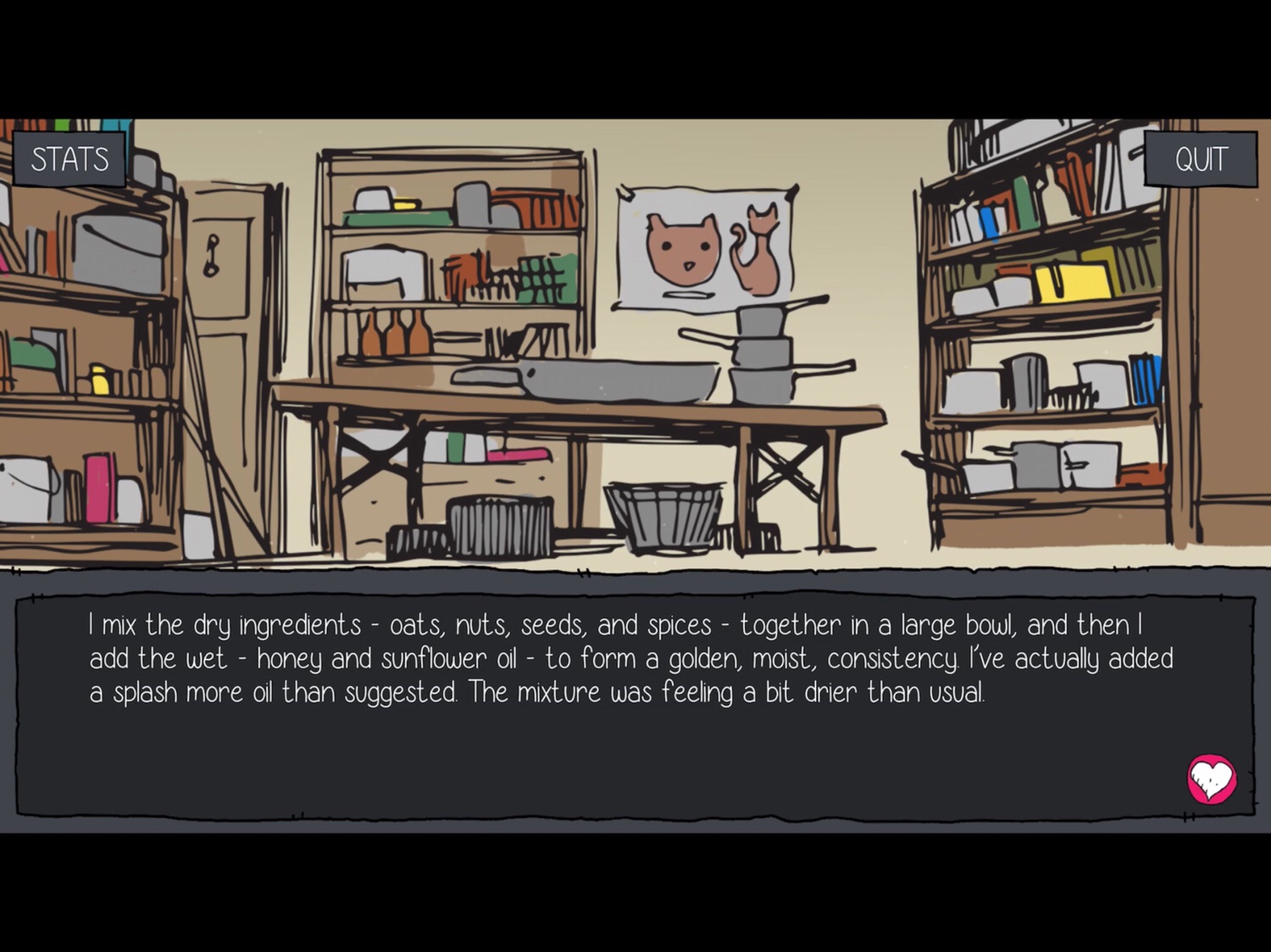 And that’s my main complaint with the game. It has a pacing problem. There’s a mystery to unravel and that’s what kept me coming back. But it unravels so slowly that I became bored. I mean, I even met cat pirates — yes, CAT PIRATES — and was bored talking to them. It wasn’t until the last two cats I dated that I actually started to enjoy myself. They actually had some meaningful things to say and weren’t entirely superficial and shallow. They seemed like more complex characters than the previous cats. But I also didn’t learn as much as I wanted to about the island and its mysteries by the end of the game. According to my stats, I saw about fifty percent of the game and had about eighty percent of the antidote finished. Even though I did enjoy my time with the last two cats, I can’t see starting over and slogging through all those words again to try and unlock new pieces of information. I wish I could have just seen it all in one (shorter) playthrough. 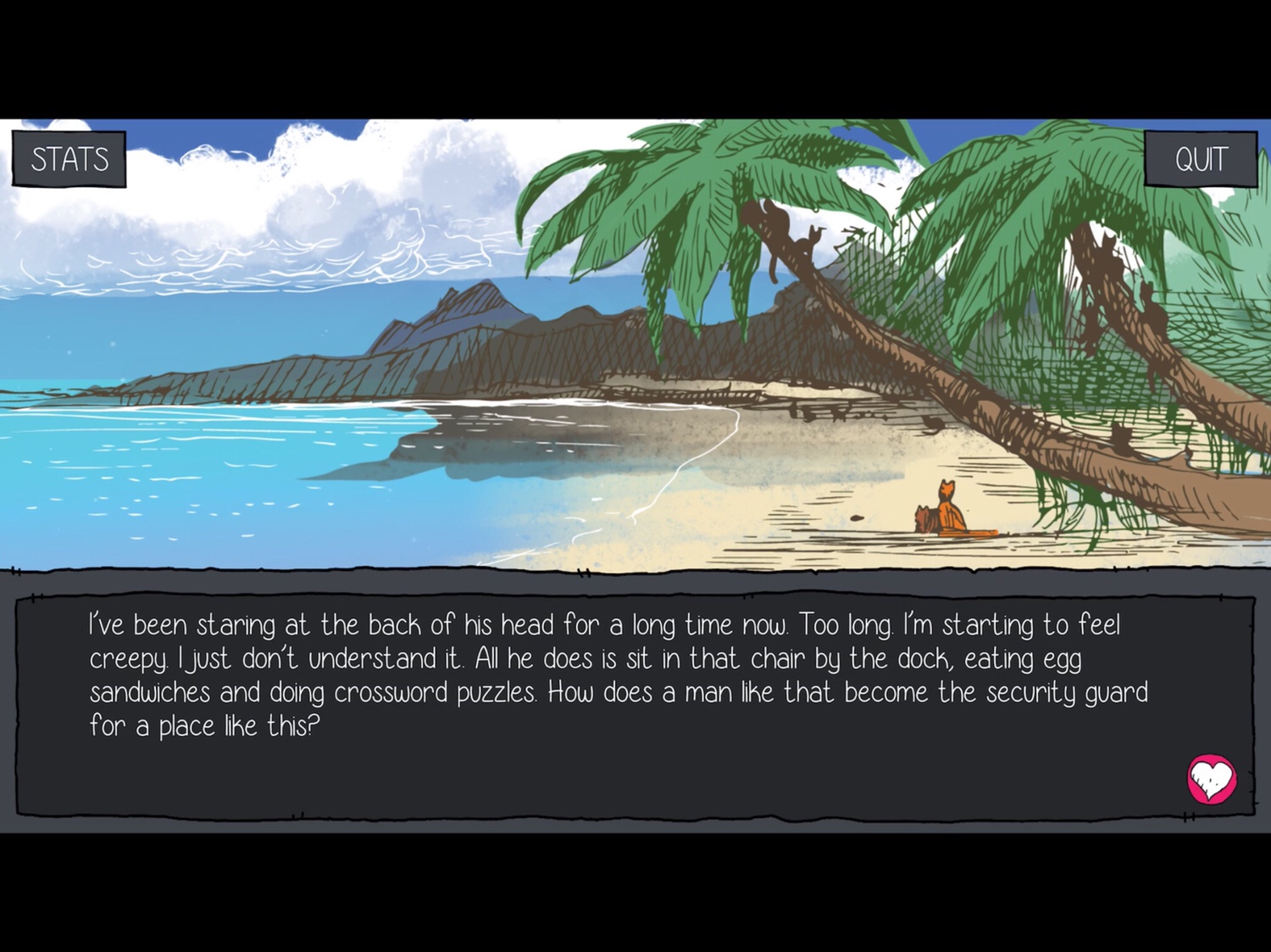 Granted, part of the reason I didn’t complete the antidote and find out more about the island is because I wanted to see what happens if I choose not to help the cats. I lost an entire chapter due to that, and maybe in hindsight it was a bad idea, but I shouldn’t have to replay the whole game because of that one mistake. I even tried to see if maybe starting a new game would put me on a fast track so I could just get straight to discovering new plot points, but it made me go through the whole intro again. I just can’t do it. Yes, you can tap the screen to make the text appear faster and skip it, but it’s still too much work to go through for a game I wasn’t thoroughly enjoying.

Despite the occasional unresponsiveness and needing to tap a few times to get the game to recognize my inputs, the iOS port is pretty solid. There isn’t any iCloud, unfortunately, so you will be stuck playing on one device. But you’re mostly reading and making choices about what to do with your time on Cat Island, so touch controls are perfect for it.

I really wanted to love Purrfect Date. Without saying too much, there’s something dark going on on this mysterious island, and the game is far more than just a cat dating simulator. Unfortunately, you’re going to need a lot of patience to get to the bottom of it. My suggestion would be to watch parts of of my gameplay videos below to see if the writing is to your tastes. If so, go ahead and grab it and enjoy. But if you start dozing off from the very beginning, much of the game is going to feel like that to you, so buy it at your own risk. You can grab the game here and see my full playthrough below.

Sky: Children of the Light – Season of the Little Prince – Rose Quests Guide