I wasn’t really planning to write a review for 1Button’s Super Sharp Sequel, Ultra Sharp. I was going to work on a walkthrough, but as a free game with ads, I didn’t see any reason to write a proper review when people could just download it and try it for themselves. Like its predecessor, the game is a physics-based puzzler where you need to slice through colored shapes to get pieces of them to hit the stars. There’s also a minimum move count for each level so you get credit for finding the optimal solution instead of just slicing wildly.

While some of it felt like it was rehashed from the first game, I was still enjoying myself enough to continue playing and decided to make the in-app-purchase to remove ads and support a fair payment model. I like try-before-you-buy games that are sort of demos, allowing you to play a bit before deciding whether to give a developer any money. I know it’s rough these days getting mobile gamers to shell out cash for a game before playing it, and I think this model is a good compromise. It’s pretty much a win-win for everyone. It’s especially fair when a developer allows players who can’t afford to spend money to still play a game for free while watching the occasional ad, while still allowing those who can afford it to pay to remove the ads and have a fully premium experience. 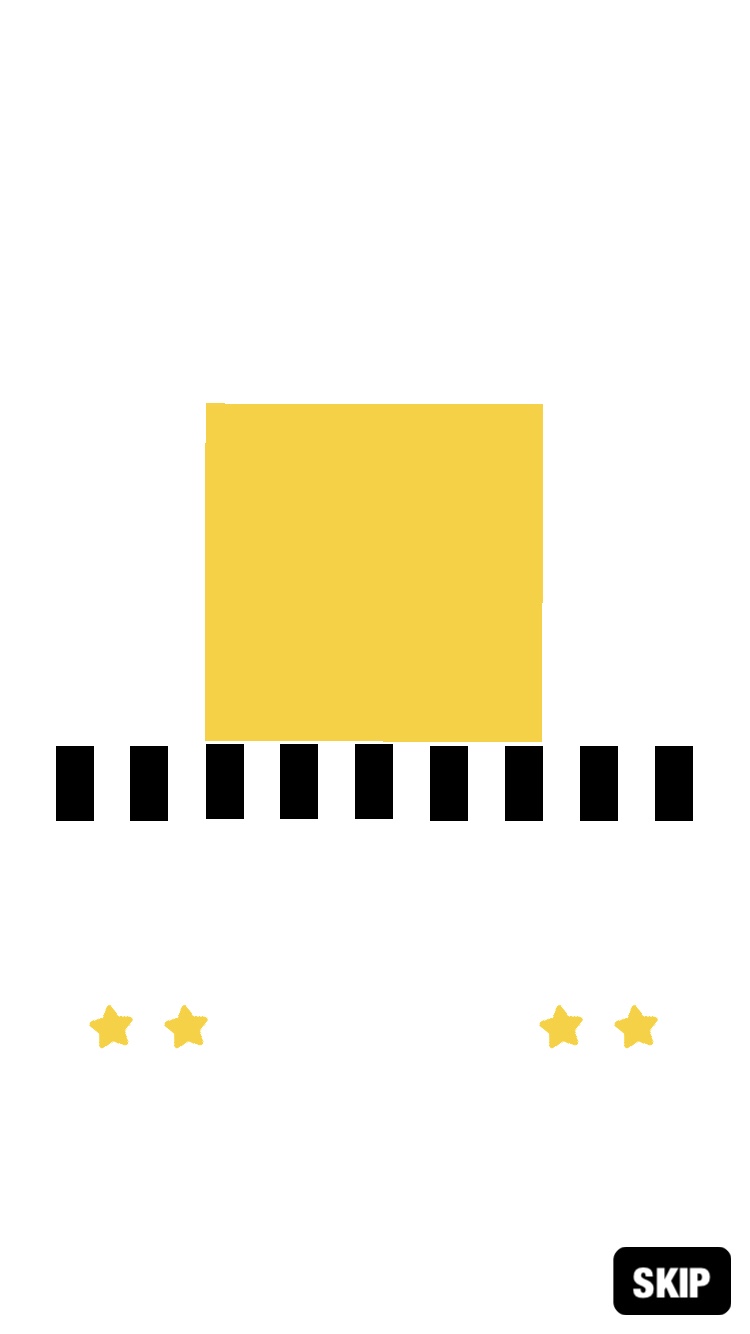 So why am I talking so much about this instead of just talking about the gameplay in Ultra Sharp? That’s because about halfway through the third section I got hopelessly stuck on on a level. But I had noticed a big SKIP button since I started playing and thought how nice it was that I could use it if I got stuck. I hadn’t needed it before, so I never pressed it. But now, after already paying to remove ads, I decided to use it and worry about the tricky level later. Except, it wouldn’t be so easy. That SKIP button wasn’t the developers being extra helpful, just extra greedy. They already got my money for the game and now they locked a quality of life feature behind more ads and IAPs. It’s one thing to leave that in for those who haven’t paid for the game, but it shouldn’t be an extra cost. This isn’t like offering hints for an extra cost, which does take more work to implement and could be more understandable. You cannot tell me that the work involved in adding a skip button justifies taking more money from paying customers. 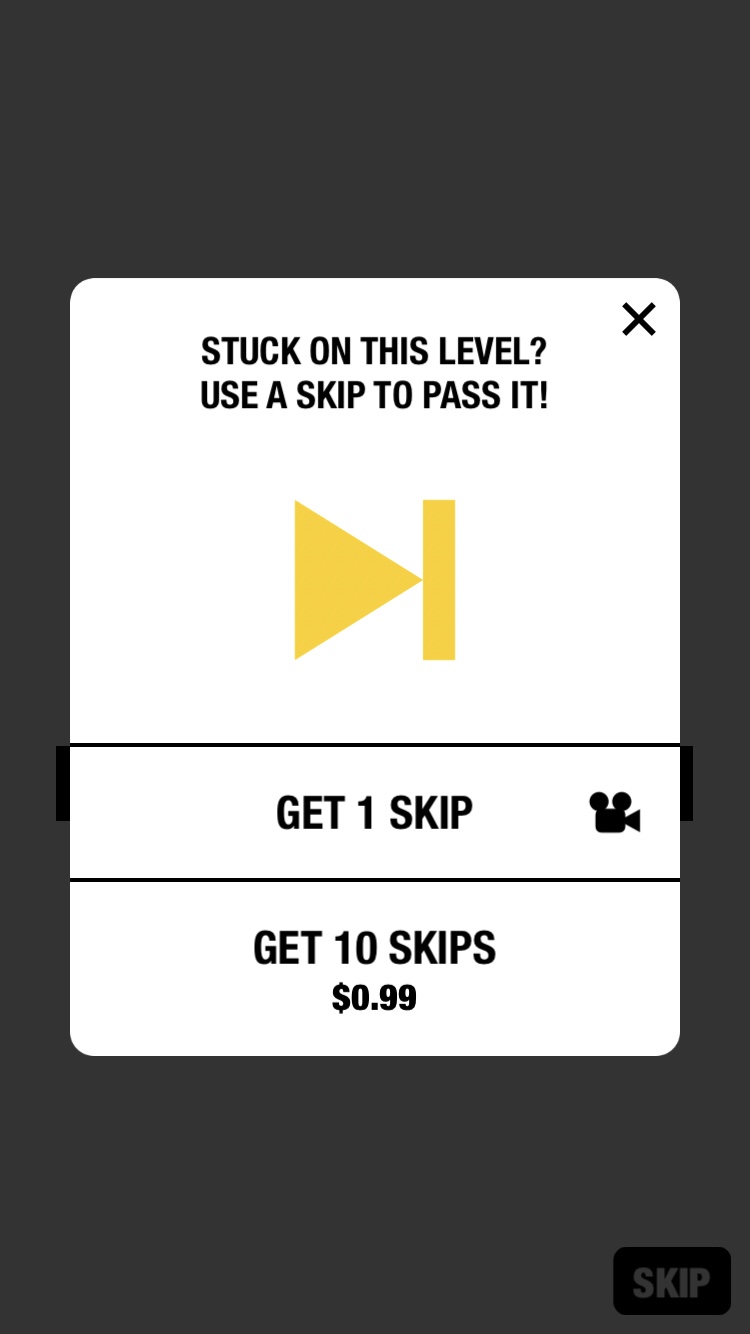 I’m seeing things like this across the board lately, with developers locking quality of life features behind IAPs, knowing that players will likely get desperate and buy them. One of the first times I saw this in a game I paid for was Deus Ex GO. My main complaint in my review for the game was that it didn’t have an undo button and it was too easy to mis-swipe or mis-tap and be forced to restart the whole level, even those with fifty moves. The developer listened to my criticism, I suppose, but they responded in a very user-hostile manner. Instead of adding a simple undo button like any developer who cares about their players would, they added consumable undos. Try to wrap your head around that. If you mess up, you can either restart and waste your time or pay some of your hard-earned cash to buy undos that will get used up. Remember, this is in a game I already paid for. I have never been so angry at or insulted by a game before. This was a developer realizing that a quality of life feature was missing from their game and instead of making their game more user-friendly, they used it as a way to continuously take money from players who value their time over their money. 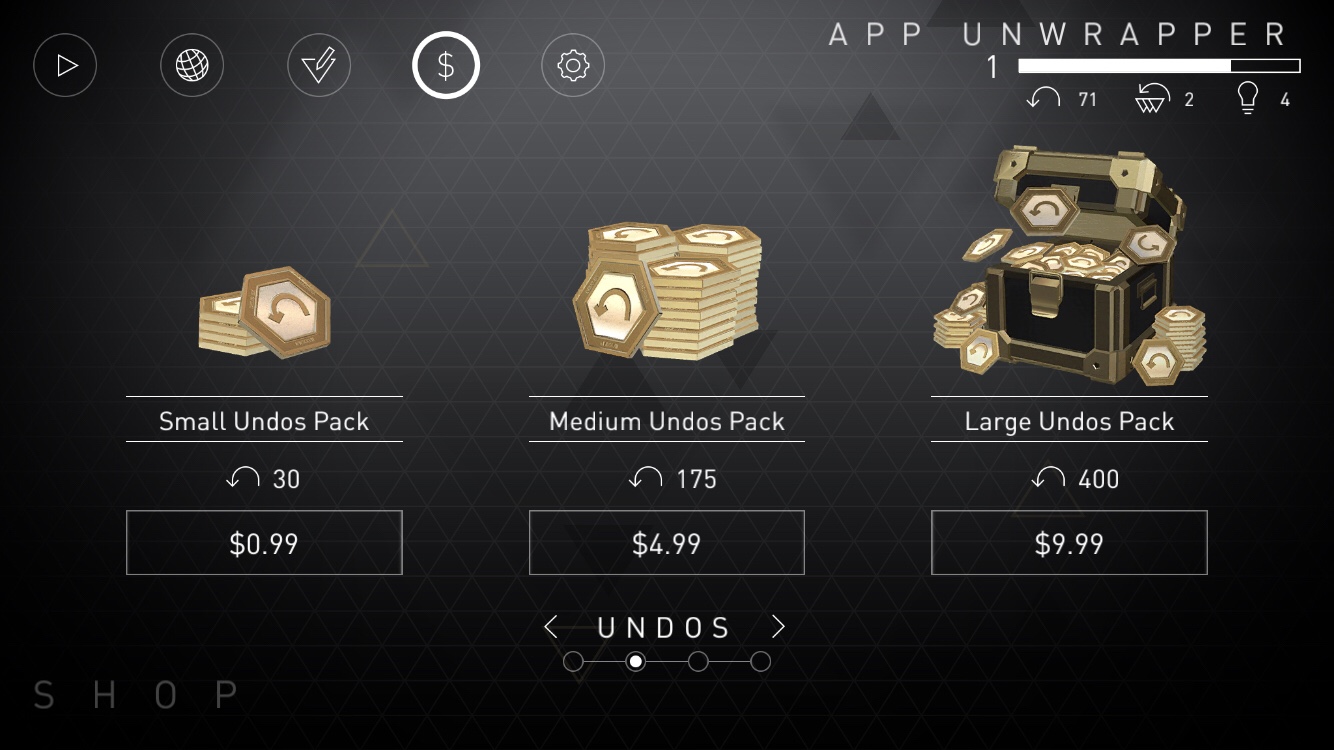 Compare this kind of behavior with games like the supremely clever and user-friendly Cosmic Express or Dissembler that both have a toggle in the settings that allows you to unlock all levels from the start so you never have to be worried about getting stuck on any. Both games also have unlimited undos, though Cosmic Express‘s comes in the form of allowing you to edit and re-edit a track as much as you want. These are games where the user experience comes first and the monetization is simply a form of paying for the ability to play it. Once you own the game, the developers want to make it the best experience as possible, and have even made small improvements in response to feedback. 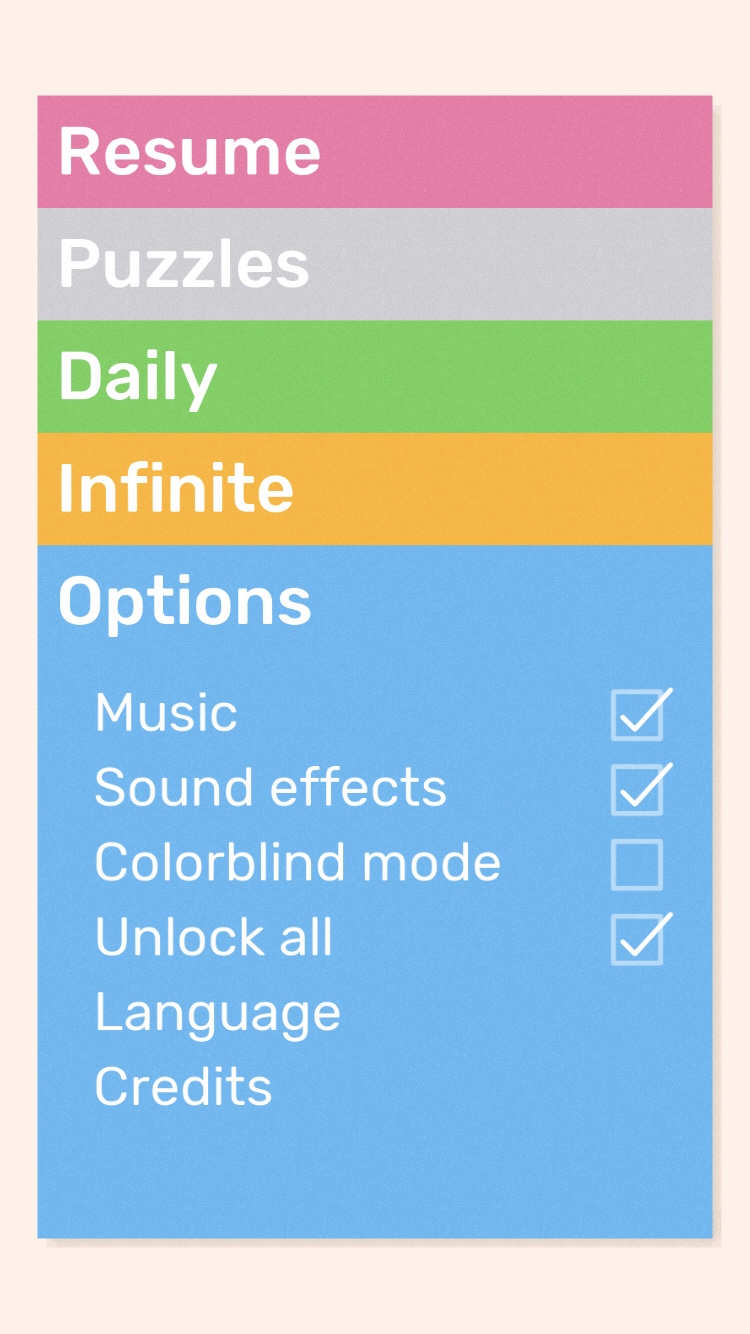 Another game that puts players first is Six Match, which, like Ultra Sharp, is free to play with ads. If you like it, you simply pay $1.99 to remove the ads and you will never be bothered by them again in any form. I enjoyed the game, so it wasn’t even a question for me. I’ve put in so many hours into the game by now, it would have been ridiculous to keep watching ads just to save a couple of bucks. Again, the developer has since made improvements to the game based on player feedback, despite not getting a steady flow of money from each player. Quality of life improvements were added, such as ways to prevent accidental swipes, and all of them for free. This is an example of a developer putting players first and hoping that the positive experience will get people to pay instead of the opposite — making the game less enjoyable so people will pay to make it more bearable. 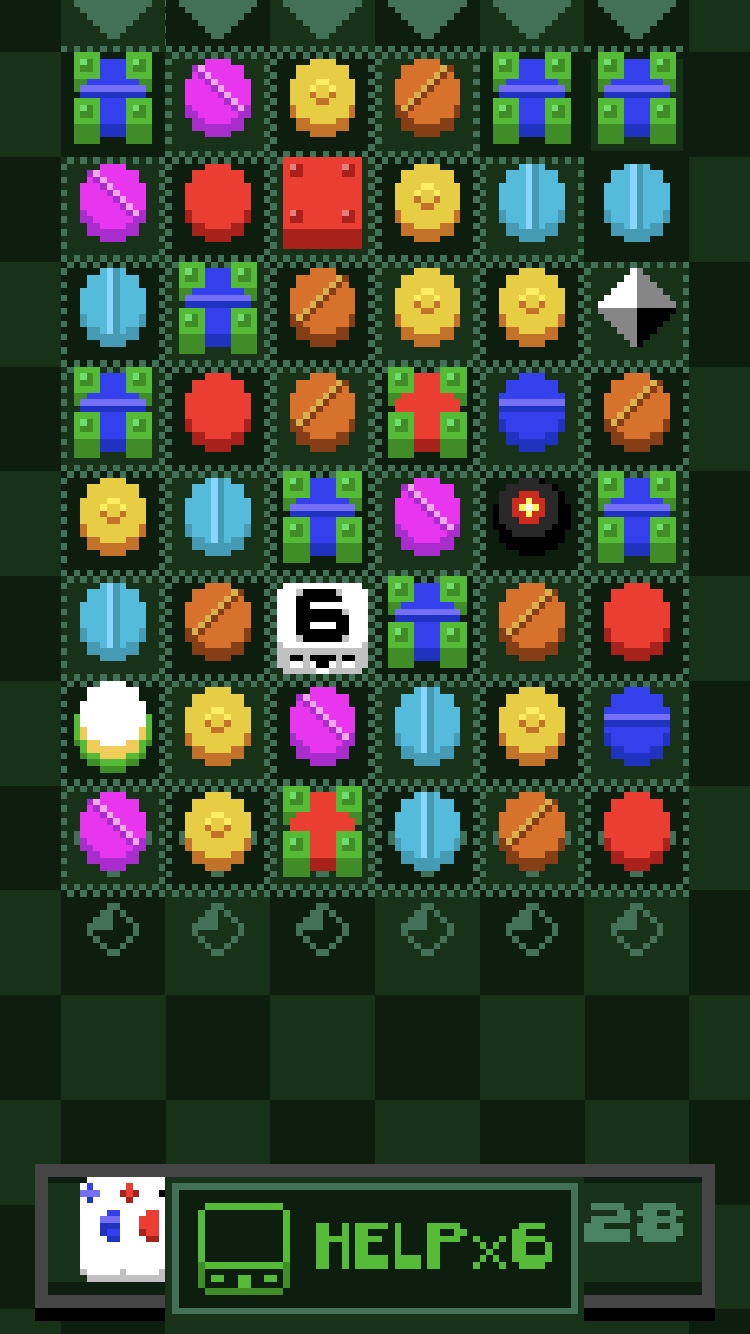 I know this was meant to be a review for one game, but I’m using it also as a sort of call to arms. If you, like me, want to see developers put the player experience before monetization, speak with your wallet. Support developers that treat you like a customer and not an ATM. If a developer lets you try a game but then charges for the rest of it, don’t write them a bad review just because you can’t afford to pay. Be grateful that they allowed you to try the game so you can be an informed consumer and only spend your limited funds on games you feel are worth parting with your money in order to play. And conversely, when a developer lets you play for free but makes your experience miserable unless you continuously shell out cash, don’t give them your money and watch incentivized ads. If there’s any possibility of this trend reversing, it will be because the well dries up and developers realize they can’t strong-arm players into spending money. I will be doing my part by requesting a refund for Ultra Sharp, since I feel I was misled about what I was buying. 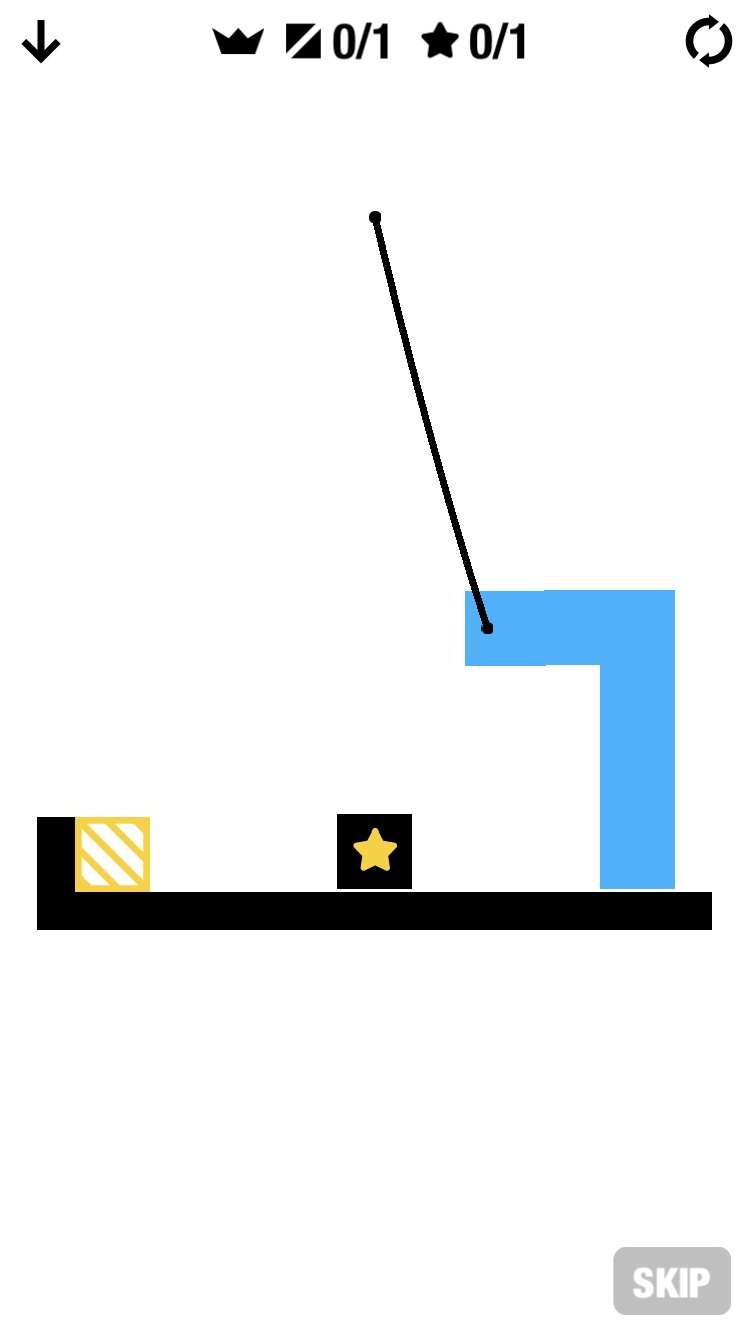 Now, as far as the gameplay goes. There’s definitely some repetition if you’ve played the first game, and so far much of it has been on the easy side. But there have been a few trickier puzzles. I also like that a new goal was added, which is getting rid of a certain percentage of the shape using a specific number of slices. It does shake things up a bit and I was eager to see where else the mechanics might have changed and progressed. But after paying for the game, I refuse to give them more money or watch an ad just to skip a tricky level. So I’m afraid I won’t be able to review the rest of the game unless this horrible taste leaves my mouth and I persist to solve the puzzle and continue. 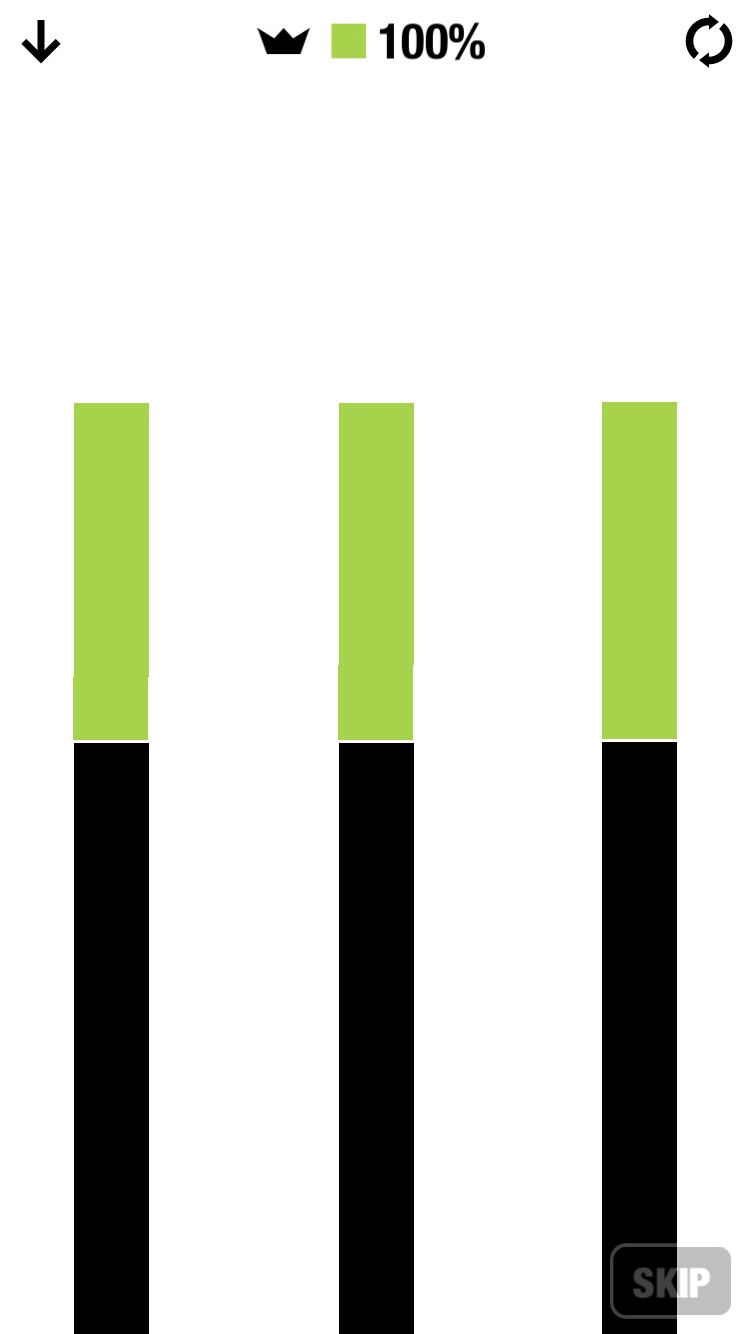 Since the original game was paid and you may not have played it, sure go ahead and give Ultra Sharp a try. But I don’t recommend buying the ad-removal IAP, as you may just end up giving them more money or watching ads anyway if you get stuck. No matter what you decide to do, I hope my little tirade makes you think before you give a developer money or ad revenue. Consider if you like the state of the App Store at the moment and whether you’d like to be part of the problem or part of the solution.