Once you’ve unlocked all nine characters in Reigns: Game of Thrones, you have a much harder task ahead of you. Tap on the ravens to see clues for each character. In theory, they should help you figure out how to survive the winter with each ruler, but it’s not quite that simple in practice. Some are easier than others, so I suggest starting with the ones you have at least some idea about and then working your way through until you get stuck. If you get stuck, come back here and my guide should help you through it so you can reach the proper ending. I’ve given detailed instructions for each, and also included videos for those who prefer that.

This guide was getting long, so I’ve split it up into pages. You can jump to each ruler using these links:

Raven clue: The raven stands on a burning road. The deep echo of two dragons’ screams vibrates through the flames. 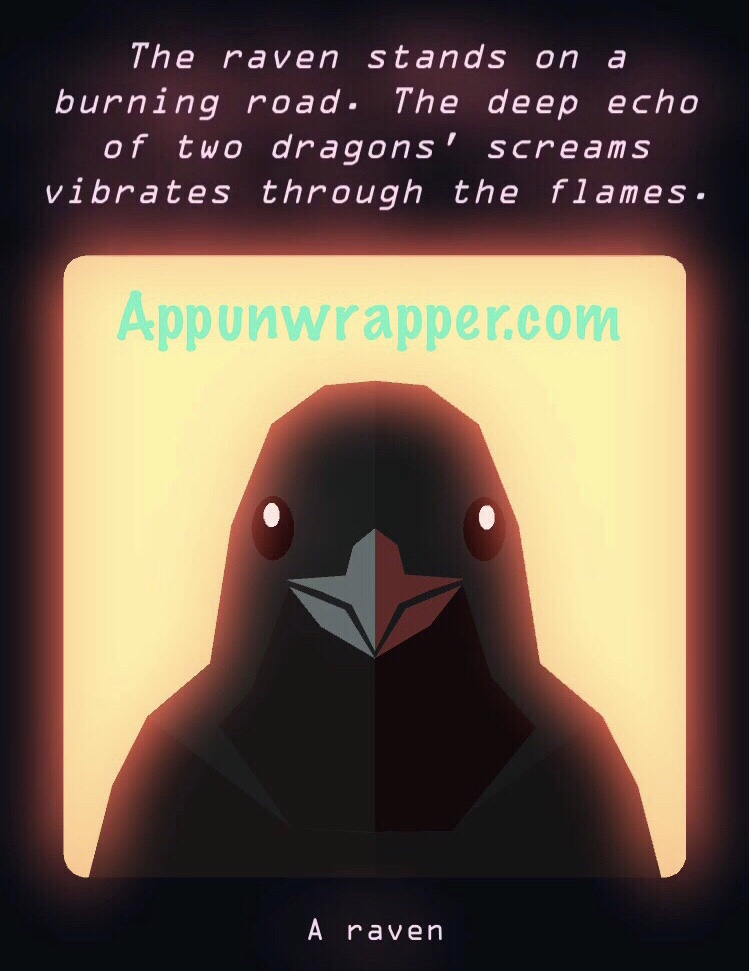 To survive the Winter with Daenarys, you need to first unlock the Dragon Riders effect. Here’s how:

Play for a while and you should get an encounter with someone who says your pet monster is causing destruction. It turns out it’s your dragon, Rhaegal. Keep playing and Tyrion, your Hand, should appear to discuss it further. Eventually, you’ll learn the dragon needs a rider. When Rhaegal appears. You have two options — to Look at him or Touch him. Either one is fine, but make sure to remember which one you chose. Continue playing until the four potential rides arrive. Then you’ll have to choose between some candidates as to who should ride him.

If you looked at Rhaegal, choose Tyrion as his rider. If you touched him, choose Sansa as his rider. You’ll then get the Dragon Riders effect that will allow you to survive the winter. 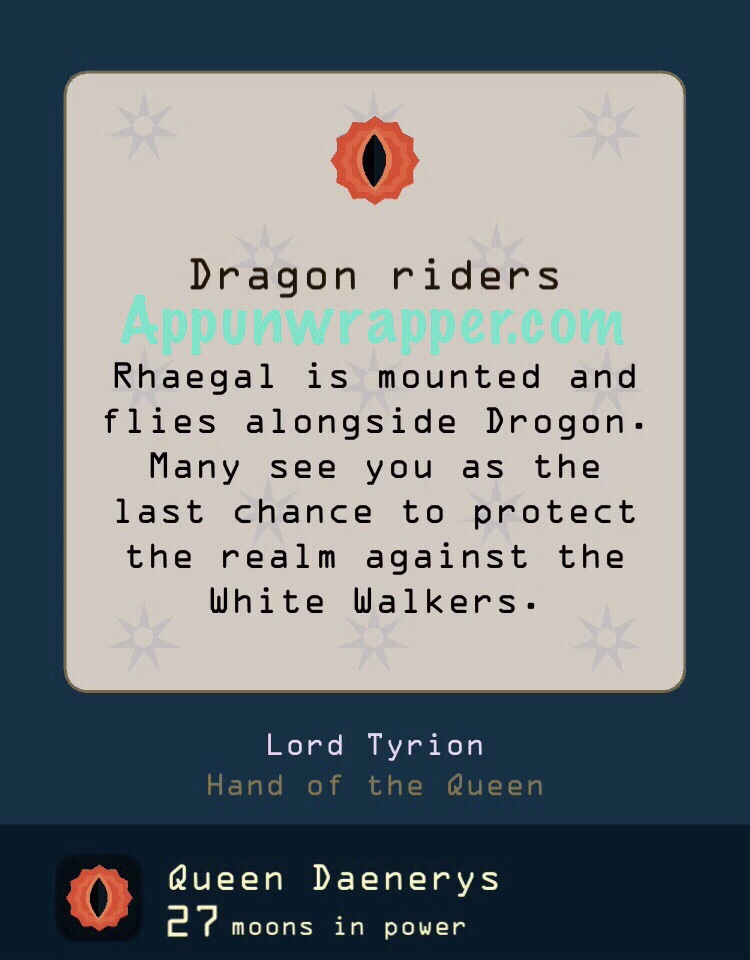 Now, either last long enough for winter to arrive on its own or do something to trigger it. Then die during winter (min or max one or more of your factions) and the White Walkers will appear. But this time you’re strong enough to defeat them. Do so and you’ll survive winter and make it to summer. You also get a boost of a few moons so it’s a good way to reach a higher score.

Anyway, now you can die at any point and when you meet Melisandre again, she’ll comment on the events that just transpired. Then the upper left raven will disappear, with red leaves taking its place. Congratulations, you got your first ending! You can also watch my video below if you still need help with it.

Dark Meadow is on sale just in time for Halloween.