If you’ve ever thought that it might fun to be part of a Ghibli movie, then Throughline Games’ Forgotton Anne is the game you’ve been looking for. It’s been out on other platforms for about a year now, but I hadn’t heard of it until it’s iOS release was announced. After seeing one screenshot from it, I knew it was a game I needed to play, and I was so right. Fluid animation, quirky characters, a heartfelt story, a fully voice-acted script, and thoughtful puzzles all come together to make a completely immersive experience that truly does feel like an interactive Ghibli movie. Aside from a few niggles, this is something I would easily recommend to anyone looking for a narrative- and exploration-heavy game that isn’t overly challenging.

In Forgotton Anne (yes, I know it’s spelled strangely, and I’m still not sure why), you take on the role of Anne, the Enforcer of the Forgotten Lands, where lost objects — called Forgotlings — end up. When someone in the human world discards one of their belongings or just misplaces them — like a lone sock — they end up here, where they’re imbued with an energy called Anima that gives them life. Anne and Master Bonku are the only humans here, and they’re working hard to build an Ether bridge to get both humans and Forgotlings back to the world they came from. When we first meet Anne, there’s a huge explosion at the Watchtower caused by rebel Forgotlings, and your job is to investigate it and stop the rebels before they cause any more damage. To aid you in your travels, you have an Arca which can store and control Anima, as well as mechanical wings that allow you to jump high. 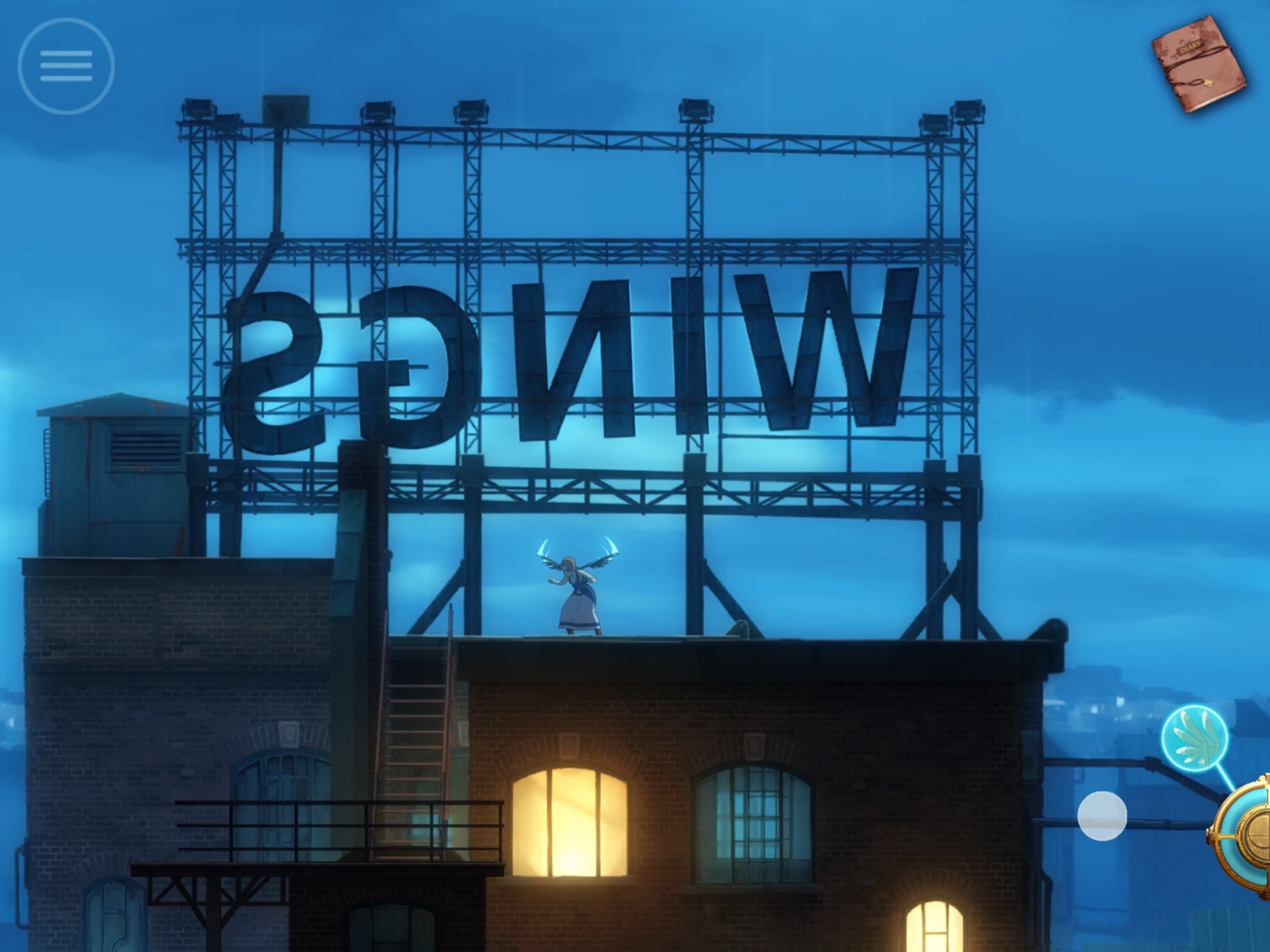 Anima is a powerful substance that both serves as an energy source in this world and as a life source. Being able to control it with your Arca makes you both feared and revered. It’s what allows you to use your wings, and gives you the ability to turn on machines, open doors, and all sorts of other uses you’ll discover. But you learn early on that the Arca also allows you to distill Forgotlings, which essentially drains them of their Anima and leaves them once again lifeless. As you explore this world and learn more about it, you need to decide whether you see the Forgotlings as equals or simply as the objects they started as. Since this is a choice-based game, your decisions will impact the story and how the other characters react to you. 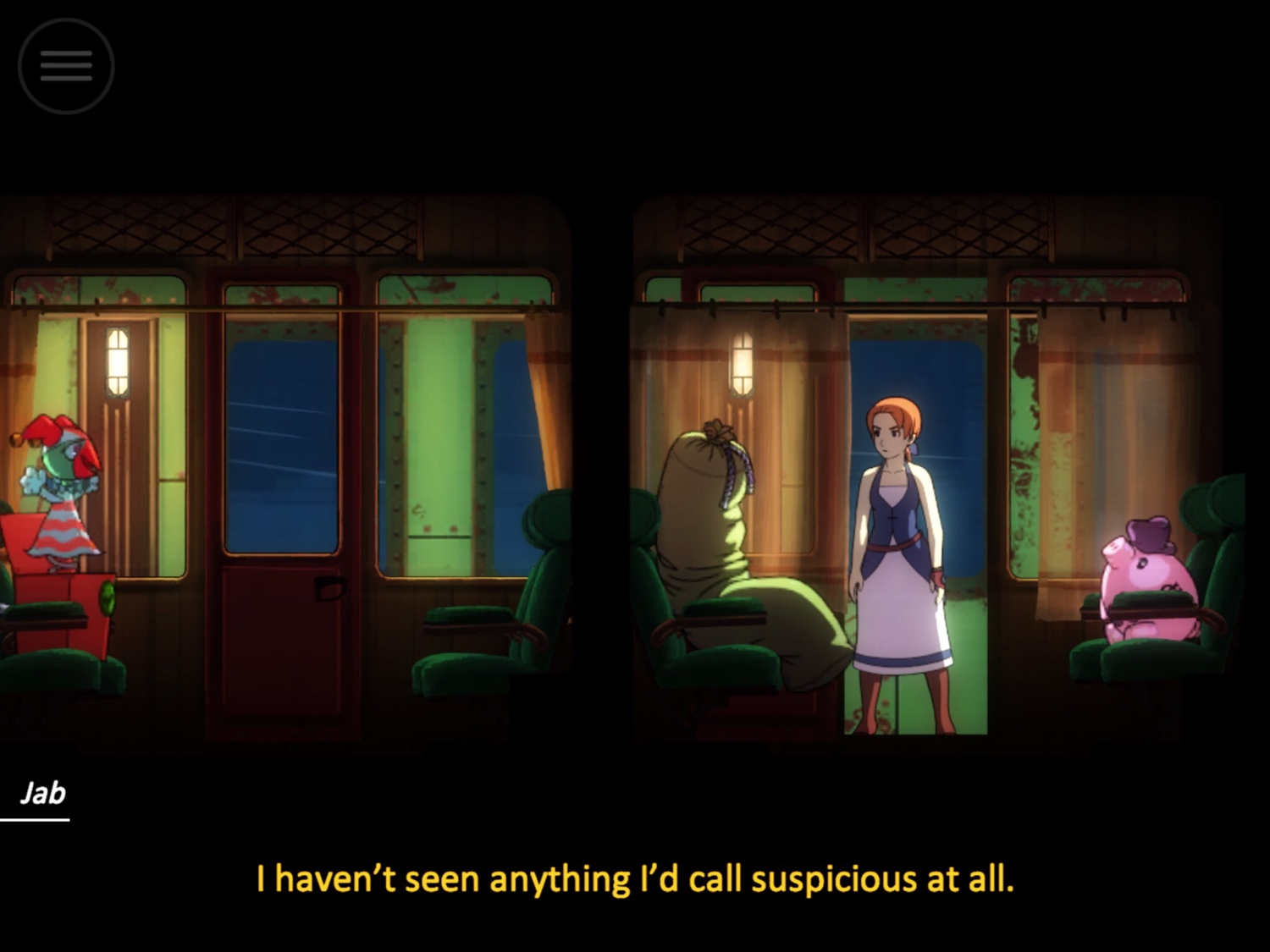 Somewhat predictably, Anna learns that things are more complicated than they seemed and tries to find out the truth. She has to make some difficult choices and loses some friends along the way, while gaining others. One little detail I really liked was the hint early on that you would eventually have a companion, as there’s a door at the very beginning of the game that requires two people to open it. Even if parts of the story aren’t too surprising, I was interested in this world and the eighty or so characters inhabiting it. I wanted to learn more about them and Anne and see how it would all play out. There’s also some underlying messages about consumerism and the consequences of living in a society where everything is disposable. Whether or not you see the twists coming, I think there’s plenty to take away from the story, and there’s also the lovable cast of characters.

Besides the story, the main attraction is the Ghibli-like art style. I can’t stress this enough — this is the closest I’ve come to playing an interactive animated movie. All the character animations are fluid, as every detail ensures a continuous flow. Whether Anne is walking, running, jumping, flying, landing or even being thrown by another character, it doesn’t skip a beat. Add to that a fully voice-acted script and an original soundtrack, and you might forget at times that you’re not simply watching a movie. I often had to pause in awe and just take in the scenery before moving on. If you decide to play this, I recommend curling up on your couch and plugging in some headphones. While it can certainly be played on your commute to work, I don’t think that would do the game justice. Give it the attention it deserves, even if it’s on your iPhone in bed before you drift off to sleep. 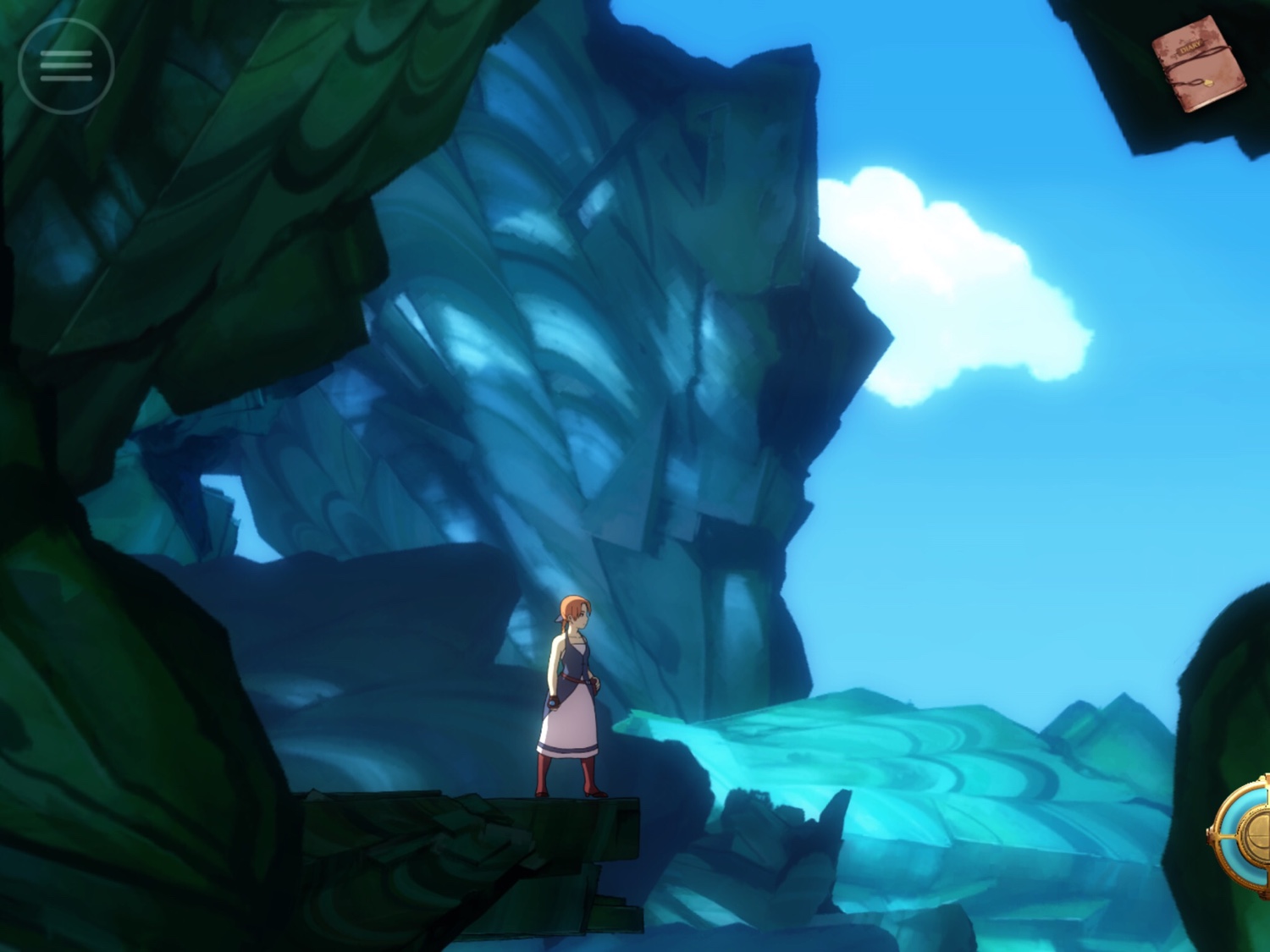 Gameplay wise, your time outside of the dialogue will be spent mostly running, jumping, some occasional platforming, and puzzles that usually involve the use of Anima. The screen is split in half, with the left side being for movement and the right side for jumping. Then there’s a red button to the right that only appears when there’s something to interact with. And, of course, your Arca at the bottom, with the wings trigger next to it. This works great on any device, even a big iPad, as you can hold it in the way that’s most comfortable for you and it doesn’t matter where your fingers land. The buttons are a little different, since they have specific placement, but there are no sections where you need to press a button with precise timing, so they don’t get in the way. The only one I found problematic was the wings, because I sometimes hit it by accident when I was trying to jump. But it’s a minor nuisance in the whole scheme of things. I was just really happy not to have to deal with a static joystick or jump button, especially on my big iPad where those can be problematic. Instead of staring at buttons the whole time, I could keep my eyes on the scene before me. Overall, the the controls were really well implemented for touch devices. And you can even hide the joystick if you don’t want it blocking your view of the gorgeous artwork. 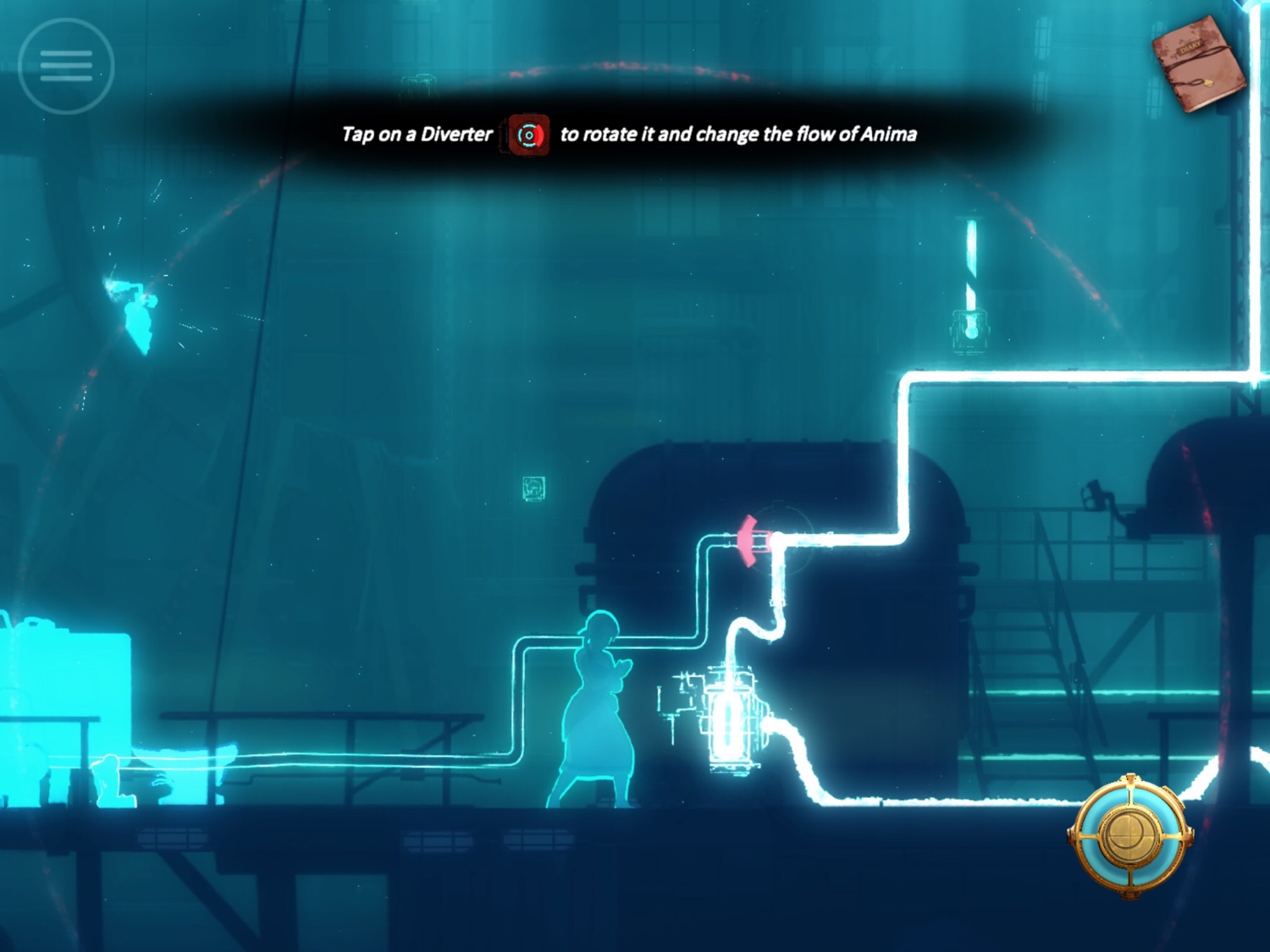 The most common use of the Anima is powering machinery so you can open doorways and other pathways. To enter Anima mode, you tap the Arca button at the bottom and it will pause the game. You now see a sort of ghost version of the scene around you, with Anima highlighted. If you need Anima and see some around you, just tap and hold to absorb it. If you want to then send your Anima to a machine to power it, you again tap and hold on it. Many machines also have Diverters, which change the direction the Anima flows. So if you need to power a specific switch, you may need to first divert some power over there. Your Arca needs to be full in order to control these, and that leads to some trickier puzzles later. But there’s no way to fail in this game, so the worst that can happen is you spend longer on a puzzle until you solve it. My favorite puzzles were those that involved doing something creative with the Anima that I hadn’t thought of before.

The iOS version of the game also includes bonus content in the form of concept art you can view after unlocking achievements. They could be related to a specific choice you made, reading a certain number of diary entries, or finding all the hidden mementos. I thought this was a nice touch, and it also offers some replay value for those who want to go back and try to find them all. Thankfully, the game offers a way to replay sections of the game so you don’t have to play through the whole thing again to find what you’re missing. And there’s also flawless iCloud sync, so you can play at home on an iPad and still play on your commute if you must. I’m even impressed by the battery consumption. I recorded my entire playthrough, in chunks of thirty to ninety minutes, and my iPad never got too hot and my battery never drained too much. I’ve had far less impressive games destroy my battery, so Forgotton Anne must have been optimized well to avoid these issues without compromising on graphics or audio. 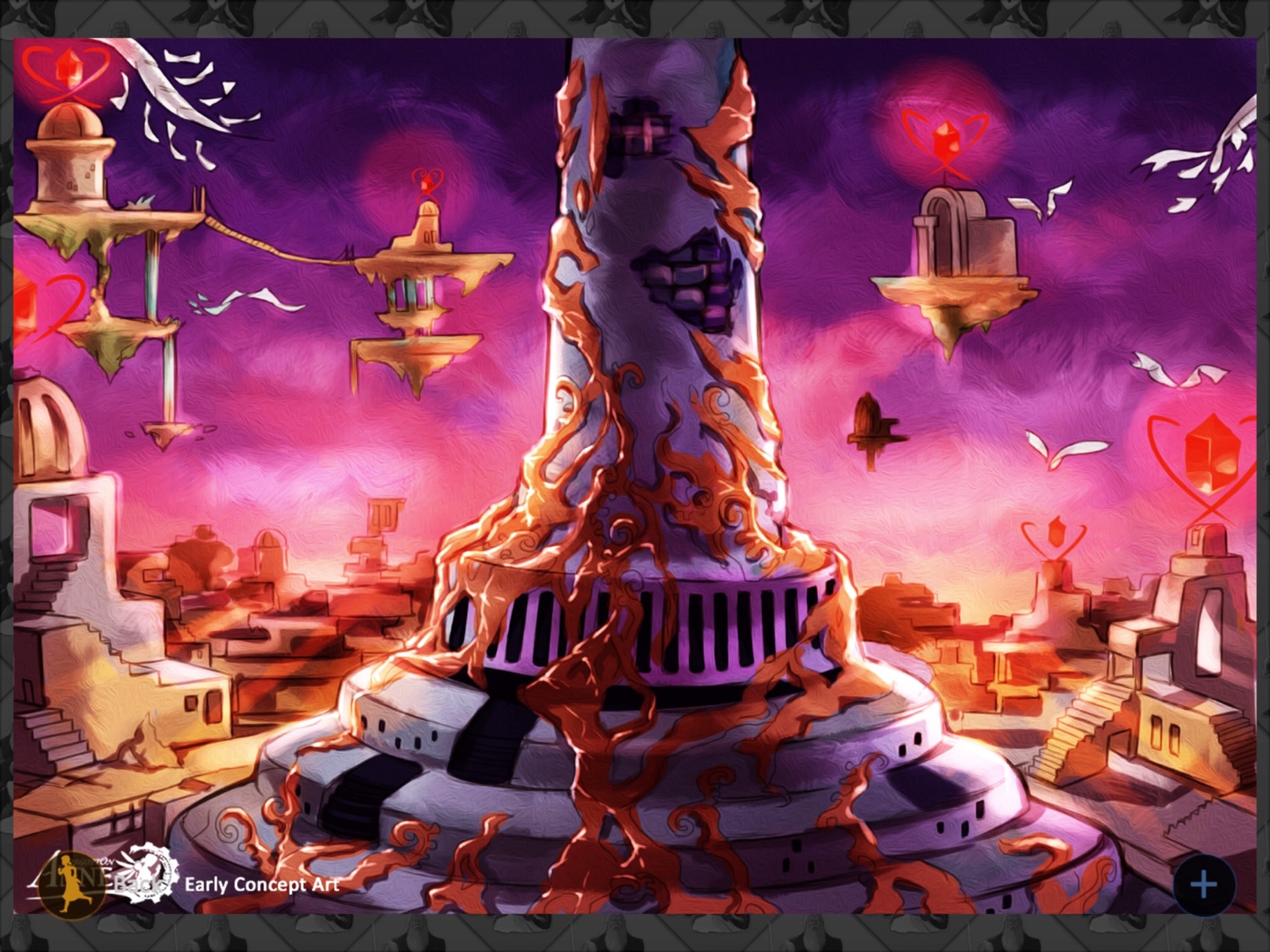 As much as I enjoyed my time with Anna and the Forgotlings, I do have a few minor complaints about the game. There were a couple of platforming sections that seemed out of place and unnecessary. One has moving platforms that you have to use to climb higher and higher. If you miss and fall, you have to start back at the bottom. There’s no enemies to fight and no way to die in the game, but I had trouble with a few of those sections — possibly due to the touch controls — and all they offered was frustration. They stalled my progress, even if briefly. They just didn’t seem necessary in a game that was mostly chill and didn’t rely on any reflexes. I still managed to get past those sections, but I think I would have enjoyed the game more without them. I also encountered a few bugs, some related to the controls and a nasty one related to the camera. But none of them prevented me from completing the game. I should also mention that the default settings don’t allow you to skip dialogue, so you should go in and change that to avoid having to repeat the same conversations you may have already seen. I missed that option and thought it wasn’t possible at all, so I’m glad it was my oversight and not the developer’s.

Overall, I had a great time with Forgotton Anne and would highly recommend it to Ghibli fans, or anyone who appreciates gorgeous, detailed animations. If you’re looking for a challenging puzzle game or platformer, this isn’t it, but be prepared for an interactive movie with light puzzle and platforming elements and I don’t think you’ll be disappointed. I know this is an experience I won’t soon forget. The game is also free for the first twenty or thirty minutes, with a one-time purchase to unlock the rest of the game. So you can try it out before buying. I think that’s a really fair monetization model and wish more developers would use it. So grab Forgotton Anne here and find out what happens to all your lost socks. You can also watch more of my gameplay videos below.