I try not to pay too close attention to games released on other platforms than iOS, because I don’t want to accidentally spoil myself in case they ever make it over. That worked out really well for me with FAR: Lone Sails, as I hadn’t even heard of it before its mobile port was announced. And while I was confused when I first started playing, it turns out that knowing nothing is the best way to experience the game. So with that said, feel free to skip my review and just play it on the platform of your choosing. It’s a short, intimate and memorable experience that reminds me of Playdead’s INSIDE but more relaxing and even meditative. The controls don’t scream “deigned with touchscreens in mind” but they’re perfectly usable and worth the occasional struggle in order to experience this masterpiece.

FAR: Lone Sails doesn’t have a single word in it outside the title screen and settings menu. Instead, you’re thrown into this post-apocalyptic desolate landscape and expected to mostly work things out for yourself. There are onscreen buttons for left/right movement, jump, and grab/drop. On top of that, you can pinch the screen to zoom in and out. And that’s it. Everything else is up to you to figure out. But for the most part, your goal is to keep heading right, just like with INSIDE, even if you don’t know the destination. The main difference here, though, is that you’re not just running. You have a trusty (but rusty) vehicle you can depend on, as long as you maintain it and keep it fueled. 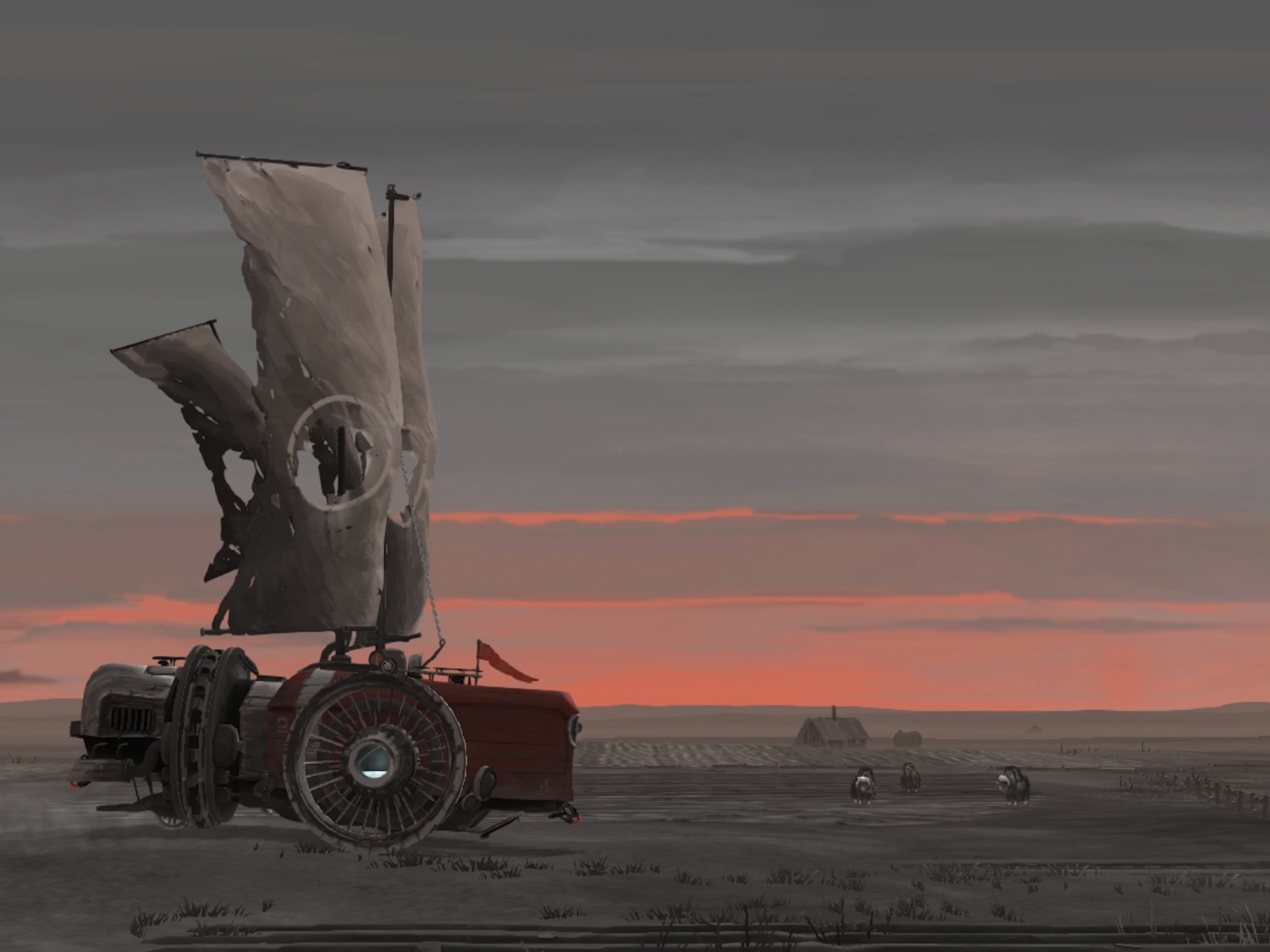 This vehicle is quite big in relation to your character, and that means you’ll be running around a lot inside it to perform various functions. There are buttons you can push either by walking into them or jumping up to hit them, as well as other tools you can grab and carry around. There’s even a little elevator that carries you to each floor. The machine is a gas guzzler, so you can’t just set it and forget it, but have to be on top of things to keep it moving. You can get in and out of the vehicle at will, and you’re often forced to do so either to pick up fuel you encounter or to help your vehicle past an obstacle. You’ll also upgrade it with new parts to aid you on your journey, including a set of tattered sails that help move it along on less gas. But all of this is done naturally, through solving light puzzles, not some silly menu full of upgrades to purchase. It might not seem obvious at first why you need certain tools, but each one is used at some point on your journey. You might even need to pull the vehicle at times, reinforcing that symbiotic relationship you have. 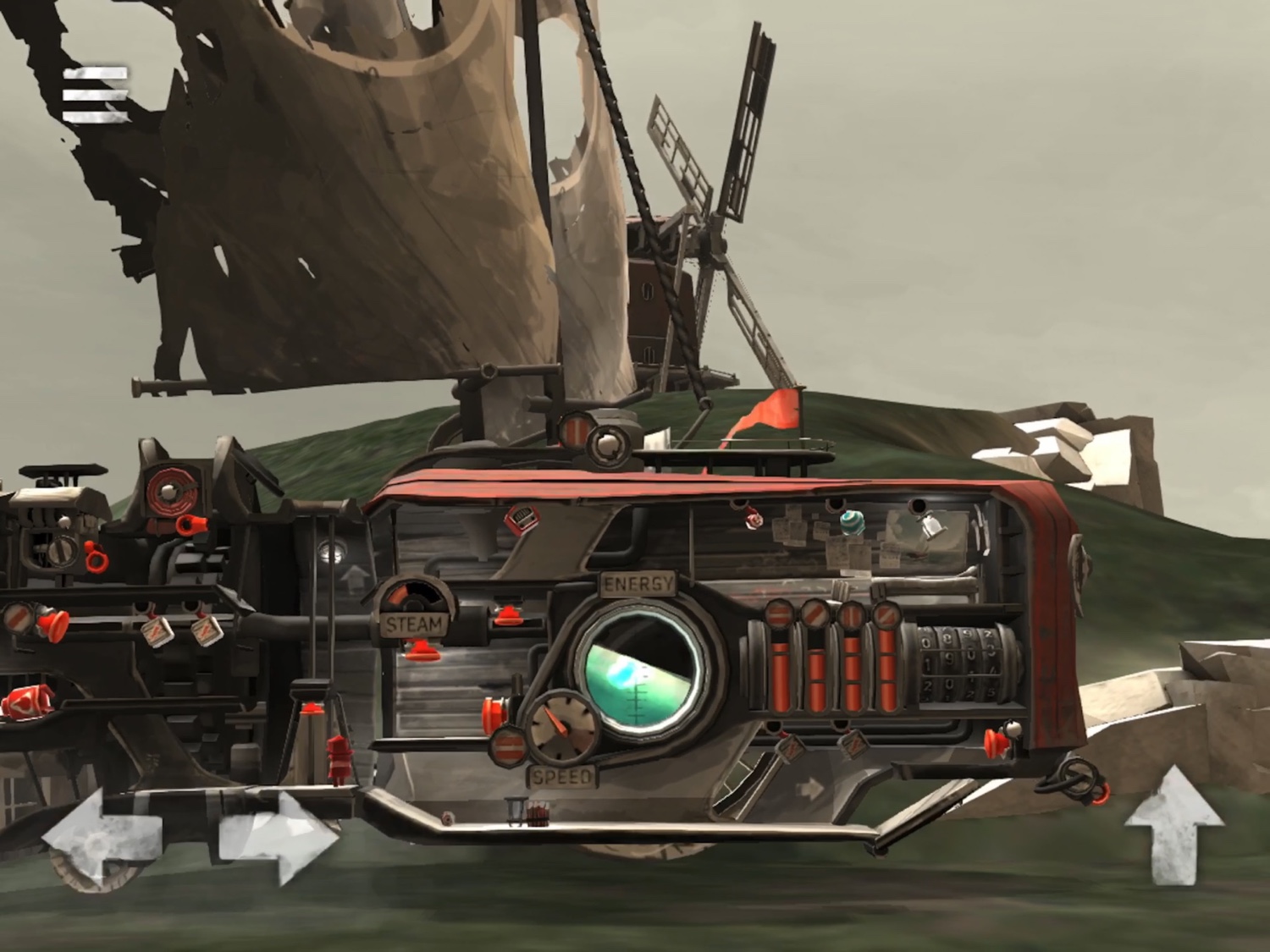 Once you get used to driving the machine, it becomes routine and even relaxing, but the game is always throwing new surprises at you in the form of hazardous weather or obstacles. It is possible to mess up and fail, but you’ll just be reverted to the last checkpoint, sometimes after an entertaining disaster. So even when things are a bit more stressful, it’s still a very laid-back game that’s more about finding solutions to problems rather than managing resources or testing your reflexes. Though FAR: Lone Sails only takes about three hours to play through, the length allows for frequent surprises without overstaying its welcome. I’m also considering playing it a second time to take in some of the scenery I might have missed while I was so focused on moving forward.

I loved pretty much everything about FAR: Lone Sails and could have played through it all in one sitting if not for other responsibilities. Each time I put it down, I couldn’t stop thinking about it and what might lie ahead for me and my rickety old vehicle. That said, the weakest link for me was the controls. I played through the game on my iPad and wish the controls could have been more touch-friendly, perhaps even allowing for direct interaction with tools and other objects instead of using the onscreen buttons. I understand that might not have been feasible, so I’m glad we were able to get it on mobile even with slightly clunky controls. However, I do wish the buttons weren’t so prominent. I appreciate that they disappear when you’re not touching the screen, but I would have liked to even make them mostly transparent all the time. The ability to move them would have also been nice, especially on my iPad. The game does have controller support that works great, but unfortunately the onscreen buttons are still visible when you use one. There’s also sadly no iCloud sync, but it does have a lot of checkpoints you can return to if you so desire. 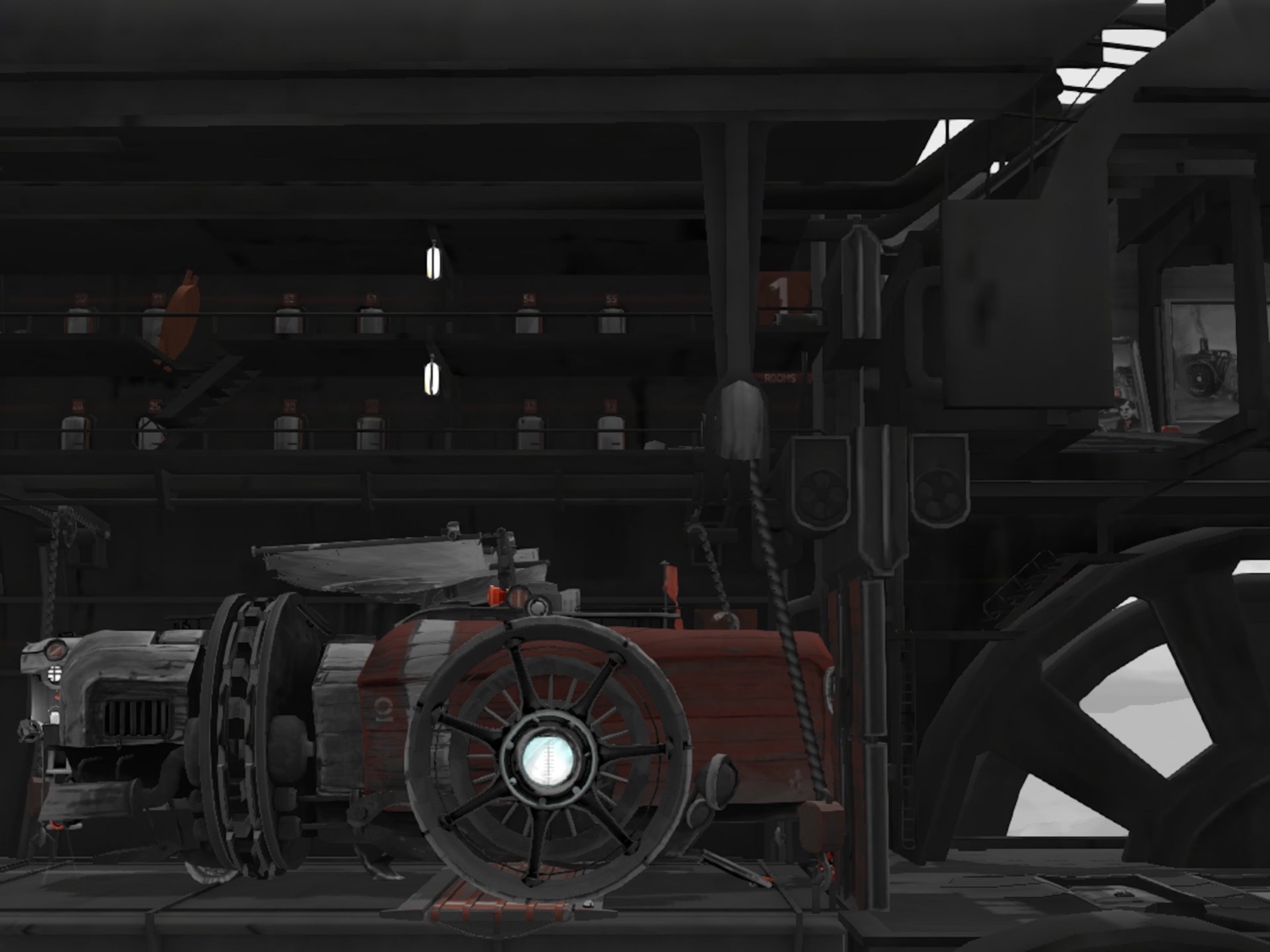 FAR: Lone Sails was one of the best surprises for me this year, as a game that I’d never heard of before and didn’t know I needed to play. But I can wholeheartedly recommend it to fans of atmospheric puzzle adventures that let you discover things on your own. The touch controls aren’t ideal, but they’re perfectly serviceable and worth the occasional trouble to play such a fantastic game on your phone or tablet. This is one game that’s a must-play for just about anyone. So don’t waste any more energy thinking about it. Just grab FAR: Lone Sails here and begin your journey through this mysterious desolate world.