I’m a big fan of Wales Interactive’s work, as they publish a lot of full-motion video (FMV) games and even port some of them to iOS. Still, I somehow missed the news about their dating simulator, Five Dates, until it was announced for iOS a few months after its PC release. I personally despise dating, but the idea of a game that tries to recreate the experience of online dating still appealed to me, the same way I enjoy hearing friends’ stories about bad dates. But there are so many ways a game like this could go wrong, so I kept my expectations in check. After all, it’s a game about one guy dating five women. As a woman, I was a little nervous about how the ladies would be treated. And it turns out that was completely unnecessary, because Five Dates respects all its characters and they come off as real people. So, despite hating actual dating, I enjoyed getting to know each and every one of them, though some more than others.

Five Dates takes place in London during the coronavirus pandemic and has you taking on the role of Vinny, a twenty-seven-year-old who finally decides to give video dating a chance after months on lockdown. With his friend Callum as his mentor, he tries to put his best foot forward and not make too much a fool of himself. First, you need to make a dating profile for him by choosing his occupation, interests, profile photo and more. The decisions you make will affect both the conversations between Vinny and Callum, as well as the dates. For instance, I gave him a creative profession in my first playthrough and he talked about how the lockdown hasn’t really changed his daily routine. In my next game, I gave him a career in education and he spoke a lot about online teaching during the pandemic. It’s a nice touch to see those choices play out in the story in a meaningful way. 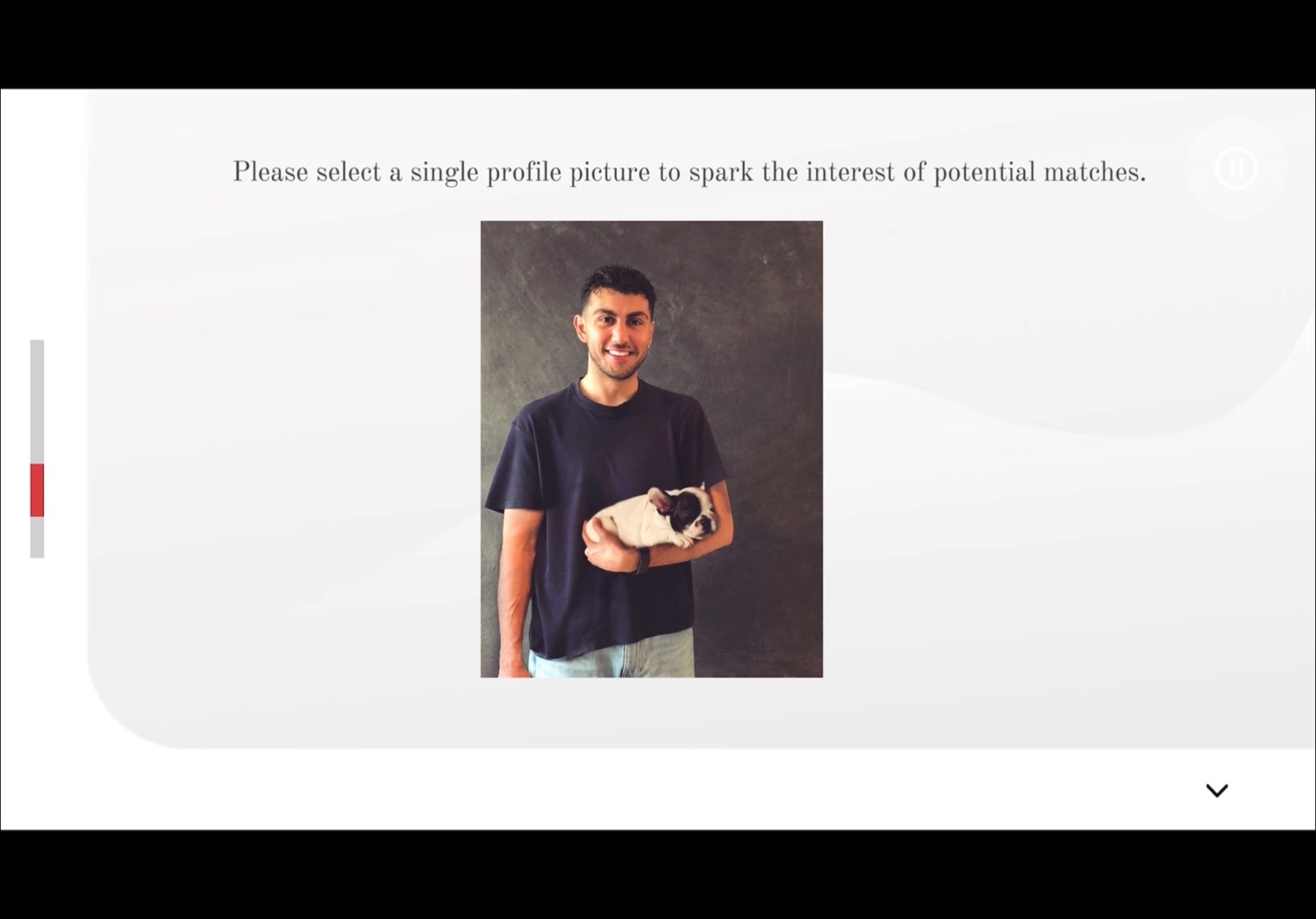 After you fill out his profile, you’ll get matched with five different women. You’re shown a single photo and a few short details with which to make your decision and then have to choose three that you want to date. You’ll then date all three, back-to-back. Even if all three go well, you have to pick two that you want to get a second date with. That’s just how the app works. I’m not sure if it’s possible to mess up so badly that one of the women will refuse to go on another date with you, as that never happened to me. But after the second dates, you need to choose which one you’d like to go on a third date with and potentially take the relationship beyond the app. Both times I played, I had at least one one date that I hit it off with and knew I wanted to continue dating. Though each woman reveals a rich story if you spend time with them, my personal favorites were Maya and Shaina because they were the most laid back and both had a great sense of humor, at least from my experience. 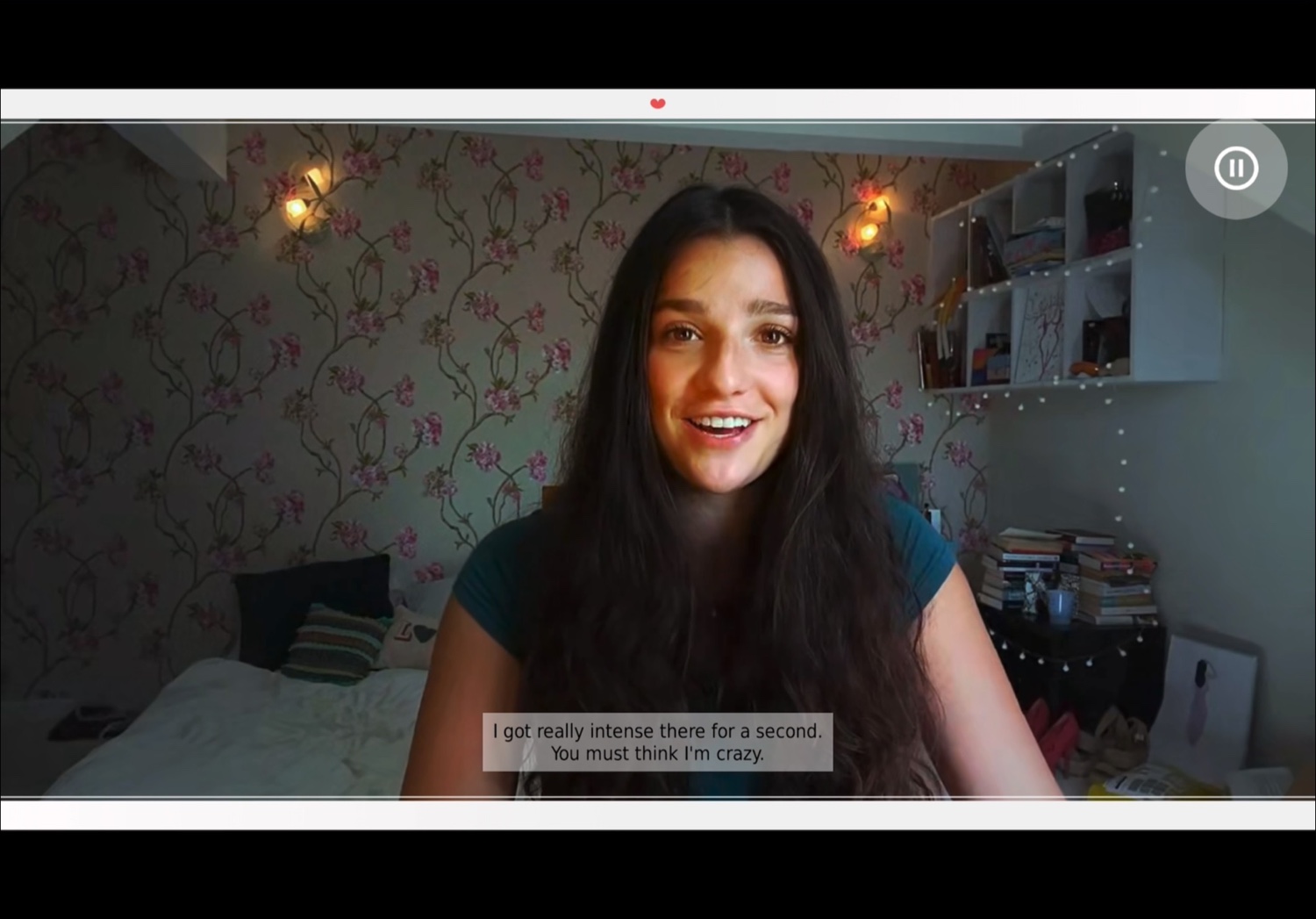 The game is intended to be replayed since you can’t even meet all five women in one playthrough. In fact, if you really want to see everything the game has to offer, you’d have to replay several times and make different conversation choices with each woman. Thankfully, you can skip scenes you’ve already seen to make it go faster. But I personally found it a bit awkward redoing the first date with Saffron the yoga instructor on my second playthrough since I already knew what answers she wanted. I decided instead to stick with the two dates that were new for me and be content with the experience I got and the successful or failed relationships. Part of me does want to know more about the women I didn’t get three dates with, but I personally find playing this particular game as a completionist less rewarding. All the characters came alive to me because it was like we were having real conversations where I would often be surprised by the answers. Replaying it just dilutes it and makes it feel like I’m manipulating them instead of having an honest conversation. I’m actually really impressed by that, as I don’t think I’ve ever been deterred from chasing alternate endings and achievements in a game in the same way. I think it says a lot about the writing and the acting that I rather walk away from the game than discover too much about its inner workings. 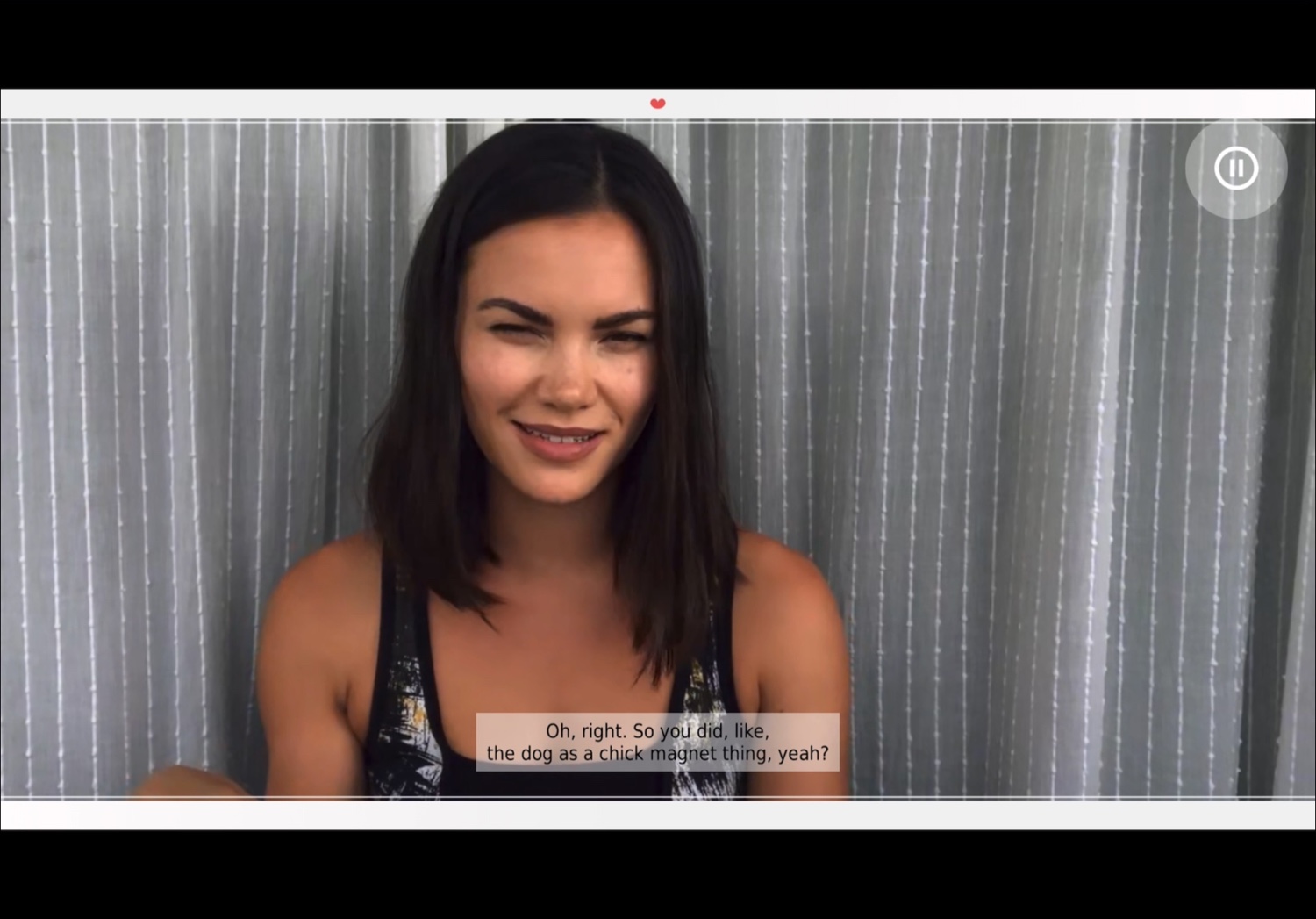 I’m also impressed with the way the game handles the pandemic as a setting. It’s part of some conversations — especially since one of the women is a frontline healthcare worker — but not harped upon. It’s a light-hearted game with some serious moments and can even be cathartic at times. It’s easy to relate to these people dealing with the same lockdown hardships but finding ways to keep sane. I’m also amazed by the timeline, since it’s about the pandemic and was originally released near the end of 2020, so it must have been made pretty quickly. But you wouldn’t know that from the quality. The writing, acting and the ease with which all the choices and scenes play off each other seem like they would have taken much longer to make.

If you can’t tell, I had a great time with Five Dates and would easily recommend it to anyone who likes interactive movies or choose-your-own-adventure games. It’s up to you whether you want to play it like a game and chase down all the endings and achievements, or you can play it more like a movie and just accept the results you get. Either way, I think it’s very worth playing and I wouldn’t even mind a sequel, perhaps of a woman dating five men or a mix of men and women? I’ll definitely be keeping an eye out for more games from Good Gate Media. So what are you waiting for? Download Five Dates here and see if online dating can work for you.