The Paris Dossier is the first game from developer Lexica Games. It’s a traditional first-person point-and-click adventure that takes place in a black-and-white film noire-style 1940s Paris during World War 2. You take the role of a British spy on the trail of a traitor working for the Nazis. It’s a game that has a lot going for it, but requires some patience.

The setting and story of The Paris Dossier are pretty unique, especially for the App Store. But what you’re really coming for in a game like this is the puzzles, so let’s talk about that. There’s a good variety here, ranging from very straightforward to downright tricky. Like most games of its ilk, you search around looking for clues and objects that you can use. You’ll have to decipher coded messages and and even get rid of evidence when necessary. I was able to solve most puzzles on my own, but I did end up using the in-game hints and answers a few times, as well as asking the developer when I was truly stumped. This was mostly because the game feels clunky and can make exploring a chore. 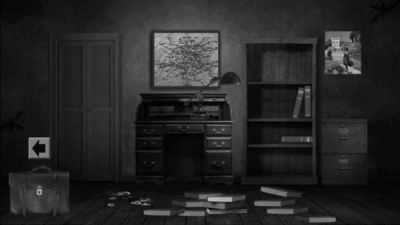 My main issue with the game is that it takes too long to load between screens. I’ve expressed this pet peeve of mine before, but it’s one of the biggest reasons I’ve given up on games, and I did come close to doing so on this one. I like to be able to explore quickly and freely in my puzzle adventure games. Otherwise I tend to get annoyed and use hints rather than have to go back through scenes to see if I missed something. The little spinning wheel in the corner quickly became my nemesis. But the game was interesting enough that I decided to push through, using some hints when my patience ran dry. 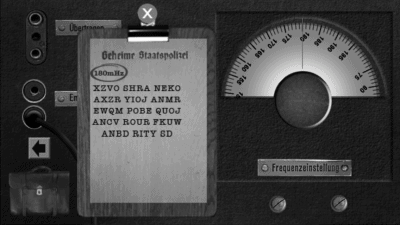 The other thing that became an issue was that the game has trouble determining when you’re tapping on a button or object that overlays something else. For instance, the first chapter takes place in an apartment. Most of the rooms have a dresser full of drawers. To look through these drawers, you tap on the dresser and it gets zoomed in on an overlaying image. You can then tap on the drawers in this floating image. But if something else is behind that drawer, like a doorway, you may end up accidentally leaving the room. It can also happen with, say, a painting you tap on to see in greater detail. This even happened to me with the menu button, which can be reached through the inventory. Sometimes I would try to get to the menu, but instead would change rooms and have to wait for the screen to load a few more times as I make my way back to where I was. Again, this would have been less of an issue if the loading times between screens were much faster. But the two issues coupled together may be too much aggravation for some players to deal with. 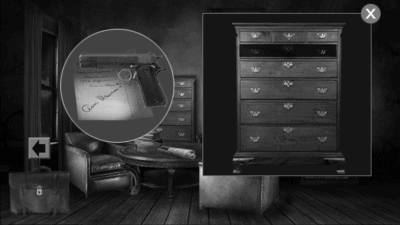 As for visuals, I rather liked the black-and-white theme, although I don’t recommend playing in broad daylight if you want to be able to see everything. Also, the game is not optimized for iPads, so I chose to play on my iPhone. It seemed a bit blurry on my iPad Air 2 and I also didn’t like having the black space above and below the game. It’s certainly playable on iPad, but I would recommend a smaller screen in this situation.

If you’re not sure whether you’d enjoy the game, you can play the entire first of four chapters for free before deciding whether to spend the money on an in-app purchase to unlock the rest. The puzzles do get more challenging and the second chapter, the park, can be a bit disorienting, since the navigation is a bit weird. You have a map to use, but it took me a while to get used to it since the “back” button turns you around instead of having you walk backwards. It makes sense logically, but can be a bit confusing in relation to how the navigation works in the rest of the game. Still, it’s a fun chapter if you don’t get lost too easily. The final chapter has the trickiest puzzles, where you have to use an Enigma machine to decode messages. The buttons can lag sometimes, but the puzzles are clever and should provide a decent challenge. 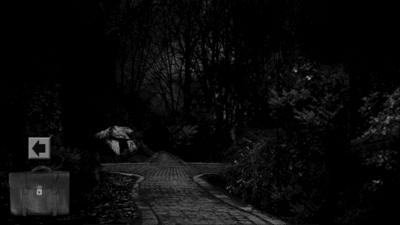 If you like point-and-click adventures or puzzle games, I recommend downloading The Paris Dossier and giving it a try. You have nothing to lose and it’s a pretty good bet that if you enjoy the first chapter and don’t get too frustrated with its flaws, that you’ll like the rest of the game. So what are you waiting for? Download the game here and give it a try.

If you’re already playing and need some help, try my complete step-by-step walkthrough.

I Am Dolphin: iOS Gameplay Videos

The Hunt for the Lost Ship: Complete Walkthrough