I really wanted to love French developer Bento Studio’s narrative puzzle game, unWorded. The idea sounded intriguing — forming images out of letters. The first few seconds of the game had me thinking, “wow this is going to be something special.” I could barely contain my excitement. I mean, just watch the opening scene in the video I made below. There’s a face that explodes into letters. It’s provocative. It set my expectations soaring. And then shortly after, everything fizzled. Unfortunately, this is a game with a unique idea that suffers from poor execution.

This is mainly a narrative game, and the story is about a man who’s in an accident and ends up in the hospital. It turns out he’s a writer, and we get snippets of dialogue between him and his wife spliced into the stories he’s written. There are five short books, with the first one being more of an introduction. The other four books consist of mostly words, with about eight puzzles throughout each. The puzzles usually involve dragging letters and punctuation around to form an object. There’s always a rhyming couplet at the top that offers a clue as to what you should be making. For the most part, these clues work, but the end result is — more often than not — uninspired. I wanted so much for this game to elicit some emotions from me, but it’s hard when you’re creating objects like a shopping cart or an airplane, and usually out of very few pieces. The game gets a little more creative in the last two chapters, but by then it had already lost me. 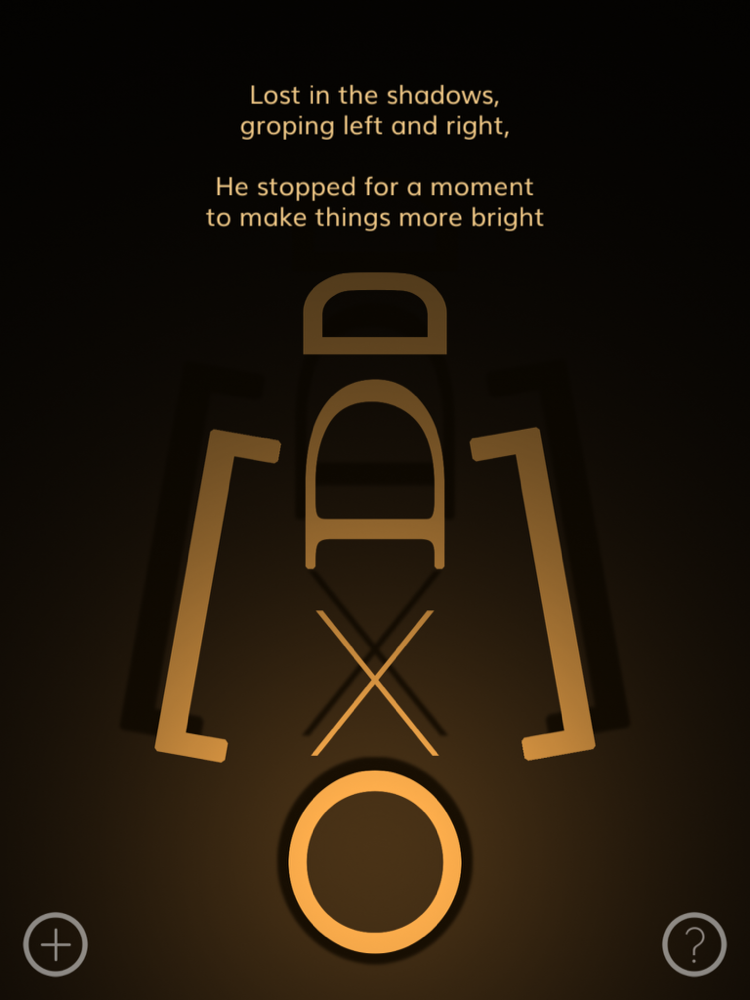 There are a lot of words in this game, which is perhaps a little ironic for something called unWorded. The clues for each puzzle usually feel forced into their rhymes, while the rest of it tries to evoke sadness with its story about an injured man lying in a hospital bed. But I never felt moved by it. I was much more affected by the wordless game, Gemini – A Journey of Two Stars, by Echostone Games LLC. Mainly, the words here are too pretentious. They try too hard to make me care and to seem deep and profound. It also doesn’t help that the characters have no names, represented simply as Him and Her. It’s probably an attempt to turn them into the Everyman, but instead of seeing myself or someone I know in them, I just see empty shells. The woman keeps yelling “Darling” at her husband while she’s panicking over him. I can’t imagine having a sick loved one and not using their name to address them. This made the whole story feel like some cheesy old TV show where the parents call each other “Mother” and “Father.” And yet, other times, the husband is cursing at his wife like he’s just a regular guy who’s in pain. For a game that’s centered around its writing, it needed to be more sincere, more consistent, and less cringe-worthy to make me actually care about these people. 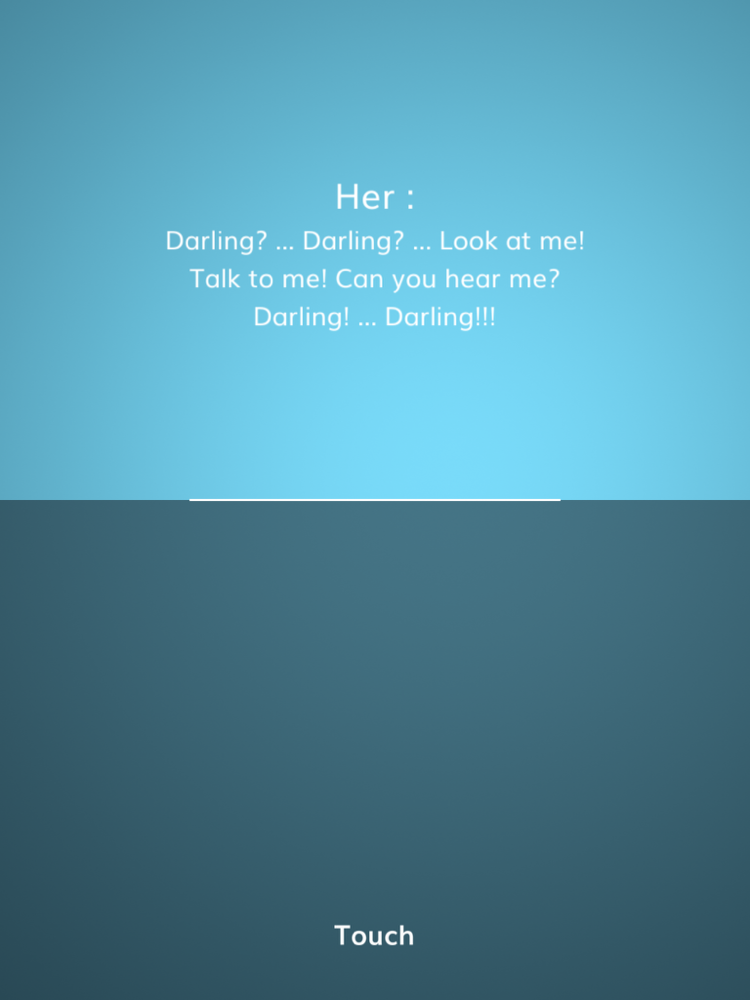 Another thing that bothered me was that it kept telling me to “Touch” the screen to continue. This happens from the very beginning of the game and never lets up. It’s insulting that it thinks I need a constant reminder like this. I could understand if after a couple of minutes of inactivity it might nudge you. But this prompt appears merely a few seconds after the words appear on the screen. It doesn’t even give me a chance to read them before telling me to touch. It’s distracting and cheapens the game even further. 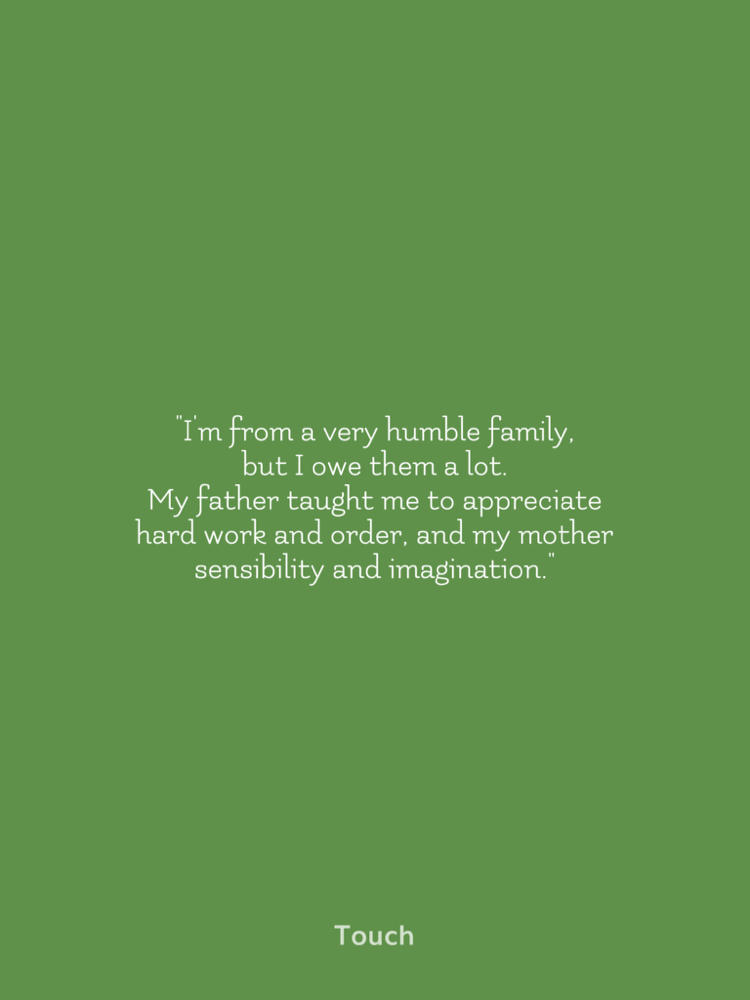 Now, don’t get me wrong. It’s not all bad here. unWorded does do a few clever things. Just not enough to recommend playing through the whole game to get to those parts. For instance, there are some stylish animations scattered throughout, using letters as water or gas. I loved those effects, but they were few and far between. I’d love to see a game centered around those. They also play around with light and shadow closer to the end of the game, and even shake up the puzzles a bit. But there’s too much to slog through to get to the interesting bits. 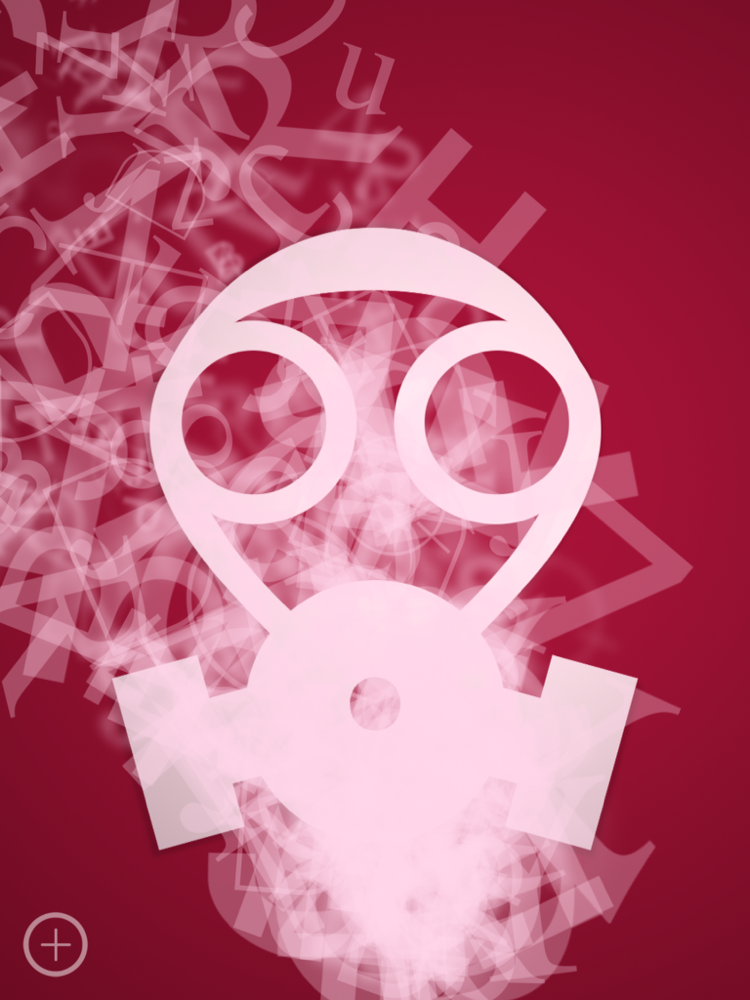 I do appreciate that the game has a very user-friendly hint system that just tells you which pieces you have positioned properly. This allows you to make adjustments without cheating to get the whole answer. However, it’s not without its problems. There was one puzzle in which it told me only one piece was out of place, when in fact several needed to be moved in order for it to accept the answer. I had to get the solution from the developer because I couldn’t understand what I was doing wrong. My image looked like the item it wanted, but not exactly what it was expecting. This was an odd puzzle, though, because most of the time the game is very generous and lets you get the general shape of it without being too exact. Also, you can skip any of the puzzles and come back to it later so you’re not stuck staring at the same screen forever. I appreciated that, as there were a couple of puzzles that were less than obvious and I used the skip button in those rare occasions. 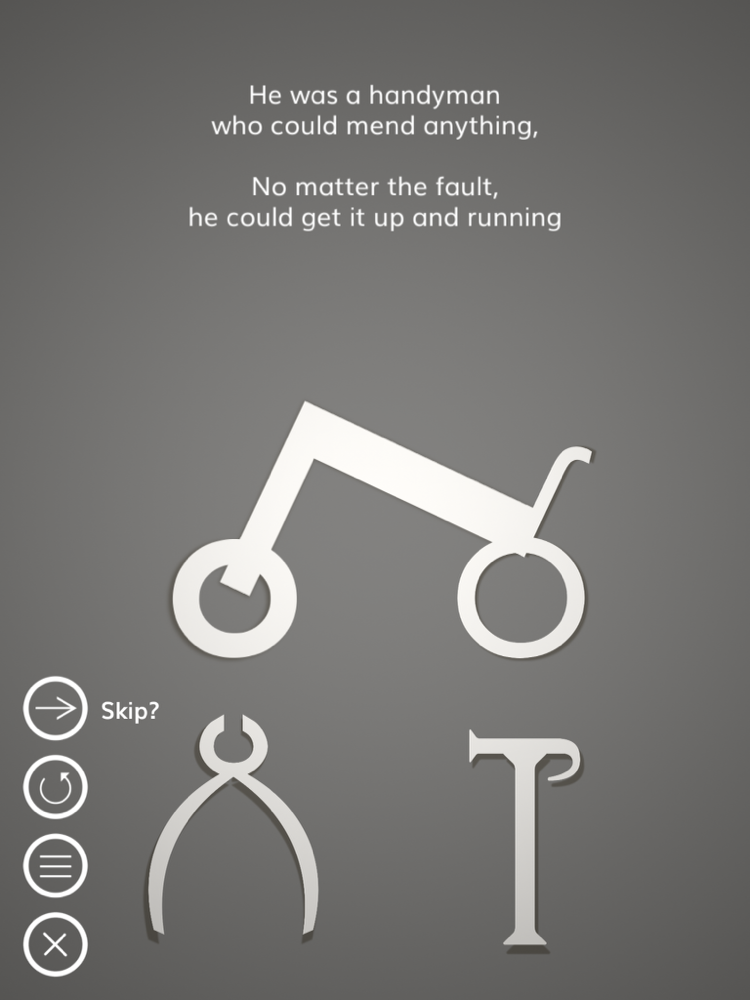 Unfortunately, I can’t in good conscience recommend unWorded. This is one of those instances where good intentions just aren’t enough. I can see some love went into the game and I like what they were going for here. But neither the writing nor the puzzles are compelling enough to carry it. As much as I wanted to love it, I was relieved when it was over and ready to move on to something else. Despite this, I would still look out for the developer’s next game, hoping they learned something from this one, as I do see a lot of potential. If you still want to give the game a chance, you can download it here.