Vignettes, Pol Clarissou’s and Armel Gibson’s “toyish surprise-o-rama,” is a game I’d been looking forward to for a long time, though I wasn’t sure how much of a game it would be. I liked the idea of shapeshifting objects, but I’ve played other toy-like pieces of interactive art that didn’t offer enough challenge to feel like a game. So I kept my expectations low. But I’m happy to say that Vignettes is very much a game and that I will fight anyone who says otherwise. At first glance it might seem like you’re just playing around and rotating objects with no real goal in mind. But there’s quite a bit hidden below the surface. 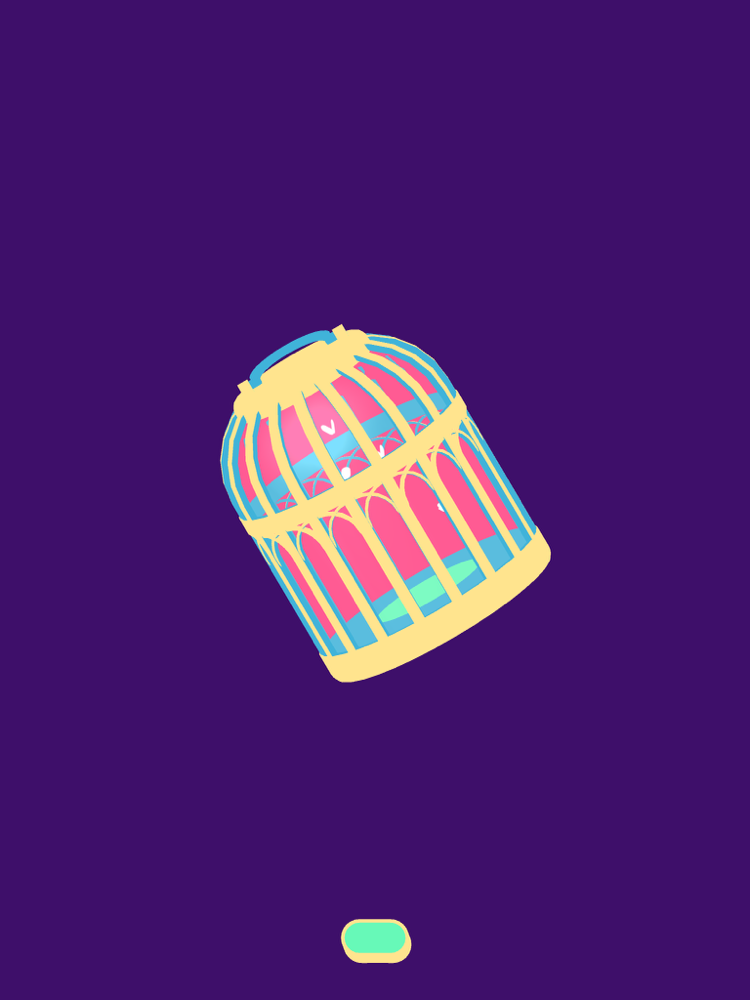 The way the game works is that you have a single object floating in the middle of the screen. All you do is swipe to rotate it and sometimes tap for other interactions. But when you rotate it, something magical happens — if you spin it at just the right angle, it will morph into another object. To make this work, most of the objects are simplified, without any outlines, and reduced to just a few colors. So, for example, if you turn a telephone to its flat yellow side, it will transform into a pot, which can then turn into a television. I think of it almost as a reverse Shadowmatic, because instead of looking for a real object in an abstract form, you’re trying to reduce a more intricate object to a simple, smooth shape that might be able to turn into something else. It’s a very tactile experience and all happens seamlessly and fluidly, so you will likely find yourself swiping back and forth between two different objects, wondering how it all works.

It’s true, you’ll unlock much of the game just by playing around with things, not really having to think too hard about them. But eventually you will hit the point where you’re missing some objects and need to work out how to access them. The game does give you some guidance so you know how much progress you’ve made. There are picture frames that show you how many objects you have left to find in a certain area. And there are maps that show you how many more objects that specific item can turn into. There’s also a treasure chest that holds a few specific items that you find, which act as shortcuts. These are all easily accessible through a menu that you can open at the bottom of the screen. But you likely won’t pay too much attention to these until you start hitting a wall. I didn’t even truly learn the patterns and connections between all the different items until I had already completed the game. It was on my second play-through that I spent the time to work out how I could find any object I’m looking for.

Things get even more interesting when you realize how some items can be changed so they lead to new items and new branches which might get you to that one object that’s been eluding you. And how different items are interconnected. And even after you’ve found all the objects, the game has other secrets for you to find, some of them incredibly clever and satisfying to discover. I really can’t say much more without spoiling the fun of the game. It’s something you need to experience for yourself. But the hunt for those last few objects, as well as the hidden secrets, are what elevate Vignettes from a playful toy to a genuine puzzler. 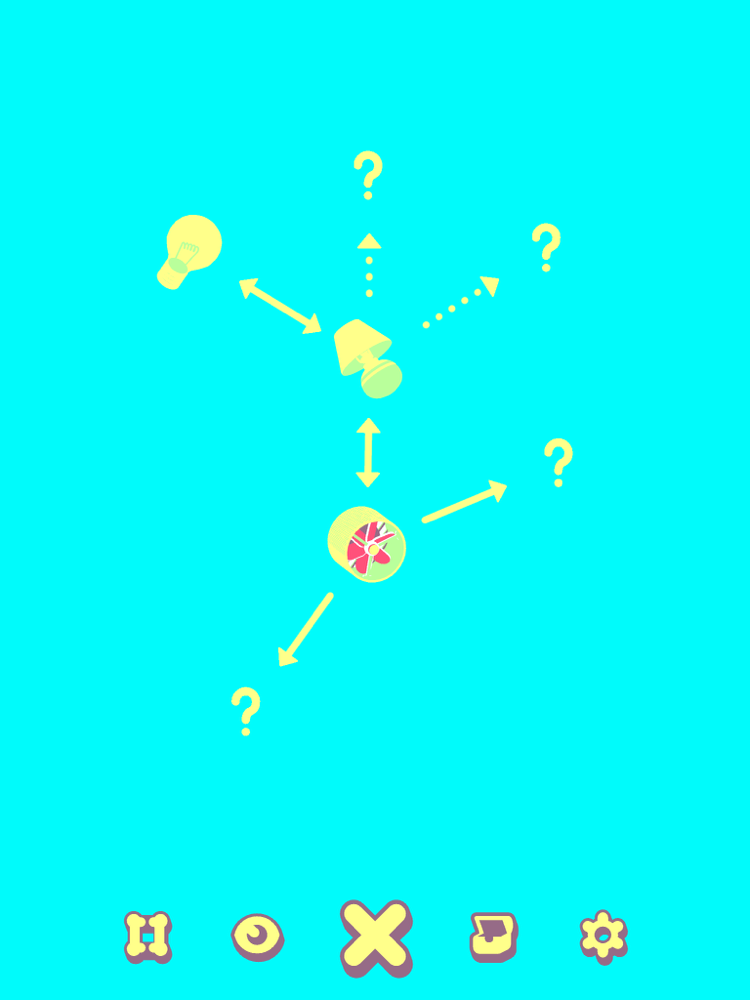 I do have some minor complaints that didn’t ruin my experience but I wouldn’t mind seeing improved. First off, I encountered a bug that I wouldn’t have realized was a bug if I didn’t contact the developer about it. It can ruin some of the fun if you bump into it, but I was told that they believe they found the problem and will have the fix in an update. (Edit: The game has been updated and I think this bug has been fixed.) It also would have been nice to have landscape mode on iPad, especially since it’s coming to PC in the future. By its current iteration is really meant for iPhone anyway and plays great as a one-handed game. You don’t need a bigger screen.

And one other thing that bothered me is that the bottom menu disappears if you access the chest of items. On more than one occasion, I’ve tapped on the chest icon accidentally and then had to find my way back to the object I was in middle of looking at. I get why this was done, for aesthetic reasons. But it became a bit of a nuisance when I was still trying to figure out the connections between all the items and couldn’t easily find my way back to one. Hopefully this is something that can be fixed in an update, as it seems like unnecessary frustration. 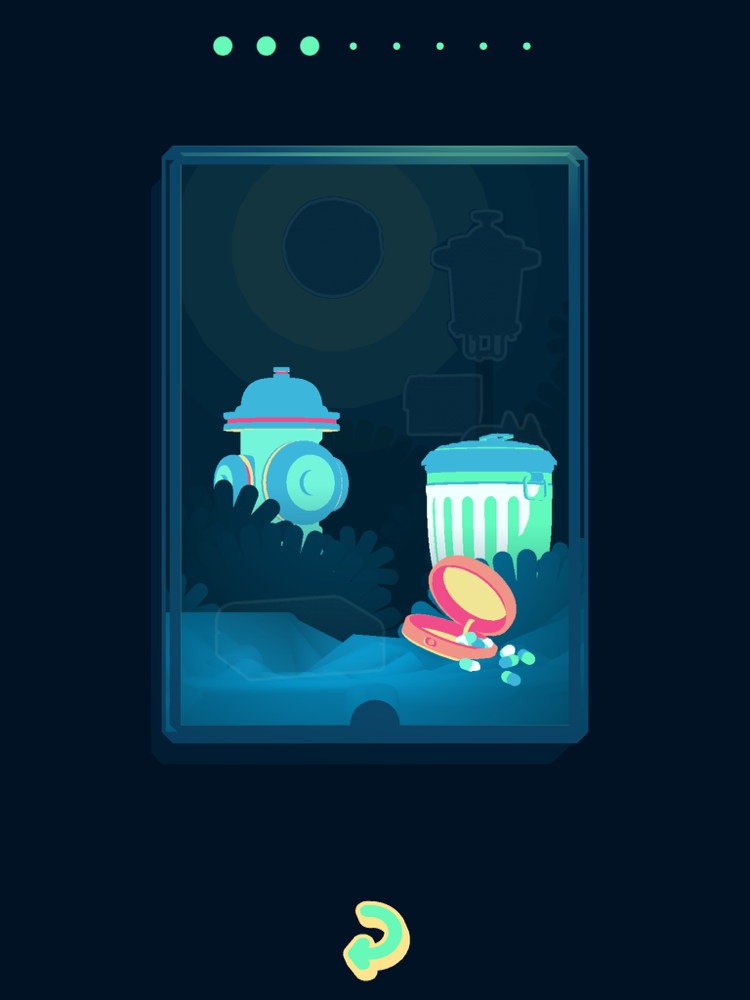 The game is on the short side, and I was disappointed that there wasn’t more of it. But some of the secrets take a bit of work to find, so it should provide at least a couple of hours of entertainment. Despite its length, it’s still a solid game with room for future content, and the developers are already working on some that will be released as updates when the game is ported to Android and PC. I don’t want to speak ill of Carl Burton’s ISLANDS: Non-Places, but this is kind of what I was hoping that would be — a playful toy with puzzle elements, instead of just interactive art. Vignettes is basically everything I was too afraid to expect from it. If you skip this one, you’re missing out on something so special and so magical. Do yourself a favor and download the game here.

Check out my interview with the Vignettes developers here.