You might know Maciej Targoni from his games HOOK or klocki, both minimalistic puzzlers that have no instructions and count on you figuring things out through experimentation. Michal Pawlowski also released a puzzle game called Zenge, which similarly doesn’t hold your hand but is relaxing and never punishing. Considering how much these games have in common, it makes sense that the two developers have now teamed up to create a new puzzler called PUSH.

As you might guess from the very non-Google-friendly name, “PUSH” is all about pushing buttons in the right order until all the buttons are pressed. With its realistic graphics and tactile feel, it’s perfect for touchscreens, since pushing buttons is a very natural thing to do with your fingers. I don’t want to talk too much about the mechanics, as part of the experience is learning how things work for yourself. I will say that it starts off simple, but gets trickier as you progress, like all good puzzlers should. At first you’re just looking for same-type buttons like triangles, but then mechanics are added that ask you to rethink what you already know. Numbered buttons and colored buttons force you to consider the order in which you press. If you mess up a sequence, you’ll have to start it over, so you can’t just wildly push buttons hoping to solve the puzzle. There are also buttons and switches that rotate and move pieces around, making things a bit more complicated. You may need to rearrange things so you can see a button that was previously out of sight.

If you’ve played the developers’ other games, you shouldn’t be surprised that it’s a fairly short game, totaling in at sixty-five levels with a number of simple ones. There are also a few levels around the middle of the game that have awkward, clunky controls, leading to some tediousness. But once you get past those, the game really opens up. Even if you’re finding that it gets off to a slow start, I implore you to stick with it, as the second half does some really interesting things. All the earlier mechanics come together to make for some pretty tricky puzzles. I wouldn’t mind seeing more of those later levels in the future as a content update. 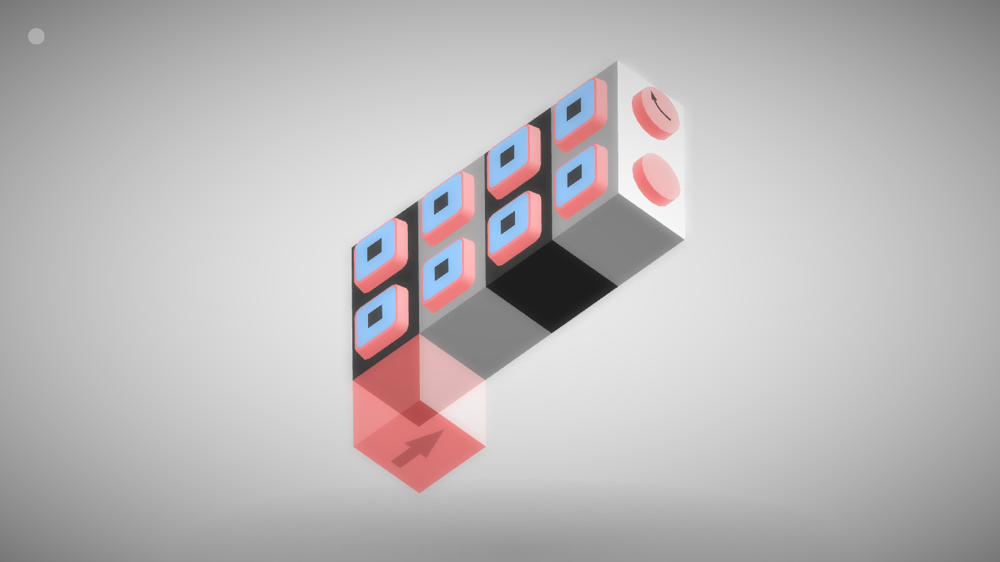 “PUSH” borrows the same layout as Targoni’s games, with no menu or level selector. You simply play each level in order and then can use the arrows to go back to previous ones. I like the minimalism, but wouldn’t mind having levels numbered with a menu to choose them from. But that’s a minor quibble and the game’s short enough that it shouldn’t be much of an issue. It also doesn’t have iCloud sync and, if you have two devices, I would recommend playing on a bigger iPad to minimize the chance of your fingers hitting the wrong button. I played through it on my iPhone and it’s fine on there, but I did occasionally mess myself up with my large thumbs. 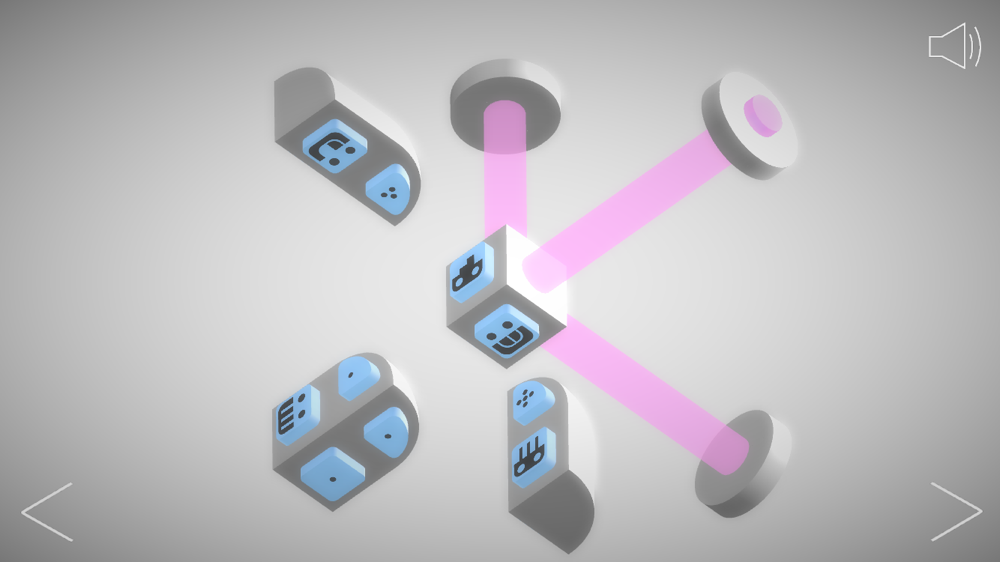 Overall, “PUSH” is a solid little puzzle game if you’re looking for something different to distract you for a couple of hours. While not every level or mechanic is interesting, I think the second half of the game makes it well worth the low entry price. If it sounds good to you, you can download the game here.

And if you’re stuck, try my “PUSH” walkthrough here.