Tick Tock: A Tale for Two
By: Other Tales Interactive

None of my local friends are really into playing video games, so my gaming experiences are usually private — if you don’t count the fact that I record and upload them to YouTube. While I enjoyed Runescape and some lesser-known massive multiplayer games as a kid, these days I prefer to just chill on my couch with my iPad in my lap, not having to deal with other players. I also obviously play a lot of games on my iPhone on-the-go. So when local co-op game, Tick Tock: A Tale for Two, was announced, I was intrigued but also somewhat skeptical. I knew it would be a hard sell for my closest friend who never shares my enthusiasm for games. But I still loved the idea of cooperatively solving puzzles, and the game’s hand-drawn artwork also grabbed my attention. So I found a fellow puzzle fan to play with remotely over voice chat, and was surprised by how much I enjoyed it. After finishing it over a couple of sessions, I’m thirsty for more.

What makes Tick Tock so unique is that it’s an adventure game that you can’t play through on your own — well, unless you have two devices. When you boot it up, you have to choose whether to be Player 1 or Player 2. Whichever you pick, you need to communicate with someone either in person or over the phone who’s playing as the other. You’ll each see different things on your screen and have to describe them to one another. For instance, Player 2 might have some books that explain how Player 1 can repair a pocket watch. Player 1 can’t see the instructions and Player 2 can’t see the watch. So clear communication is key. Sometimes, you might need to share each other’s clues to solve the same puzzle on both screens. I had never even heard my friend’s voice before, as we only ever talked through Twitter and email. But we quickly got into a groove where we were asking each other the right questions and moving swiftly along. Anytime we got stuck, it was because we were overthinking things, assuming the puzzle had to be more intricate than it was. It was never the game’s fault, only our own brains overcomplicating things. 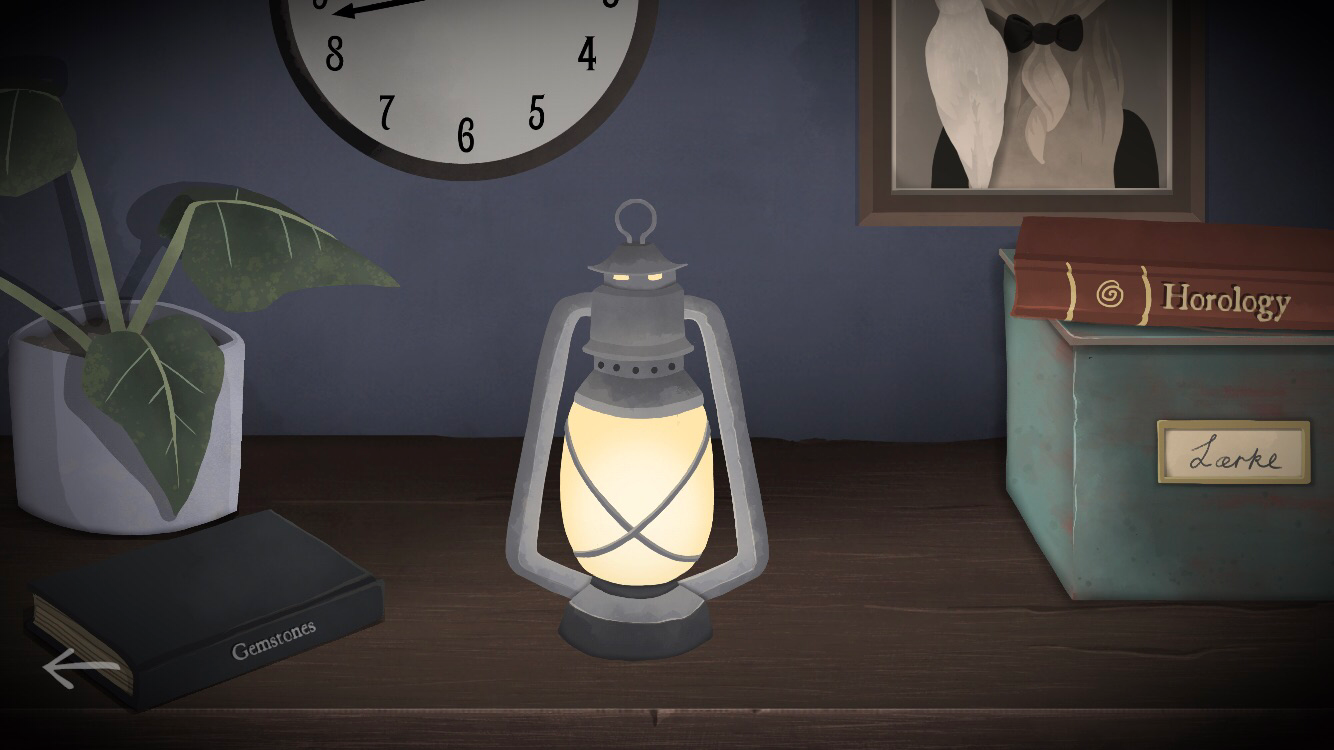 Tick Tock isn’t just a one-trick pony, thankfully. It would be much easier to design a straight puzzle game where both players work together. But Other Tales Interactive went the extra mile to make sure the puzzles are interwoven into a proper adventure game with its own twisted world. There’s a dark story about two sisters named Amalie and L╬ô├╢┬úΓö¼┬¼rke Ravn. You’re sort of retracing their footsteps to find out what happened when L╬ô├╢┬úΓö¼┬¼rke went missing years ago. The story is given in bits and pieces, just like everything else, split between both devices. Often, entire paragraphs are split up with Player 1 getting half a sentence and Player 2 getting the other half. It’s an interesting way to encourage communication, but it also means that if you’re not paying close attention, you could miss details about the story. Thankfully, it’s not super complicated, but if you don’t wish to play a second time, it might be worth writing everything down. There are also some clues hidden inside story text, so it’s doubly important to take notes. This game actually got me out of my comfort zone, as I was writing notes almost the entire time. Usually I can just rely on screenshots, but that’s impossible when I can’t see the screen! 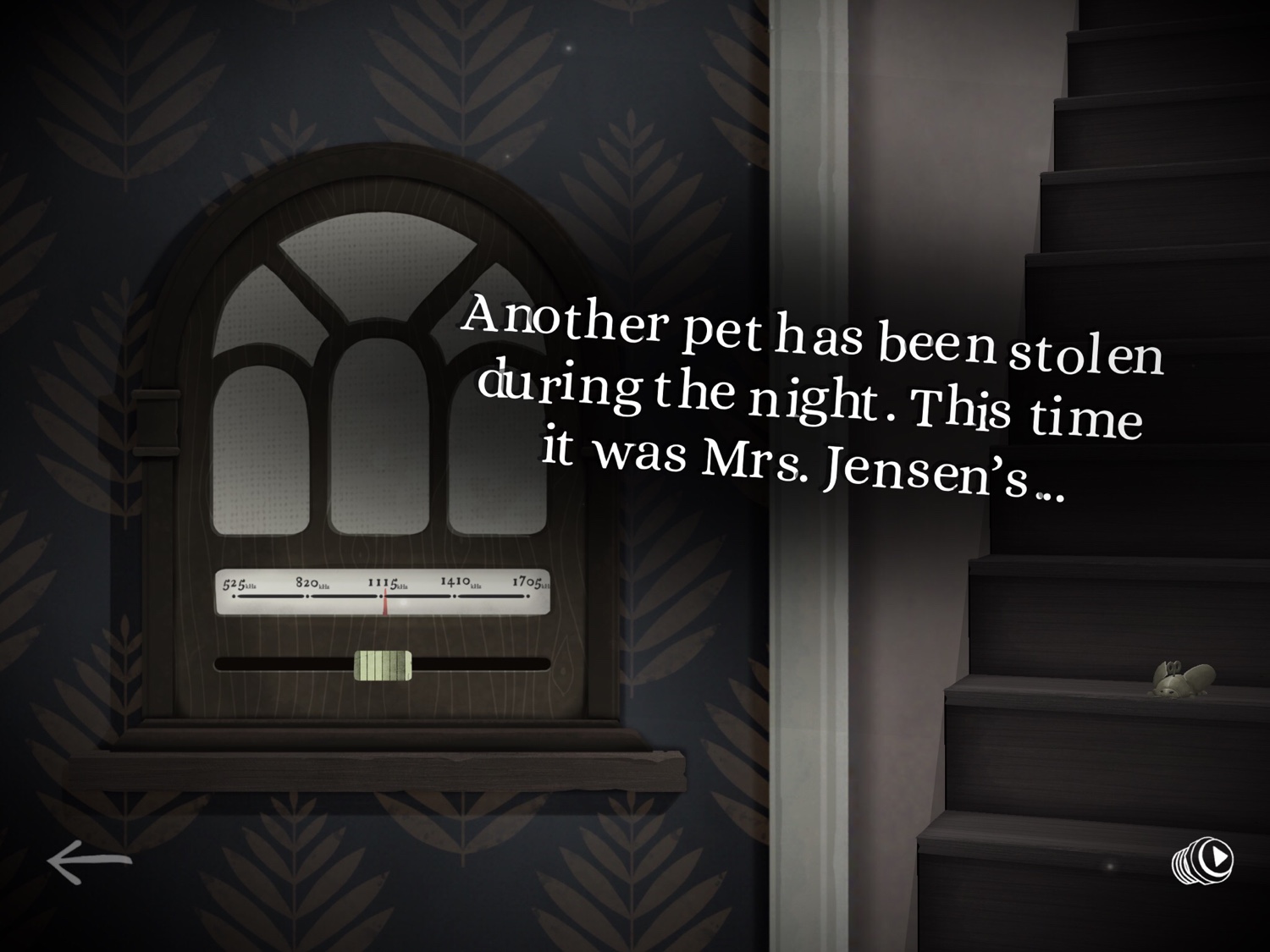 The world you’re thrown into is small, with only four locations that change as you travel through time with each of the three chapters. You start in the center and swipe to look around you, then tap on a location to enter. Despite the game being available on PC and other platforms, it feels perfectly designed for touchscreens. Having a tight world like this allows for easy communication, as you can just tell your partner, “I’m about to enter the post office.” There’s also never a huge amount of backtracking if the players split off to explore different buildings. But even more important, it enables the developers to implement some really interesting mechanics that could only work the way they do because the world is so small. I don’t want to say more, as it would spoil the fun of discovering it for yourself. But there’s an overarching theme of time that weaves its way into every corner of the game. 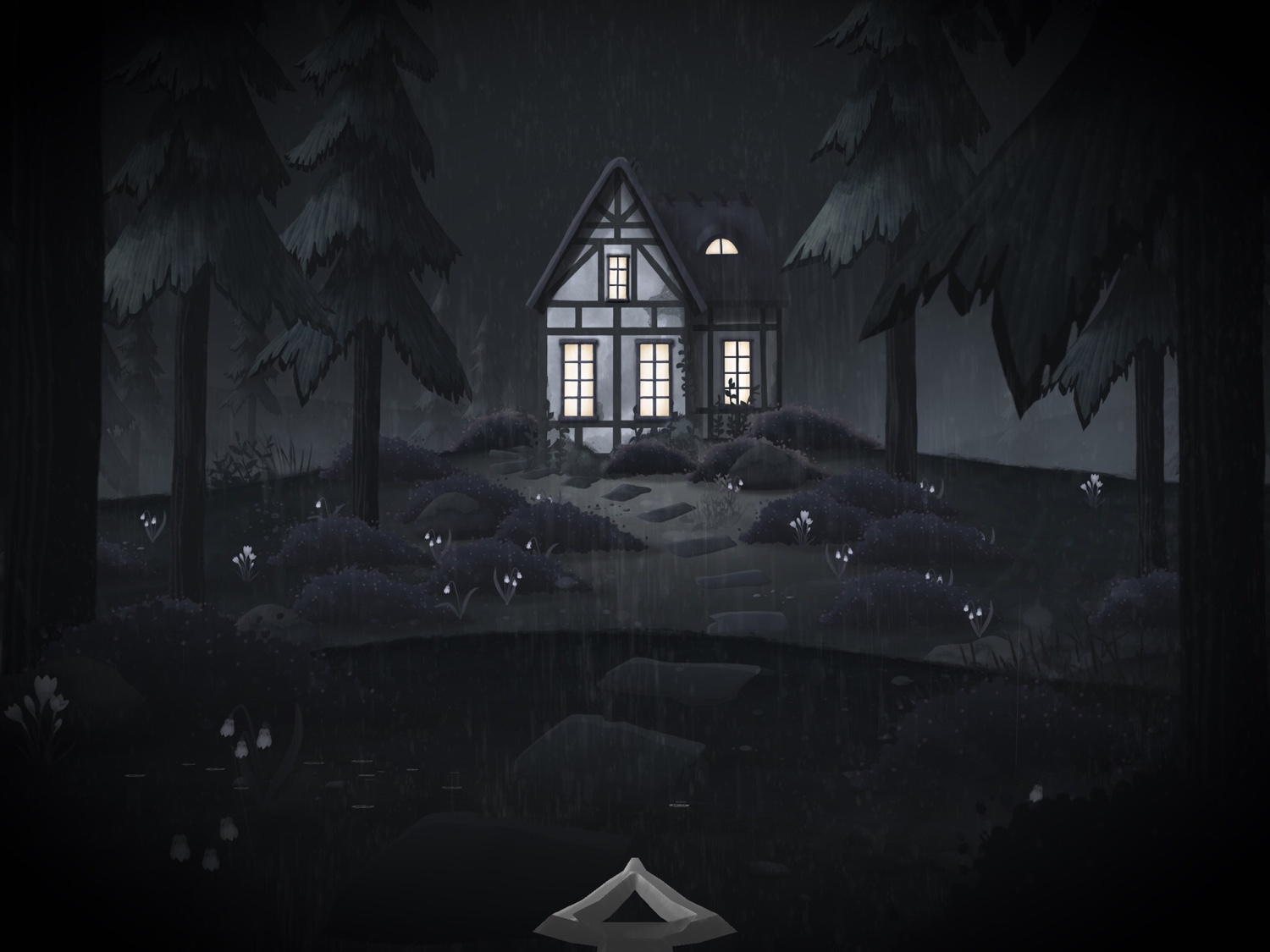 As I mentioned, the artwork is also a huge selling point, as it’s easy on the eyes. It captures the gloomy atmosphere, as everything takes place at night and in muted tones. I also loved all the animations, like the way the words swim into focus as you rotate a radio dial. The little mechanical beetle that makes its way through different locations is also a nice touch. There’s even rain at some point, and the sound of it falling is oddly relaxing. Unfortunately, my game had some bugs related to the sound that killed the mood a bit. If I tapped on objects inside buildings, I’d hear crackling and then all the sound would die until I left the building again. This was disappointing, since the soundtrack ties the whole experience together. But it wasn’t as much an issue since I was paying more attention to my friend than to the sound. It would have been far worse if this was a single-player game. My friend also hit a nasty bug where the game always crashed at the beginning of the third chapter. But the developers are working on a fix for it and it doesn’t affect all devices. She was able to continue on Steam and I also had no problem when I tried it on my iPhone. 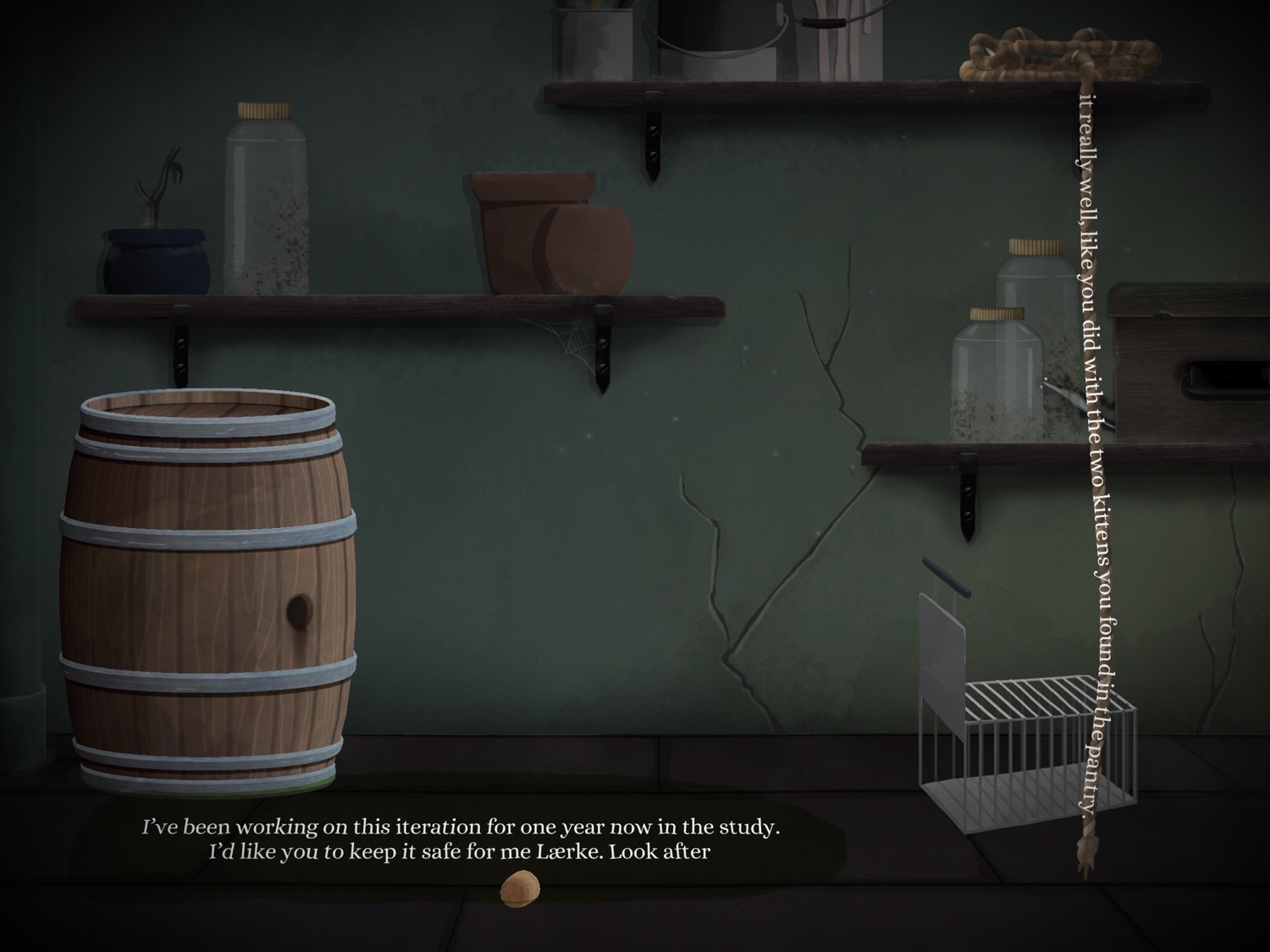 Tick Tock: A Tale for Two far exceeded my expectations. I was worried it might rely too heavily on its gimmick and fail to offer a satisfying experience. But instead, I enjoyed it so much that I hated to take a break when my partner had to go to sleep halfway around the world. Although the puzzles are mostly on the easy side, since the challenge lies in the communication, it’s probably the right level of difficulty for this kind of game. I personally wouldn’t have minded some trickier puzzles, but then the temptation to cheat might be too strong for some, especially if they’re sitting in the same room. I think the length and challenge is perfect for getting friends who might not normally play games to spare a couple of hours for a unique experience. And it certainly made this solo gamer want to play more co-op games. I would be thrilled to see Tick Tock become a genre. Aside from the bugs I experienced and a few small punctuation mistakes, I really don’t have any complaints. The puzzles were varied, the story kept my interest, and when I was done I was eager for more. I highly recommend finding either a partner, a friend or a stranger who can work around your schedule and squeeze in some time to play Tick Tock. So grab the game here and unravel the mystery of L╬ô├╢┬úΓö¼┬¼rke Ravn’s disappearance.