Sky: Children of the Light is the latest game by thatgamecompany, and it’s similar to Journey. It’s a massive multiplayer online game (MMO) in which you can fly around beautiful landscapes and join with others to solve simple puzzles. There are a lot of hidden collectibles, your wings need to be upgraded, and you need to fill your constellations by freeing spirits. I already have a general guide as well as some more specific ones. In this guide, I’m going to explain what the Eye of Eden is and what you should expect, as well as tips and tricks for maximizing your time there. Feel free to ask for extra help in the comments section.

SPOILER WARNING: This guide is going to spoil the end of the game for you. If you want to go in knowing nothing, read this guide later, after you’ve been through there once. If you don’t mind spoilers, continue on.

What is the Eye of Eden?

There are six kingdoms in Sky. You start off in the Isle of Dawn, then make your way to Daylight Prairie, the Hidden Forest, Valley of Triumph, Golden Wasteland and finally the Vault of Knowledge. When you complete all six, you’ll be able to access the seventh door, The Eye of Eden, which is the end of the game. You need to have found 20 Winged Lights (those glowing children that upgrade your cape power) to get through the door. But you should really try to collect as many wings as possible before going in. That’s because you’ll be using those wings to light statues. The more you have, the more you can light. And that results in a bigger reward at the end. 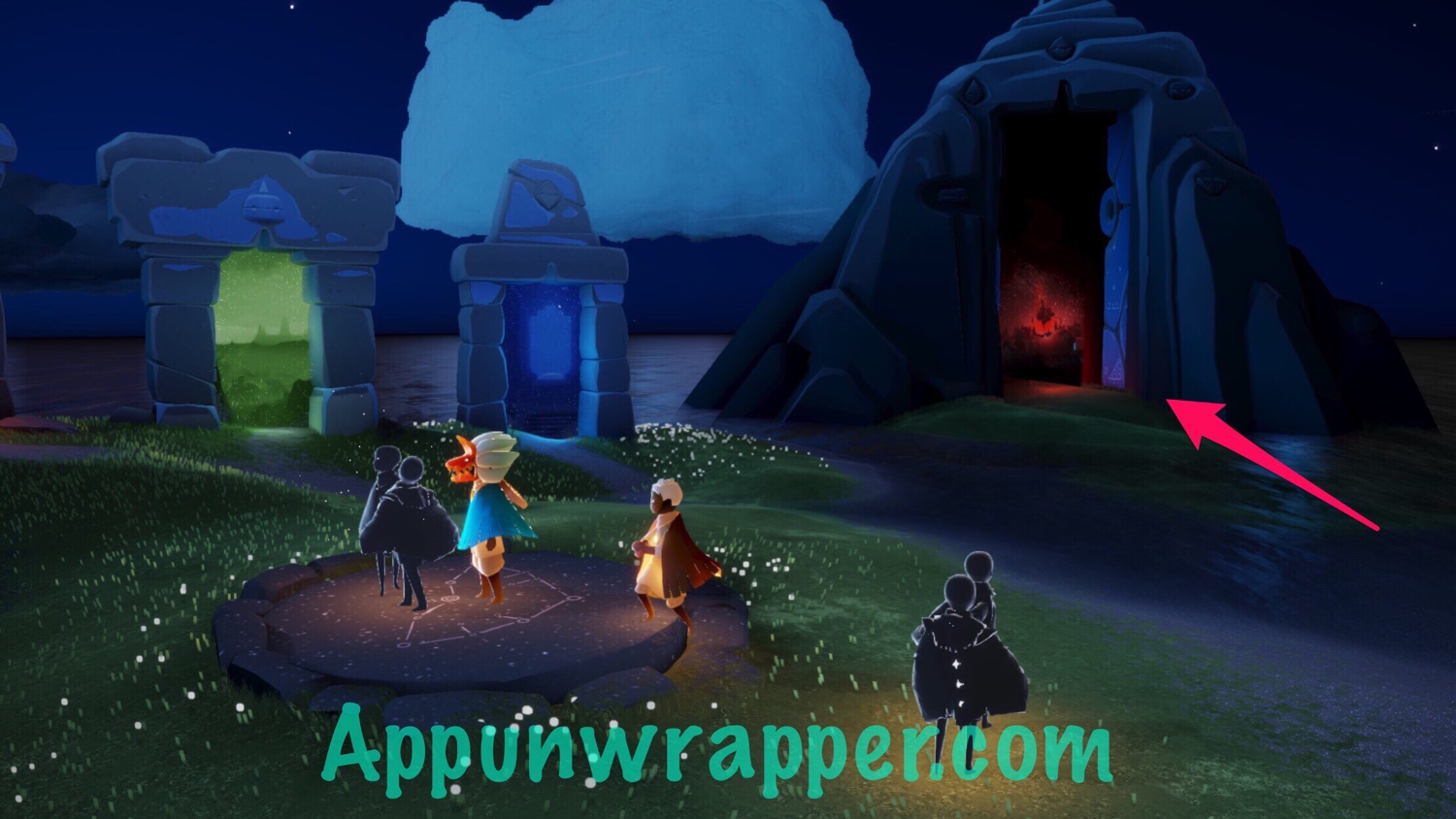 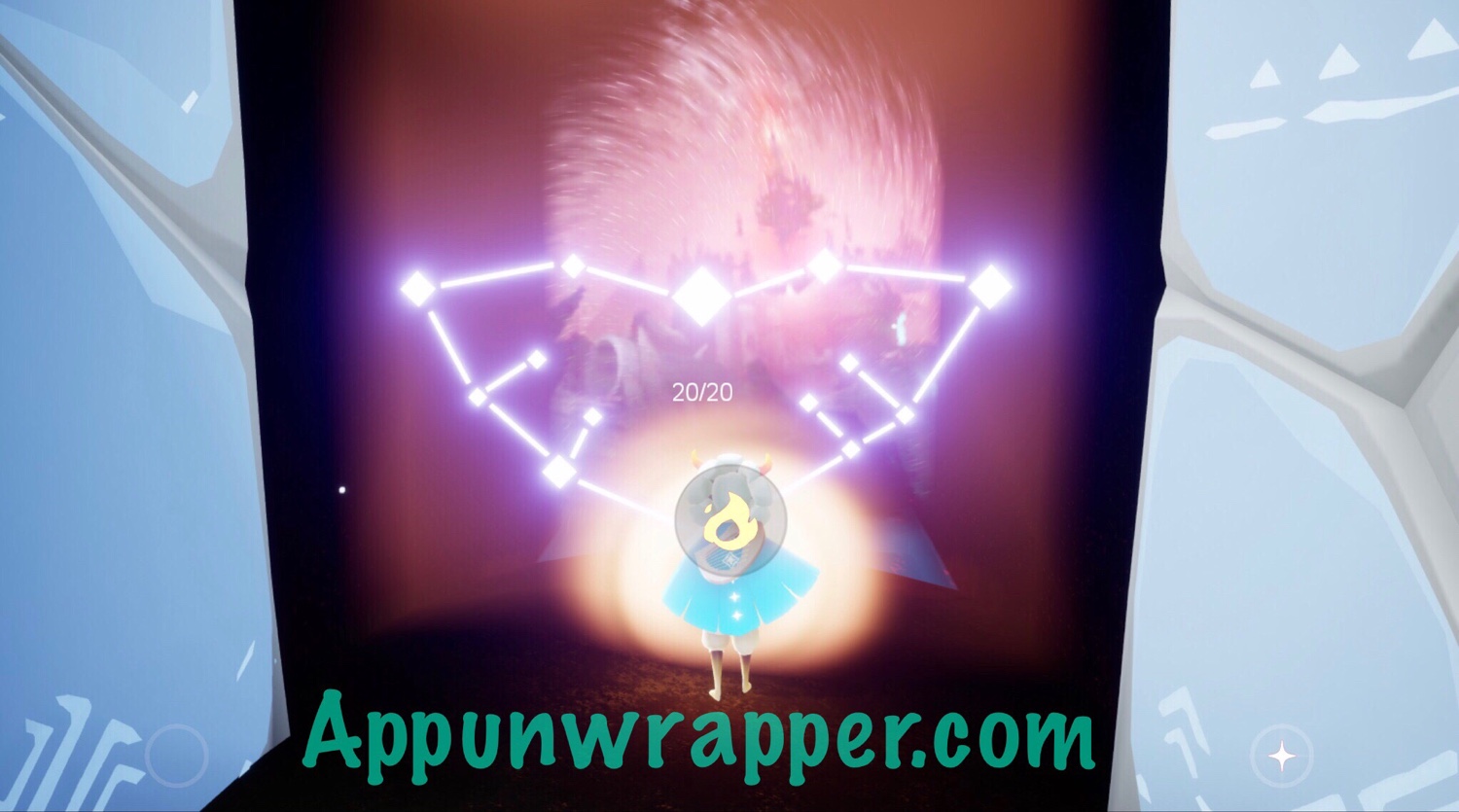 Why Eye of Eden?

Initially, you go through Eden to see the end of the game, at least in its current state. But to do so, you will have to sacrifice all your wings. In exchange, you get Ascended Candles, which allow you to unlock wing buffs, or permanent wing upgrades. Each spirit you found can be ascended, giving you one wing buff. In rare cases, a spirit might have two. But what this means is that every time you complete Eden, you should start out with stronger wings. So you’ll be able to fly higher and for longer. It also allows you to unlock the top tier expressions, spells and cosmetics for that spirit. Without those Ascended Candles, you’re limited to only the bottom tier items of the spirit’s tree. 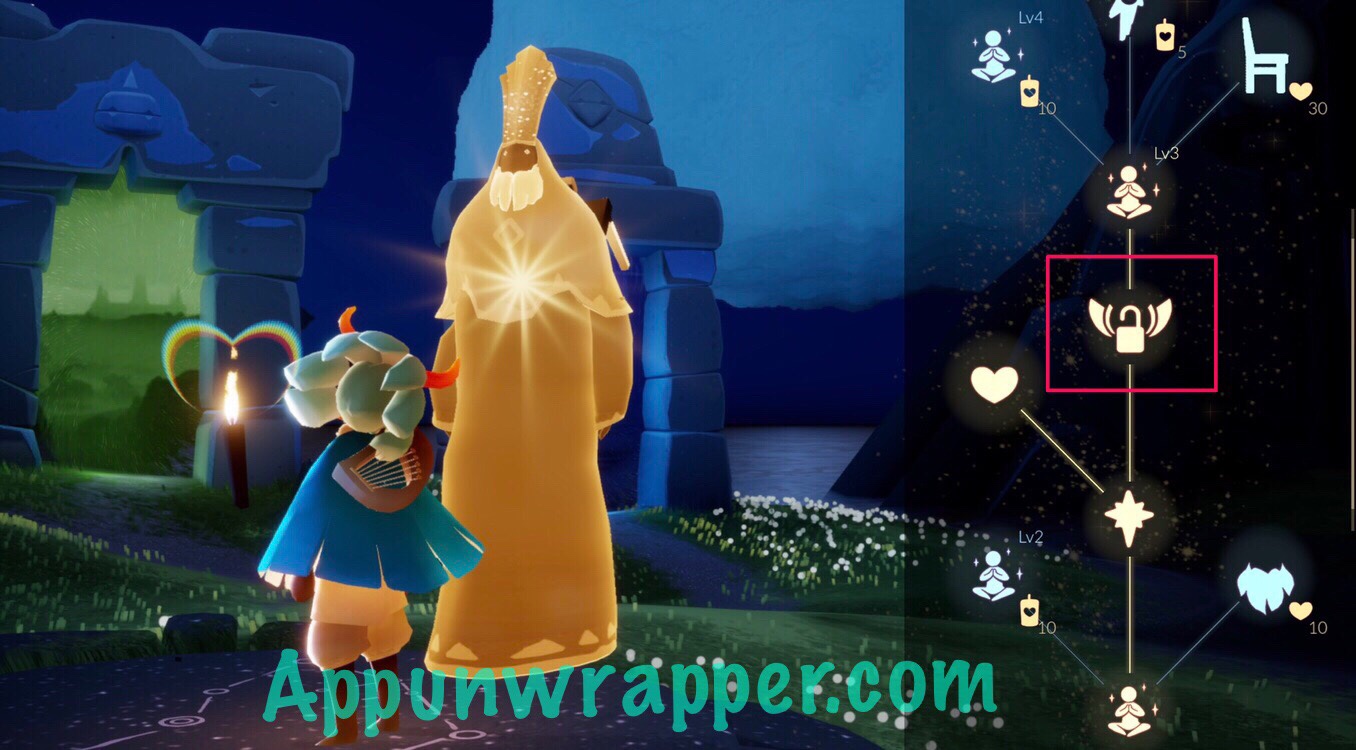 What to Expect in Eden

You will die in the Eye of Eden. There is no way to avoid this if you want to see the ending. It is also the only way to earn Ascended Candles. That said, you still want to take precaution and keep your wings safe during the journey. If you lose too many to the Dark Dragons or or other hazards on your way, you won’t be able to earn as many Ascended Candles. If you haven’t been there before, it’s a good idea to go with at least one friend who knows what they’re doing and can lead, with you holding hands.

Eden is broken up into sections. The first is windy with flying rocks that can damage you and steal your wings. You want to hide behind rocky outcroppings to stay safe.

Next, you’ll have to climb a tower guarded by dark dragons. Again, there are places to hide along the way. Just take your time and avoid their gaze. Also, make sure not to touch the red crystals, as they steal your wings, too.

Once past the dragons, there’s a safe little cave that’s all warm and comforting and gives you a false sense of security. Inside there, you’ll see torches and ten Winged Lights. Collect those and then brace yourself for the hard part.

Next comes a section where you will be pelted by falling rocks while running and trying to light statues. Each statue you light takes one of your wings and frees a soul. Every four statues you light gives you one Ascended Candle at the end. Try to light the torches so you can light up again if you get hit. This section allows you to stay linked with one friend.

The last section must be done solo and there are no places to hide. You just have to make a run for it and light as many statues before you run out and die. You will then watch the ending and be reborn. More about that below. (NOTE: Keep reading to find out about a glitch that allows you to light all the statues at the end without being pelted by rocks.)

Here is a video of my first Eden run, with a friend pulling me along. You can see it wasn’t perfect, but it was fun. Don’t worry too much about candles on your first run — just enjoy the journey.

After Losing All Your Wings

Once all your wings are gone, you’ll die and turn into a spirit for any friends you’re with. You’ll then meet a child who needs a hug. Give him a hug and then fly up and keep going through the long flight scene. It’s really quite nice. When you come across your spirits, fly through them to get some candle essence. 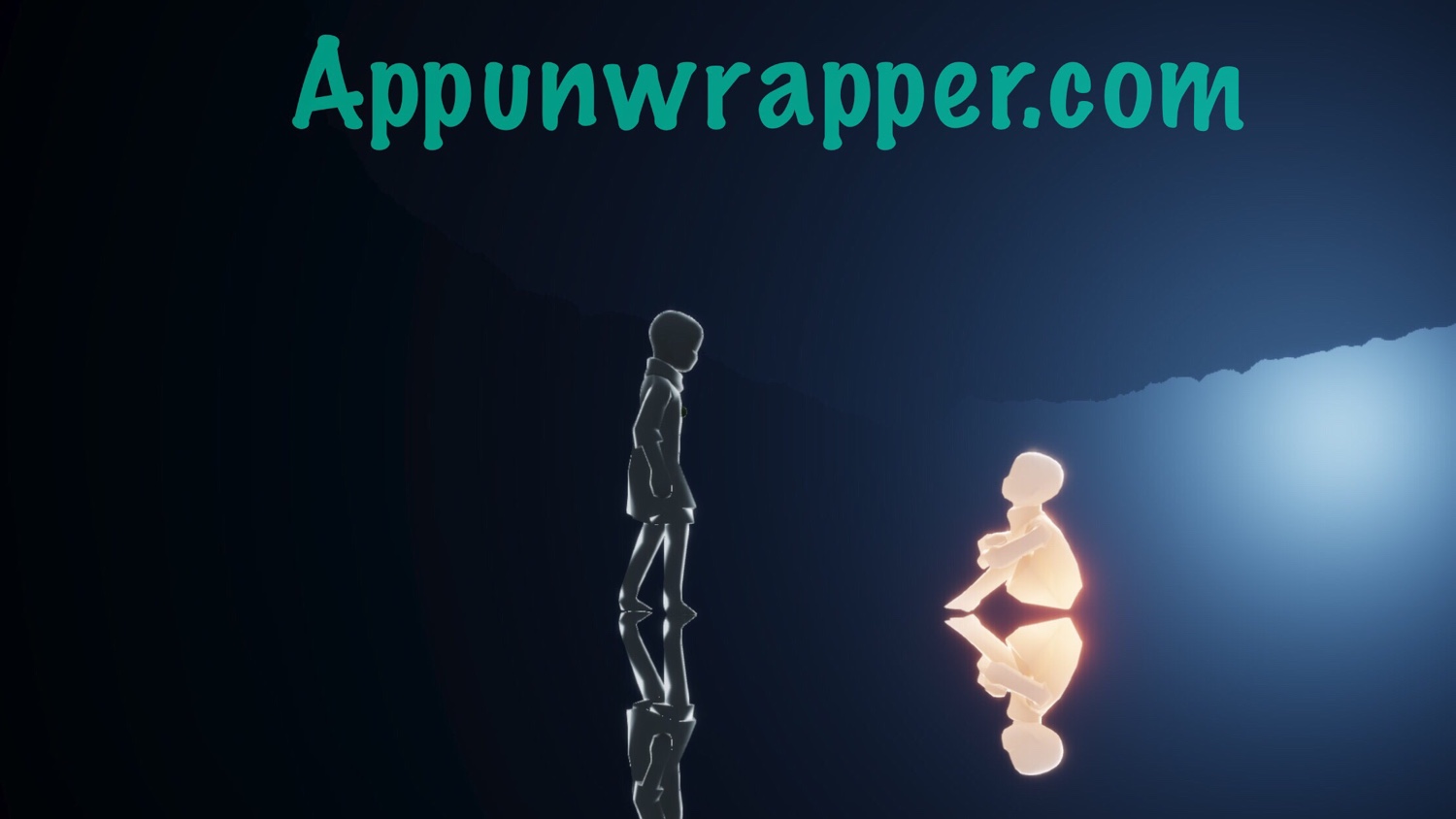 Eventually, you’ll meet all the souls you freed and have to collect them to earn your Ascended Candles. 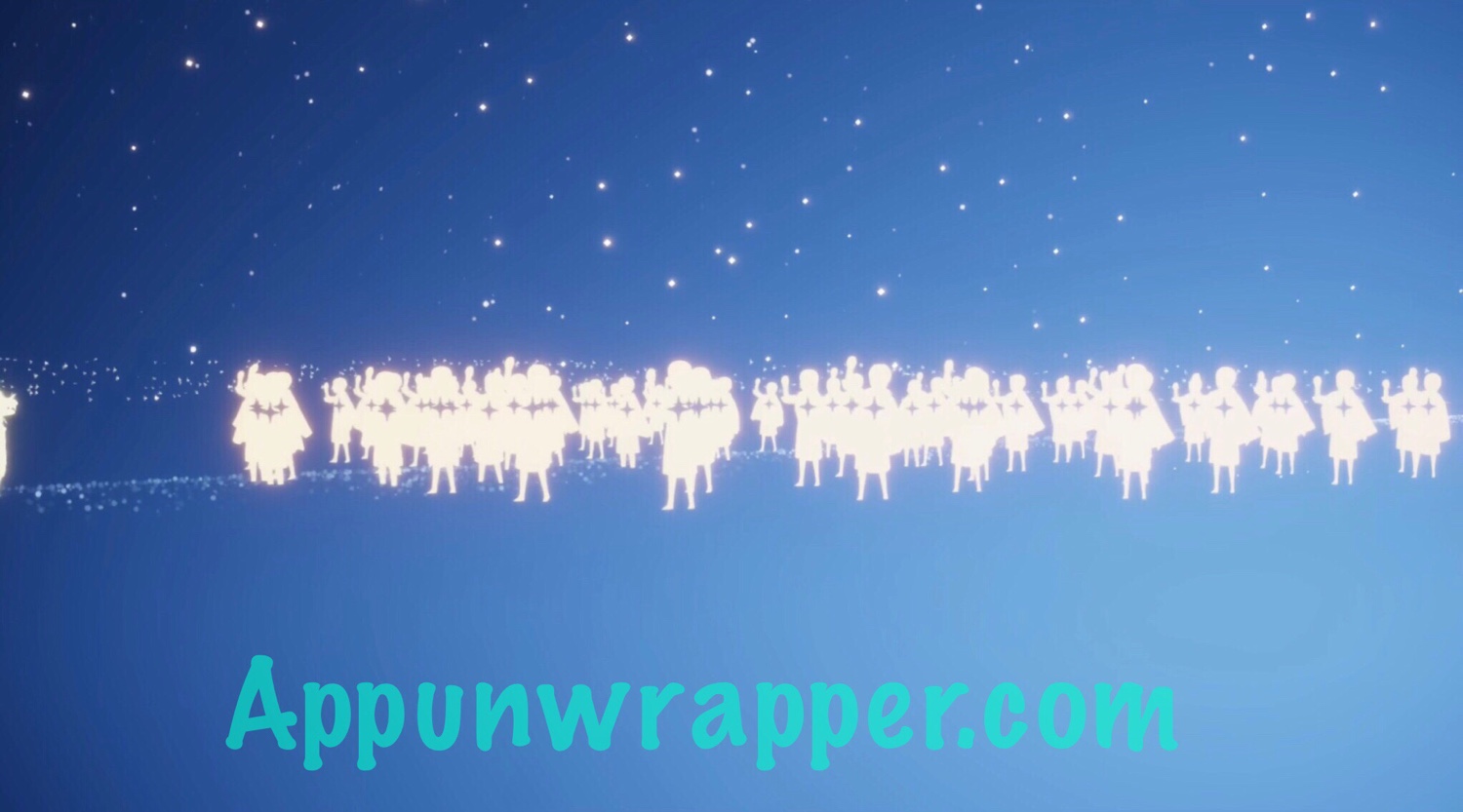 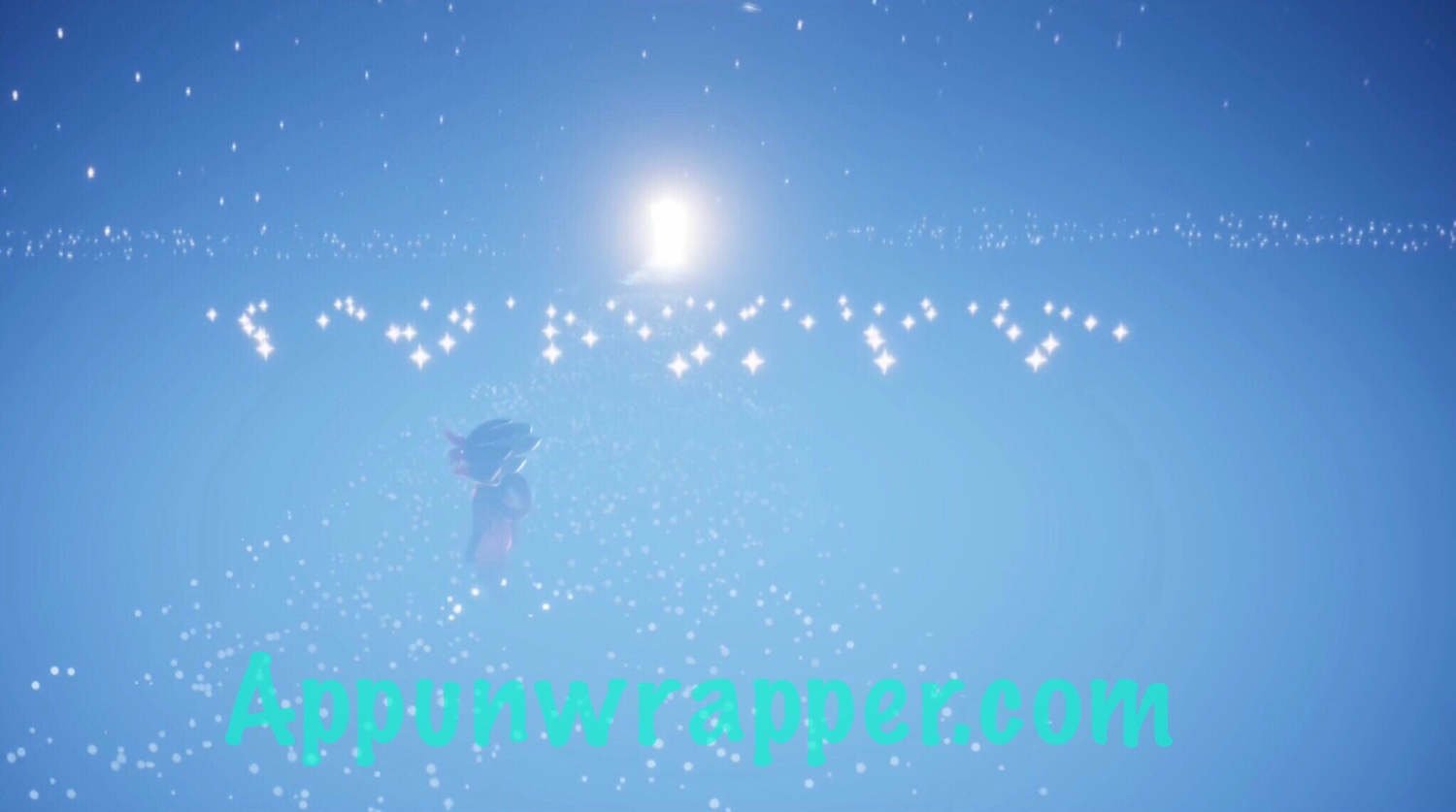 Keep walking and you’ll find a constellation hub. Here, you need to use those Ascended Candles to unlock wing buffs from spirits. They range from 1 to 4 candles each, so I recommend going for the cheaper ones first. That way you get more wing buffs. I recommend unlocking as many spirits’ spells/blessings as possible before entering Eden so you already have access to the wing buff when you get there. Alternatively, have a healthy amount of regular candles on you so you can unlock the spells while in Eden.

Here’s the cost of each wing buff: 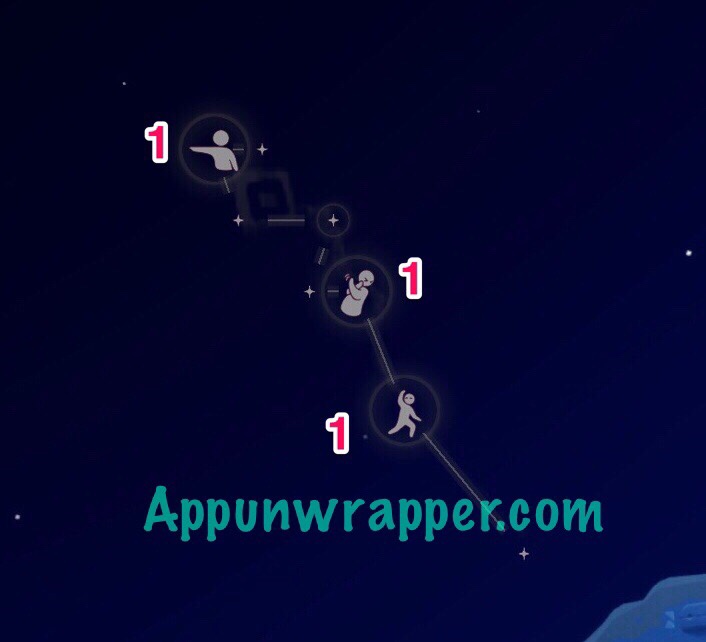 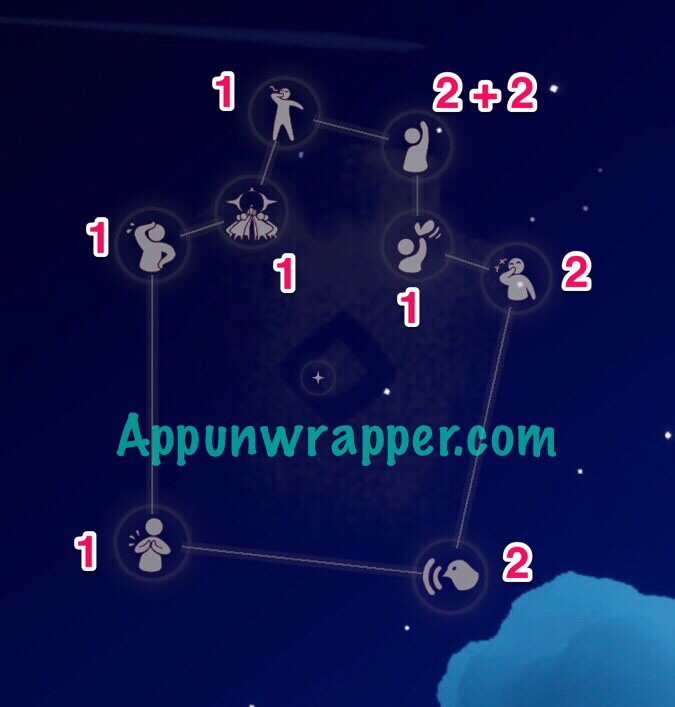 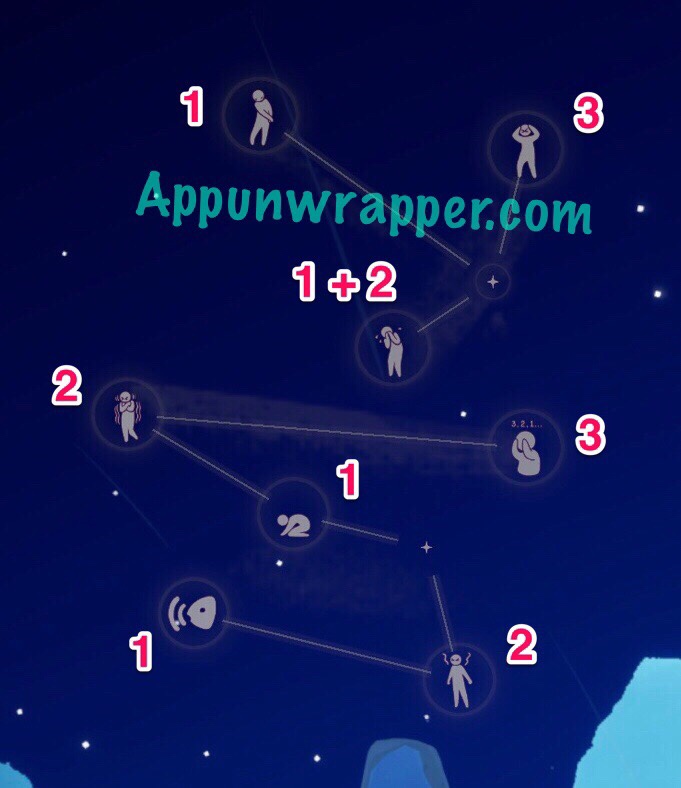 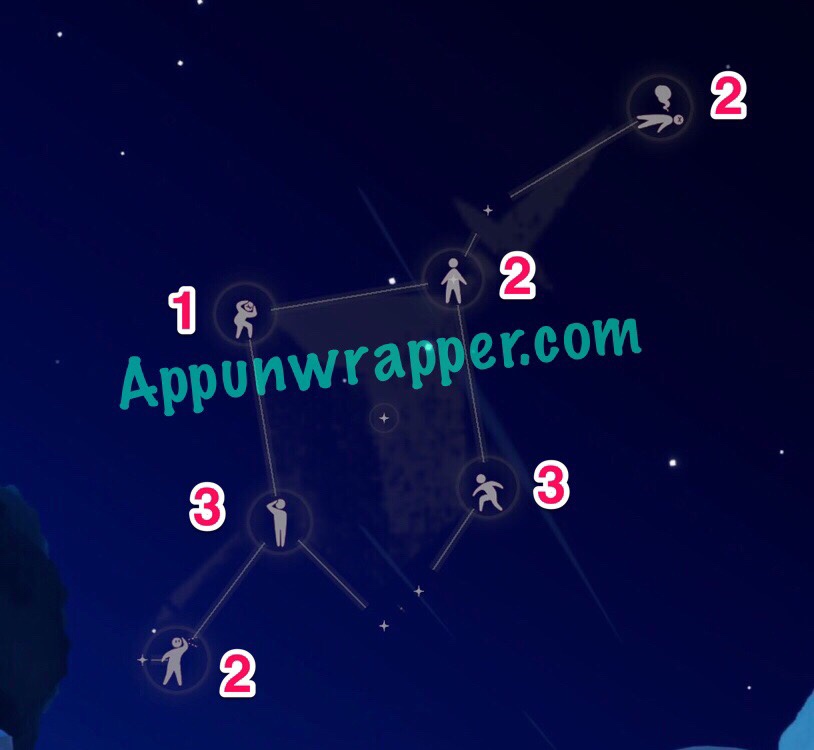 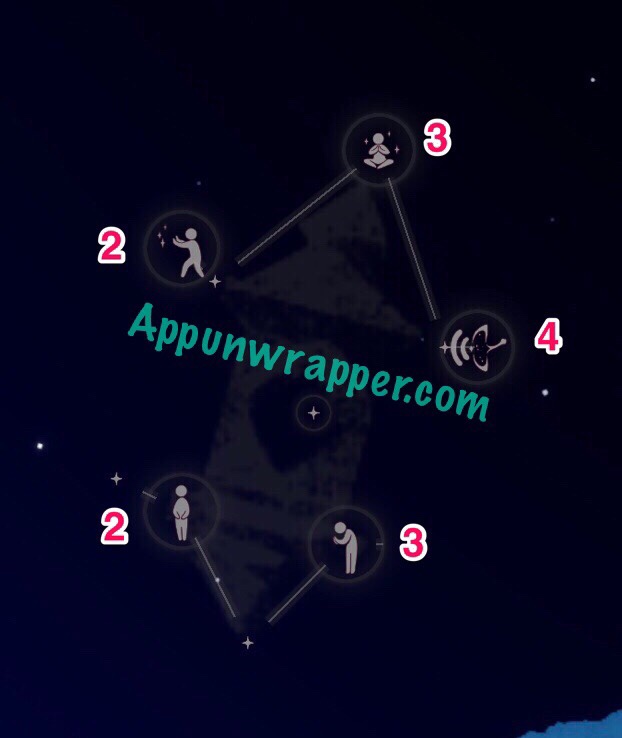 Once you’ve ascended your spirits, continue walking. They’ll all be waiting for you, and this is where you get your wings back, depending on how many spirits you have ascended. If you don’t use the candles now, then you won’t be able to get those extra wings until your next Eden run. But each ascended spirit will visit after each Eden run. So the more you ascend, the more stars on your cape you start with. 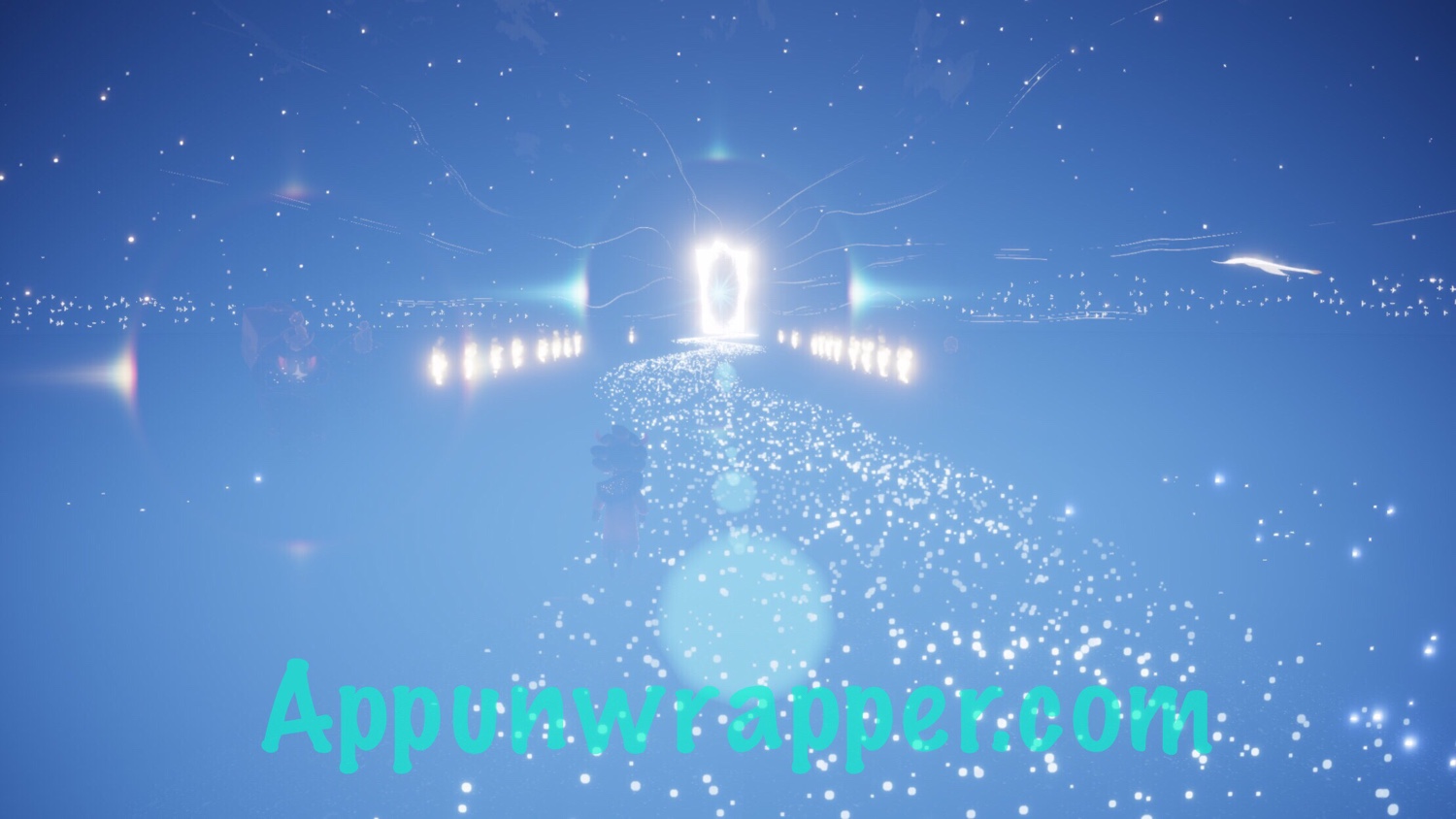 After that, head through the door to watch the credits and be reborn. Then go through each of the six kingdoms again and find all the Winged Lights to build back your cape power.

NOTE: If you go through the door slowly and keep walking even when the screen turns white, you’ll get an extra wing when you’re reborn!

How Often Can I Go to Eden?

You can go to Eden as many times as you want, as long as you meet the 20-wing requirement. But you can only light each statue once a week. There are a total of 63 statues and you earn one Ascended Candle for every four you light. So if you go on Monday and light 32 statues, you get 8 Ascended Candles. You can then go back on Tuesday, if you’d like, and try to light the rest of the statues. Those you already lit won’t show up anymore. You can get a total of 15.75 Ascended Candles each week.

On Saturday night at 12 am PST, Eden is reset and all the statues are active again. So ideally, you want to try to get one run in per week to make the best use of your time.

At the end, when you ascend your spirits, there’s a chat bench to the left, up on an invisible spiral ramp. The view is great up there. 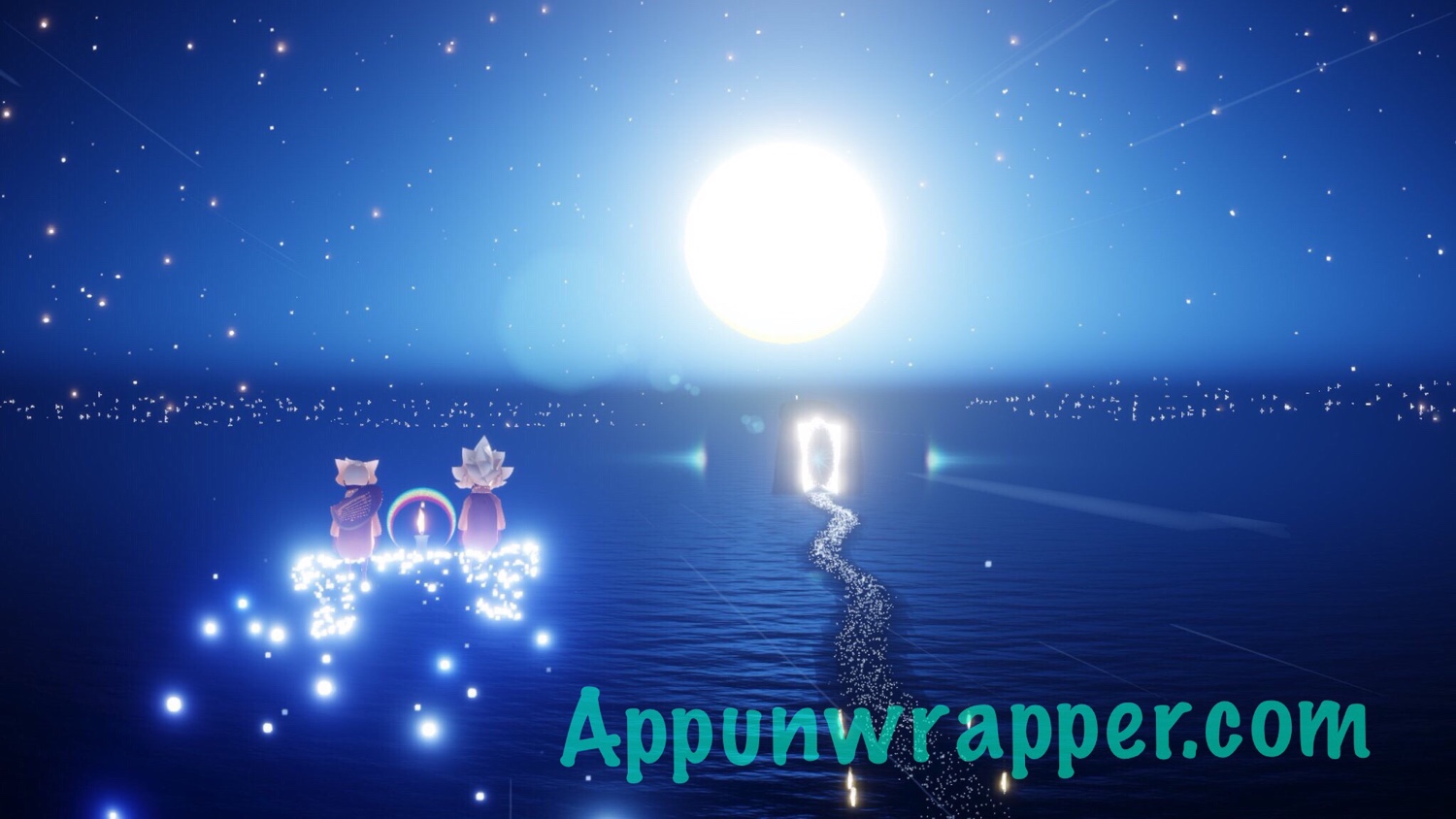 There’s also a rating stone to the right, on a similar ramp. If you meditate by it, you’ll earn a heart. You can rate the game if you want, but you get the heart even if you don’t. You can only do this once. 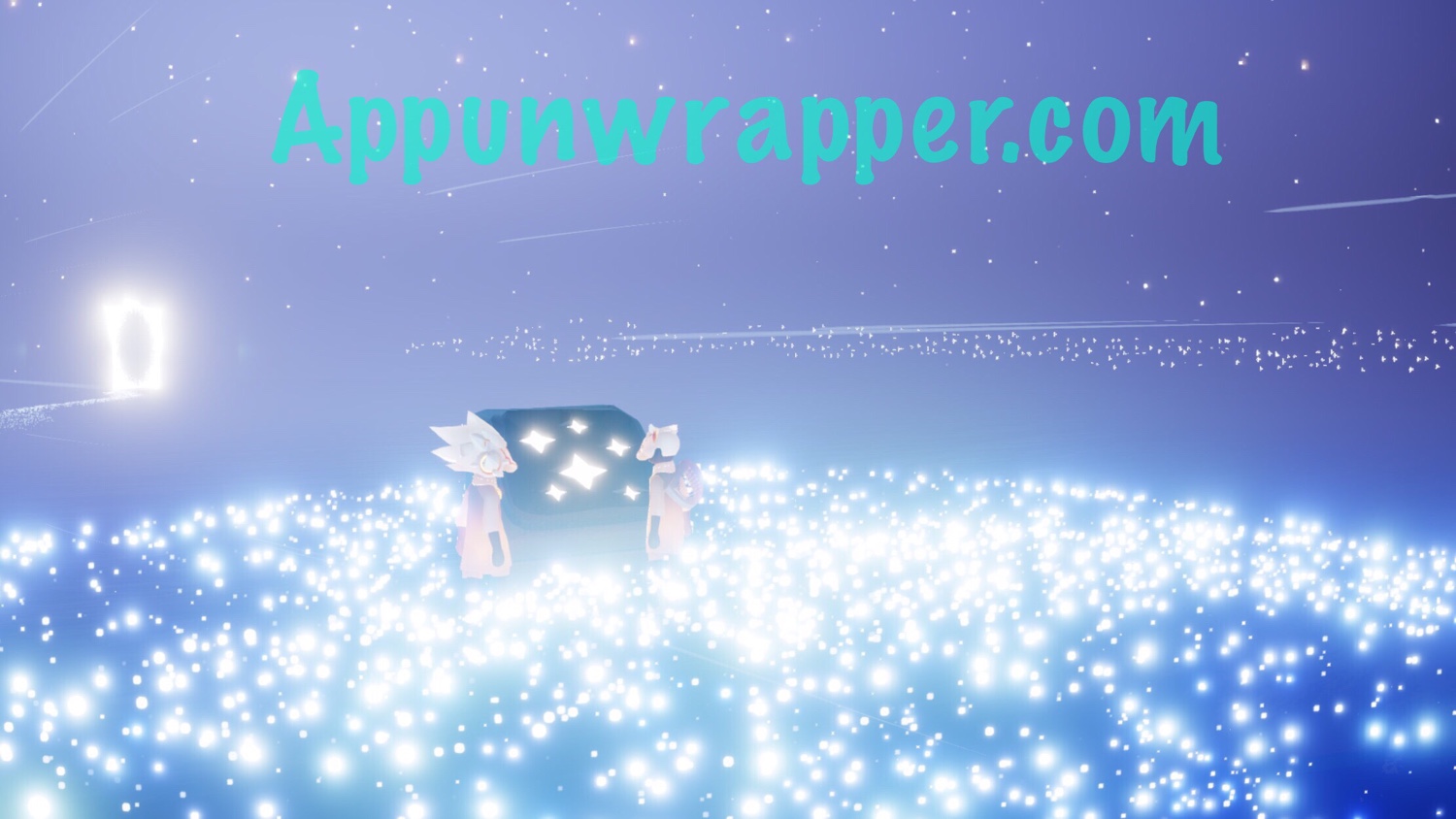 Edit: Sorry, this glitch has been fixed and no longer works. You can still use the map to try and get as many statues lit as possible, though.

If you’ve done Eden a bunch of times already and just want to maximize your time there, you can take advantage of a glitch that makes it easier to get all statues lit in one run.

Use this map as a guide for the statues. I’m not sure who made it, but if you do, let me know and I’ll credit them.

First, here’s my friend Yuki showing how to get through the Dark Dragon/Krill area in one piece.

Then, she shows here how to get the first statues and then where to go Home. If you make your way to statues 38 and 39, then go Home and come back, you’ll be able to light the rest of the statues without getting hurt by the pelting rocks. I tried it and got all 15 Ascended Candles. It works!

If you’re a skilled player and have friends who are afraid of Eden (like me), you can take advantage of the Warp skill to keep them out of harm’s way until you get to the statues. It costs two Ascended Candles to unlock Warp with a friend, but once you do, they can warp to you anywhere as long as they can see your name. We just tried it and it worked out great. I would stay in a safe spot and my friend, Yuki, would go ahead, past the dark dragons. Then I honked to see her name on the screen, selected it and warped to her. You automatically hold hands, so it really works out nicely. I hope to try it with a group of friends soon.

And that’s all the help I can offer right now for the Eye of Eden. I’ll add more if I think of anything, and feel free to offer your own tips in the comments section. Good luck out there!