There are so many puzzle games in the App Store that I start and forget about long before completing them. But just a few minutes into Inconspicuous’ Worm Jazz, I knew that wouldn’t be the case here. Though I got interrupted by other games and didn’t get to spend as much time with it as I wanted when it first released, I chipped away at it over the last few weeks until I got every last star. Admittedly, I thought the whole Snake-like genre was beaten to a pulp by now, especially with the tough-as-nails Snakebird in this world. But after just a few levels, I was convinced that Worm Jazz has what it takes to go to head-to-head with some of the best puzzlers out there, and I’m happy to have been proven right. If you’re a puzzle fan, this is an absolute must-play.

In Worm Jazz, you play as a squirmy little earthworm named Mr. Mark with a passion for hats, smooth jazz, and blowing s**t up. The goal in each level is to eat all the food before making your way to the coveted golden apple. Since this is inspired by Snake, he grows longer with each piece of food he consumes. And as he eats and grows, he’ll also encounter all sorts of obstacles. The most common ones are mines, which, as you might expect, explode on contact. If Mr. Mark touches one, he dies and you have to start the level over. But if he eats green food first, then a new head will grow back in its place after an explosion. Add bombs to the mix that he can swallow, and suddenly hats and debris are flying everywhere. The way they work is that when he touches a mine, any bombs up to the next green food explode, along with any mines or cracked walls they’re touching. So early on you learn that planning out the order in which you eat the different kinds of food is the only way to get ahead. If you eat them in the wrong order, the bombs will explode in the wrong spot and you’ll be out of bombs and unable to progress. Thankfully, there’s an unlimited undo button, so if you make a mistake, you can just rewind a bit and fix it. If you feel you messed up more than a little bit, there’s also a restart button on the same screen, and reloads are quick and snappy. The controls are also super simple — just swipe in any direction to move, and keep your finger on the screen to continue going. The controls are also tight, as in all my hours with the game, I never had any mis-swipes. In other words, it has all the necessary tools to make for an accessible but challenging puzzler. 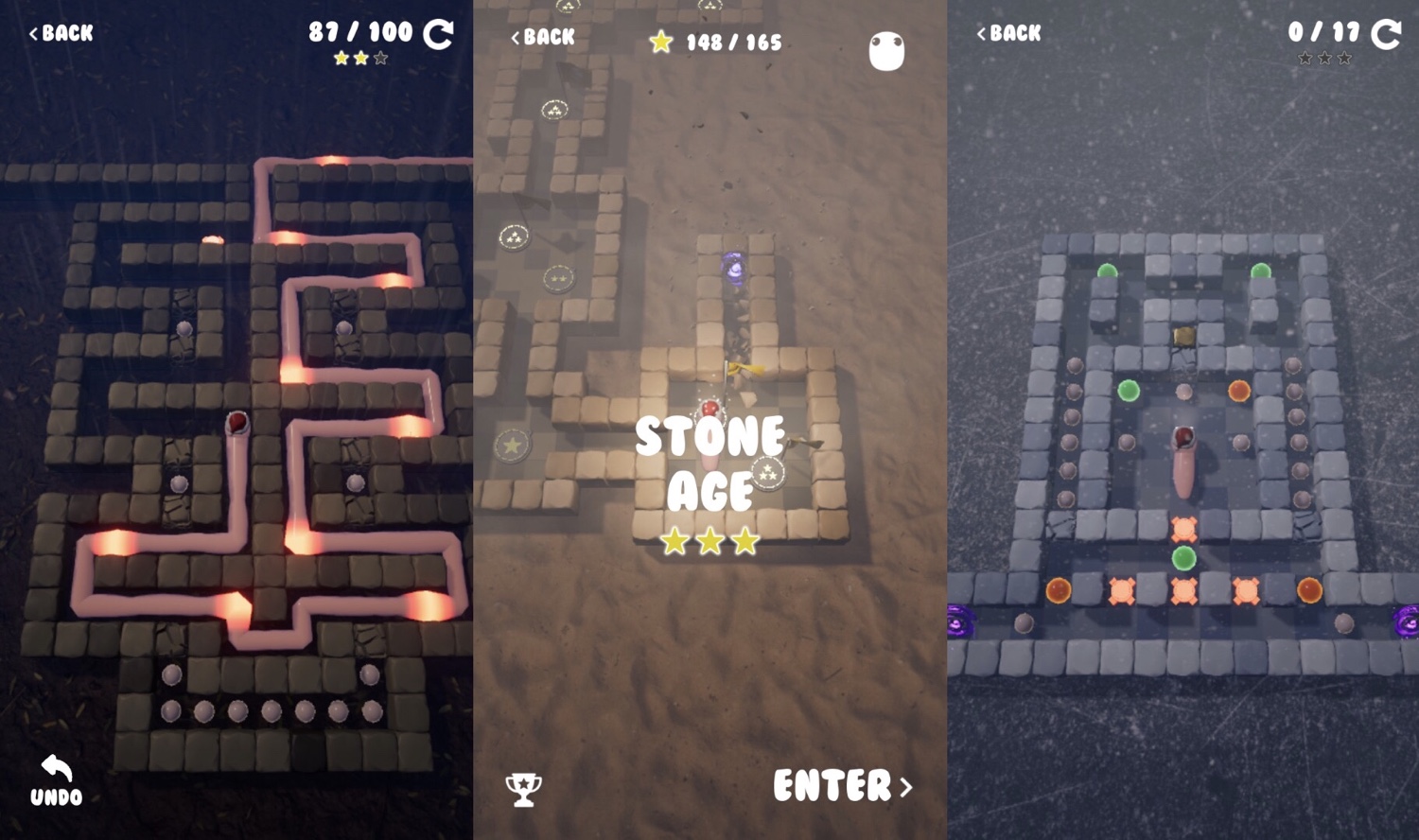 Each level has a certain number of food bits to consume, and eating all of them will earn you three stars. It’s often easy to get one star, but going for all three will give your brain a proper workout. The world map also ties the game together nicely, as you move around it the same way you do each level. When you complete a puzzle, walls explode and give you access to new ones. And while you do have to complete most of them in order, getting one star is enough to unlock the next path if you’re having trouble getting all three. This means you’re never stuck staring at one difficult puzzle, but can roam around and work on several at a time. There are also several different zones, such as the desert and snowy area, each focusing on different mechanics. The weather effects and changes in music add audiovisual variety to keep your senses from getting bored. 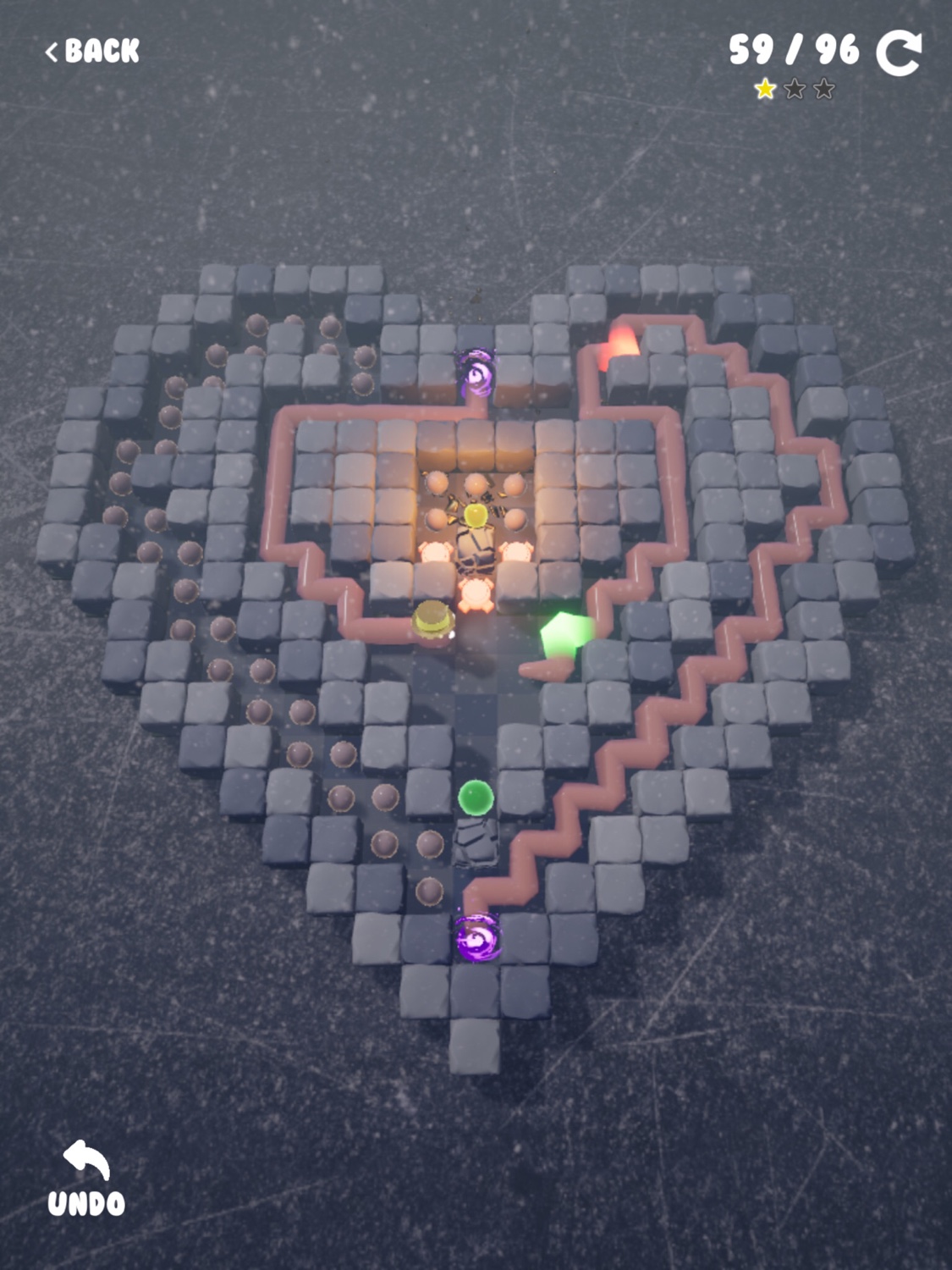 As you progress, you’ll also encounter portals that split your worm and allow him to bend space and time. While I completely expected these, I was not prepared for how cleverly they were used. Sometimes you might be chasing your tail through one just to try and squeeze out some extra space somewhere. A puzzle could look simple at first glance, then stump you near the end because you didn’t wiggle around in just the right way. One of my favorite mechanics is the boulder, which Mr. Mark can push. They explode mines if they touch one, and a mine will also send them rolling. It’s incredibly satisfying to set off an entire chain of rolling boulders linked together by mines. These also offer some of the toughest challenges, due to the different ways they can be used. What’s especially impressive is how all these mechanics come together and fit so naturally. Nothing feels out of place or too gimmicky. You just get fifty-odd solid puzzles that each offer a unique challenge. There’s no filler here, just finely-crafted puzzles. And the best sign of their quality is how often a level seemed impossible until I had that eureka moment and it all fell into place. 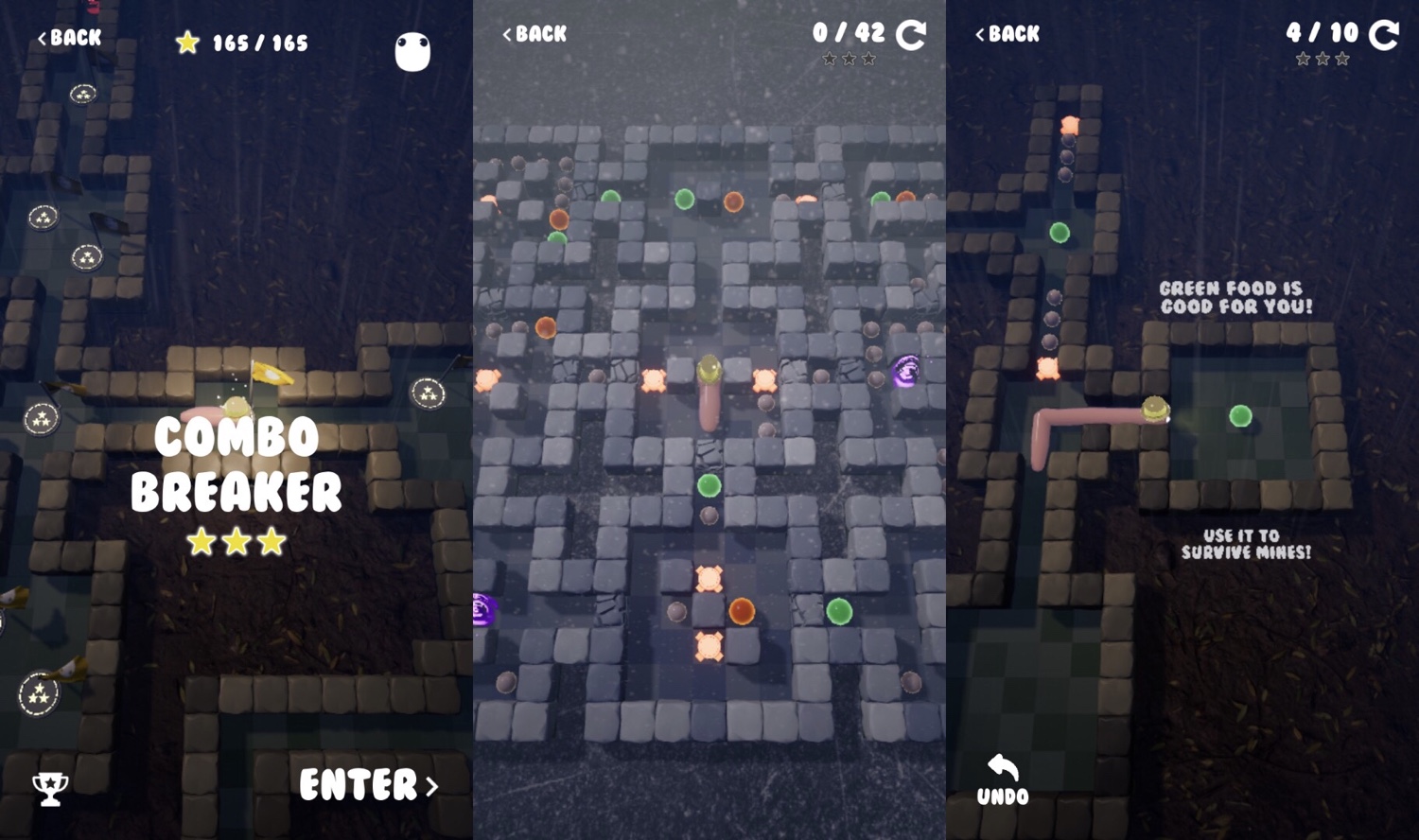 Now, as much as I love the game, there are a few issues. The developer is currently trying to fix a bug that causes crashing sometimes when you start a level. It’s not a dealbreaker for me, but it can be annoying. I also wish you could pan the camera more, especially on the overland map. It can be a bit hard to find the levels you need to go back to, and I would prefer not to have to wiggle around the entire map. Landscape mode on iPad would also be nice, but I do appreciate that it plays with one hand on iPhone. And since iCloud sync was added, you don’t have to choose between devices. There’s really not much to complain about here. Even the price is right, as you can play completely for free if you don’t mind the occasional ad. Or you can buy a one-time IAP to remove ads and unlock the different hats. And while $3.99 may sound like a lot to some for fifty levels, these are not puzzles you’re going to race right through. Getting all stars in the game takes some real effort. 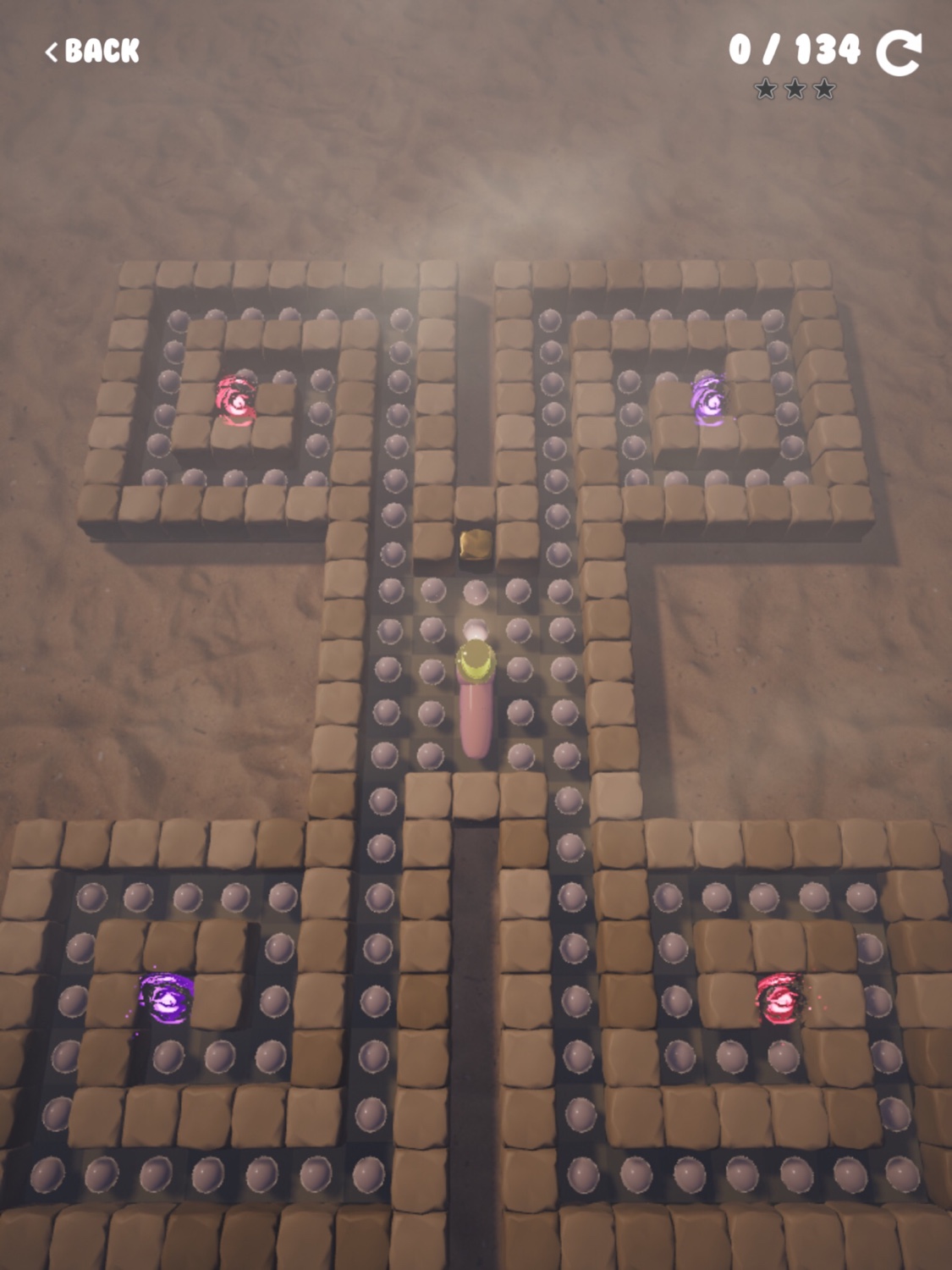 I really can’t say enough about Worm Jazz. It came out of nowhere and just blew me away. I also appreciate how dedicated the developer is, as he completely redesigned the map and some mechanics weeks after the game released. He’s even working on new content and added quality-of-life features by request. If you’re a puzzle fan, I’m not even sure why you’re still reading this, as you should be playing the game by now! So go download Worm Jazz and help Mr. Mark reach the golden apple.

And if you need help with any puzzles, I’ve been working on a walkthrough here.