There are a few games that just the thought of them can bring me back to my childhood, and I have a very clear memory of playing Minesweeper on my dad’s computer in the basement. I didn’t pour hours into it like I did and do many other games, but it’s a still a classic that’s worth borrowing from. Mother Gaia Studio does so in a way that reimagines the game for touchscreen devices, complete with updated graphics that are much more appealing than a whole screen of gray.

In this one-handed portrait mode game, you play as a little sweeping genius named Aristotle who’s trying to escape from aliens. The board is laid out on a grid with numbers going across the top and down the left side. These tell you how many bombs are in each row and column. So if the top of a column says 1, you know you only have to worry about one bomb. If the number to the left of a row says 5, you better tread extra carefully. Since there’s no timer, you can take as much time as you need to examine the board before taking each step. When you’re ready, just tap one of the blinking squares next to you to move there. If it’s safe, you’ll land there and have to think about your next move. If you miscalculated, you’ll explode and lose a star. The game will also place you down elsewhere on the board and erase the path you already made. You can then continue and try to complete the level or restart with a new randomly generated puzzle and have another chance at three stars. 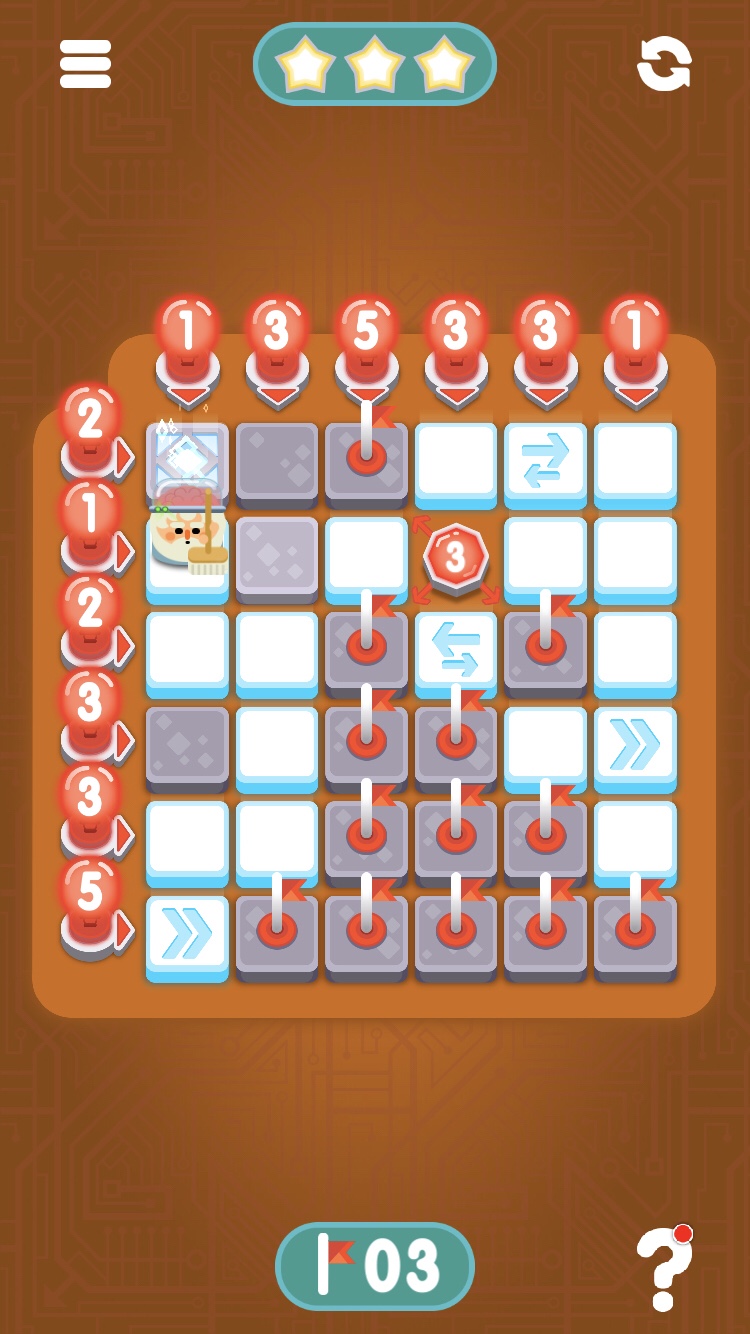 Things start out very basic with a small board and just the numbers to guide you. But as you progress, new tiles will be added, such as those that move Aristotle over one space or even move an entire row or column over. Later, There are mid-board numbers that help you feel out where the mines are when the boards get bigger. Luckily, you also have flags you can place on a tile by pressing and holding. These help you mark where you know there are bombs so you don’t have to recalculate with every move. It also prevents you from accidentally stepping on a bomb you’ve already identified. All these things help make the game more interesting as you progress, though this isn’t one I find myself playing for long stretches at a time. Rather, I boot it up to play a couple of levels in my down time between other games. 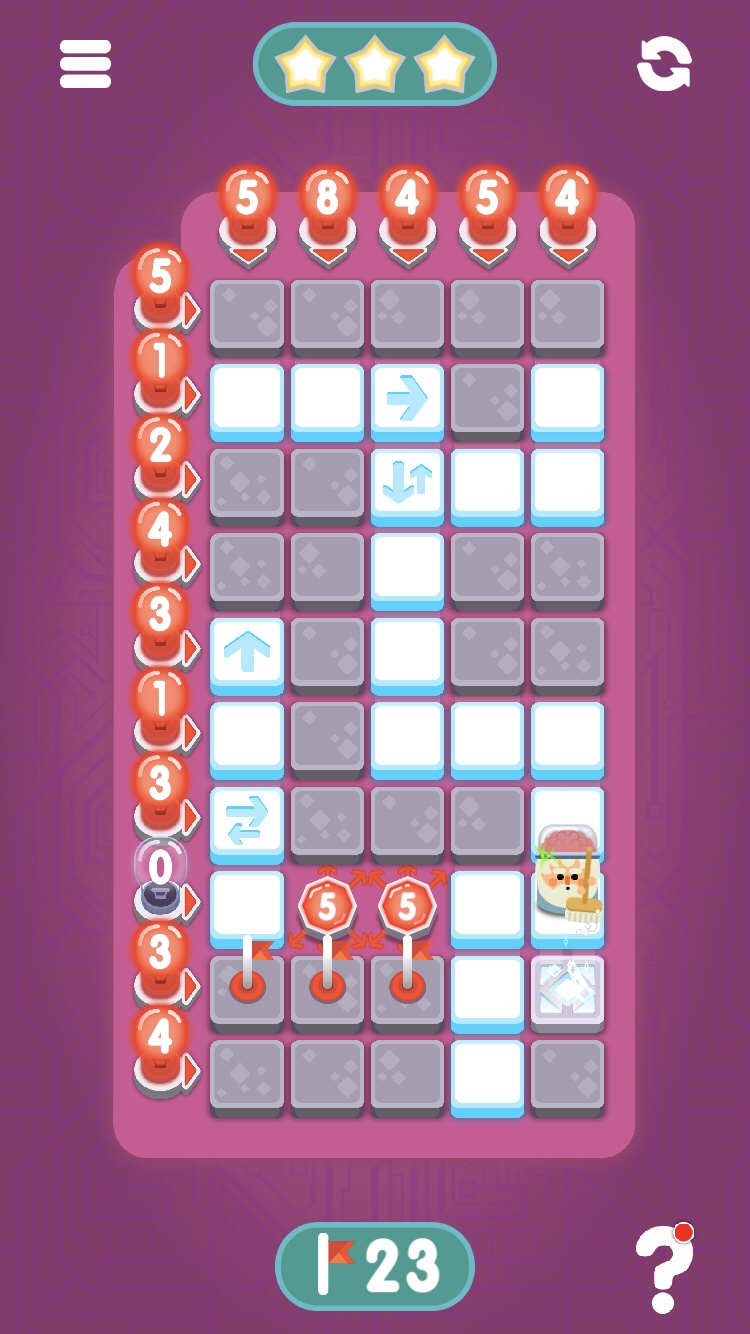 There are about 130 main levels, as well as more than 50 advanced levels that require a lot more brain power to complete. I do find it can all feel repetitive after a while, which is why, like I said, I play in bits and pieces when the mood strikes. It also doesn’t hurt that it’s perfect for playing on the go while walking, on the train, or anywhere you only have one hand free. If you like the game, you get a generous amount of content that should last you a while. And since the levels are randomly generated each time you play one, the content is essentially unlimited. There’s also iCloud sync for playing on multiple devices, though I don’t see the need to ever play a game like this on my iPad, so I stick to my iPhone. 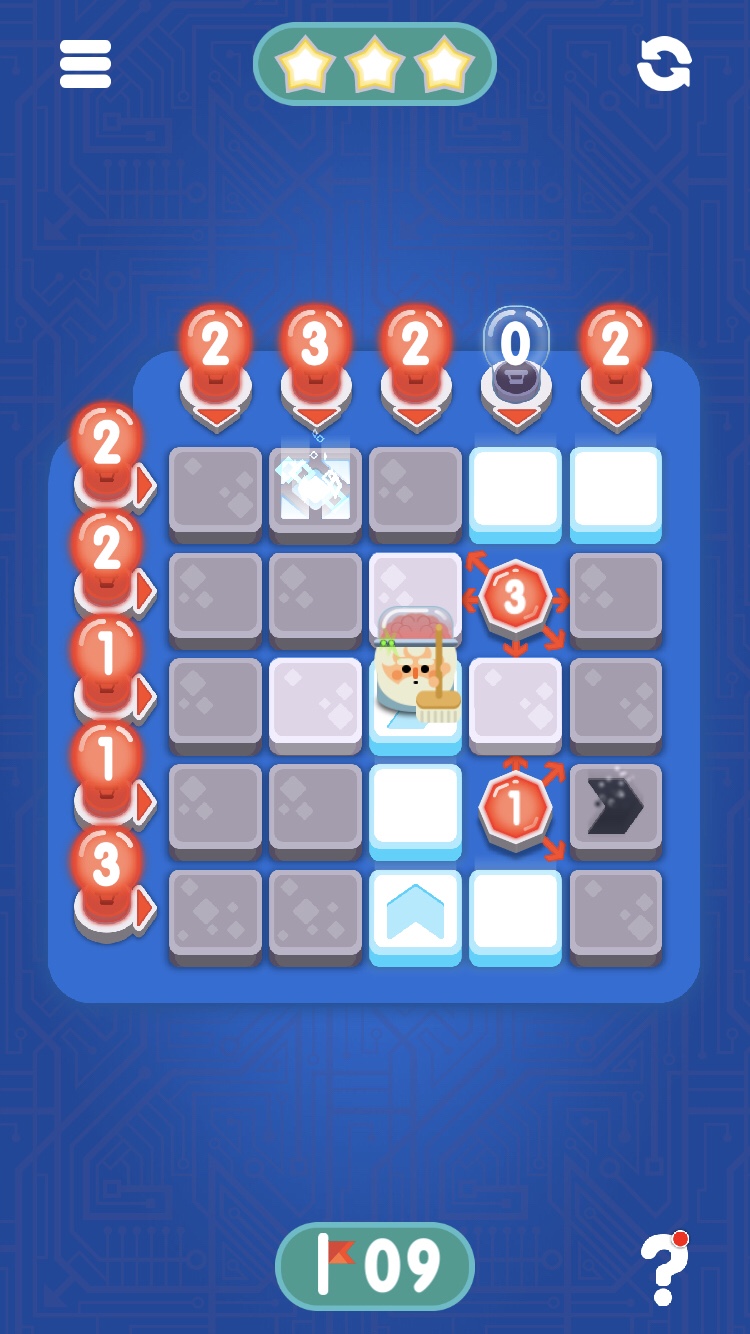 My only real complaint about Minesweeper Genius is that this is possibly the first game ever where I felt the need to shut both the music and sound effects. I’ve played plenty of games where the music got on my nerves after a while, but I can’t think of any where I needed to shut the sound effects. I just found them a little too noisy and distracting. The same goes for the soundtrack. I’m not used to playing my games silent while at home, so that does kill some of the appeal for me. Never underestimate the value of good sound effects in a game. For instance, I’ve been playing Dissembler and Six Match daily for months now and have never been tempted to shut the sound. I actually miss the sound effects when I play them in silence on a train or other public space. So this is a pretty big thing for me, but I’m sure plenty of people won’t care or even may like the sounds.

Bottom line is, Mindsweeper Genius offers an interesting twist on the classic and does so without any ads, IAPs or timers. Even if it’s not my favorite puzzle game ever, there isn’t much to complain about. So if you’re looking for a new puzzler that won’t break the bank, grab it here and start sweeping.