There are few things that get me excited like a new puzzle game that’s relaxing but challenging, features a great art style, and plays easily with one hand. Shelly Alon’s latest game, SNIKS, does all this and more. In it, you need to push little two-headed creatures that resemble gummy worms around a grid so they can all eat their favorite fruits. I wrote a bit about it when it was first announced, but have since completed the game. While comparisons can definitely be made to Snakebird, SNIKS is actually quite different gameplay-wise, and it also has an easier difficulty curve. So if you found Snakebird a little too daunting, this might be just what you need.

In SNIKS, you control little colored snakes. They each have two heads and you can drag one head to an empty tile to inch the whole snake forward. The goal in each level is to get a matching snake onto each colored fruit. So blueberries would need to be eaten by a blue snake and bananas would have to be consumed by a yellow snake. But that’s not all! Snakes can overlap and mix colors. So a purple fruit would need to be eaten by both a red snake and a blue snake. Some snakes are bi-colored to mix things up even further. Things start off fairly simple, giving you plenty of room to move around. But the real challenge comes when you need to maneuver the sniks around a small space and make them overlap perfectly. Since their heads can’t occupy the same tile, you need to get creative about how you get them where they need to be. One really useful trick is bending one snake and moving the other into that right angle. 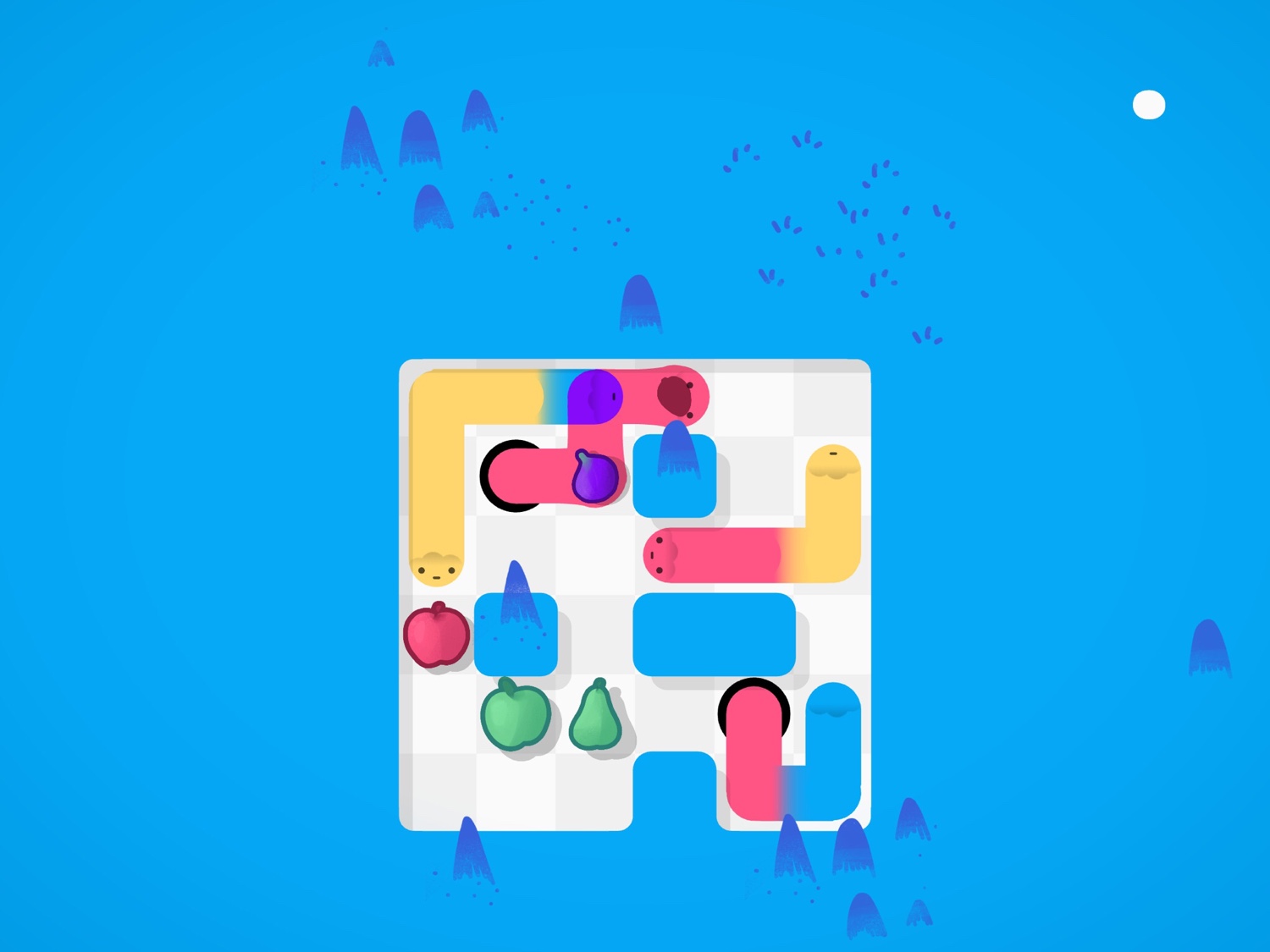 As with many puzzle games, each area introduces new mechanics, so the game never starts to feel boring or repetitive. There are portals that allow you to split a snake into two, with one head on each side of the board. There are X tiles that you can touch while moving around, but no snakes can stay on any of them if you want to complete the puzzle. A plus sign lengthens the snake touching it, and ice causes snakes to slide all the way until they hit a wall, solid ground or another snake head. With each world, things start off easier again and get much trickier by the end. Luckily, the game is only partially linear, as completing a certain number of levels in a world unlocks the rest of the levels in that world, and gives you access to the next one. This means you’re unlikely to ever hit a wall. If you get stuck on one level, just jump around to another and come back to it later. 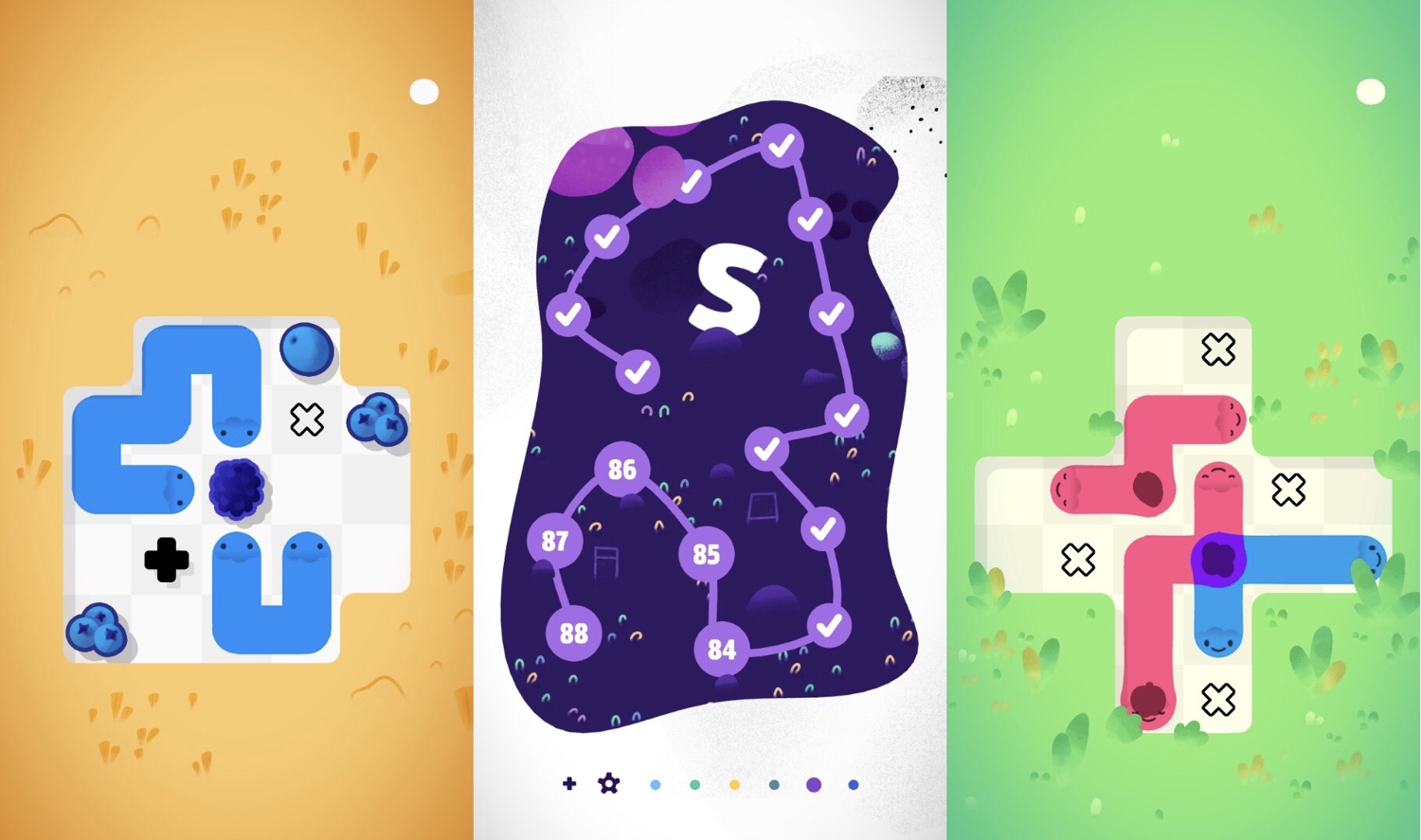 One of the things I really like about SNIKS is that there’s no move counter, timer, or scoring system. You can take as much time as you need messing around with a puzzle until you solve it. That said, there are some later levels where, due to a certain mechanics, it’s possible to lock yourself into an un-winnable state where you’re forced to restart. Those were my least favorite puzzles, as they went against the relaxed nature of the game, where you can usually just keep adjusting the snakes until you get it right. I also hit a couple of bugs, but the developer is aware of them and said they would be fixed in time for release. Besides that, another small issue I had with the game is that sometimes I swiped and the snakes moved more than I wanted them to. In most levels this isn’t a big deal, as you can easily fix it. I also wish there was a battery saving mode, as this is the perfect kind of game to play on-the-go except for the fact that it kills my battery. I ended up playing mostly at home because of that. 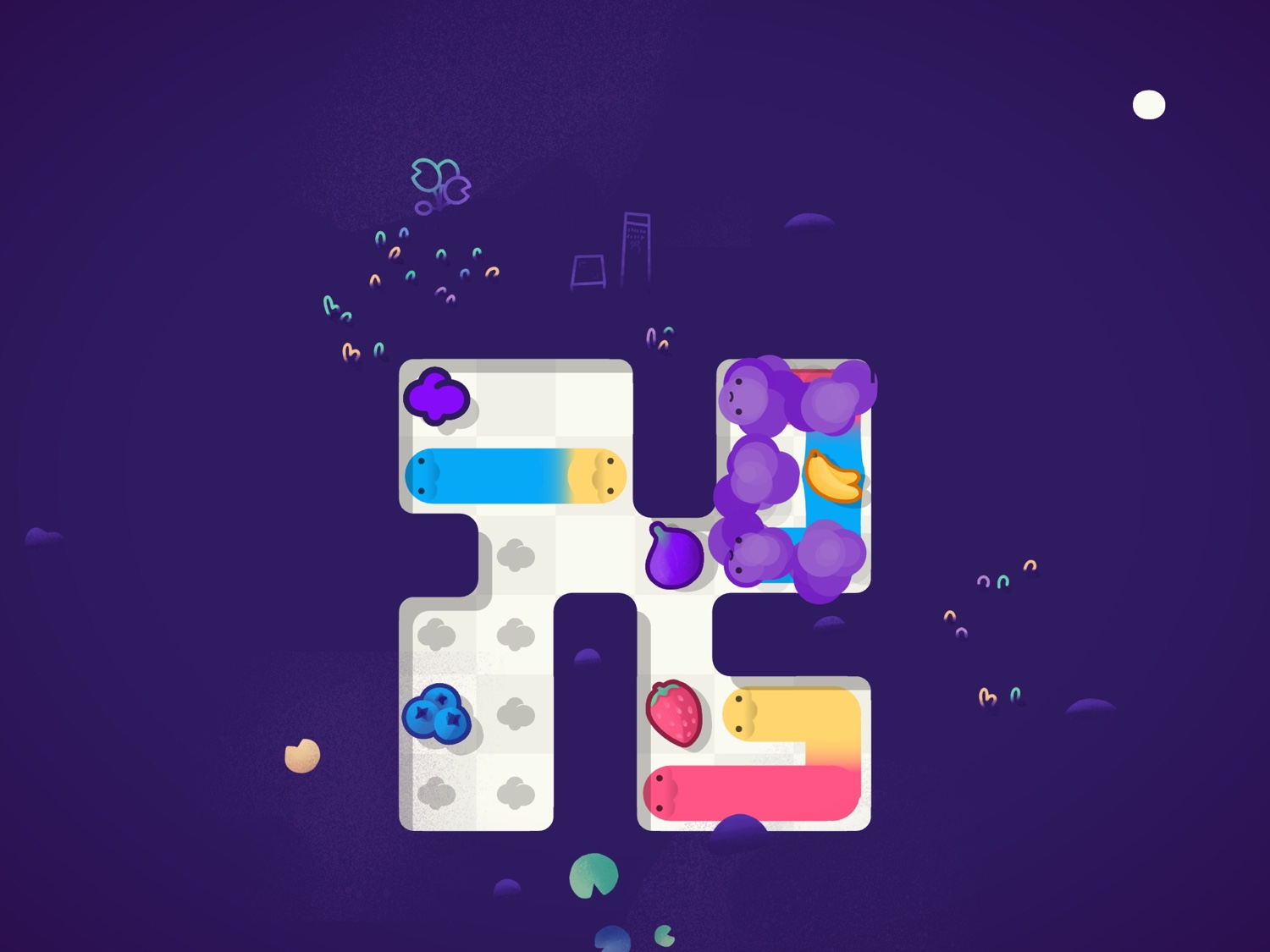 Those are my only complaints, so let’s get back to the good stuff. SNIKS works in landscape mode on iPad and portrait mode on iPhone, making it both a perfect lap game and one-handed play-anywhere puzzler. It even has iCloud sync so you don’t have to choose between your devices. There’s over one hundred levels, some being quite tricky. I found the content to be just about right to keep me interested from beginning to end without it overstaying its welcome or feeling too repetitive. Add to that charming and colorful artwork, amusing sound effects, and a one-time price free of ads or IAPs, and you’ve got a game that’s a must-have for any puzzle fans. So what are you waiting for? Download SNIKS here and start feeding those squishy, slimy critters some fruit! 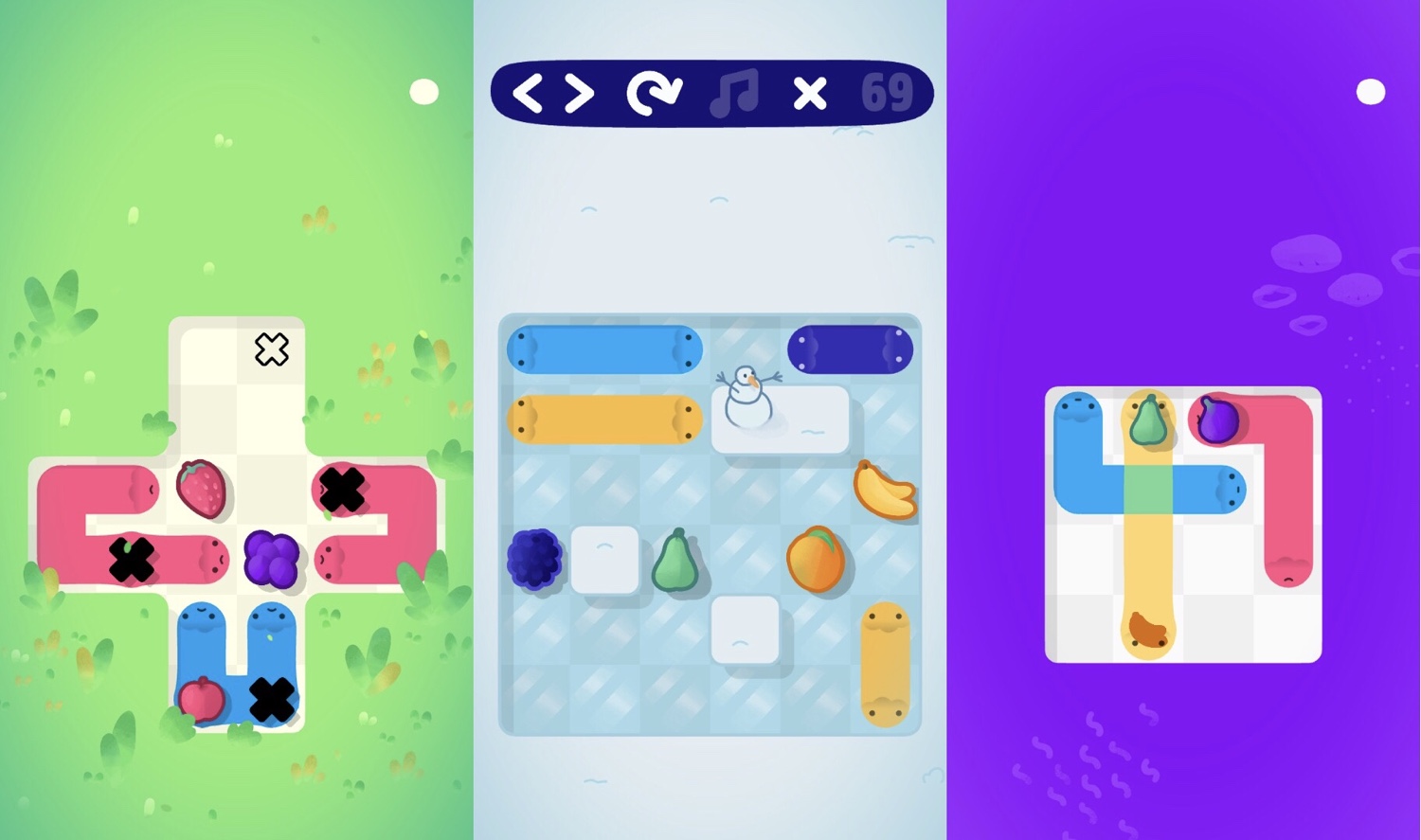 STAY: Are you there? – Complete Walkthrough Guide and Puzzle Solutions

Sky: Children of the Light – All Spirit and Wing Locations Guide