I’d been looking forward to playing KO_OP’s GNOG on my iPad ever since I heard it was coming to iOS devices. Everything about it looked like something I’d enjoy. The colorful artwork, toylike puzzle boxes, and the quirkiness of the whole thing. I was lucky enough to play a demo of it last year before it made its way to consoles, but I had to play with a controller. While it did leave me wanting to play the game, I knew that I needed it on a touchscreen for it to really work for me. Unfortunately, we had to wait a bit longer past the console release to play it on iOS, but it’s finally here!

From my first moments with GNOG, I could tell it was something special. I also knew that this was the only way I wanted to ever play it, by poking and prodding at the screen with my fingers. It’s part toy, part puzzle box, all delight. In many ways it reminds me of Vignettes, another toylike game that released this year. Each of the nine levels is accessed by lifting up a lid of a box, revealing monster head floating in infinite space. 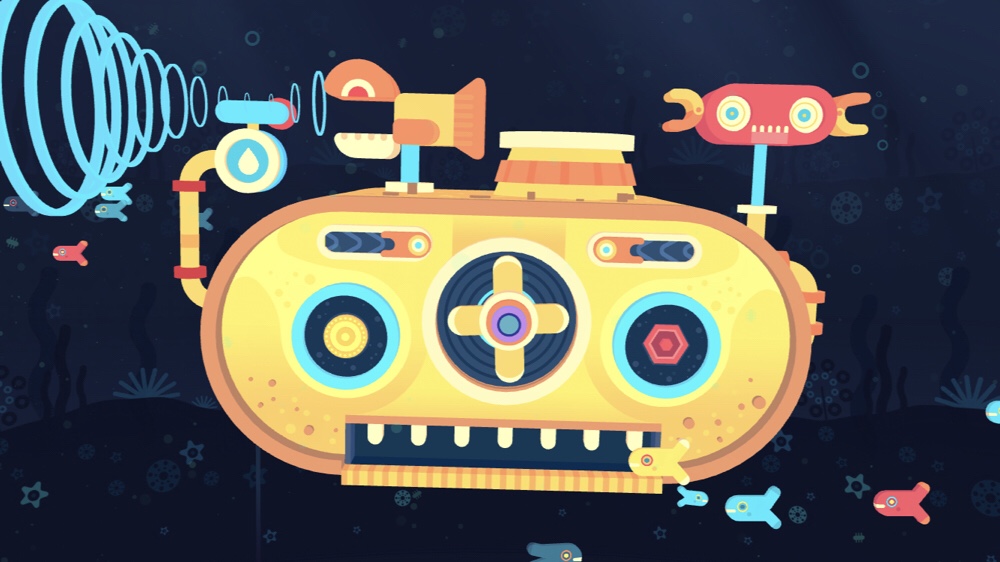 The game doesn’t give you any instructions past that. You’re left to your own devices, pressing buttons, turning handles, and sliding sliders. Everything is very tactile. A swipe across the screen turns the head around so you can access the other side. This does mean that you need to be very deliberate with all your actions, as you could accidentally turn the head instead of moving the piece you intended to. It’s no big deal, but you just need to make sure you’ve clearly grabbed onto something before swiping. It can be a slight nuisance if you move the wrong thing, but nothing’s on a timer here, so it’s little more than an inconvenience. It’s also understandable, as a lot is going on in each scene. 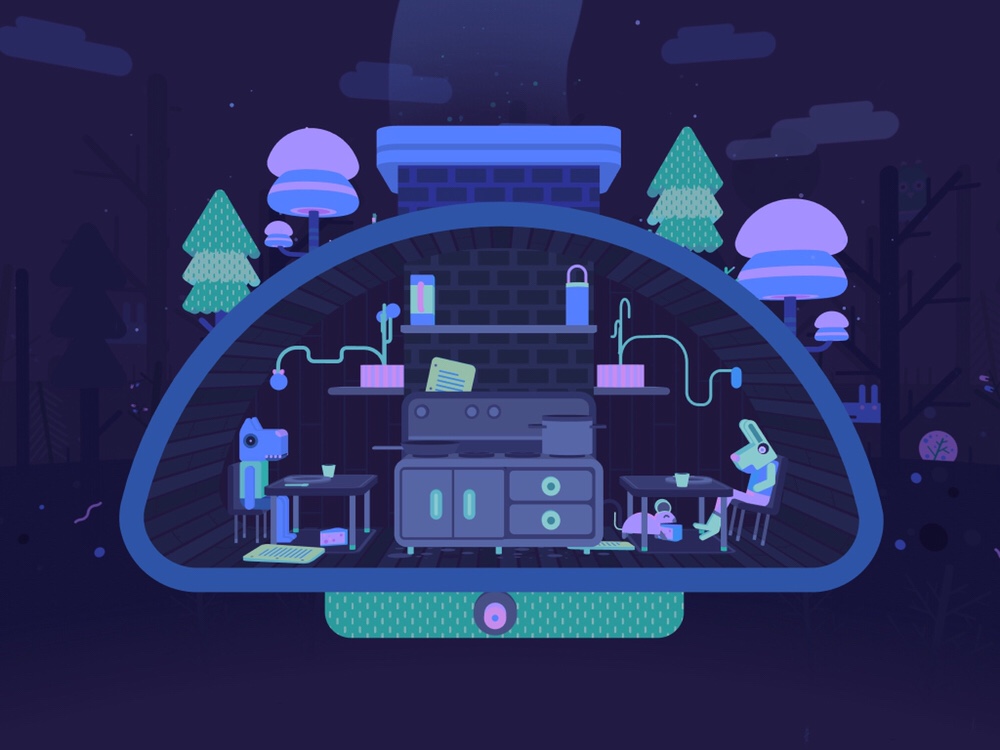 As far as puzzles go, most of them are pretty easy, with a few trickier ones sprinkled in throughout the game. Usually it’s about being observant and not missing any details. Basically, the key is to touch everything. Don’t be shy! There is one puzzle that requires taking notes, but everything else is pretty laid back and just asks you to pay attention. This isn’t a hardcore puzzler. It’s more of a toy with some light puzzling mixed in. But it’s the whole presentation that sells it. 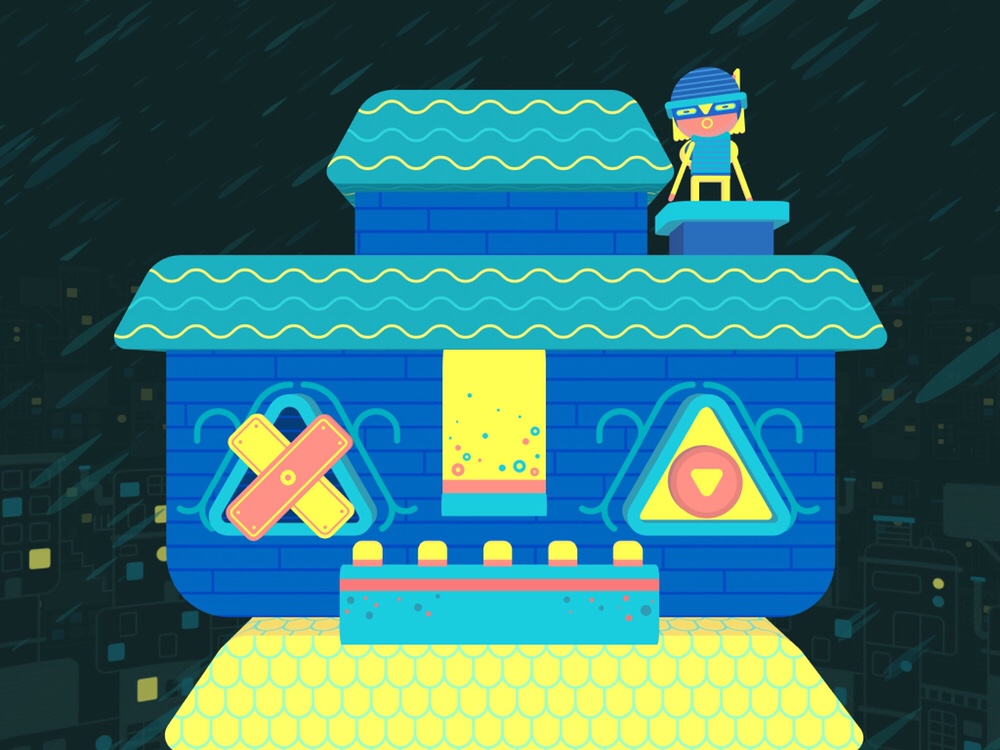 The soundtrack is possibly my favorite part of the game. It’s soothing while you’re playing, but at the end of the level it explodes into more bouncy music and the monster sings along. It’s hard not to bop your ahead along with it. This also made completing each level feel truly special. And the first time I heard one of the heads go “yay yay yay” after I solved a puzzle put such a smile on my face. 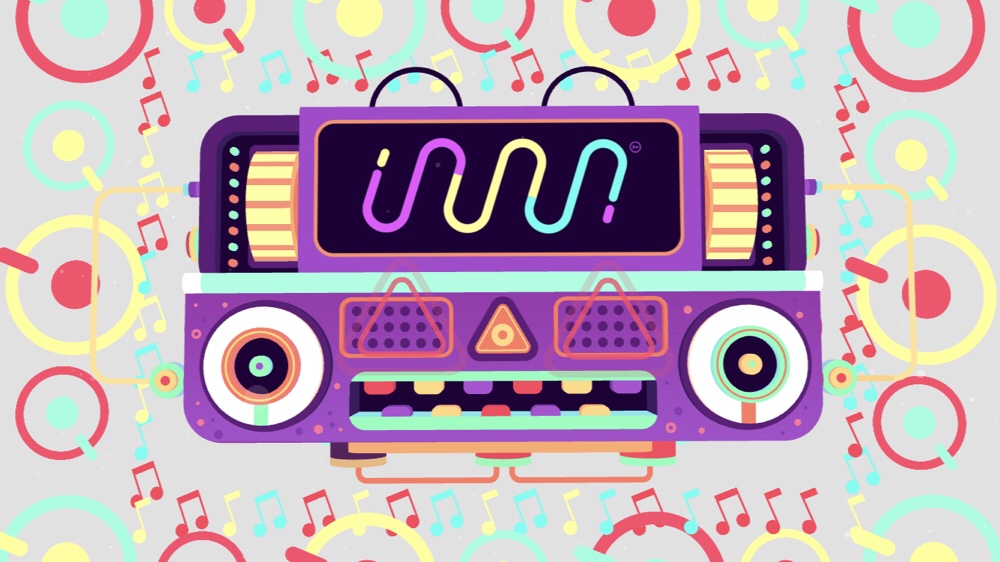 Another nice touch is the augmented reality (AR) mode. While I don’t recommend playing the game the first time with it enabled, it’s a fun little gimmick to show off to friends and family, especially kids. You simply point your your device at a flat surface, like a table or a floor, until it finds a spot it’s satisfied with. Then you can use the cursor in the center to point at objects and tap to interact. It’s clumsier to control than the normal mode, which is why I think it’s more of a novelty than anything else. But it’s fun to see the little things they added, like a frog hopping across lily pads in the first level.

While I’m incredibly happy to see GNOG finally out on iOS, not everything is sunshine and rainbows. I ran across a good number of bugs in my multiple play-throughs. Though none of them were game-breaking, it was hard to know on my first time with the game whether something was a bug or just me being obtuse. Once I solved a puzzle, I could tell when something wasn’t working right and would just reboot the app, which usually fixed it. But the first time playing, if you encounter these bugs, it can be quite the frustrating experience. I suggest, if you’re not sure whether something is working right, try restarting the level first. It’s not ideal, but none of them are so long that it should be a huge inconvenience. And the developers are working on fixing the bugs, so hopefully they won’t be around much longer. In any case, they shouldn’t prevent you from finishing the game, but can be a bit of a killjoy. 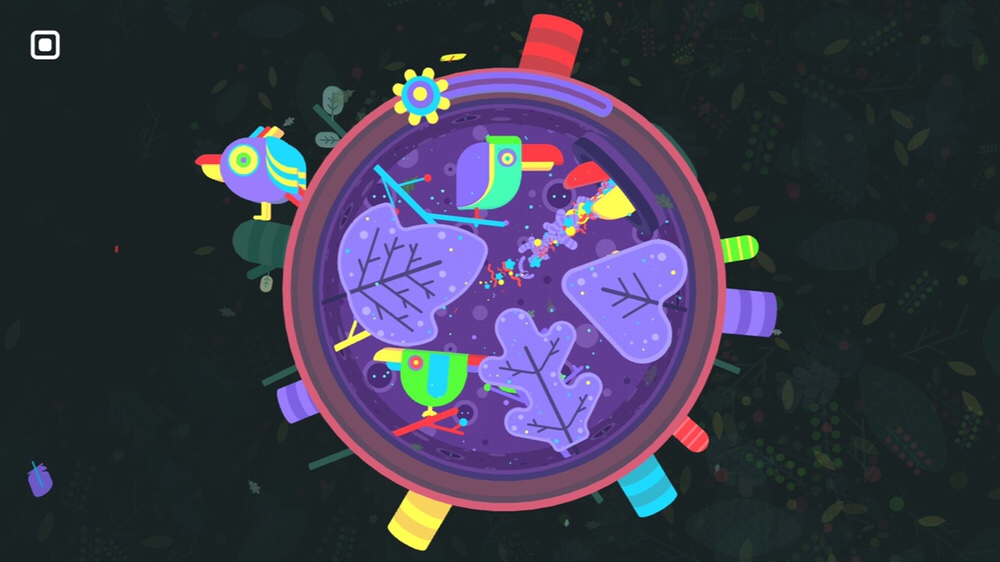 There’s also no iCloud sync, so you can’t play on one device and pick it up later on another. If you have an iPad, I would recommend playing on there for better control of all the pieces. Sadly, the game is also on the short side, so that means if you do want to catch up on another device, it shouldn’t take too long. Unfortunately, it doesn’t save mid-level, though, so if you’re already deep into a level, try to finish it before taking a break.

Overall, I’m thrilled to have finally been able to play GNOG on my iOS devices. I do wish it was longer and less buggy, and am sad it’s over. But hopefully we’ll see more content one day. It still needs to be ported to PC, so I’m not sure if or when that will happen. So just know going in that you’re getting a short but special experience, one that’s more toy than puzzler. For some, the soundtrack alone might be worth the entrance fee. Just listen to some of it in the video I linked at the top of the page. Oh, and there’s also some adorable animated iMessage stickers included! If you’re willing to spend $5 on a brief but magical experience, you can grab the game here.

And if you’re stuck on any puzzles, try my walkthrough here.