Less than a year ago, Fantastic, yes’ Returner 77 graced our touchscreen devices with some of the most impressive graphics I’ve seen on iOS. The easiest way to describe it was as The Room in space. It took place on an alien spacecraft where everything is made out of crystal. That means light glints off the myriad surfaces, creating an almost magical effect. And that’s besides the spectacular views of the cosmos. While the game offered a compelling story and interesting puzzles, the atmosphere was the main attraction for me. I spent so much of my time taking screenshots of its console-quality graphics. And the audiovisual experience is still the main selling point with its sequel that just released, Returner Zhero. Unfortunately, it’s a step back from the original in many ways.

First off, I found the story this time around a be rather confusing, even after three play-throughs. You take on the role of Returner Zhero instead of Returner 77, which makes sense. Colonel Ling is back, and she’s your primary contact and source of information. Once again, you don’t have direct contact with her, but she projects herself as a hologram to communicate one-way with you. She also appears in what seem to be flashbacks between her and Zhero, though they’re again one-sided conversations. Their injection into the story also further confused me and messed with my sense of a timeline between the two games. The end result was that I’m not really sure when exactly this all takes place. Is it a prequel or a sequel? Maybe both? And I don’t really understand exactly what they were trying to do, other than save the human race using alien DNA and a phantom crystal. I did at least get from the ending that this is all a setup for a third game, but I wish I could have left with a better sense of what happened. 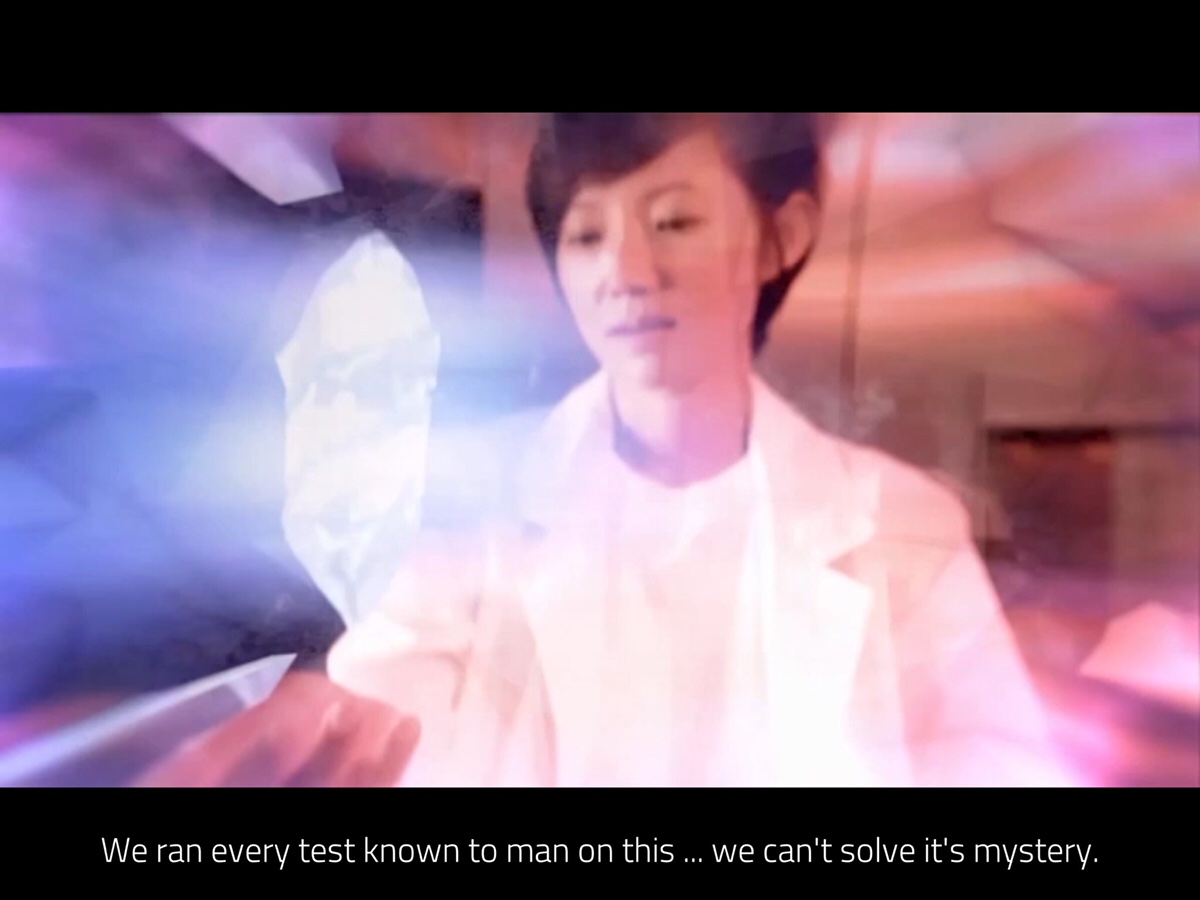 Puzzle-wise, the game is again a mixed bag of easier and trickier ones, though it does feel more sparse than the original. In 77, there were items to find throughout the game, along with the dropped video clips. This gave it a sense of exploration and made it feel like a proper adventure game, as you had to examine every nook and cranny. It also gave you an excuse to look around and take in the gorgeous views. Even if it wasn’t on the same level of the Room series as far as its puzzles and story go, it was very ambitious. And the visuals elevated everything else, making it easier to forgive any shortcomings. In Zhero, it felt like I was just being pushed from one puzzle to the next, without any reason to stop and look around. And even if I did, the visuals in most of the game just didn’t wow me the same way. The rain and flowers in the Heart chapter got me all excited about what’s to come, especially the new laser machine that sports some fancy animations. Not to mention the massive alien machines that forge the heart and would probably have been able to build Thor’s Mjolnir without any problem. But that was only the third chapter and, besides some weird and wonderful views in the Garden, the rest of the game felt underwhelming compared to the original. In fact, that third chapter was the most ambitious part of the game. The rest of it felt rushed in comparison. That’s not to say Zhero is bad, but just that I expected more from a sequel, not less. 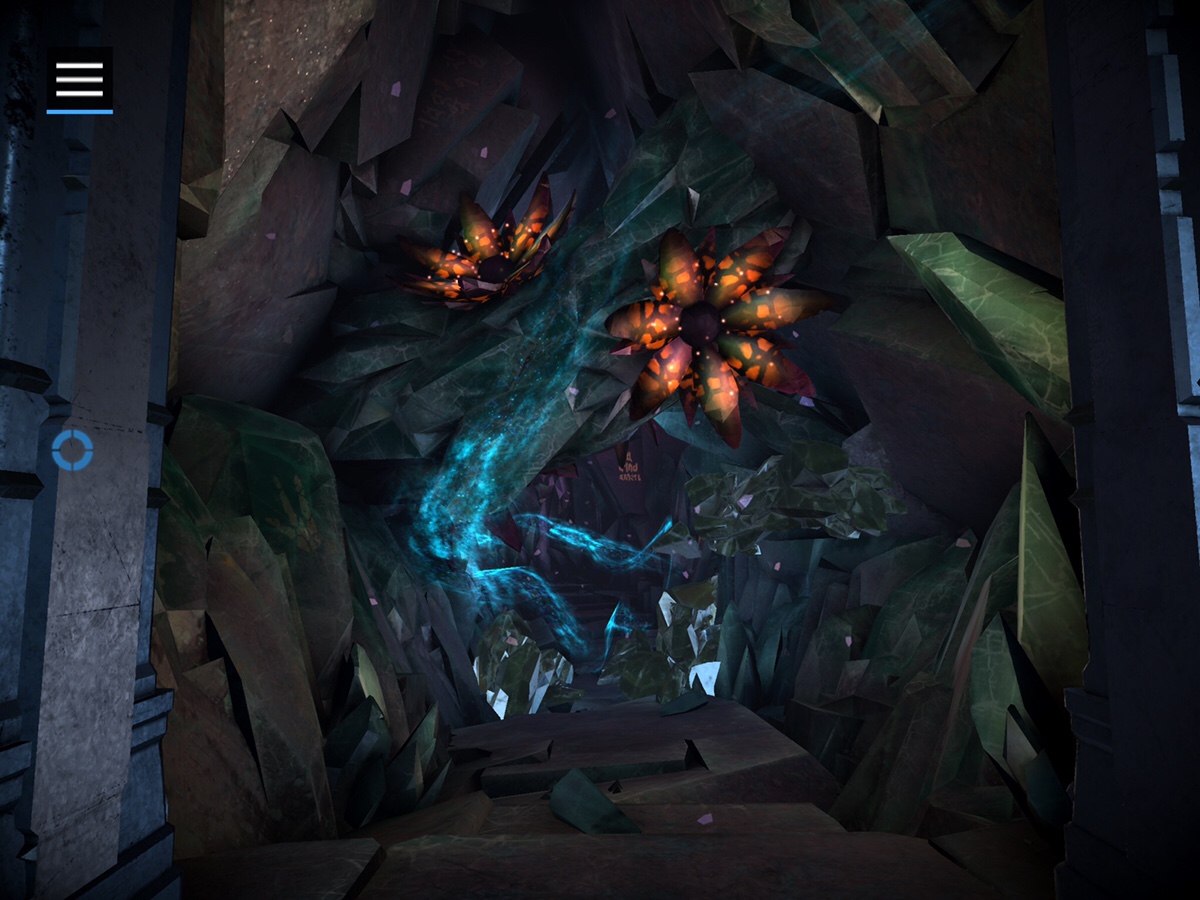 There were quite a number of laser puzzles, where you need to figure out how to get a laser from the start point to the end point. The most interesting one was early on in the game, so I won’t spoil what makes it so special. But that was the point where I got really excited about the game, as I figured there would be many more innovative puzzles like that. Unfortunately, that was the last time a laser puzzle did anything unique. Some of them still gave my brain a workout, but I craved more of that ingenuity that we saw early on. There were some basic sliding tile puzzles, and a new mechanic that lets you see hidden symbols. I did like the introduction of a new puzzle type in which you need to press a button to get a current flowing through wires to the right exit. But there were only a handful of those. In general, it seems the most innovative puzzles were used early on, so that much of the latter part of the game was more of a series of cutscenes. The zoom feature was utilized more here, as you need to use it to see clues in the distance. That was welcome, since it seemed mostly useless in the first game. There was one puzzle at the end of the game that I only solved by accident and still can’t figure out the logic behind it, but everything else was perfectly logical, even they weren’t always satisfying. 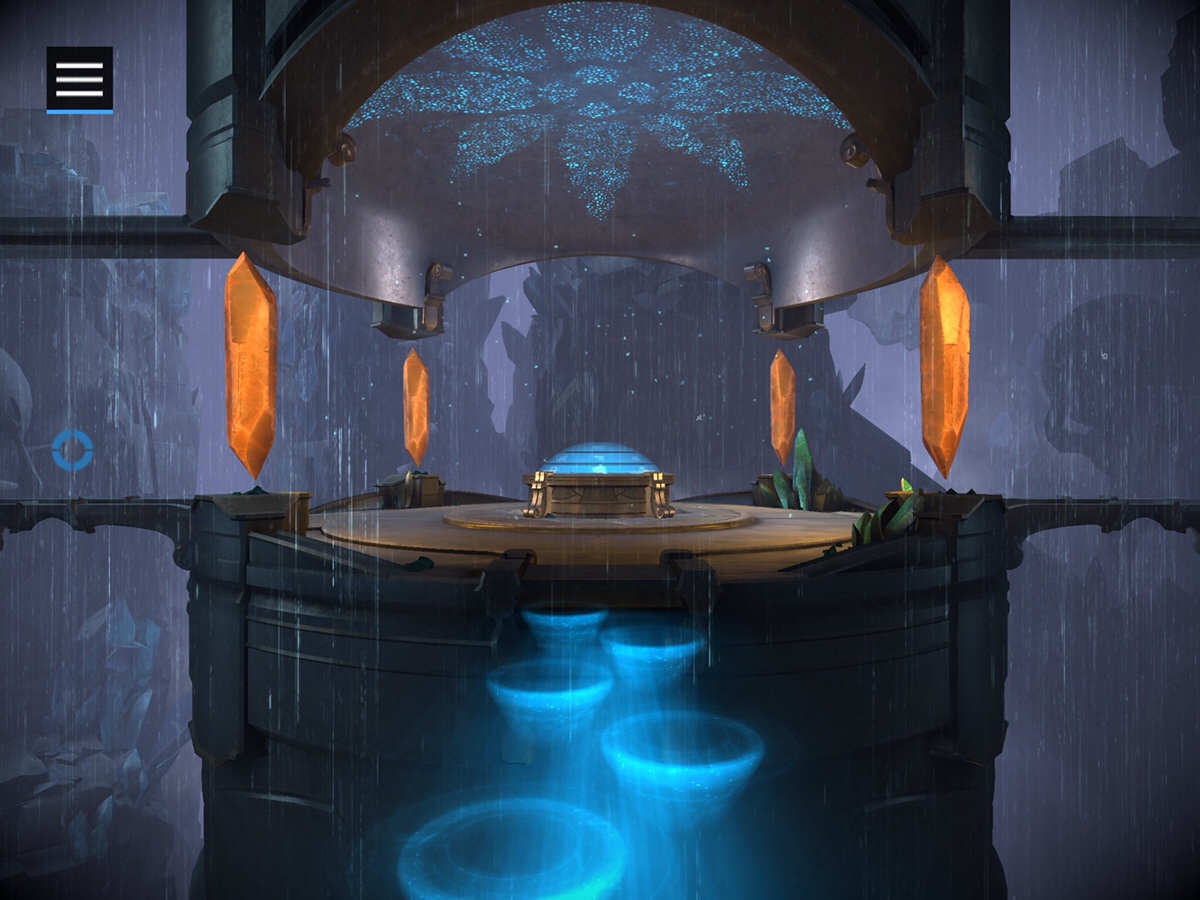 One notable difference this time around is that you have a body in Zhero. While the game is still in first-person perspective, the cutscenes often switch to third person. It’s a nice touch, and there’s good reason for it as well, related to the story. It also enables some pretty cool cutscenes later in the game, though I won’t spoil that for you.

And while the soundtrack was already great in the original, I think it was somehow even better here. I highly recommend wearing headphones if you decide to play the game. It’s tense and eerie at all the right moments, and gives off just the right vibes for an adventure game in space. All the sound effects are equally strong, giving the sense of a truly polished game. It’s unfortunate the game falters in so many other places. 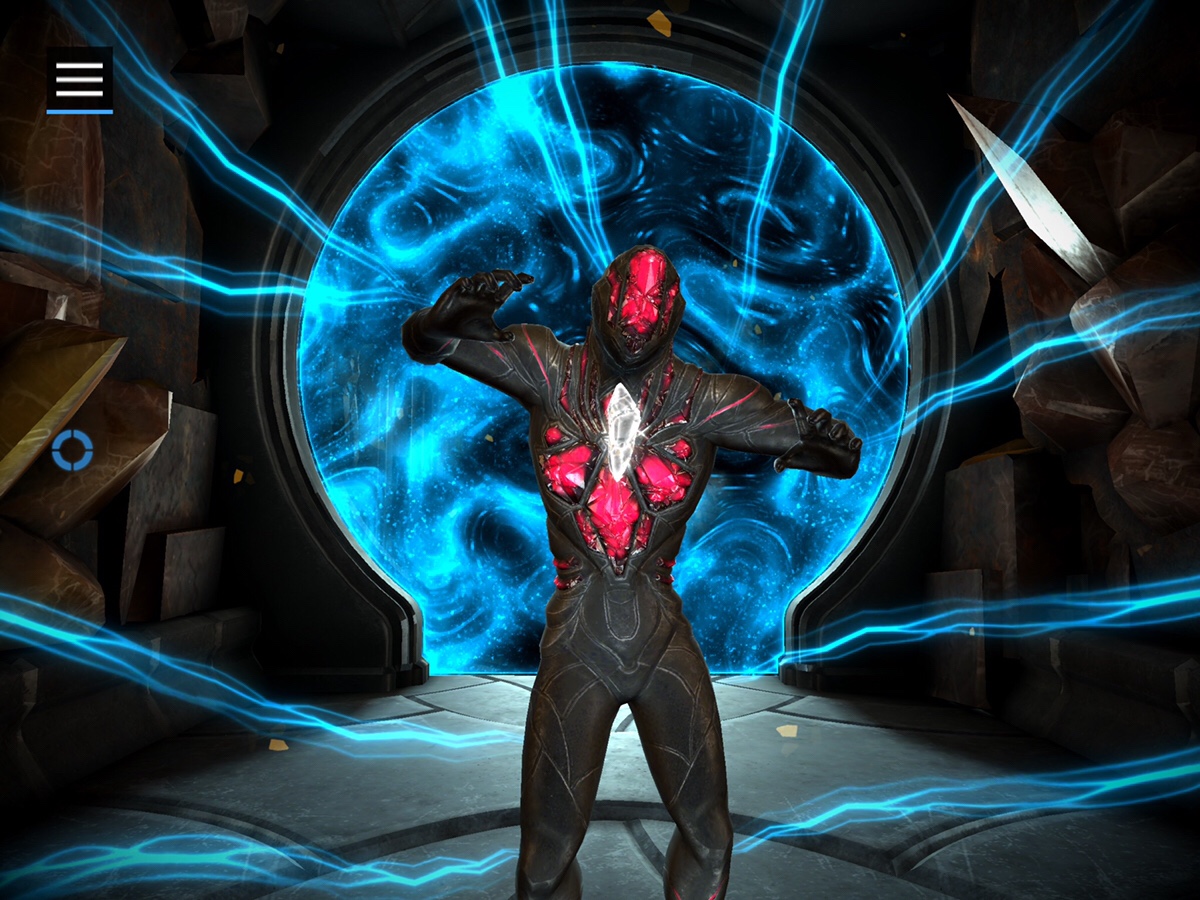 The biggest issue by far for me was the painfully slow walking pace. Even when I was enjoying the game, I was forced to stop and wait while I slowly moved between each part. There’s no way to speed it up, and when it happens every time you tap somewhere to move, it takes its toll. This hampered my enjoyment quite a bit, and if not for the first game impressing me, I might have just abandoned this one because of that. There’s very few things that annoy me more than a game wasting my time. The original wasn’t this slow, so I’m not sure why they made the sequel like this, unless it was to pad out the game and make it seem longer than it actually is. But all it does is add tedium.

Even early on, during the more enjoyable parts of the game, there was a lot of slow backtracking. The longest chapter has you slowly walk all the way back at the very end just to do one little thing. And it just got worse and worse. One of the last chapters is just a maze of caverns where you fetch one item from one end to use it at the other end, with very few puzzles to deal with. There are some very cool cutscenes in that chapter, but with very little actual gameplay, it felt like I was watching a movie where I kept having to press PLAY every couple of minutes. 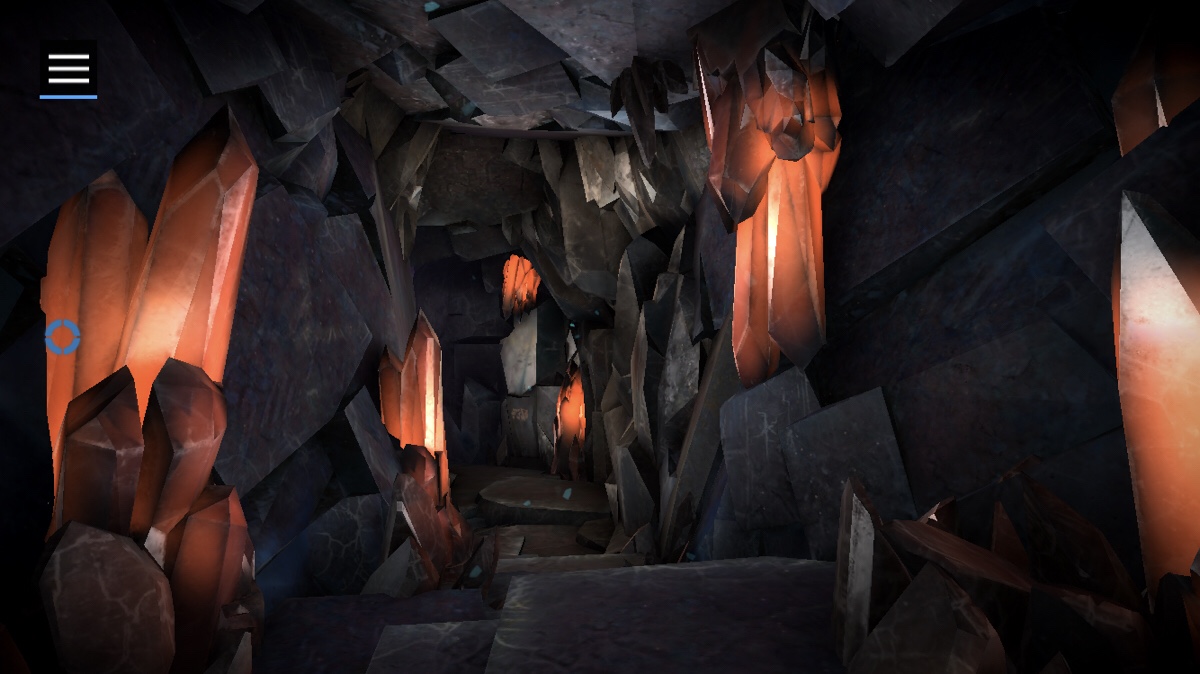 Compounding the sluggish movement, the game introduced navigational issues that weren’t present in the original. I would often double-tap on an area to move there and either stay put or go to a different part of the room where I didn’t want to be. This was especially an issue in a room that consisted of nothing but two chairs and a table. I kept trying to get to the front of one of chairs, but instead kept going back and forth between the two backs. Even if I used the hot spot locator — which seems silly just for figuring out where to tap to move — I then had to guess which of the two hot spots next to each other would get me to the right spot. Other times, it forced me to go out of my way to get to the spot I wanted to access, instead of just letting me go there directly. Again, I didn’t have these issues in the first game, so I’m not sure why they became a problem now. But together with the slow walking speed, I came very close to quitting many times. 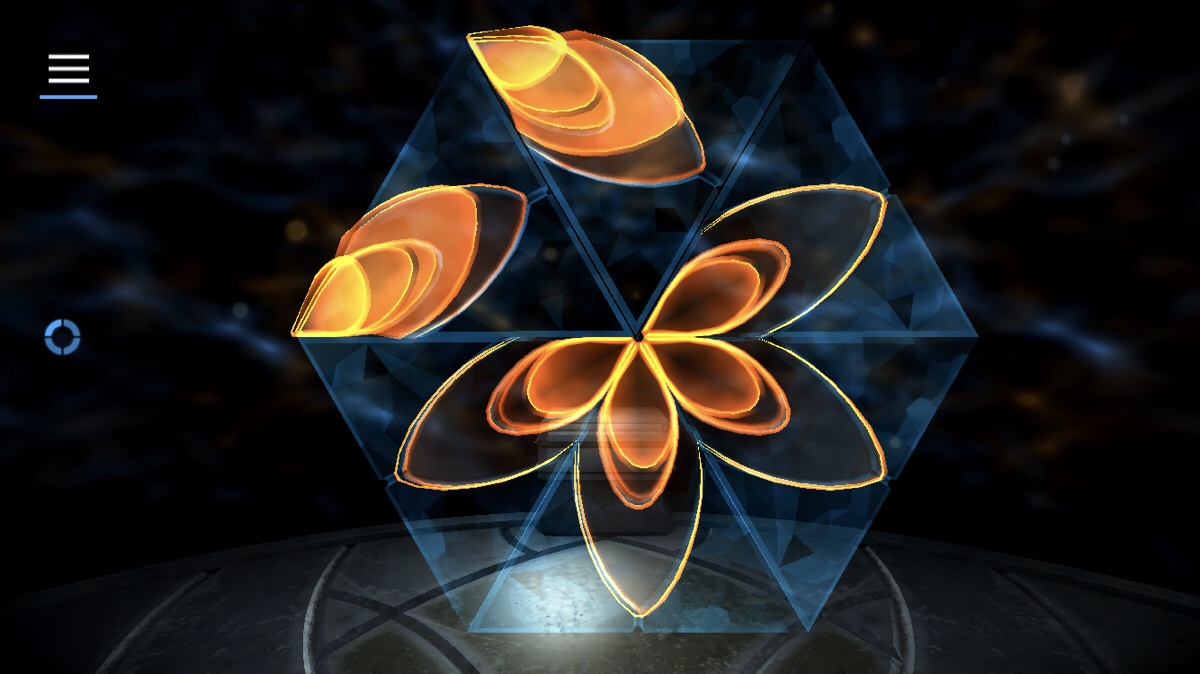 And while this is a smaller issue for me than the movement, I found the voiceovers and video clips far less impressive this time. Colonel Ling’s voiceovers weren’t perfect in the first game, but the short, choppy video clips made it hard to notice. Here, she’s given much longer cutscenes and, unfortunately, her voice acting was the weakest point of the game for me. The cutscenes also came off very cheesy compared to those in the original, and he dialogue was often downright bizarre or out of place. I was pleasantly surprised to see John Guilor of Contradiction doing the voice of the AI, and very convincingly so. But he only had a couple of short parts in the game, and there was still something weird about them. The lines seemed disjointed and didn’t flow smoothly, as though they spliced together individual lines from a longer speech. Perhaps it was because Zhero was supposed to be filling in the gaps in the conversation? But without that, it just didn’t work quite as well. The AI’s visuals were done well, though, and like I said, John Guillor did a great job with the voice acting. 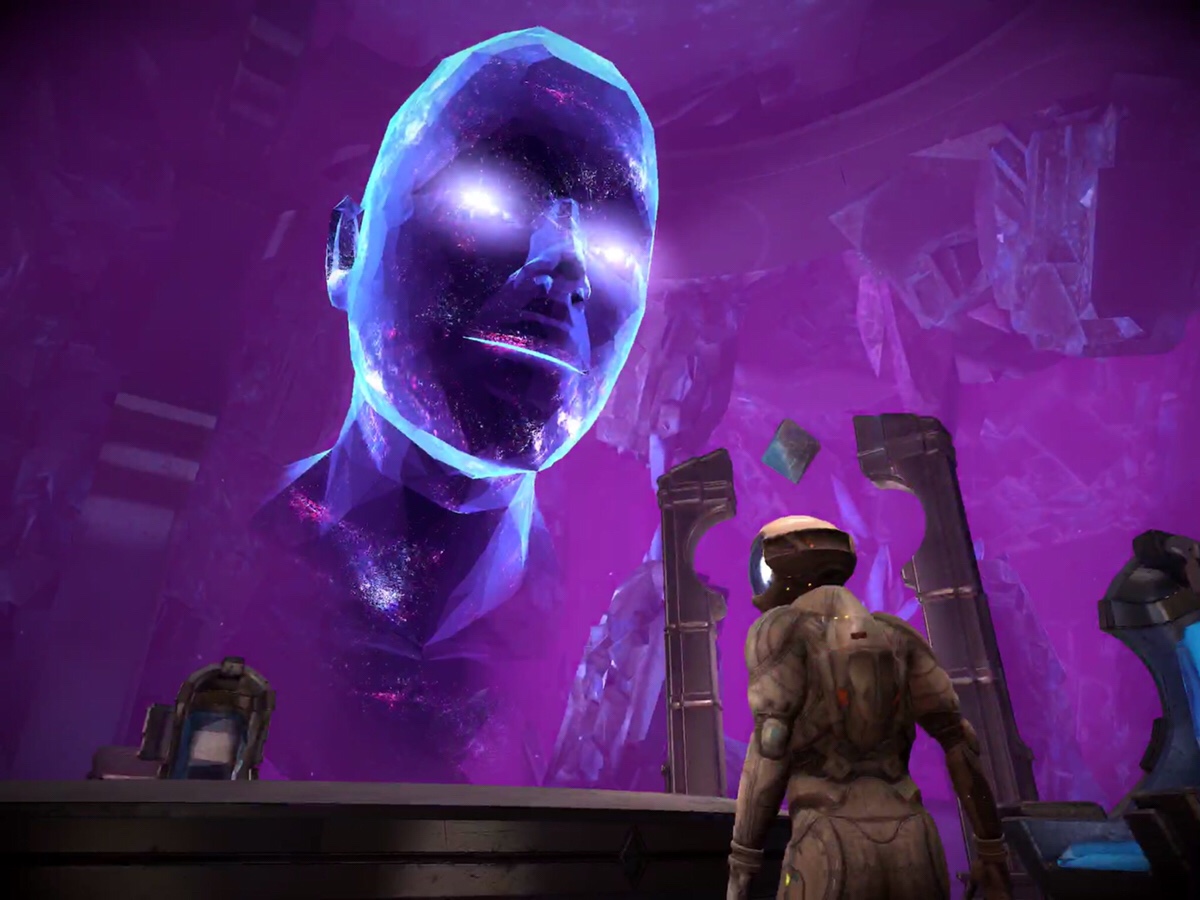 All in all, I don’t regret playing Returner Zhero and I’m still looking forward to the next game in the series. But I hope some of the bigger problems can be ironed out, especially the slow movement and clunky controls. If you’re new to the series, I would say start with the original and if you absolutely need to see where the story goes, then go ahead and play this one as well. But be aware of all the issues and make sure you’re patient enough to handle all the slow walking and mishandled hot spots. There are certainly some solid puzzles, but getting from one to the next is a slog, so you’ll really need that patience. And while the scenery might not be as jaw-dropping as in the first game, it’s still leaps and bounds ahead of almost any mobile game out there. I definitely took my share of screenshots, even if most of them were in the earlier part of the game. The bottom line is, I can’t recommend Returner Zero without some caveats. It’s not something to avoid at all costs, but it’s also not a must-have in its current state. But since the original got some later improvements, including a whole extra chapter, I can only hope that this one will as well before the next game comes out. If you can’t wait till then, download the game here and continue your space adventure.

And if you’re stuck, try my step-by-step walkthrough guide.