Fivestones Games made quite the first impression this week when they released their debut mobile game, a hand-drawn puzzler called ALTER: Between Two Worlds. It has you playing as Ana, a woman with the ability to warp between parallel dimensions that occupy the same space. By pushing cubes around, hitting switches and manipulating lasers, she can prove her mastery over enemies trying to stop her from progressing on her journey. While not the longest game, ALTER provides enough variety through its eight chapters to make it a worthwhile puzzler for any fans of the genre.

The controls in ALTER are simple and touchscreen-friendly. The game is grid-based and you simply tap on a tile to have Ana walk there. To push a block, just get next to it and then tap and hold until it’s in place. You also unlock two buttons — one that allows you two warp between alternate realities when you’re standing on certain tiles, and another that lets you send cubes through to the other dimension. These are all the tools you need, and since the game is in portrait mode and everything fits within the confines of a single screen, you can do it all with one hand. As you progress, you’ll encounter three different kinds of enemies that need to be dealt with in different ways. The most interesting one, though, is the dancer that moves up and down or left to right in one world, but turns into a statue in the other. This offers so many possibilities, as the dancer kills you if it touches you while it’s moving, but can be pushed around like a cube if it’s frozen as a statue. This makes it just as much — or perhaps more so — a tool as an enemy. It’s used in such clever ways that make it truly exciting to encounter that “aha!” moment in a tricky puzzle. 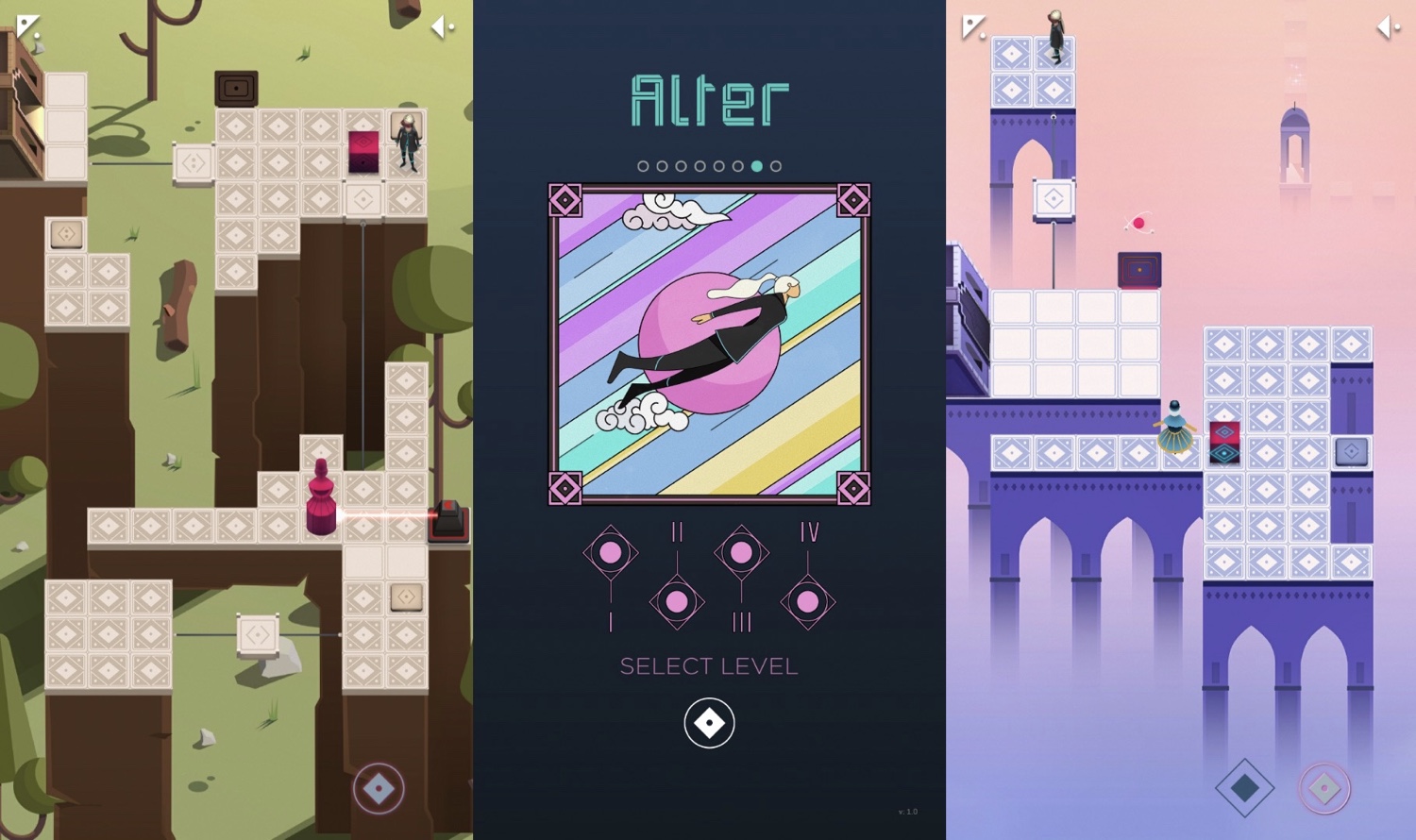 What I loved about so many of the puzzles is that I often got stuck on one little detail that I overlooked. A level might seem very straightforward, and then suddenly I’d be unable to get to the door I just opened. Sometimes that meant rethinking my entire solution, while other times it just meant remembering all the tools at my disposal. Either way, those eureka moments were very satisfying. And it doesn’t hurt that the artwork is easy to look at and the soundtrack never gets too repetitive or annoying, even when working on the same level for a while. ALTER is the full package. 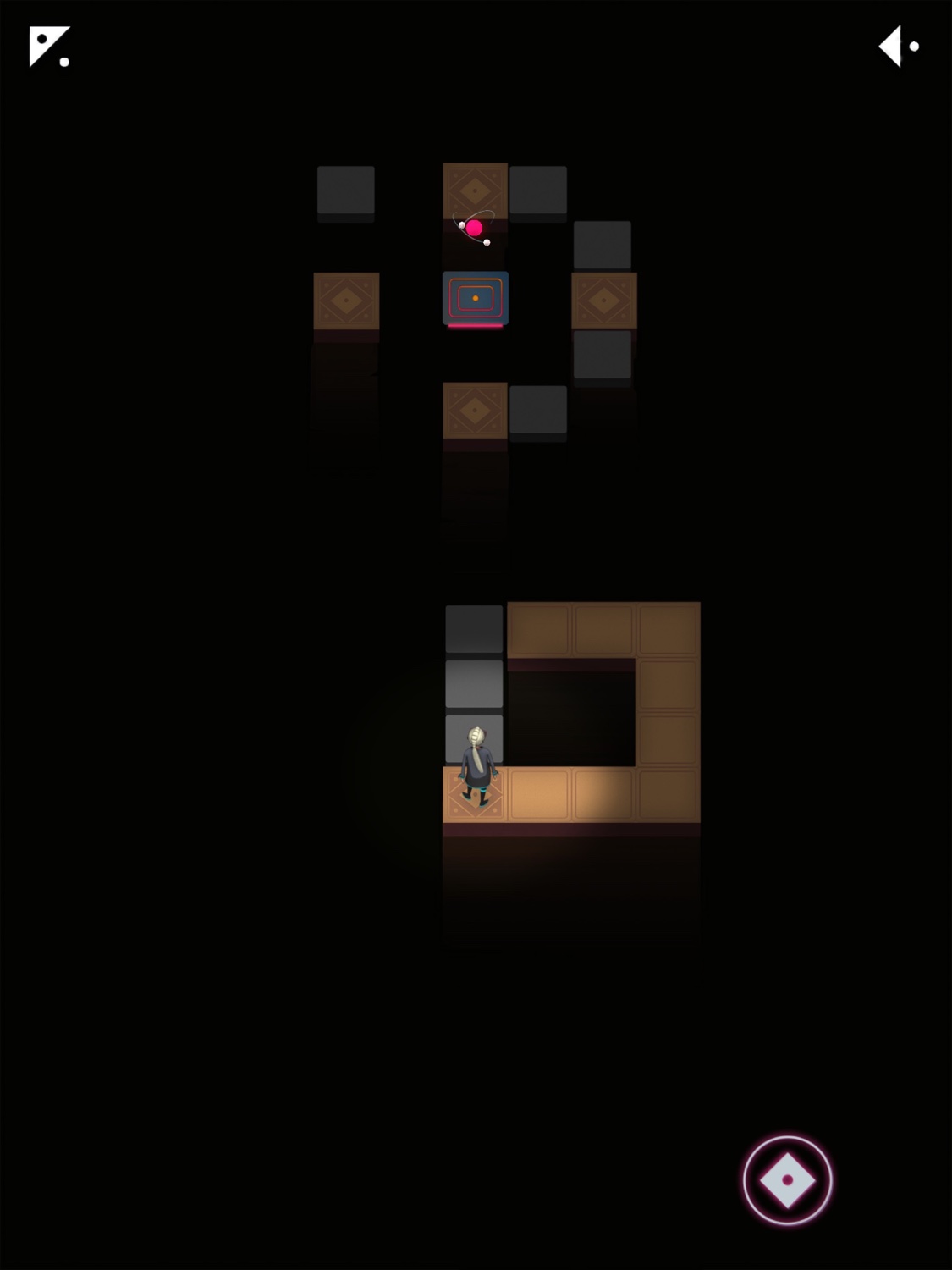 I thoroughly enjoyed my time playing through ALTER, and my only real complaint is that it’s on the short side. It introduces some really interesting mechanics — and uses them well, too — but ends too quickly. I want to see more puzzles using these ideas. For instance, one of the enemies is only seen in one early chapter and then vanishes. I would have liked to see him used together with the other enemies encountered later. There’s also an early mechanic with disappearing tiles that is mostly abandoned after a chapter or two. Even though most of the mechanics are explored in depth, I felt like I was just getting started when it ended. I don’t think the game needs two hundred levels, but I still would have liked to see everything pushed a little further. I also wouldn’t have minded a more cohesive story, but that’s mainly because the game seemed to be trying to tell one that I didn’t really understand. But when it comes down to it, I’m much more interested in the puzzles than the story, so that’s not a huge deal. 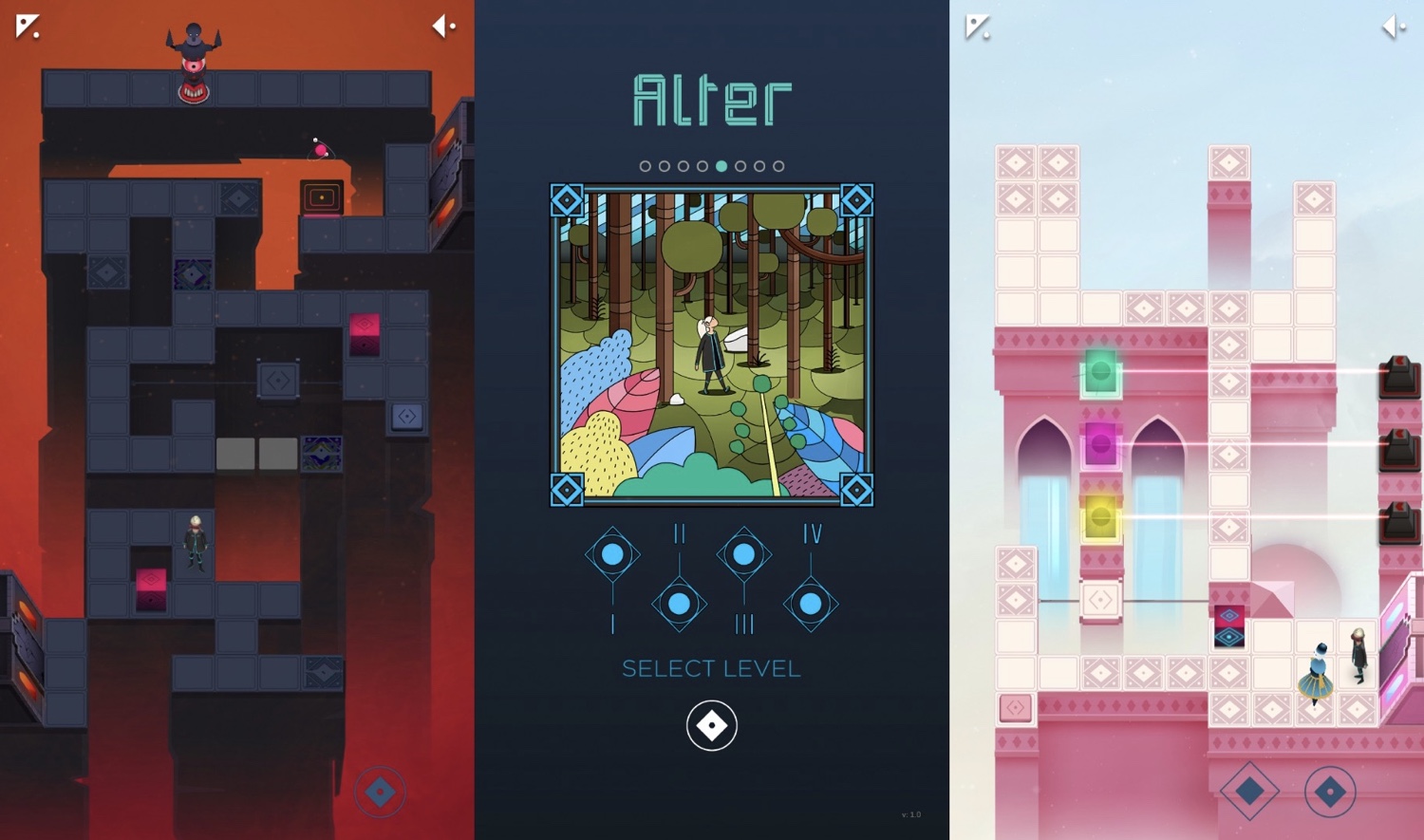 ALTER: Between Two Worlds is a quality, hand-crafted puzzler with unique ideas I haven’t seen elsewhere. I am sad it’s over and hope the developer might one day expand on it or make a sequel. But even as is, I had a great time figuring out how each of the mechanics work and then putting them to use. Even when I got momentarily frustrated because of a mis-tap or other mishap, I would quickly forgive it and get back to solving the puzzles. ALTER is about quality over quantity, and if you’re willing to pick it up despite its brevity, you’re in for a treat. So download it here and explore the multiverse!