91. There’s a new location on the map. Head there and a black bear will attack you on the way. It has 650 hp and damages you for 130 per hit. I suggest using some cobalt bolts. You’ll get 350 gold for killing him. 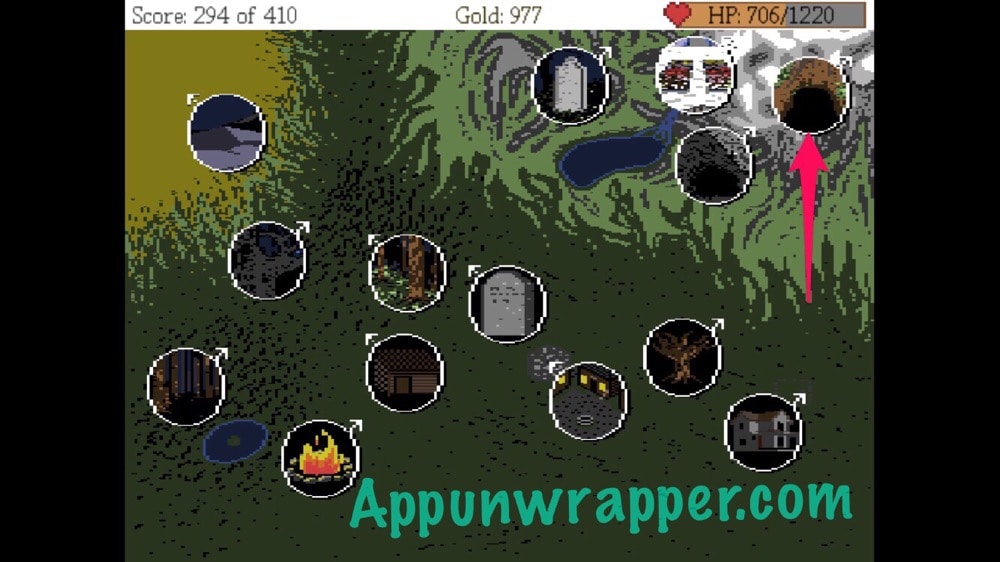 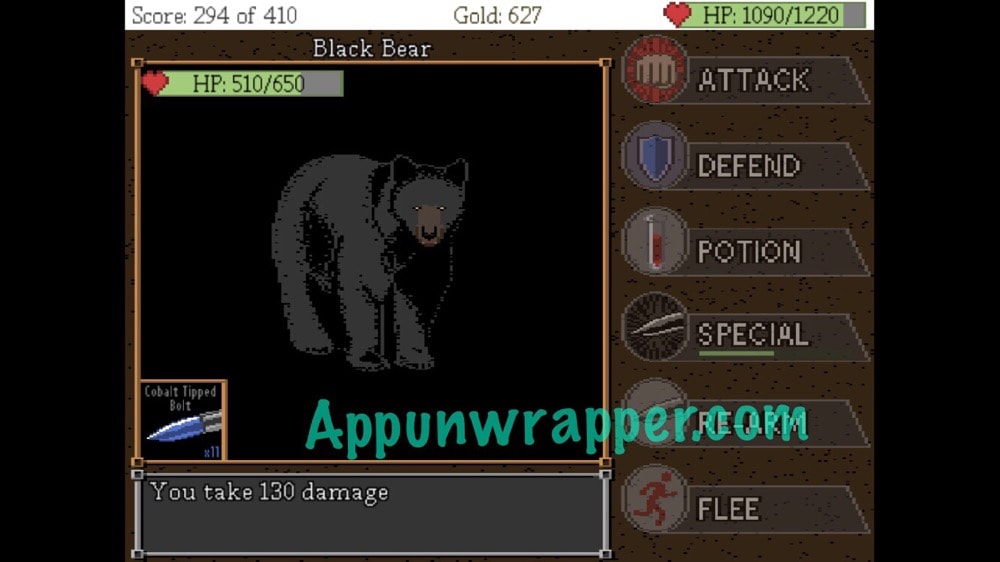 92. There’s a cave in front of you with a lava pit blocking your way. Throw the ice crystals into the lava and the lava will dry up and harden. You can now cross. 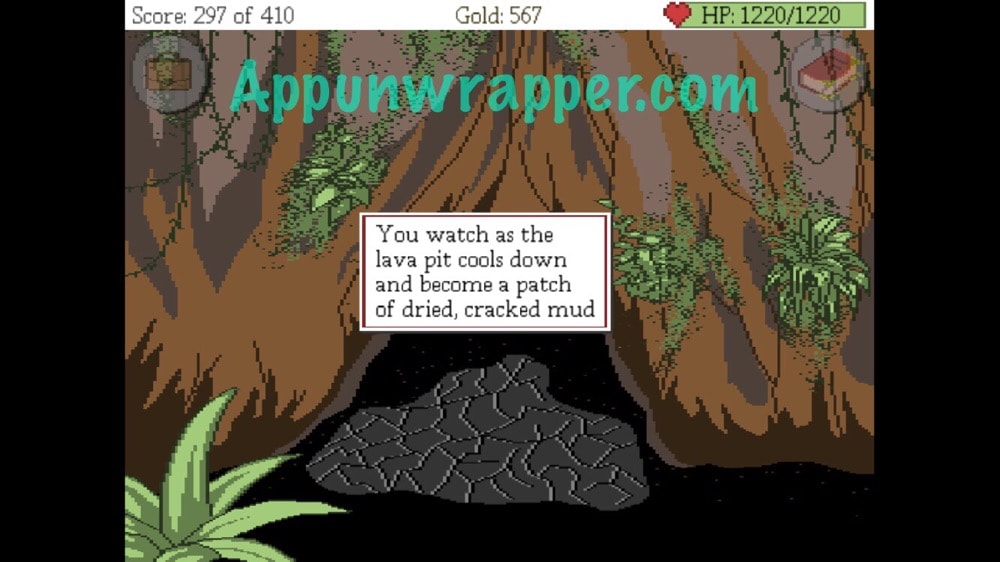 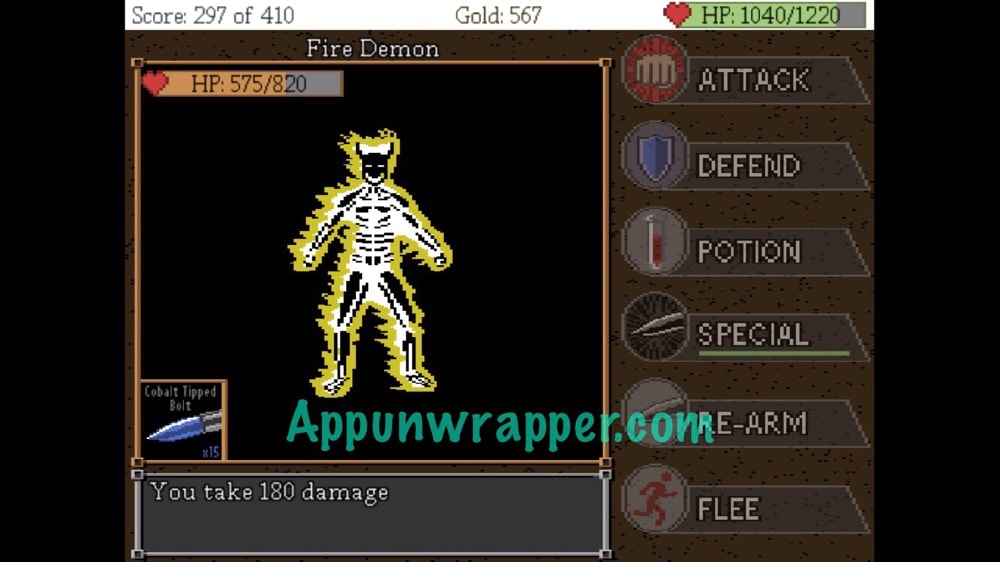 94. Use the vial of honey on the fireflies to get them to come down. Then catch them in the glass jar. 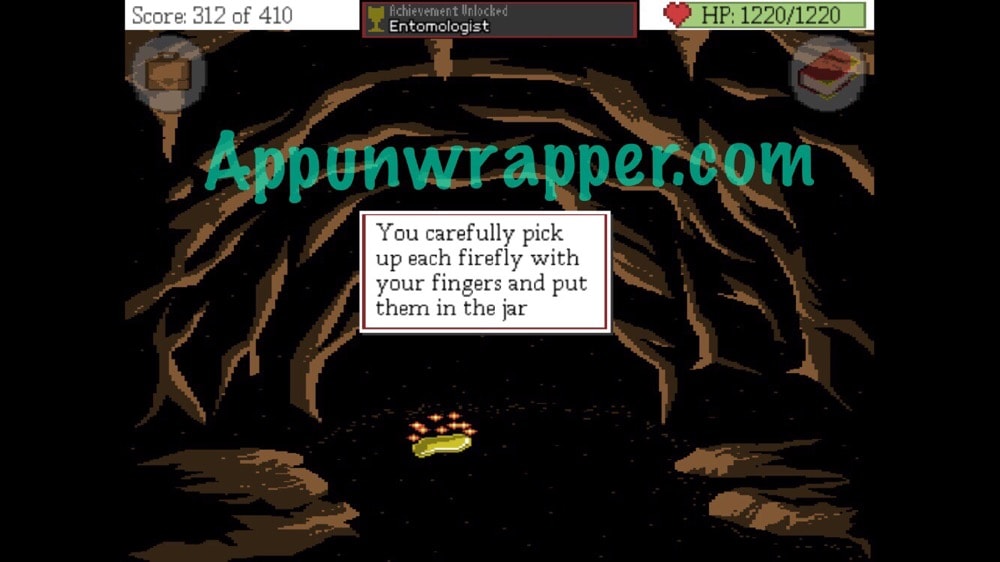 95. Go back to the ice queen and give her the fireflies. She gives you permission to pick from her flower beds. So open Mr. Barlow’s diary and make note of which flowers you need. 2 x Scarlet Gilias, 1 x Wild Iris, 2 x Bleeding Hearts, 3 x Mountain Lily, 4 X Golden Lily. Like so: 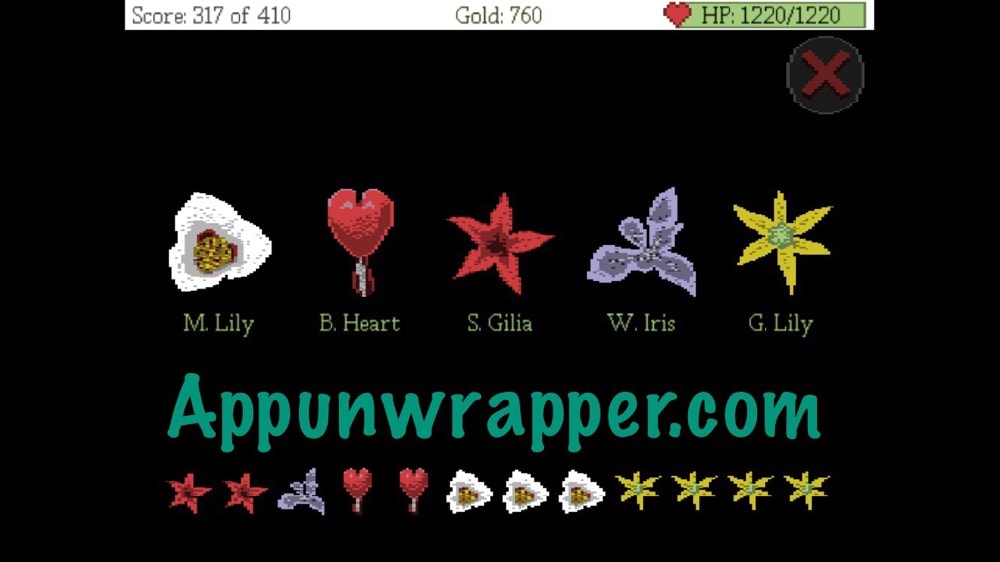 96. Ok, let’s prepare to battle that Banshee at Ravenwood Cemetery. Mr. Barlow’s diary says “Note: Banshees can be destroyed using the stone of love.” Go back to the village. Time to buy some new upgrades. You can now buy steel bolts that deal 250 damage for 17 gold a piece. The Rose Quartz bolts are the “stone of love,” so buy a few of those, too. 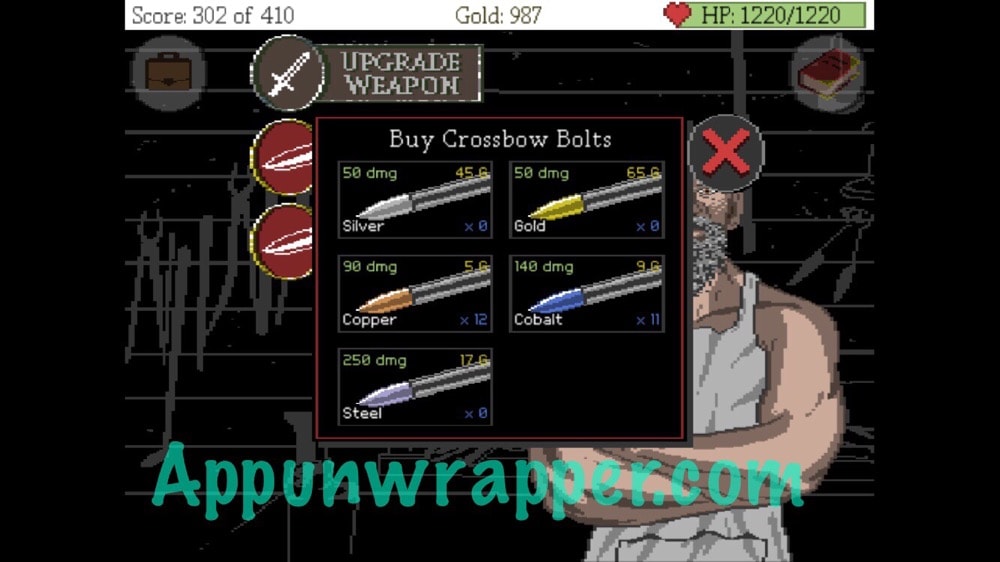 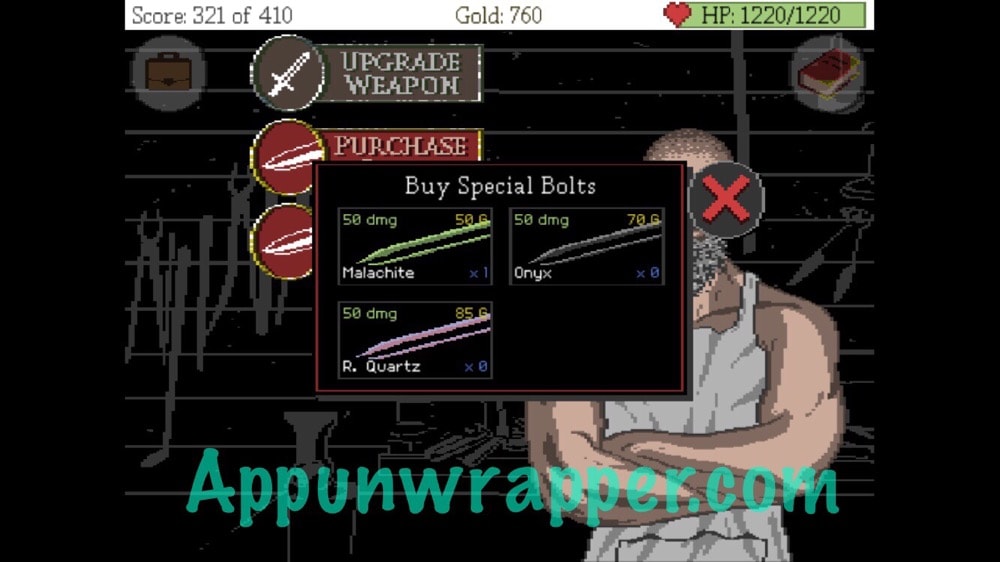 97. Buy a new tattoo from Seema, the one that silences your enemies. It costs 240 gold and is needed to fight the banshee or she’ll crush you. It suppresses her special power, which is a screech. 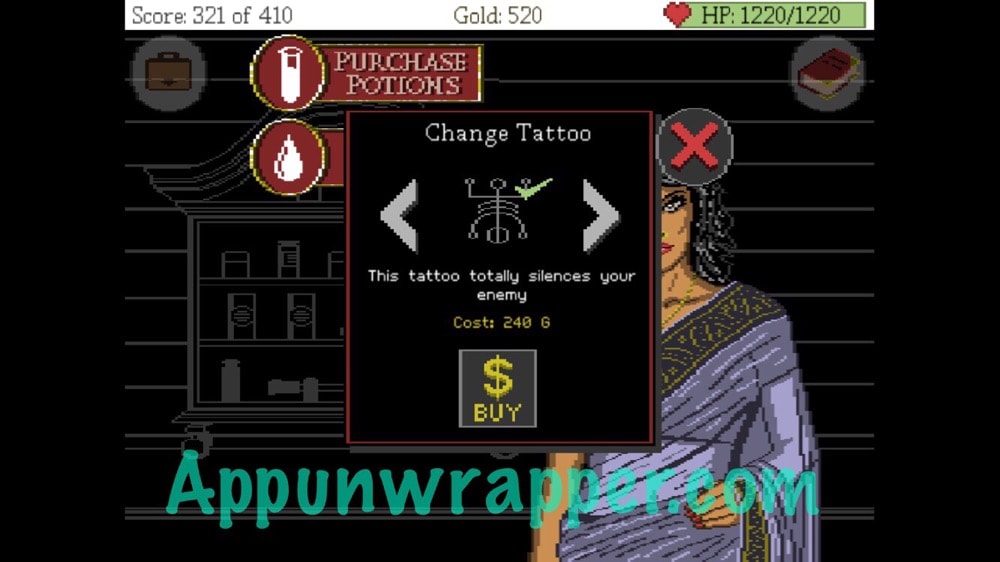 98. Ok, we’re ready! Let’s fight the banshee at the cemetery. Use steel bolts when you have to use regular bolts and Rose Quartz bolts when you’re allowed to use a special bolt. She has 3500 hp and damages you for 235 even with the tattoo on. The steel bolts deal 250 damage and the Quartz deal 1282 at 100%, so if you have precision, you shouldn’t need more than three Quartz bolts. You’ll get 600 gold for defeating her. 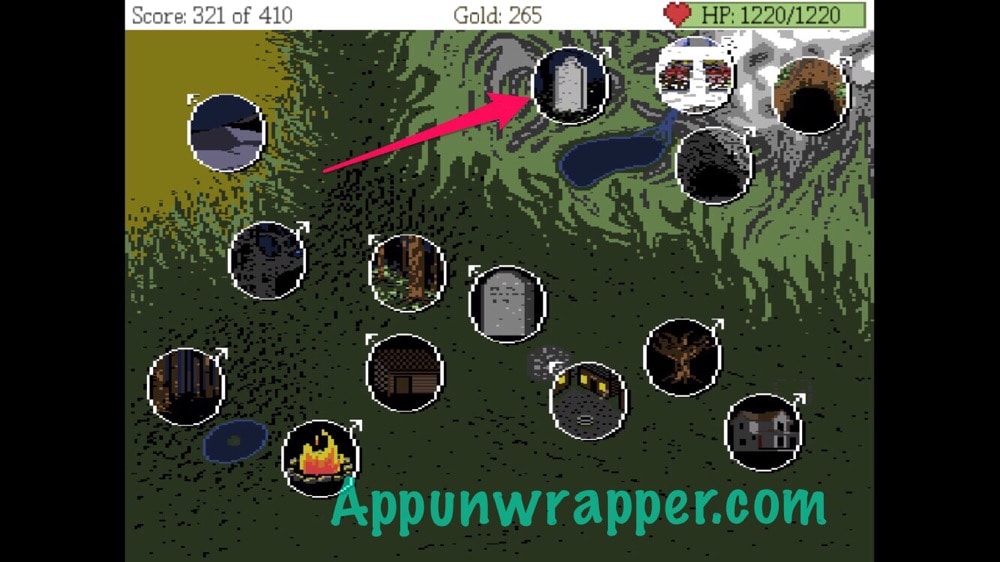 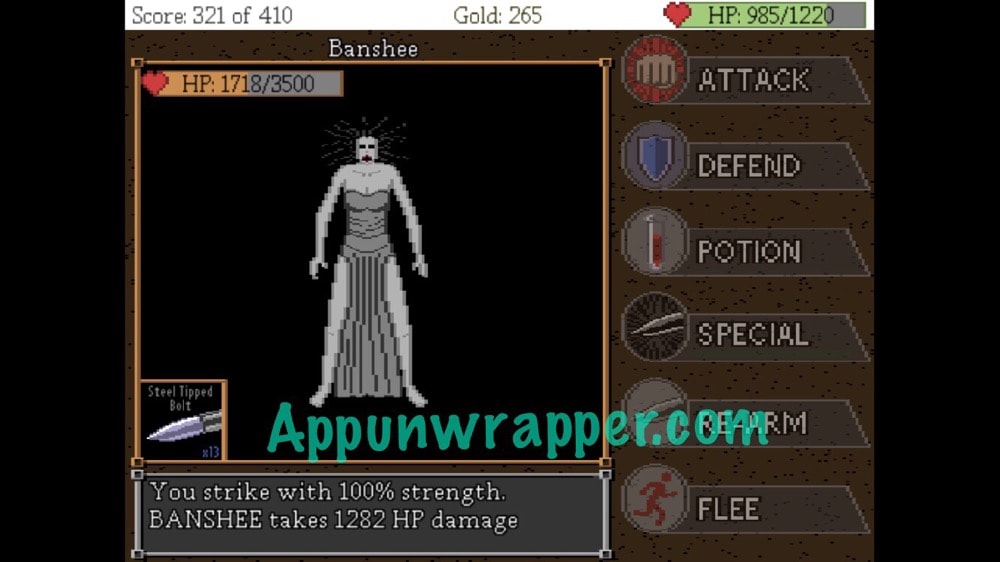 99. You can now hunt in the cemetery. There are ravens, crows and vampire bats. Get yourself a raven and three crows for an armor upgrade. Go back to Ivan to buy the Crow Armor, which costs 780 gold and requires 1 badger pelt, 1 cobra skin, 1 jaguar pelt, 1 raven feather, and 3 crow feathers. 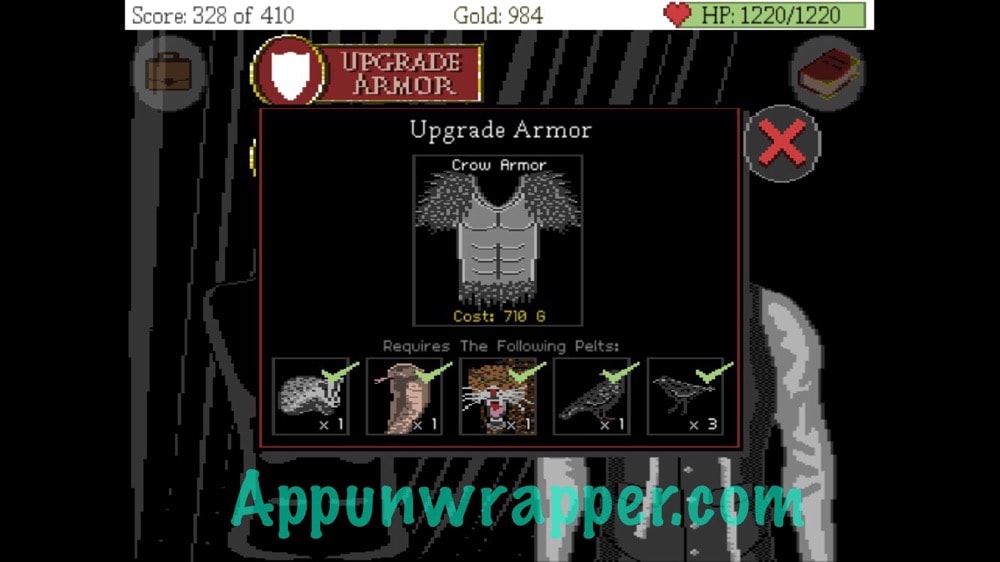 100. Enter the cemetery and place the flowers on the grave. 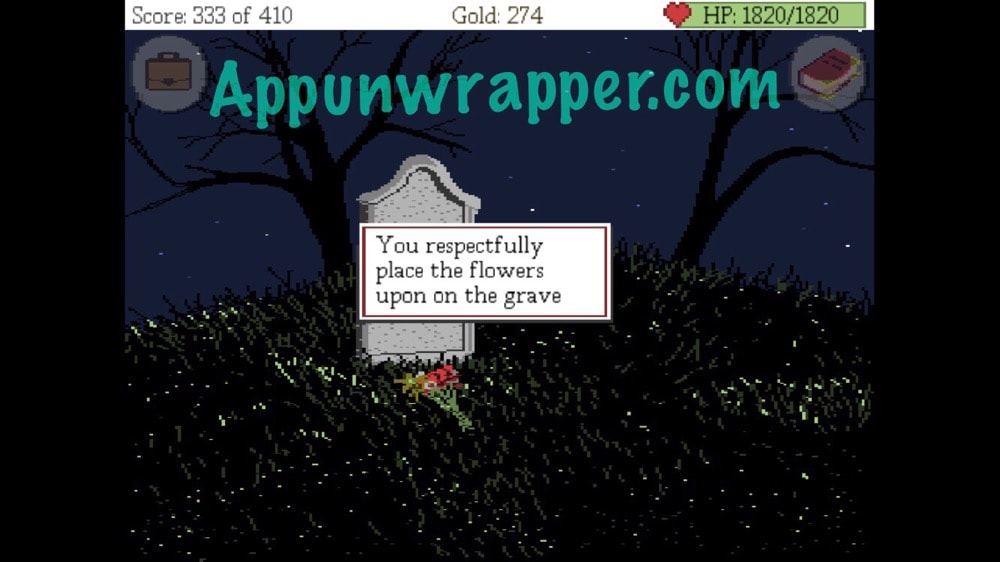 101. Go to the cave that was empty before. An elderly woman will greet you. Talk to her. She wants you to fight the guardian of Hell. But first, you need to get the last amulet piece from a werewolf. She tells you to bring her wolfsbane from Lake Dagon so she can make you a bracelet to weaken the werewolf. 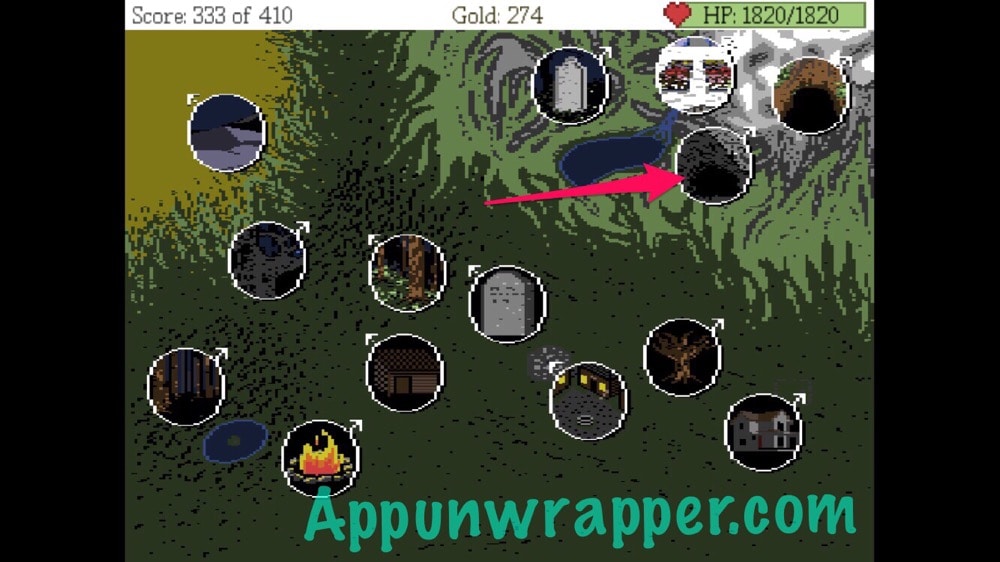 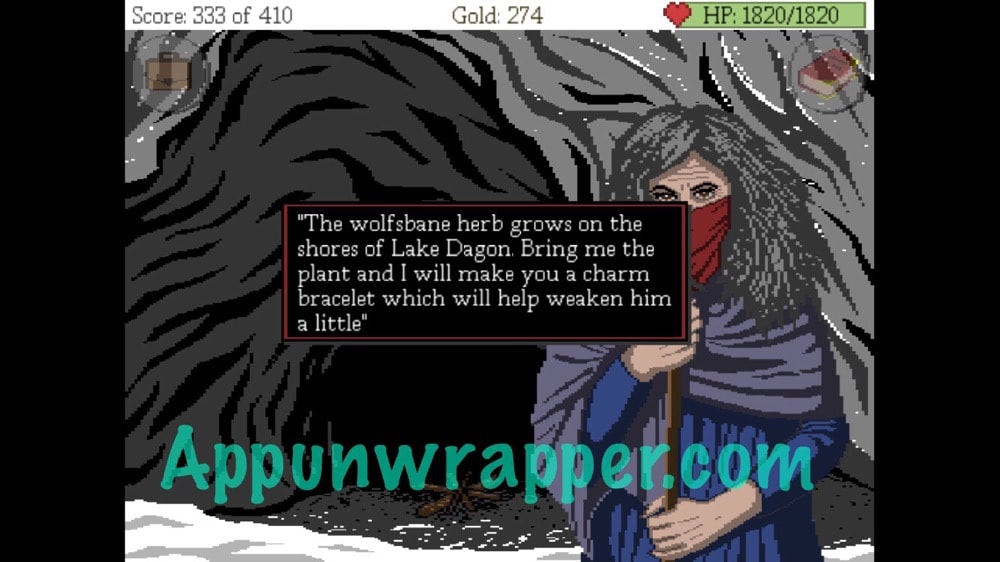 102. There’s new location on the map. It’s Lake Dagon, but a Bone Crab will attack you when you get there. It has 5000 hp and a weakness. He also has a special power, which is electricity. Let’s figure out the weakness before fighting him. 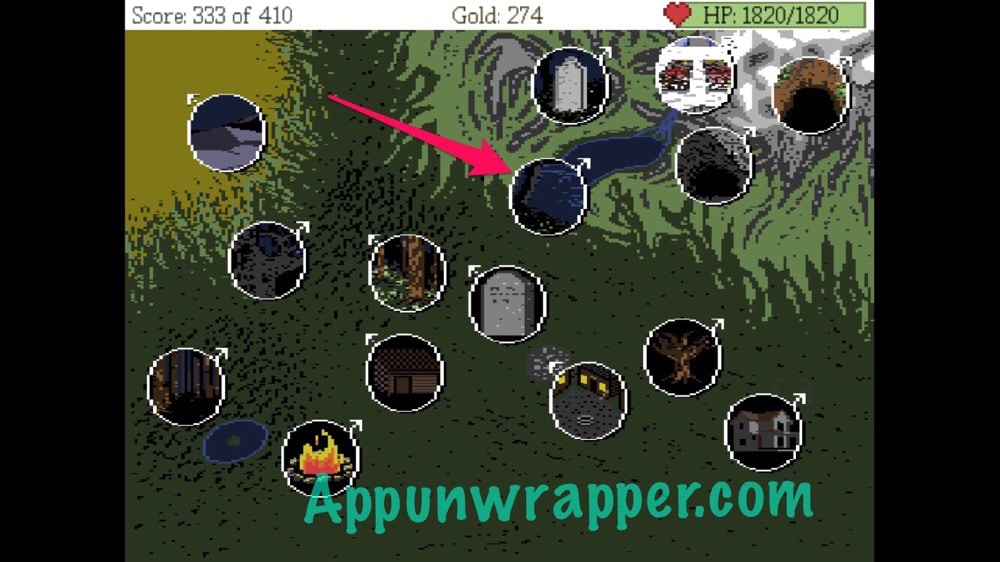 103. Go back to town. Get the tattoo from Seema that protects against electricity. 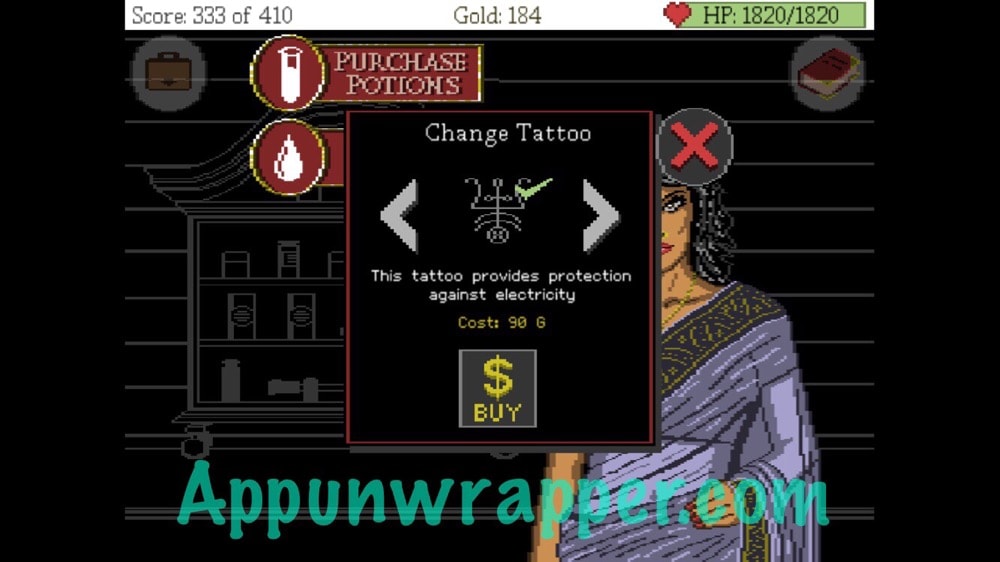 104. Olaf has new special bolts available — Moonstone and Bloodstone. Neither one is effective against the bone crab. But onyx is super effective against it! Stock up on a few onyx bolts and go to Lake Dagon to fight the bone crab. Like I said, he has 5000 hp. He also does 300 damage even with the tattoo that weakens him. Onyx bolts will hit him for 1938 damage at 100%, so if you’re accurate you only need to buy 2-3 of them. You’ll get 700 gold for defeating him. 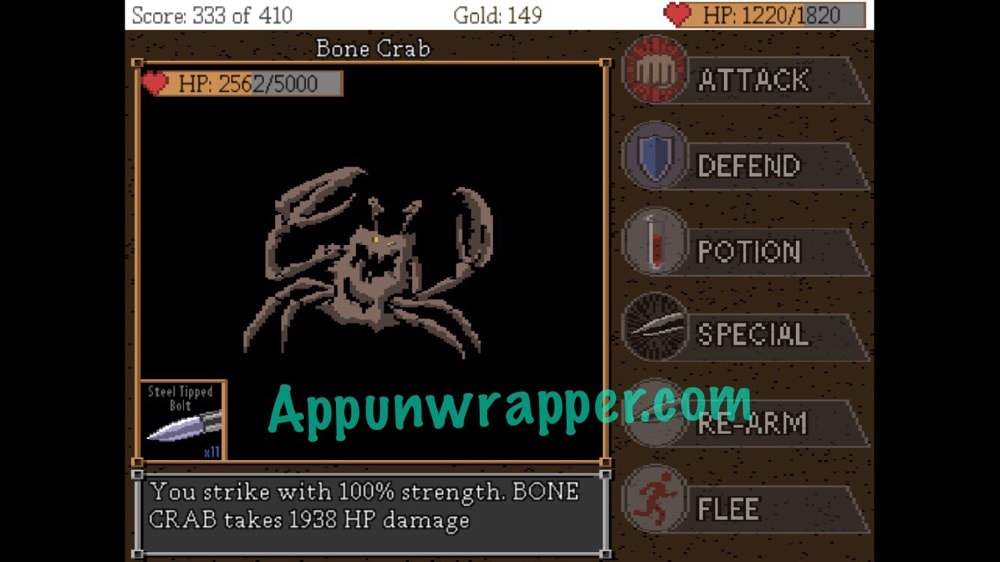 105. When he’s gone, take the wolfsbane. You can also fish here for bass, catfish, pike and eel. 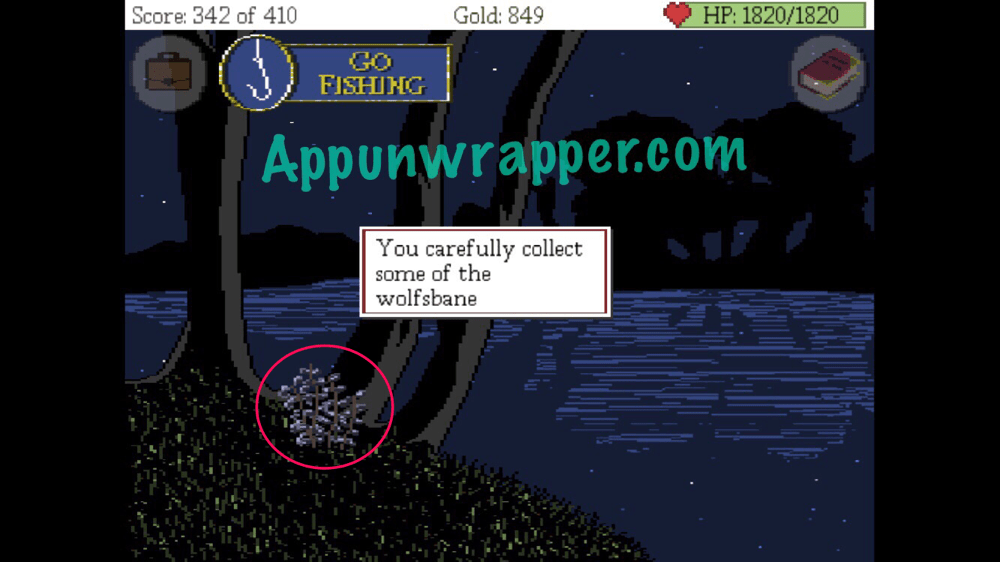 You said that we have to combine the stick with the metal plate but you didn’t mention WHERE we find the stick.

It should have been earlier on. Let me make sure that part it is in there.

Just checked. Should be at the bottom of the first page of the walkthrough. It’s easy to miss.

Yes, you mentioned it in the Nightshade forrest.

Where to find the honey used to catch fireflies in the cave?

well I found it.

Tell me how to kill Mr. Bellow. I
have a malachite bolts Health 580. It restores
health when his health drops to 710, and
malachite bolt kills 500.

You need a tattoo to prevent him from regenerating health.

the map is in the bottle , you take a bottle and broken in the pit of the city store, when talk with the fisherman “man u sold the fish” i dont remember te name!

Where did you get the black tar?

It’s from the black puddle on the ground after you defeat the tree demon.

Where do i find the second piece of map?

Where to find the honey used to catch fireflies in the cave?

i cant see Where to find the honey used to catch fireflies in the cave?

Ok! So I’m in a weird situation here… In step 46, you mention that there is forest demon with 950hp but the problem is that it nowhere to be found! And I have no recollection of ever fighting it (or maybe I did?) However I can tell you that I have 4 amulets at the time that I have to go to the mountain of ice or whatever it is.

He’s not at the location where the arrow is pointing in my photo?

I was stuck on the shovel part, how were supposed to know to use those parts to make a shovel. Thats kind mis leading. But thanks to your walkthrough I know what the heck to do now.

If you read the description of the metal part, I believe it says it’s part of a shovel/spade. So then I knew there had to be a handle somewhere. The stick was easy to miss, though!

I was unable to take the ice crystals, so I’m totally stuck because I cannot get into the lava blocked cave. Any help would be appreciated. The message I got when I tried to take the ice crystals was:
“It’d be best not to touch the flower bed until you’ve done what the ice queen asked you to do. You really don’t want to anger her anymore.”