The Past Within
By: Rusty Lake

Ever since I played the innovative two-person co-op adventure game, Tick Tock: A Tale for Two, I’ve been hoping for more like it. Well, who better to answer the call than the masters of creepy room escape games, Rusty Lake? Best known for their bizarre Cube Escape series that was inspired by Twin Peaks, they now have over a dozen games under their belt that mix clever puzzles with weird settings and often even disgusting imagery. If anyone could pull off a co-op adventure game, I would expect it would be them. And I was right. The Past Within was worth the wait and every bit as weird and wonderful as I’d hoped.

So what does it mean to be a co-op adventure game? In this case, two players must work together to communicate and solve puzzles. Each person needs a copy of the game on either PC, iOS or Android. It doesn’t matter what platform you play on, as long as each person has access to the game on their own screen. When you start playing, one person chooses The Past and the other chooses The Future. That way you’ll each be seeing different things and can help each other make progress. A simple example would be early on where a letter shows up in the past with a date on it, and the person in the future needs to know that date so they can enter it into their computer. More complex puzzles could involve describing symbols to each other or where to find hidden compartments.

Part of the game looks exactly like the the Cube Escape games we’ve all come to love. You’re inside a room with a two-dimensional crude art style and you can move around to look at the four walls individually. But, for the first time ever, we also get to view the room — or cube — from the outside, in a 3D environment similar to that of The Room series. It’s still in the Rusty Lake art style, but now we’re working to solve a puzzle box. The 3D sections were a surprise at first but turned out to be a natural fit for the series. I absolutely loved them and hope it won’t be the last we see of this type of game from the team. I also appreciated all the little details in the 3D sections, like the way that items you’re done with litter the table and give it a proper lived-in feel. 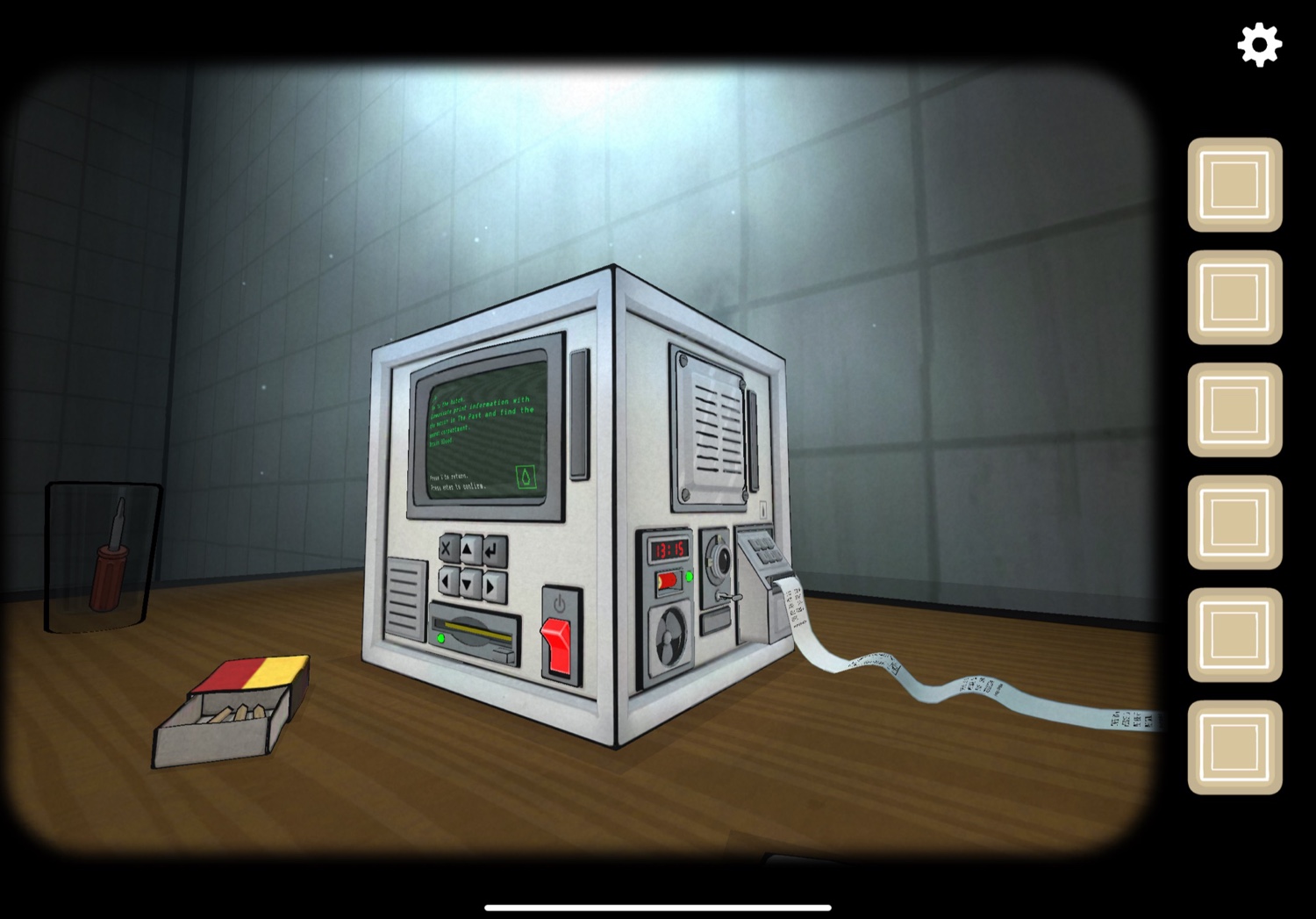 The game consists of two chapters — a total of about two hours to finish — and the first one is very much a way to ease you into the whole idea of cooperating with a friend. The second chapter is where the game truly shines and will offer a ton of surprises whether you’re playing in The Past or The Future. It really is worth going into that chapter blind, so I’m trying not to include photos of it or go into too much detail. When I experienced each for the first time, I was glad all the official marketing had avoided showing it, so I want to give my readers the same courtesy.

Another thing I appreciated was that there are two separate games to choose from — the bee or the butterfly — where the puzzles are the same but many of the solutions are different. For instance, in Bee you might need to closely examine the painting of the tree, but in Butterfly you would focus on the painting of the crow. The second playthrough will still go quicker because you know what you’re looking for, but the variations make for a more enjoyable experience than having the exact same answers.

Even though a lot of progress requires communication and cooperation, there is still some stuff you do on your own as in a regular room escape game. So it’s unlikely you’re going to communicate every little thing you’re doing, but rather announce when you have something that could be useful to the other person or need something from them. Therefore, when we started a new game and I chose The Future instead of The Past, there were a lot of surprises for me despite having some general idea of what to expect. Even on a second playthrough, neither of us was prepared for what we saw in that second chapter. And there’s also some joy in recognizing what the other person just saw and finally being able to relate to it together. 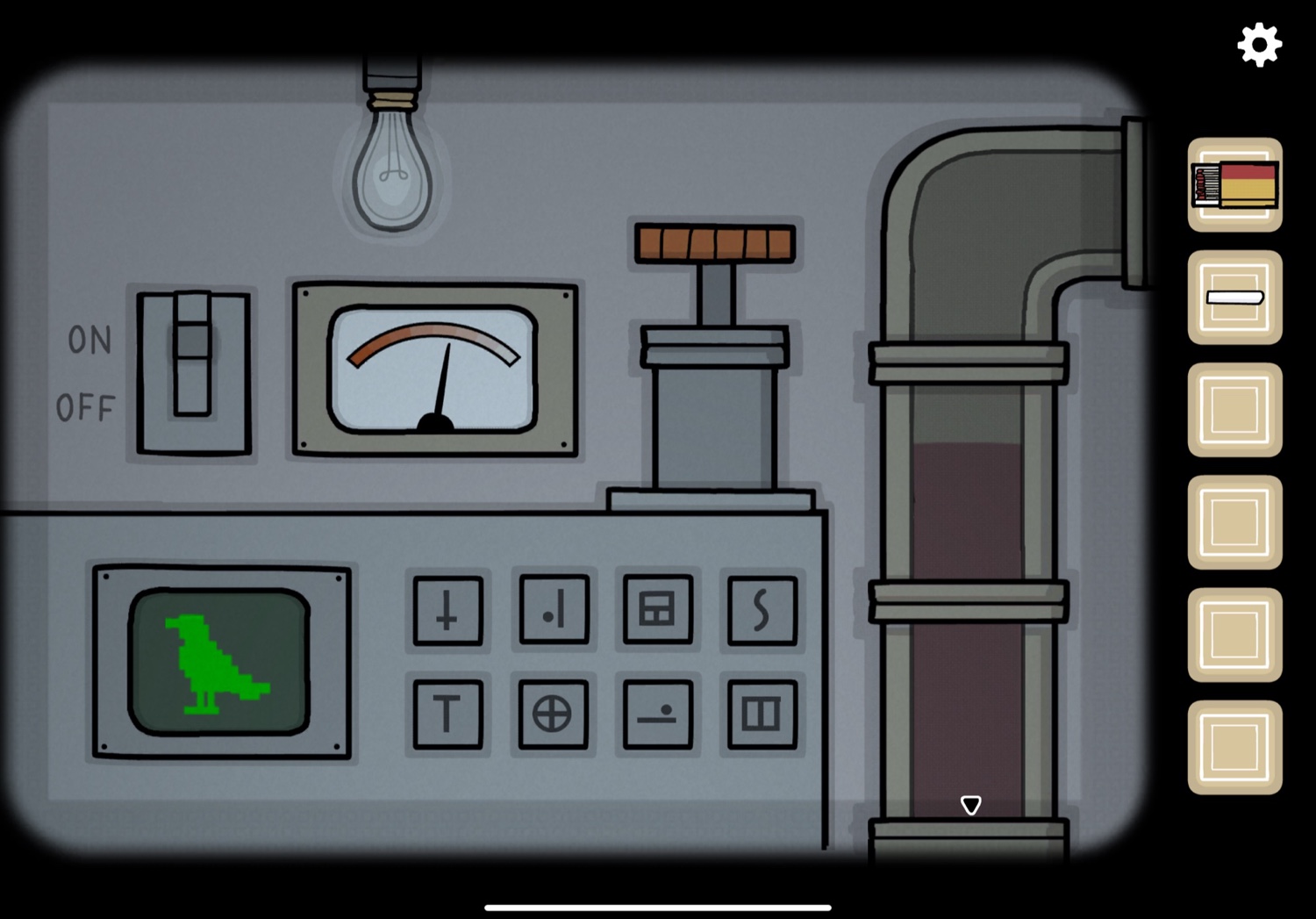 Overall, my friend and I had a wonderful experience with the game, but there was one puzzle that we found overly frustrating to work through over voice chat. It involved describing a sequence of abstract symbols to each other on a timer, and we found it very hard to keep things in sync. One of us was always waiting for the other and then having to restart because the timer ran out. The sequence wasn’t always the same, so that complicated things even further. Also, while it can be exciting to discover an achievement, I’m not sure there’s a place for them in a game like this. If you want to hunt them down, you’re going to either need to bother others to keep replaying it with you to look for what you missed or you have to sit down with two screens and do it yourself. Neither option is appealing to me so I’m just going to live without the achievements I didn’t get.

The Past Within was everything I expected and so much more. I played with the same friend that completed Tick Tock with me, so we got into a rhythm pretty quickly. I was especially impressed with the second chapter and also glad to see that both The Past and The Present offer compelling environments and interactive elements. It’s hard to say now which I prefer and I think it’s important that both players have a satisfying experience even if they choose not to replay the game. That said, I do recommend replaying so you can each see what you missed on the other side. All in all, The Past Within gets an easy recommendation from me, especially if you have someone in mind to play with. And if you want to try before buying, there’s a free demo with different puzzles so it doesn’t spoil the full version. If you’re ready to explore The Past and The Future, grab a friend and The Past Within here.