Haiku Games is back with another Adventure Escape game, which picks up after the events in Hidden Ruins. Professor Burns and Rachel are back, and are likely going to get themselves into trouble. There are some tricky puzzles, so this walkthrough guide will help out with hints, tips, solutions and answers. Feel free to ask for extra help in the comments section.

You can watch my video for Chapter 10 or continue below for my step-by-step guide.

1. The room is filling up with water! Break off the goddess statue’s arms. 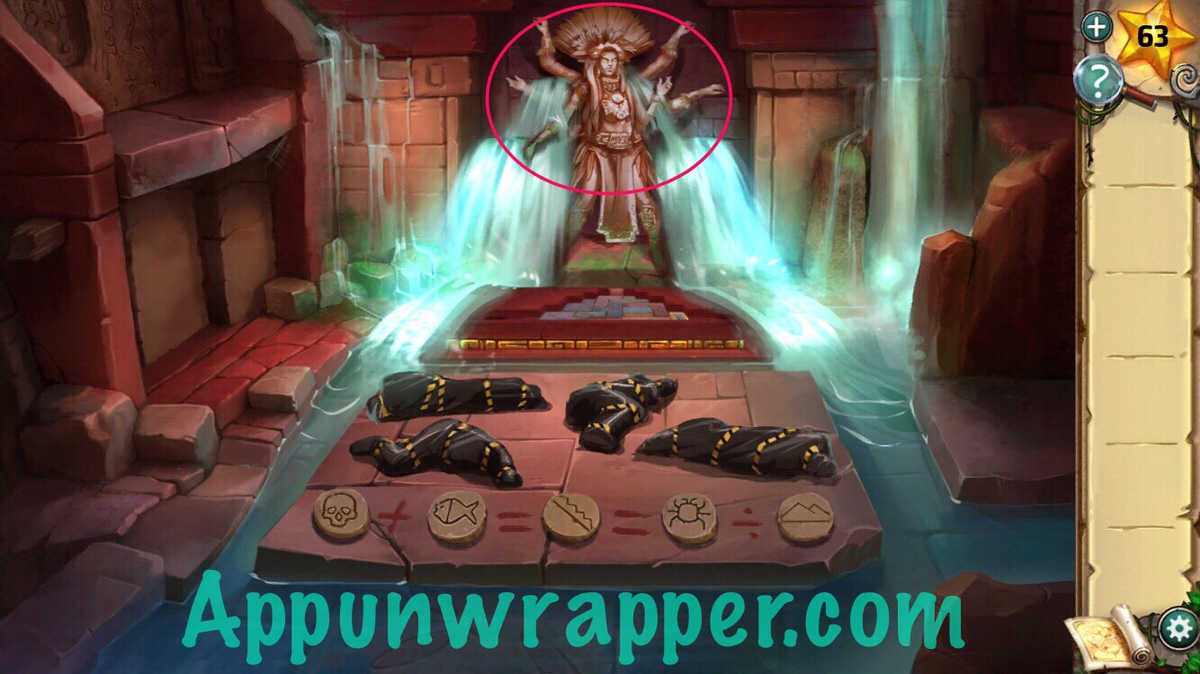 2. Use the arms on the flower-like tile to lift it up. Xochi will come through and summon the Storm Goddess! 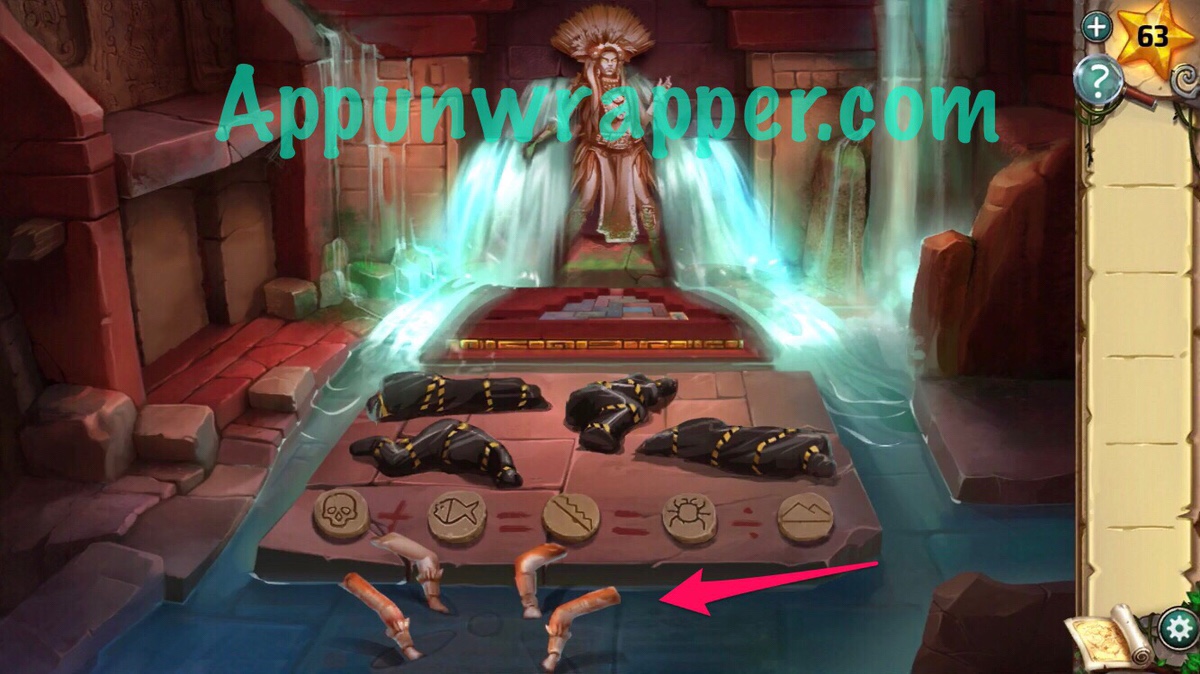 3. Read the mural. Uhhh it says the murals were their downfall because the plaster for the murals used too many trees? It also explains the steps of the final ritual. 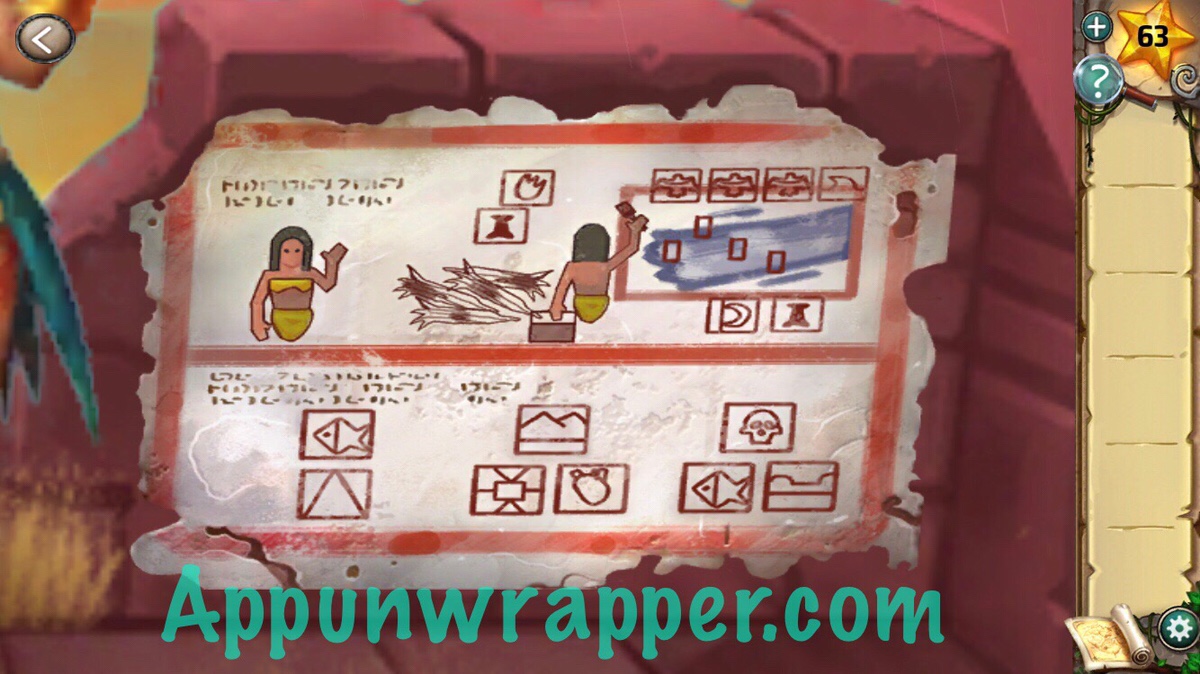 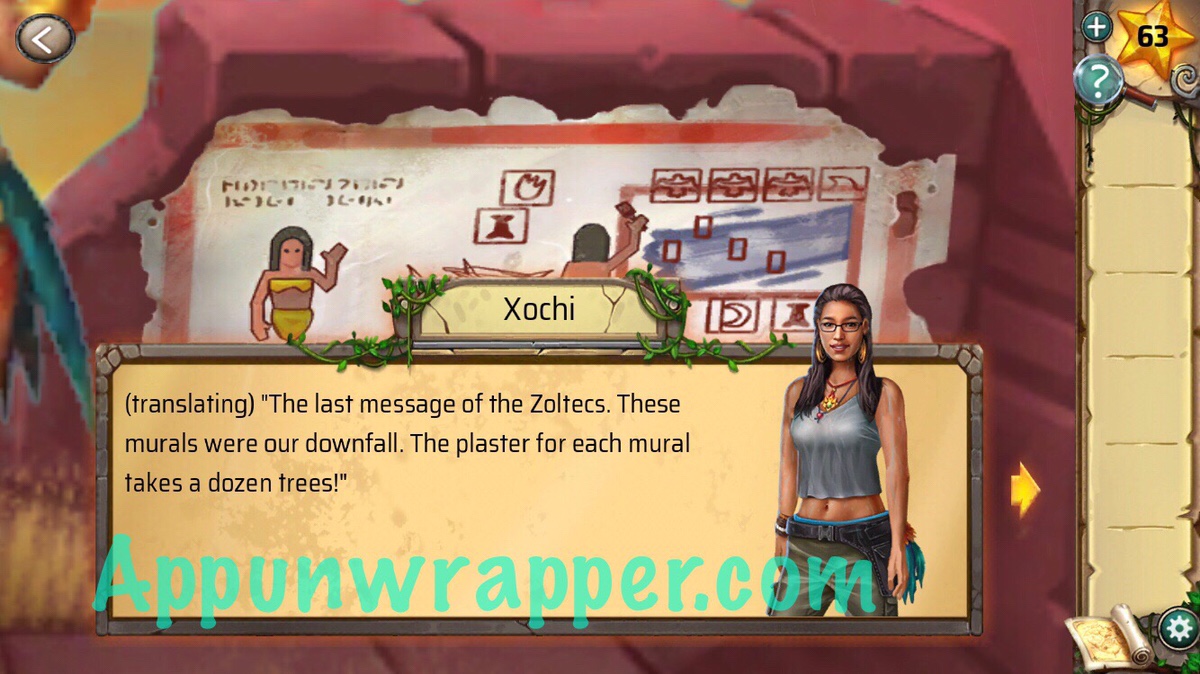 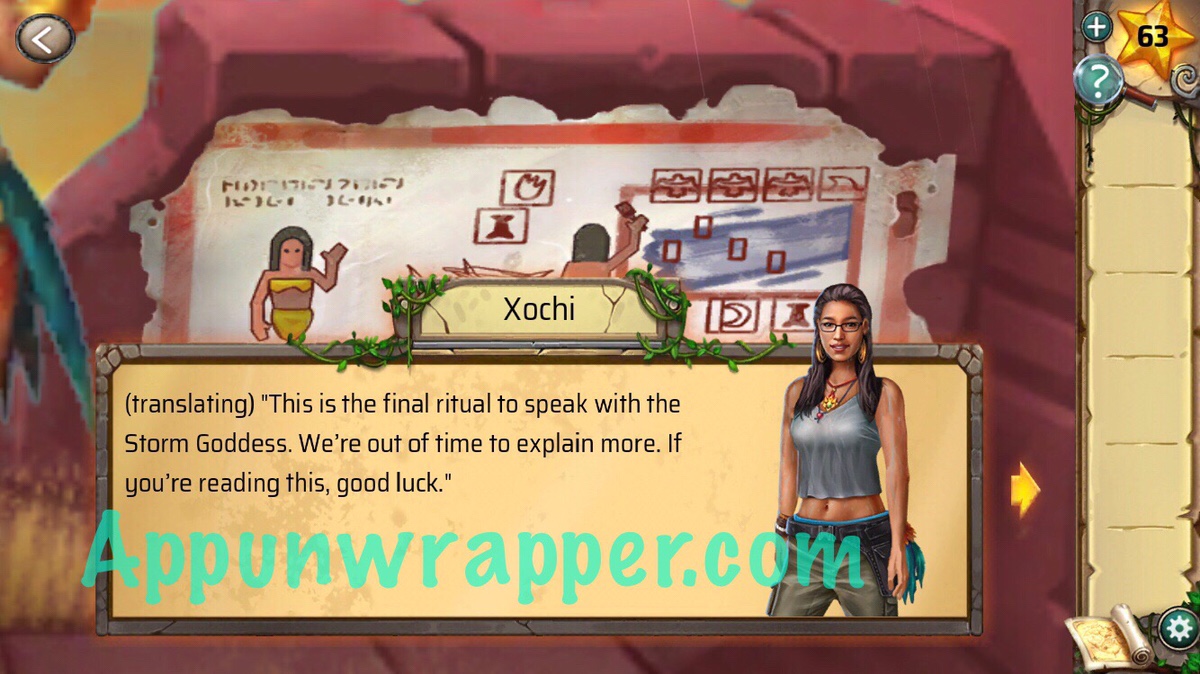 4. Tap on Peter. He’s turmoil-free, so he’s allowed to rise.

5. Tap on Rachel. She’s not turmoil-free, so she has to pass her test, which involves a memory of the day her parents were fighting.

6. Look at the family portrait. Lift up the couch cushions to find a handkerchief. There’s a bag on the table. Open it to find a gift. The ribbons are too tight to untie. Open the drawer and take the paper scissors. Rachel won’t use them on the ribbon, so open the glass cabinet and get the fabric scissors. Use them to open the package. 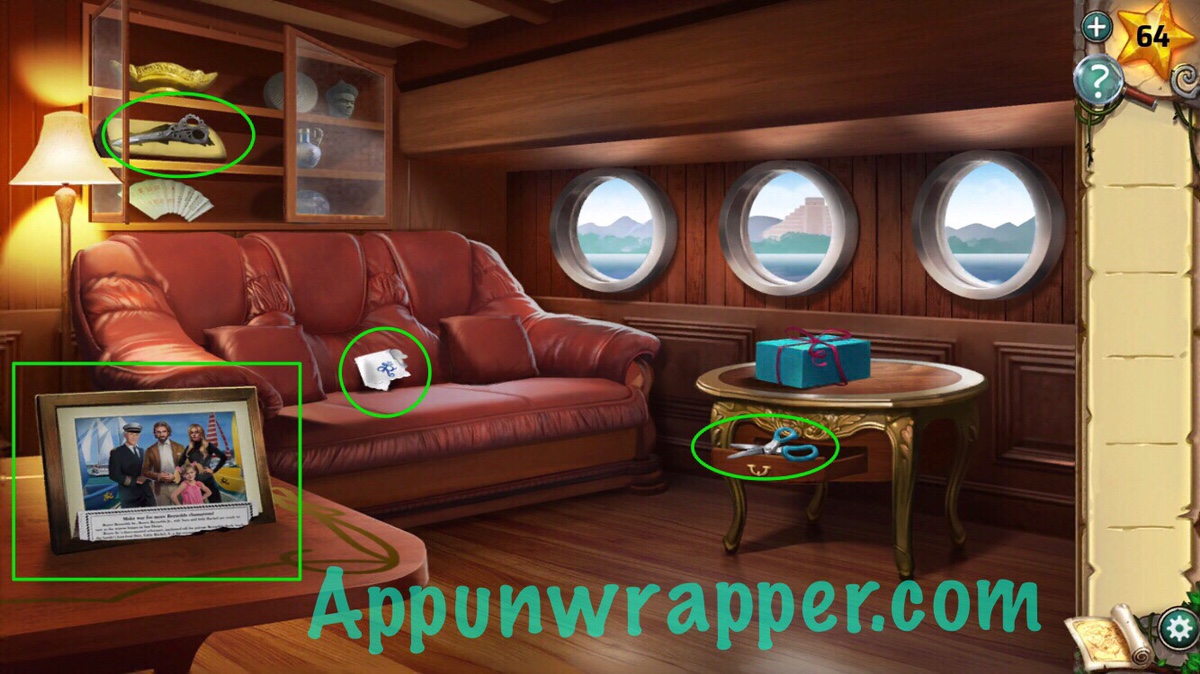 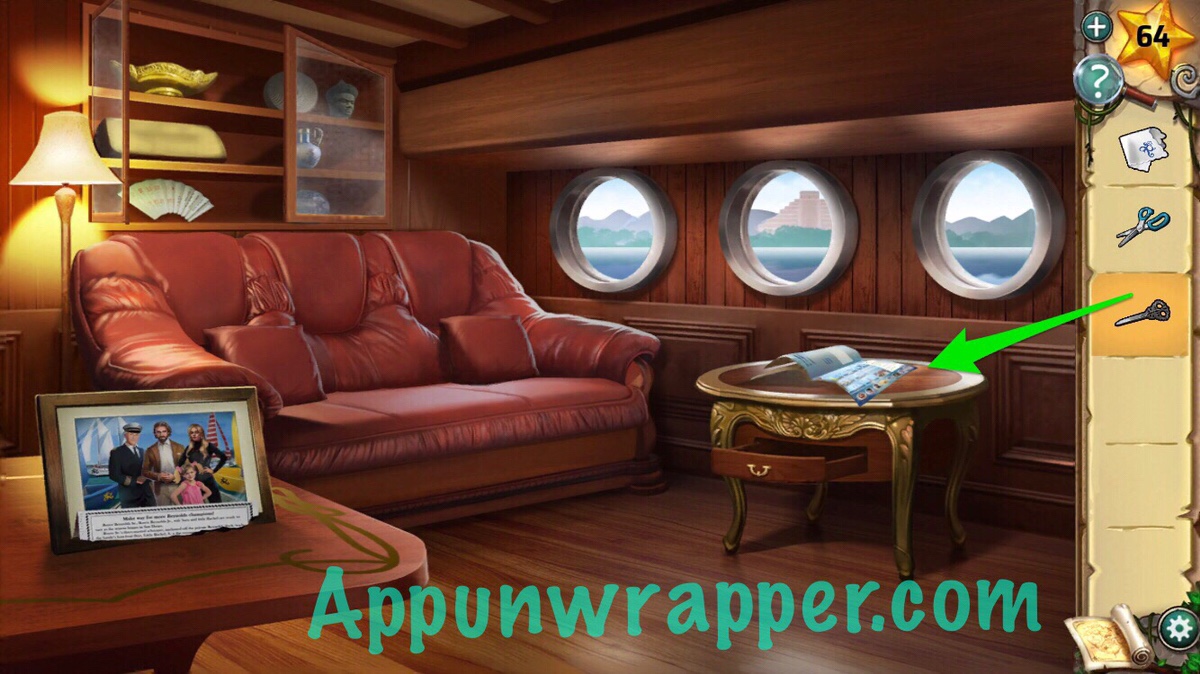 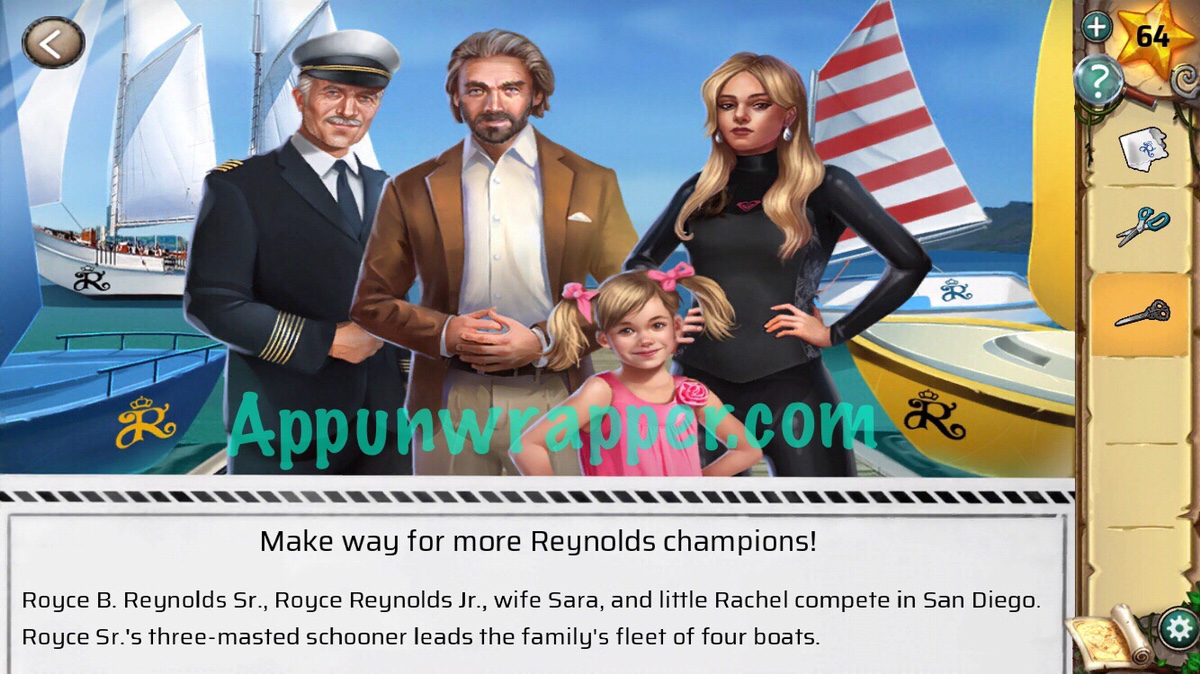 7. There was a puzzle inside! Use the handkerchief to dry it from her tears, first. Then use the paper scissors to cut out all the tokens. The family photo told you what her parents and grandfather look like. It also tells you what their four boats look like. Now you need to place them all on their boats using the information given. You can copy me if you’re stuck. Rachel passes her test and can rise. 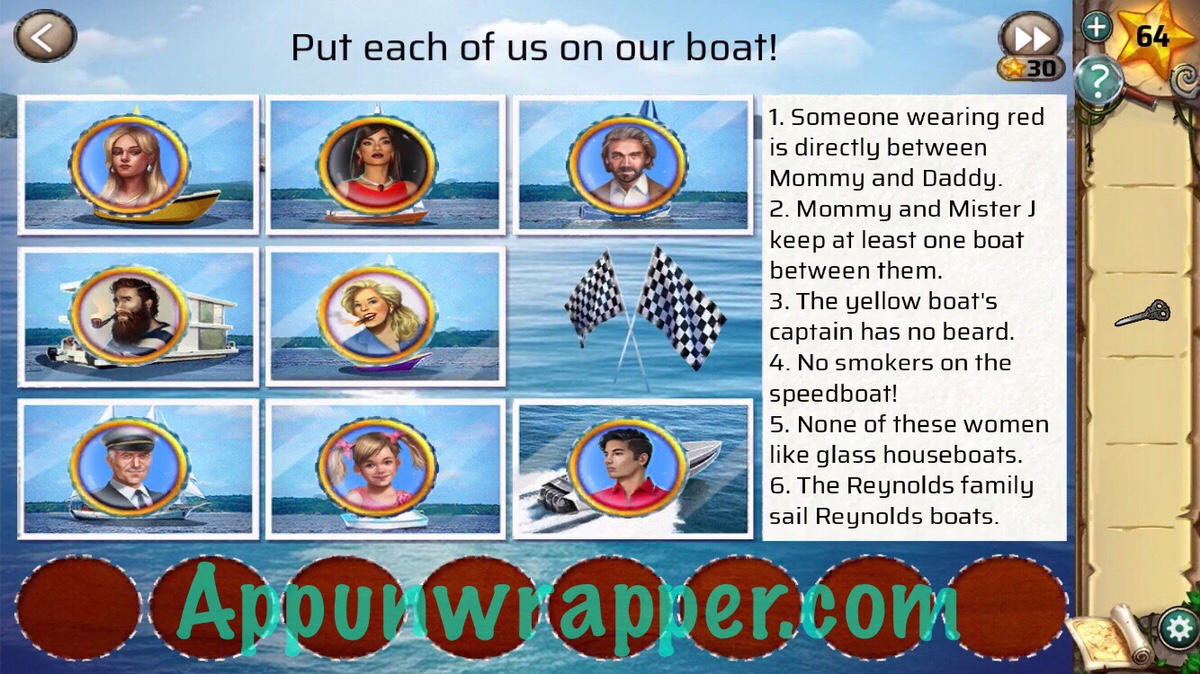 8. Tap Professors Burns for his test. Grab the pick. Open both tents and grab the trowel and toothbrush. 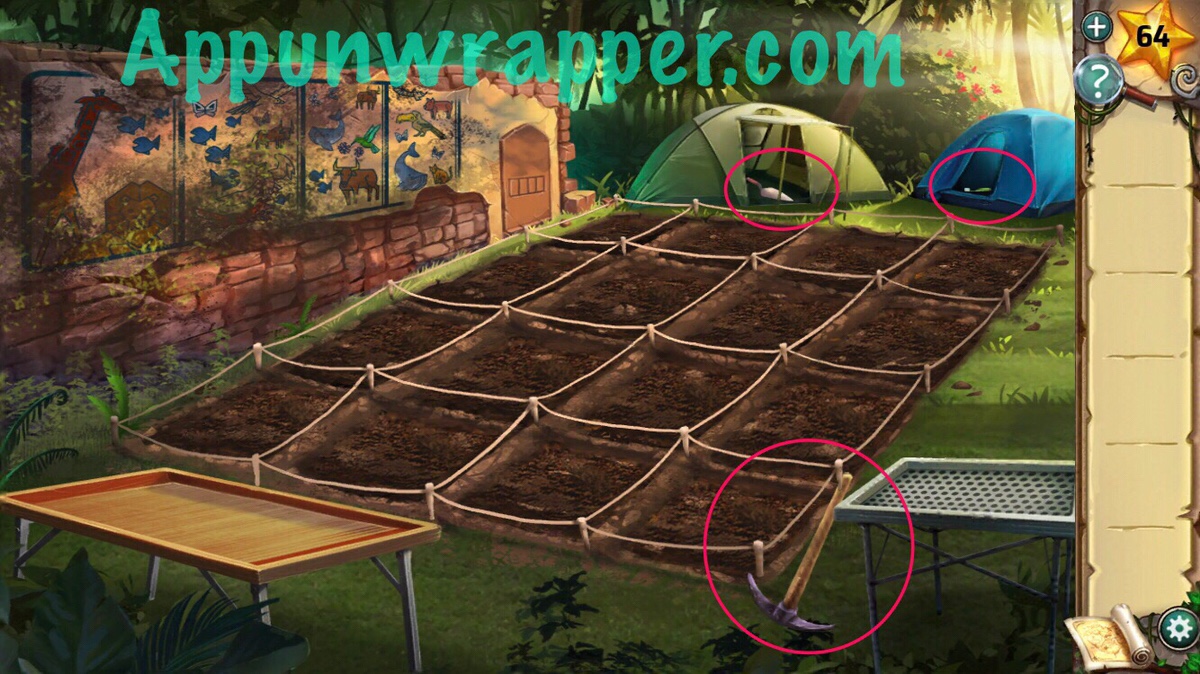 9. Use the pickaxe and the trowel to dig through all the dirt. Find the promising dirt and take it. 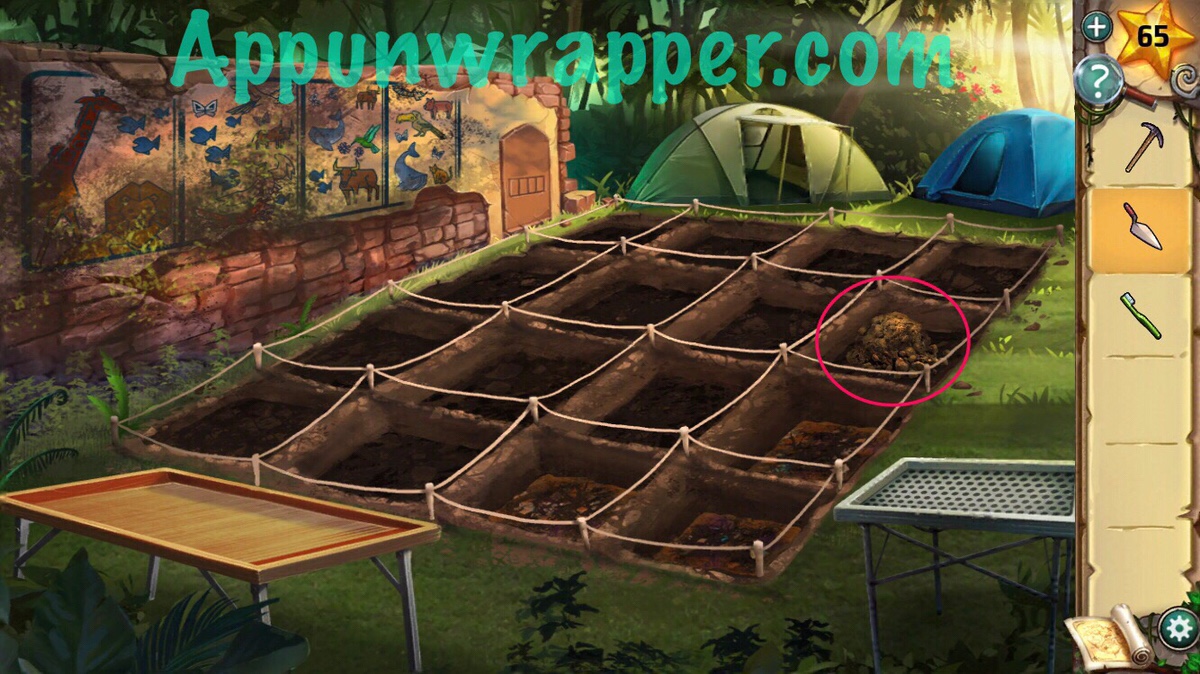 10. Place the promising dirt on the sifting table. There’s a vase under all that dirt! 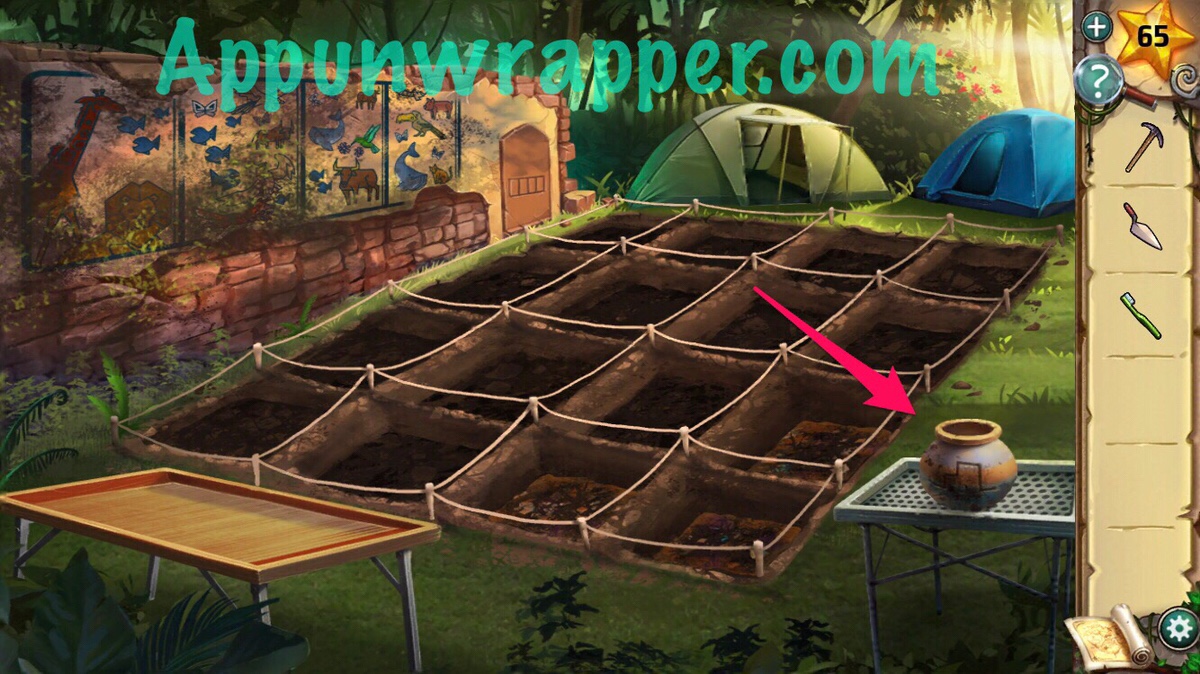 11. Use the toothbrush to clean off the vase. Then zoom in on the pattern on it. 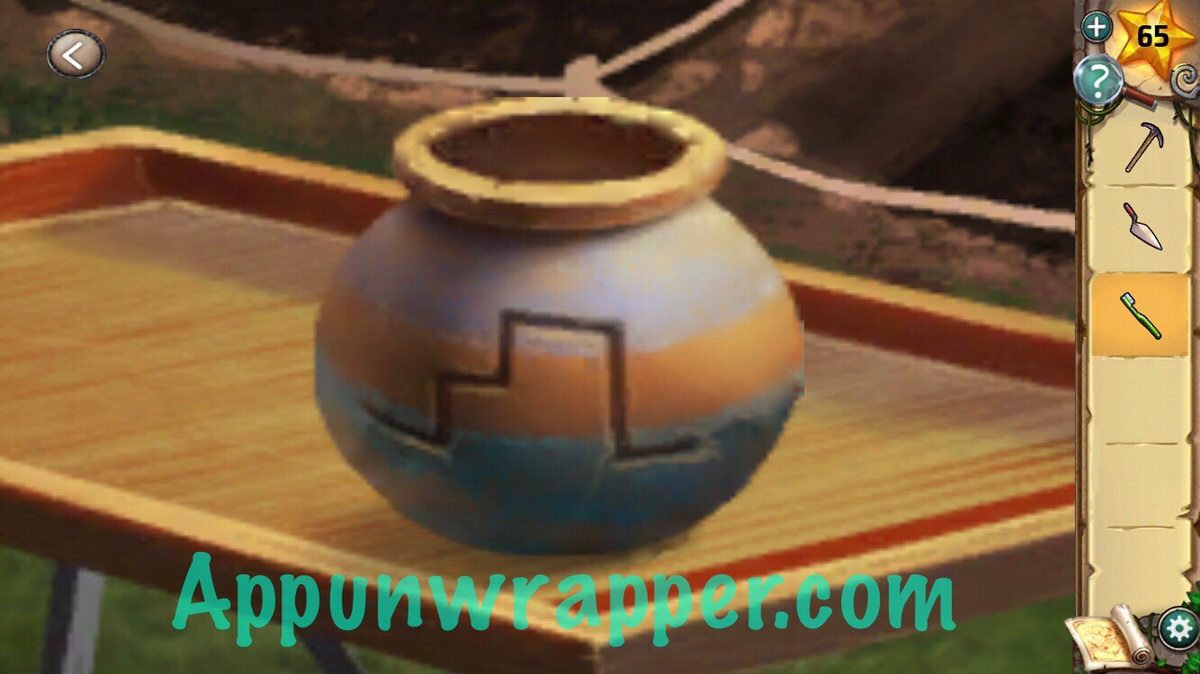 12. Use the toothbrush to clean off the mural so you can see all the animals. 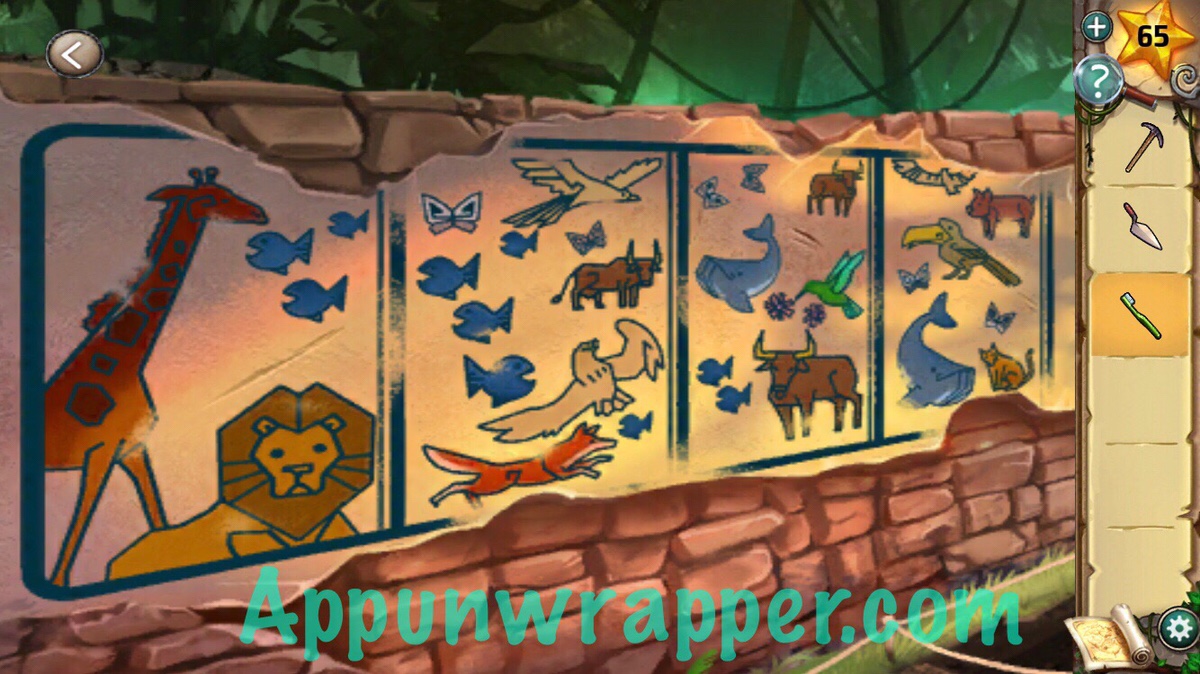 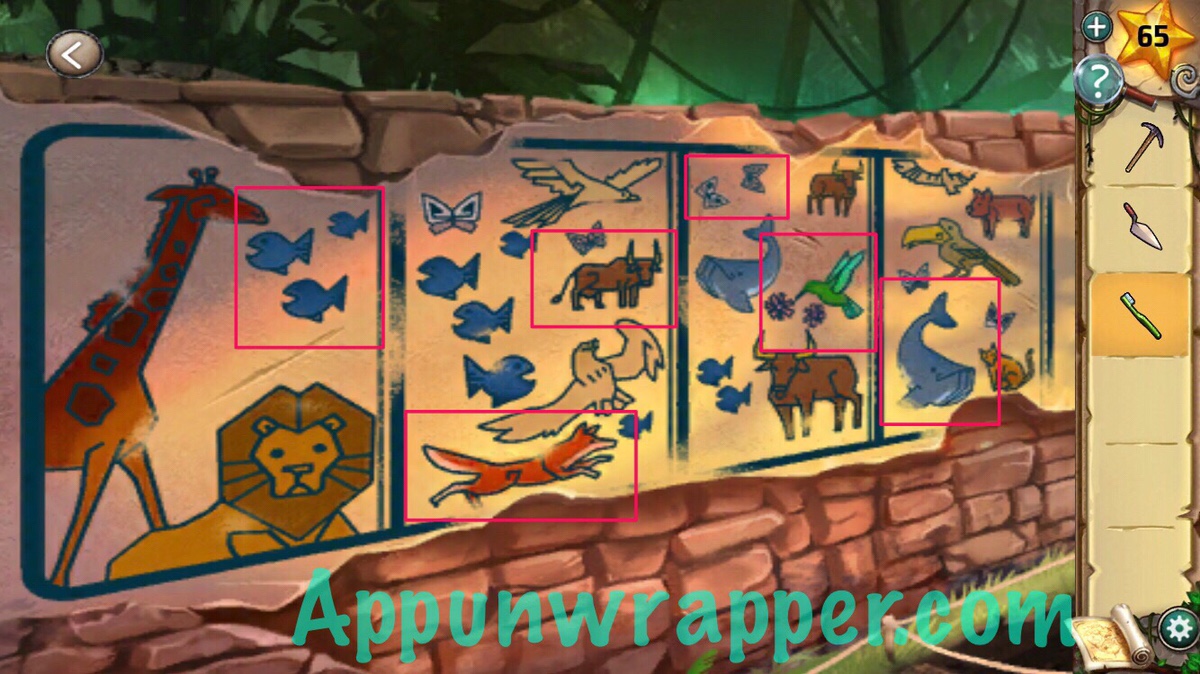 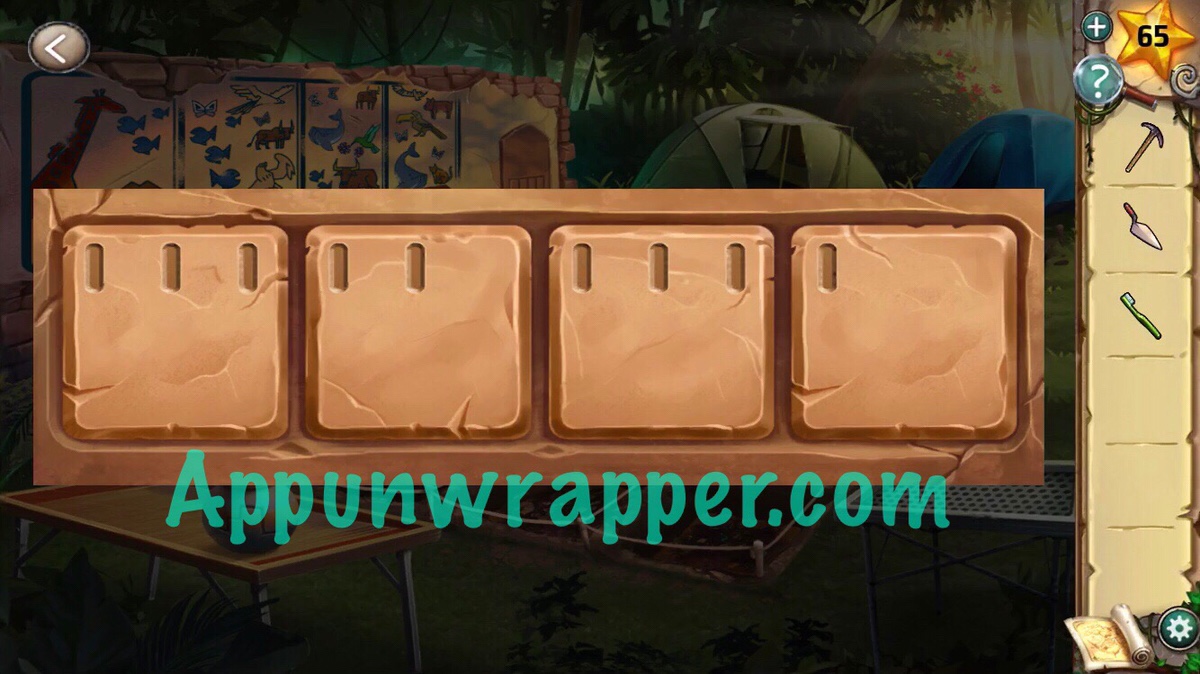 14. Tap on the entrance and see how Theresa died. Larissa is not a nice person, by the way. 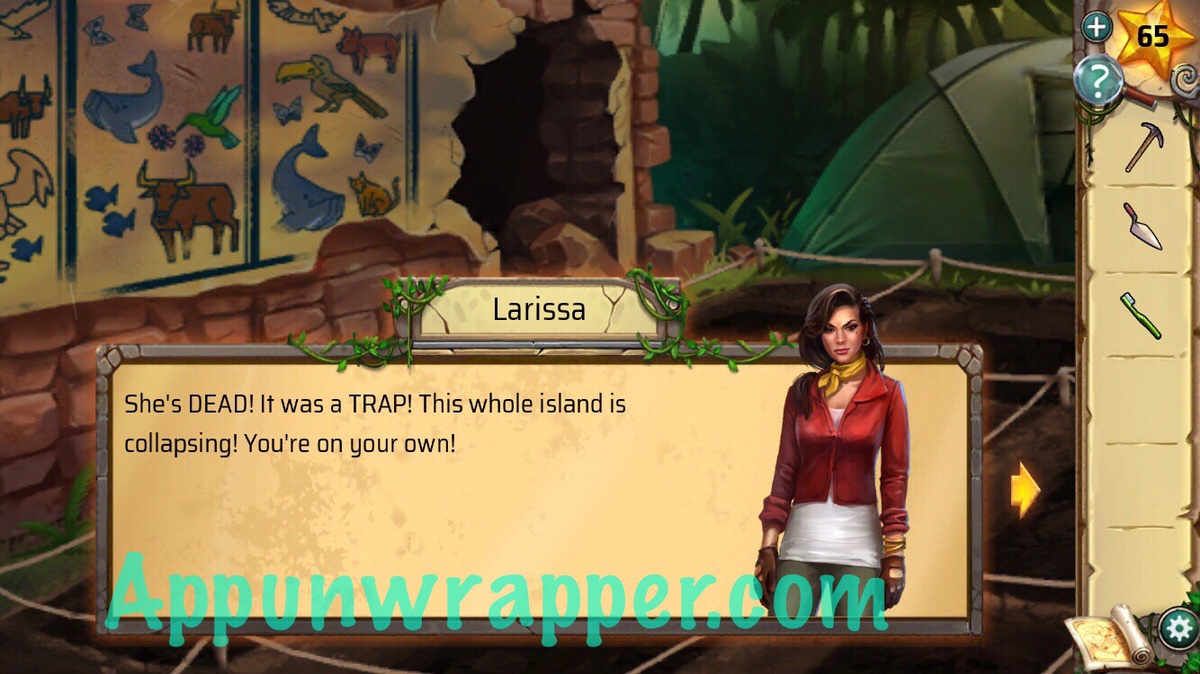 15. Now tap on Xochi. She has to answer three questions.

Q: Which of my animals threatened you most?

Q: What is the correct order of the final ritual?

A: Rise, open your heart, and sacrifice one.

Q: Why was this city flooded?

A: The Zolteca destroyed their forests.

16. And now, tap on Les for his test. Sounds like he didn’t get his doctor’s permission to go on this trip because he only has three weeks to live! But he’s not willing to accept that. Pick up the unsigned insurance form. Go through the hazardous waste to get a post-it scrap. Take the forceps from the counter, a brochure with a tiny tiny map, a doctor’s signed receipt, and a penlight from the drawer. 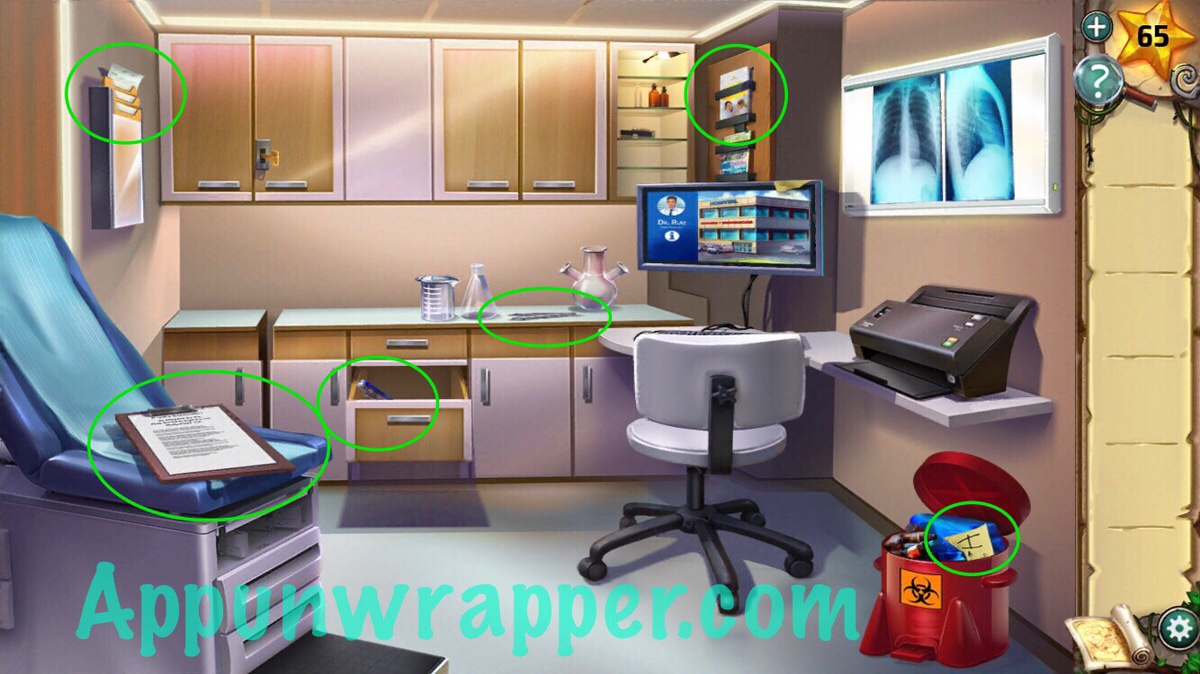 17. If you try to use the key in the cabinet, it falls. Use the penlight and forceps to get it back. 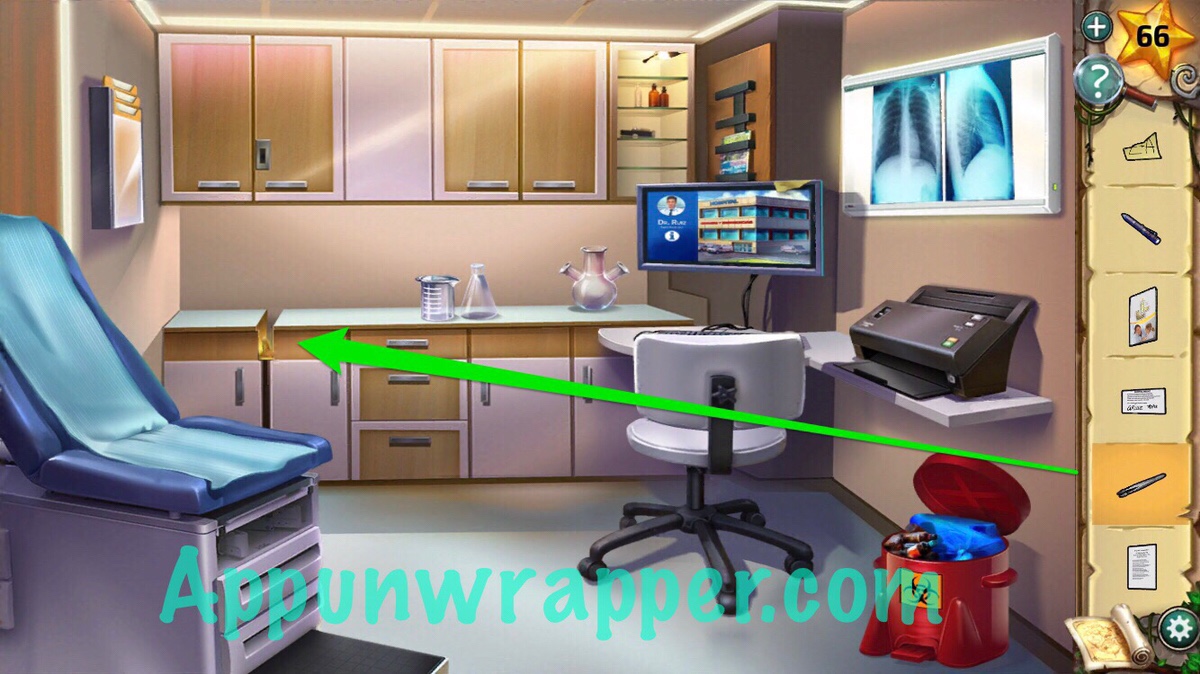 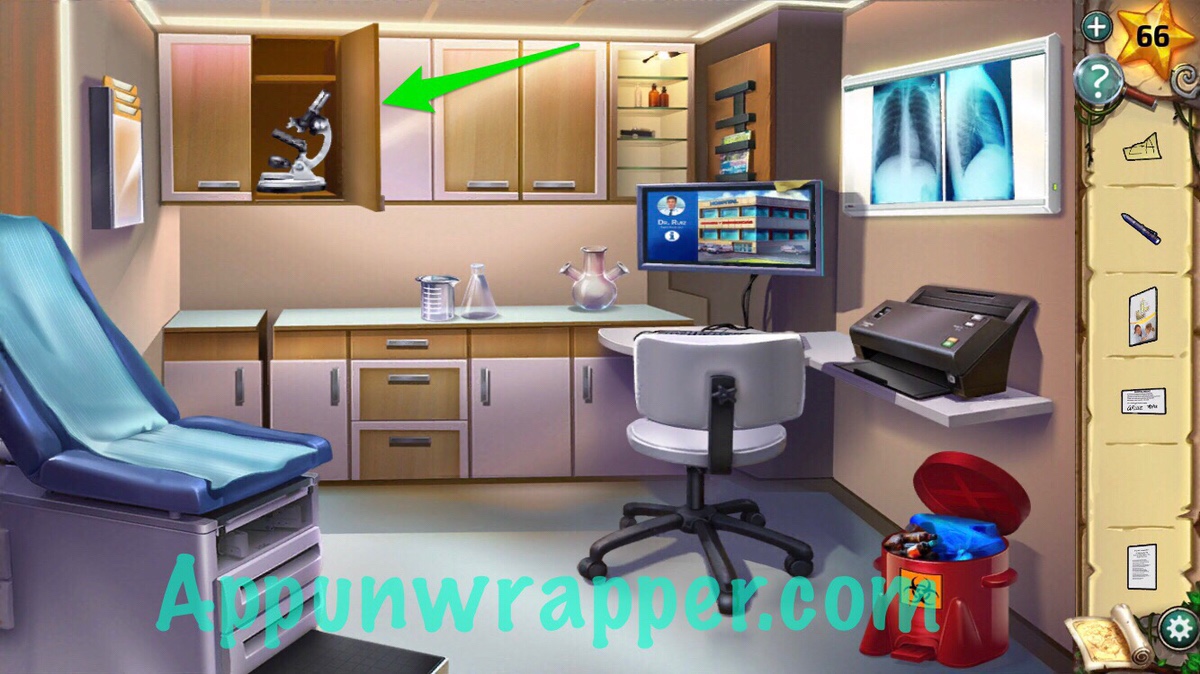 19. Take the x-rays down and place the unsigned insurance form and doctor’s signed receipt up there instead. Now use the penlight to trace the signature! Go slow and stay within the lines. 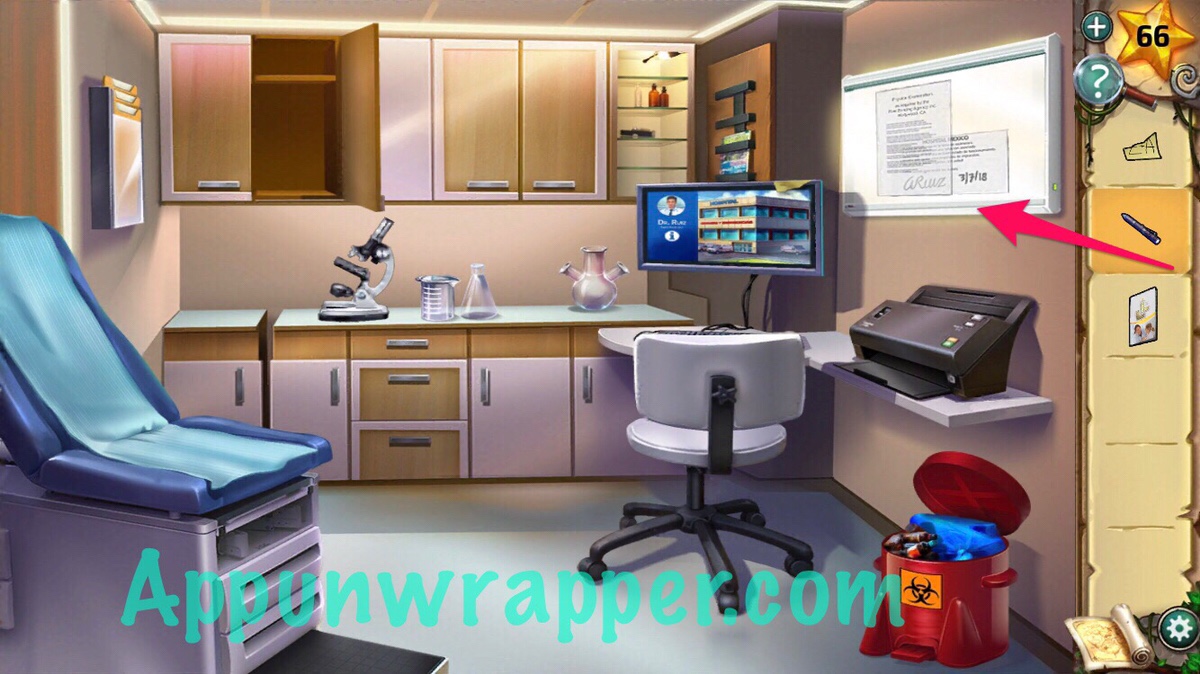 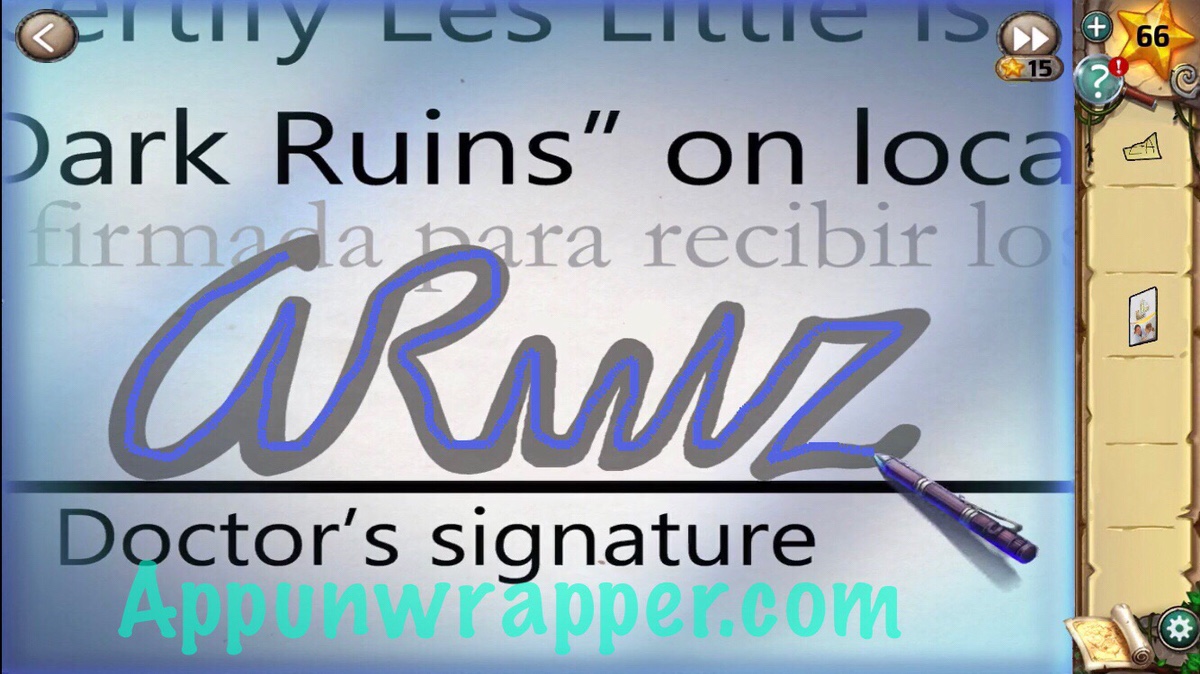 20. Use the microscope to look at the tiny tiny map. It shows you all the doctors’ offices on the first and second floors. 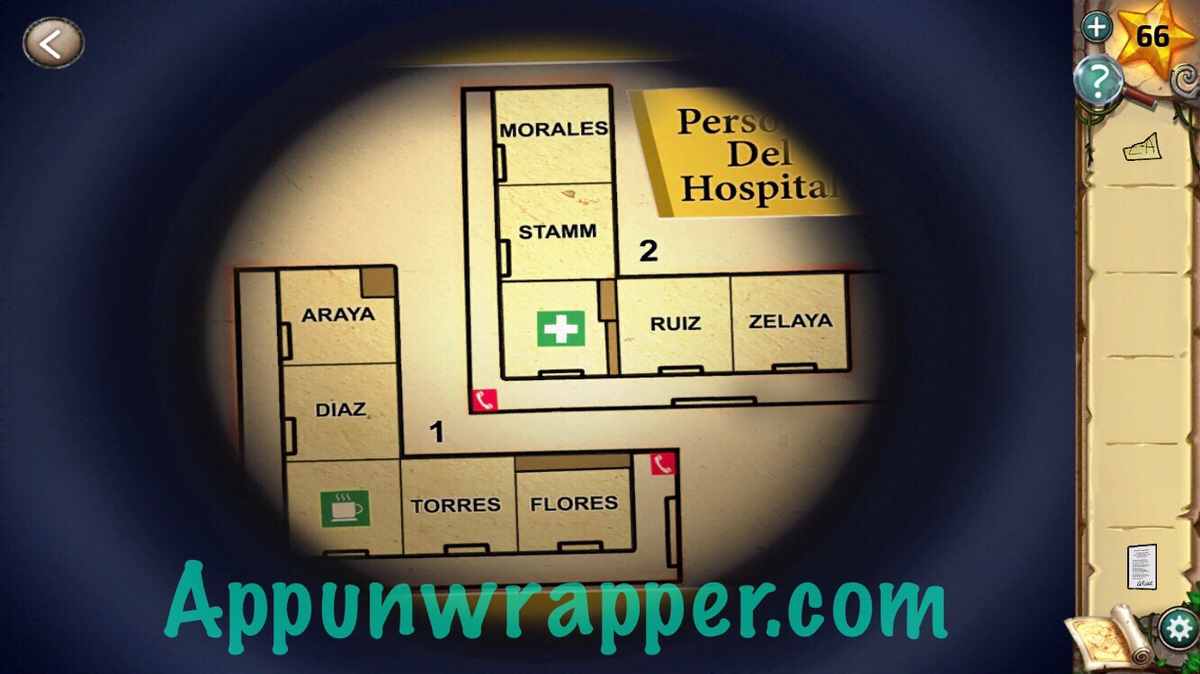 21. Tap on the computer screen. Add the sticky note. It says Z –> A. It’s telling you to tap on the doctors’ office windows in order from the names starting with Z all the way to A, so reverse alphabetical order. So it goes:

Press them in that order to unlock the computer. 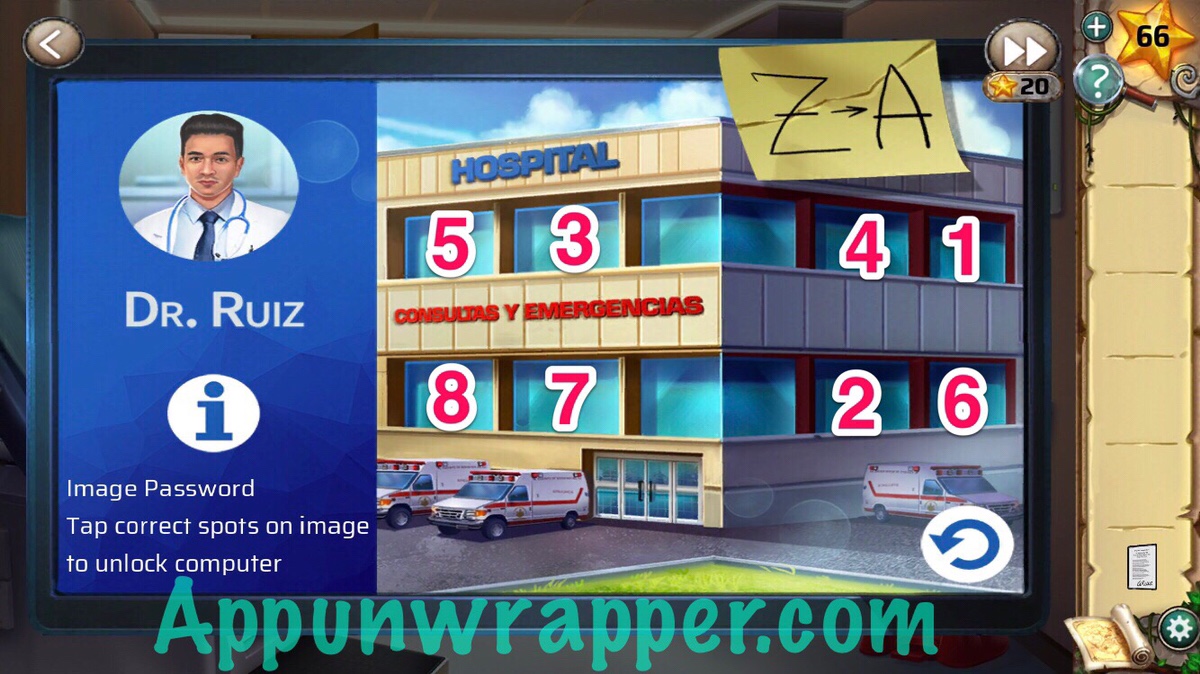 22. Feed the insurance form into the scanner and send it. 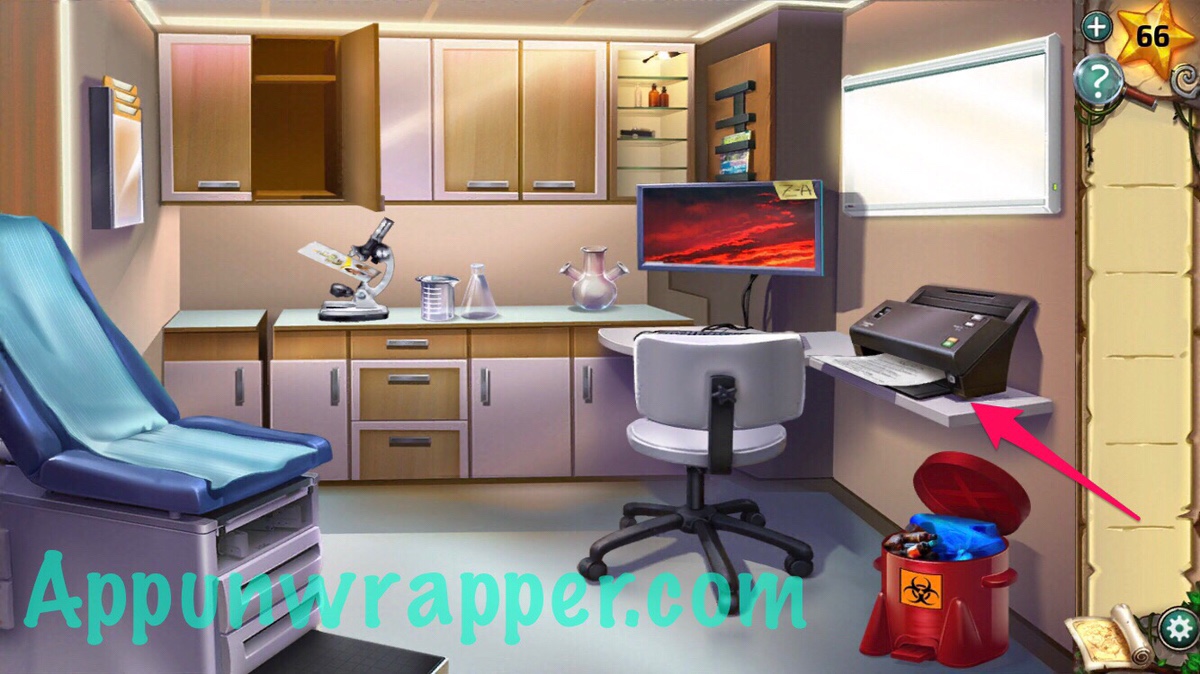 23. Everyone passed their tests and Les is about to sacrifice himself. Everyone is oddly ok with it, but then the sheriff interrupts them. He wants to wipe out humanity. We have to stop him! Take the drone.

24. Use the drone to knock the sheriff into the water. He’s the sacrifice! Les gets to live! The end! 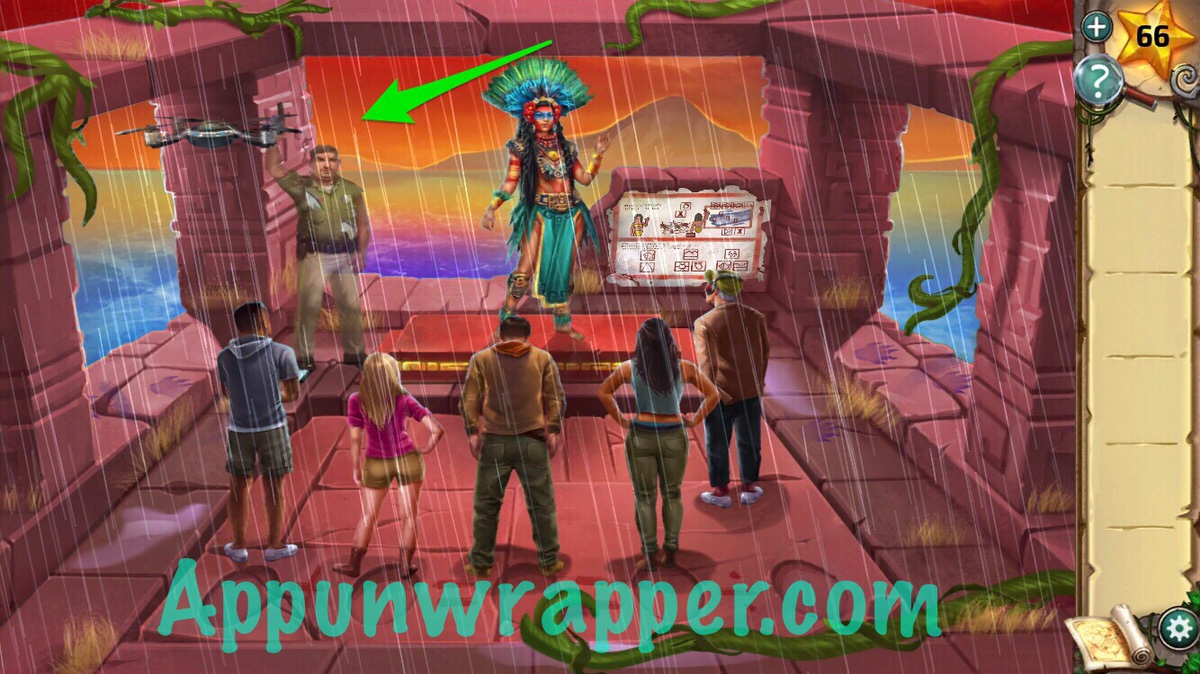 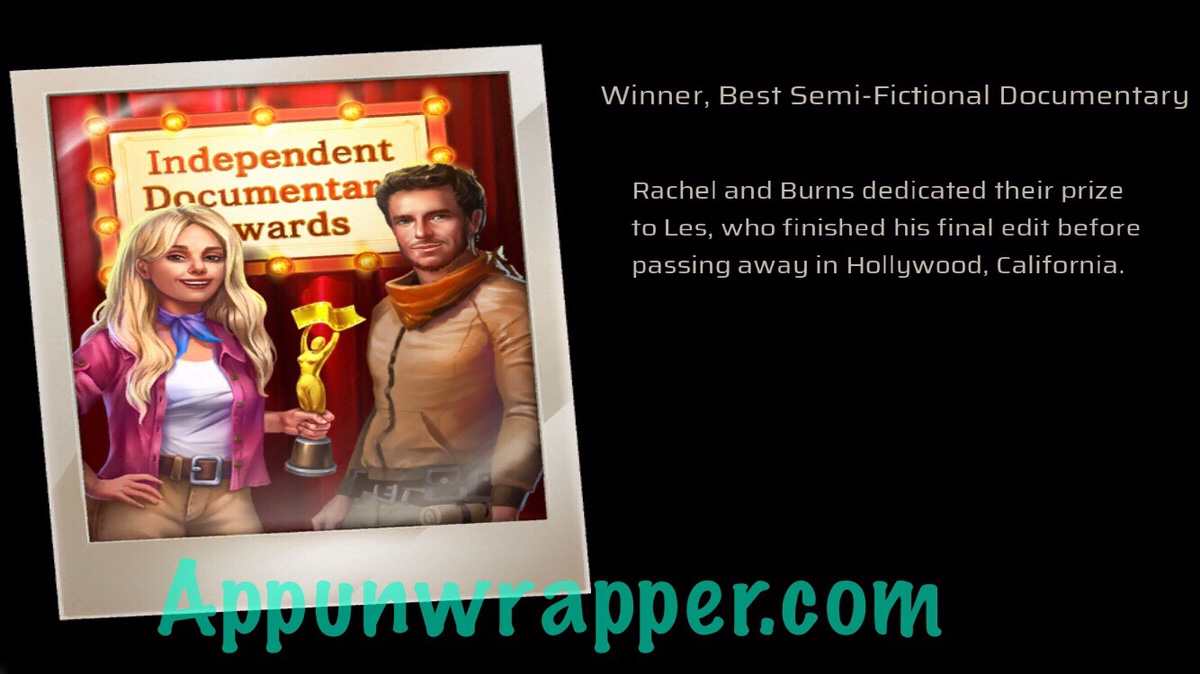 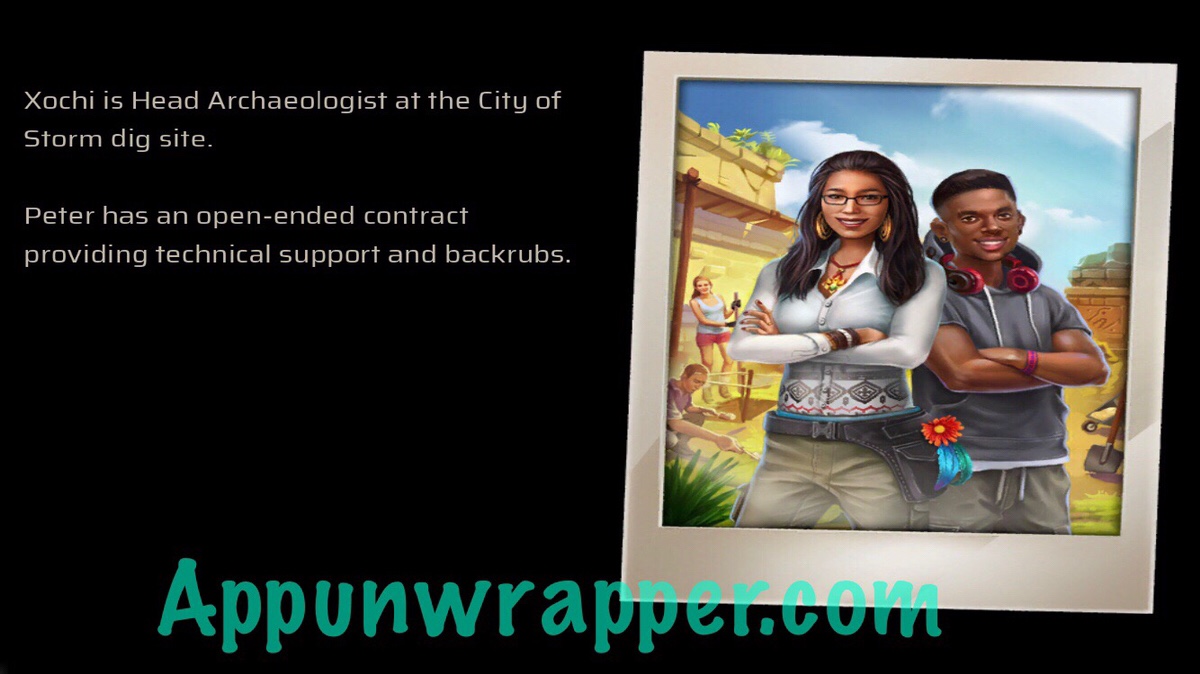 Try these other Adventure Escape games.